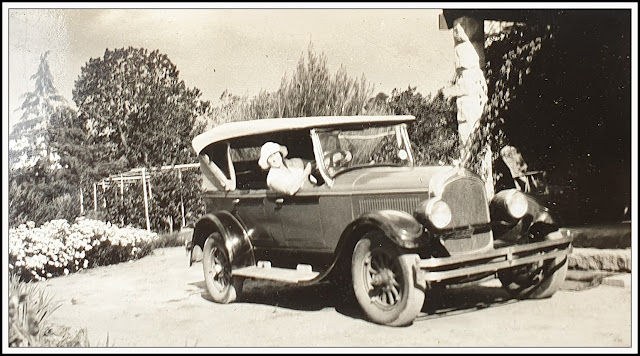 A rummage through some old photo albums at Dot's house last Sunday brought my attention to a few photos from my dad's side of the family. It's nearly 30 years since he sadly passed away, but he must have been responsible for a few notes in the 'Whitby Album'.
For example, the lady in the car at the head of this posting may have been my Great Aunt Gertrude. She looks very proud of her splendid carriage. The year may be approximately 1932. She was a grumpy old lady when I encountered her at my grandparents' house in Shrewsbury in around 1954.
The Auburn car may have been made in America, but it had travelled half way around the world by the time this next picture was taken. 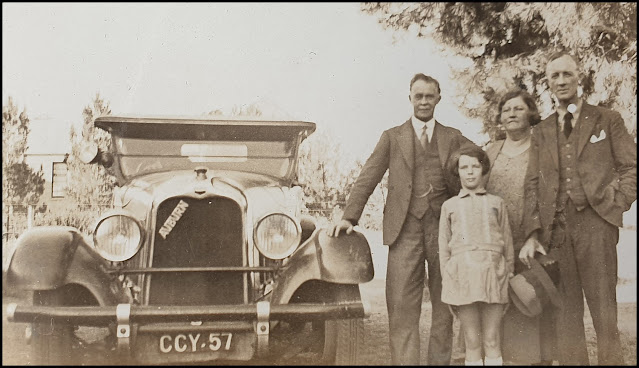 There are several pictures in the album of families standing proudly next to their cars, even outside a petrol station in this next offering. 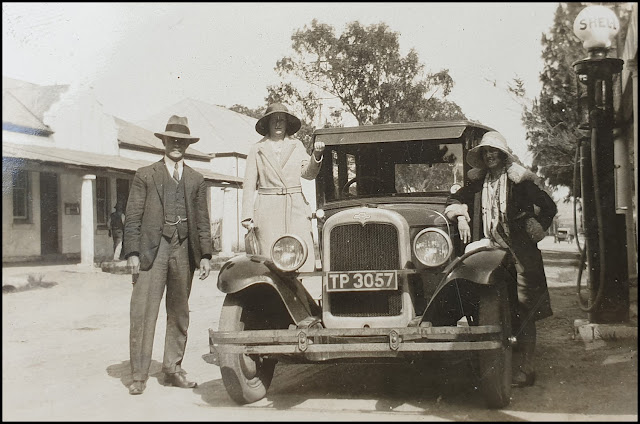 My dad thinks the picnic spot in the next picture may be 'The Springs' near Pretoria. I suppose it does make more sense if the car is parked next to a spring, rather than a mundane setting next to a river. 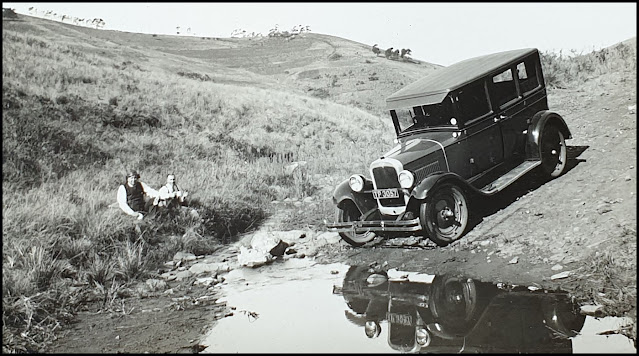 Thanks go to Nick, who has identified TP 3057 as a 1930 Chevrolet Universal AD 4-Door Sedan, though Alan R reckons it's a 1924 model.
The next picture is from a blurred original, but it is a splendid vehicle, perhaps owned by my Great Uncle Arnold, who's wife (Aunt Dossie) corresponded with my dad well into the 1970's, if I remember correctly. She sent him big bundles of foreign stamps. [Alan R comments: The white car with the ladies is the 1925 Studebaker Special six. What a wonderful car.] 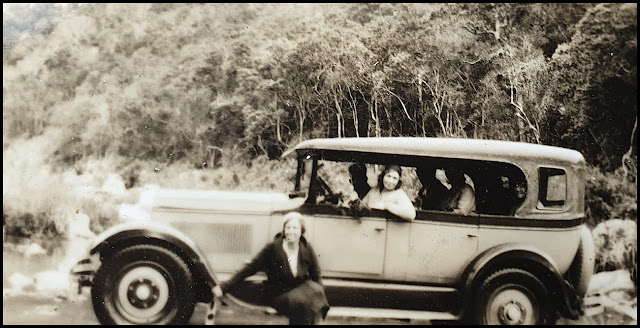 I have no idea who this next chap is, nor I suspect did my dad, who was probably younger than ten at the time. I thought the car might be a Morris 10, but the badge isn't right. (Alan R thinks - and I agree - it is an Austin Ascot [produced 1932 - 1939], so this would have been among the earlier versions of this car.) 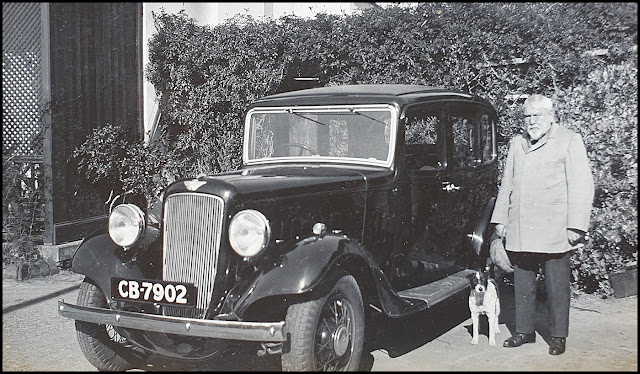 This final picture could be 'Uncle Arnold' who in a troubled world gained pleasure in taking people from Roberts Heights for rides in his car at weekends. I wonder whether the girl could be my dad's elder sister, Catherine, or whether either of the ladies is Aunt Dossie. 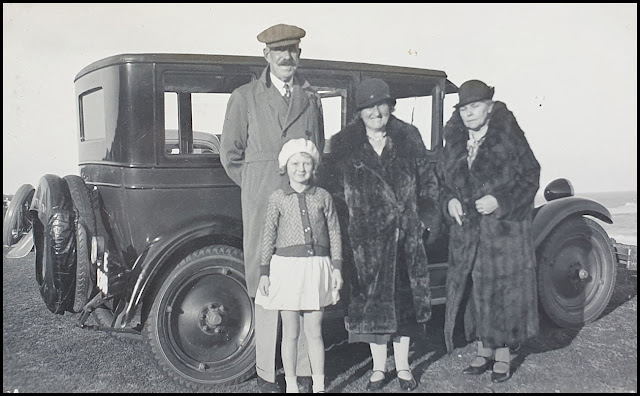 If anyone can identify these splendid vehicles, if not their owners, I should love to know.
Posted by Phreerunner at 16:24

I think the 2nd to last car is an Austin Ascot.

Thanks, Alan, I've adjusted the text.

The car at the gas pump is a 1924 Chevrolet sedan.

The white car with the ladies is the 1925 Studebaker Special six. What a wonderful car.

Thanks Alan. Nick reckons the Chevrolet dates from 1930. I'm happy to call it a Chevrolet Sedan.

Whilst it was a long time ago, I'm hoping one of my aunts might recall the way of life at the time - I do remember her recounting taking a driving test in South Africa. I think it may have comprised driving the car backwards for a mile or so, and that was it!