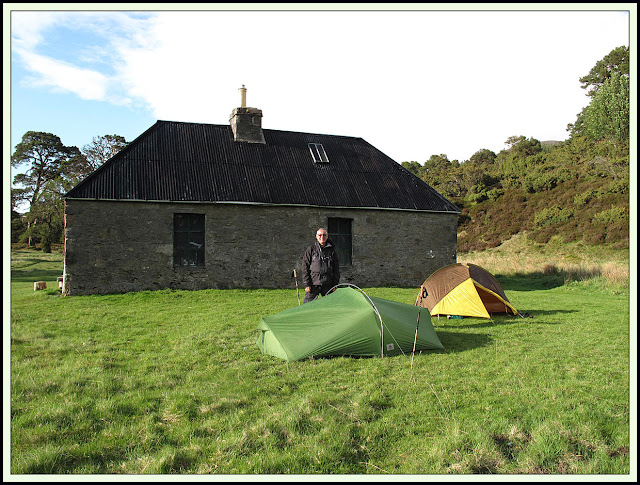 Whilst I went over the Munro summit of Meall Chuaich in a blizzard, poor Michael contoured laboriously around the mountain, after which we bumped into Barbara and Peter and helped them repair a Nallo tent pole.
Then Mike ascended his first ever Corbett summit with me - Carn Dearg Mor. On the descent of that hill we enjoyed a spectacular rainbow over Glen Feshie.
After the descent to Glen Feshie, we parked ourselves behind the Ruigh-aiteachain Bothy at NN 846 928, being the first place where Challengers are allowed to camp up this valley. It was 6:15 after all, and we had been on the go for nearly 11 hours.
Here's the view from my tent. 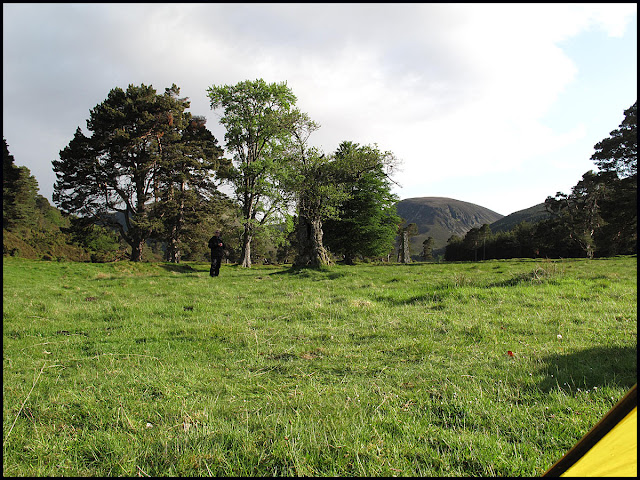 Later, Stefan rolled up and took this picture of all three of our tents. Mike and I were asleep by then. 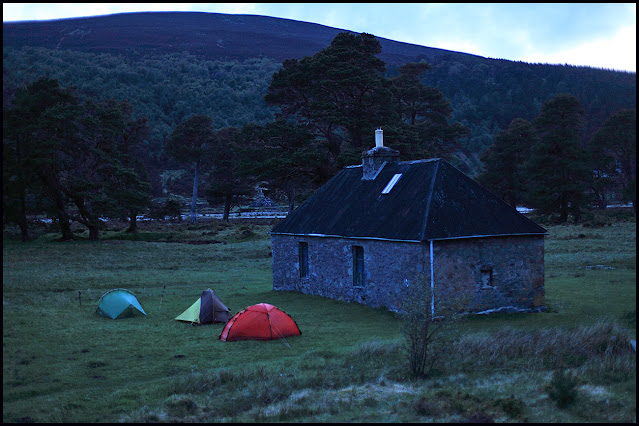