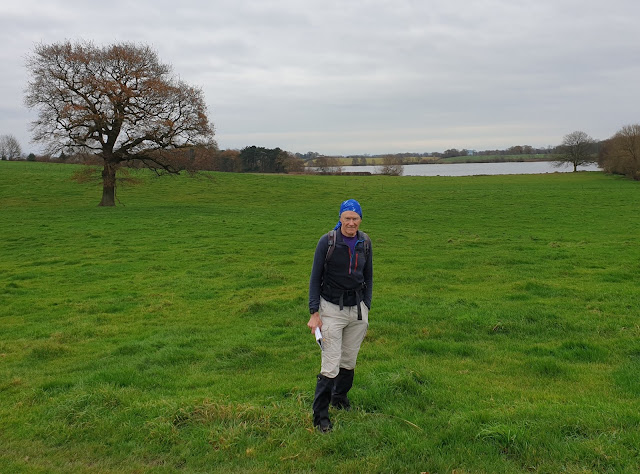 Today's morning stroll took Sue and me the short drive to Great Budworth, for an outing in familiar surroundings.
We followed the route suggested by Jen Darling in her 'Walks in West Cheshire and Wirral' book, noting 'edits' for Jen's next updated edition.
Budworth Mere soon came into view after we left Budworth Lane. (Top picture.)
After some fairly muddy fields, we crossed a minor road and headed across Cogshall Brook. Jen describes the bridge as 'well made'. That description couldn't be applied to it on our last visit on 23 November 2018, when we struggled over a health and safety fence rather than wade the brook. Since then the bridge (thankfully) has been replaced by a sturdy structure that I omitted to record on film.
The next section, on a field path in view of Claycroft Farm, follows a narrow strip of earth/mud through a newly planted field. Apparently the prescribed width of a public footpath is one metre. 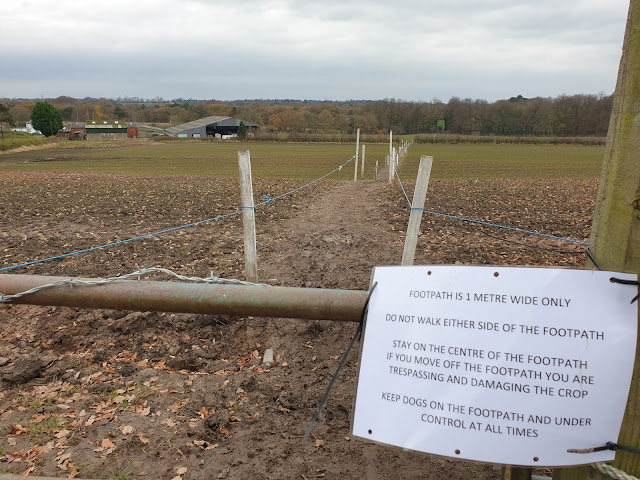 Be thankful for small mercies - quite a few Cheshire farmers would have ploughed the whole field, making progress difficult for any walker.
From now on there was much less mud. We dropped down to the Anderton Boat Lift. No evidence of it operating today, and the Visitor Centre was closed. 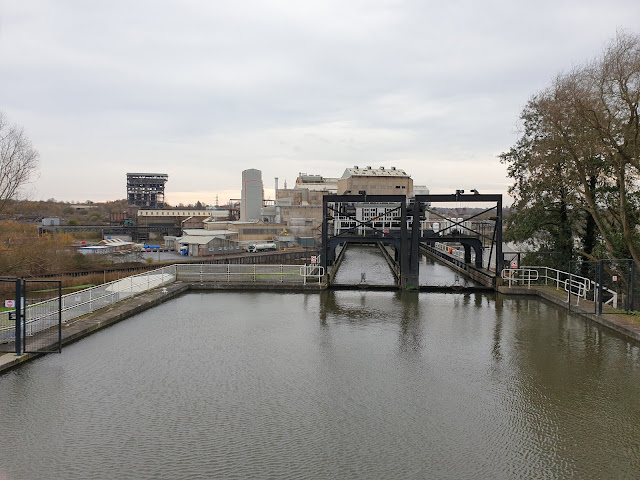 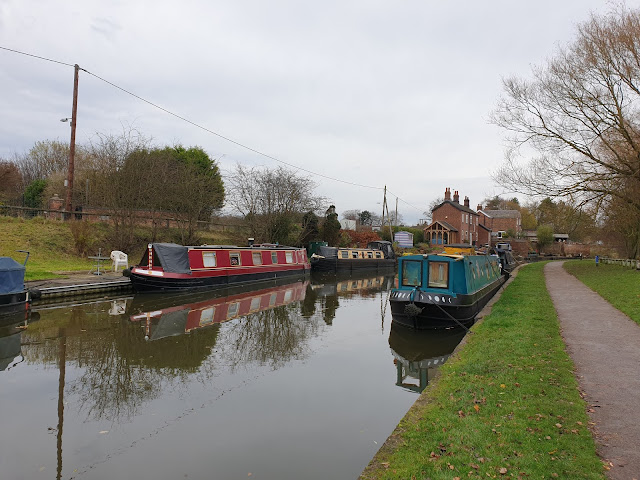 There's a run off from the canal, by Jackson's Turn cottage, that drops steeply down to Marbury Brook. 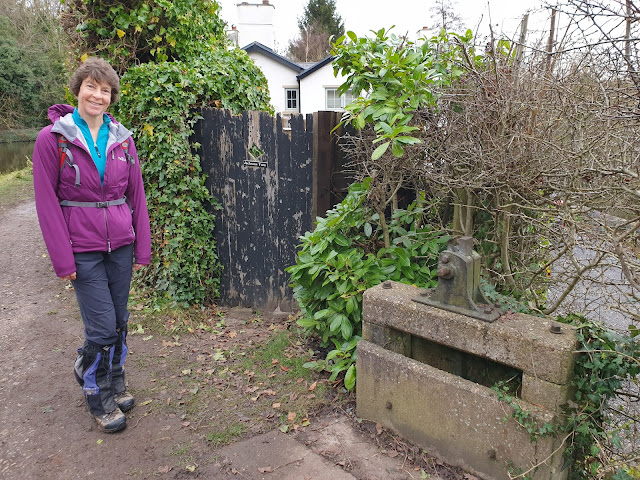 Access to Marbury Country Park is via an elegant black and white bridge. 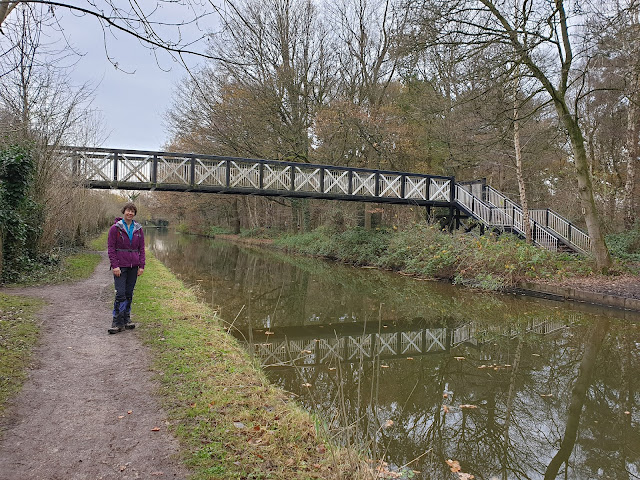 We continued along the towpath, pausing for coffee etc on a bench near a mile post that was replaced in 1980. 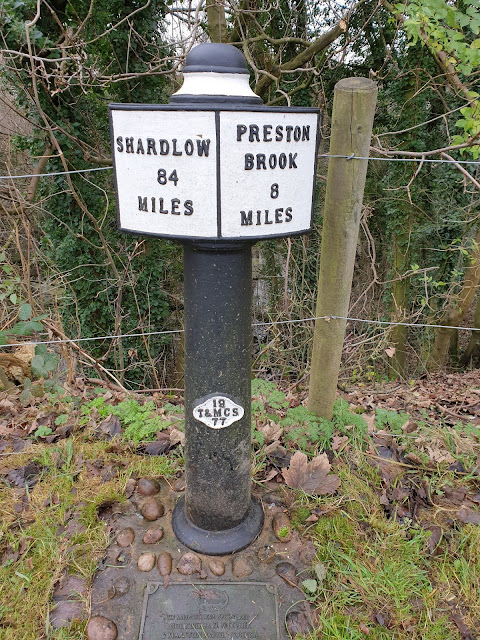 I'm not sure what the residents of the barge moored next to the bench thought of our presence, and our conversations with other towpath users, but they seemed to have been stimulated into getting dressed! 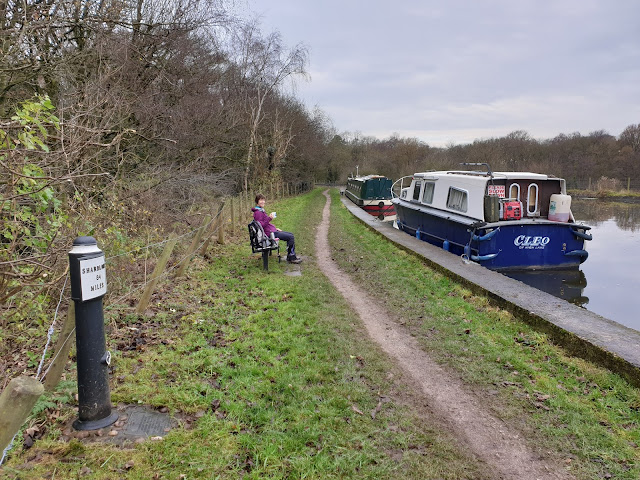 After more pleasant towpath strolling, we reached the village of Marston, where there are pubs (closed) and the derelict remains of the Lion Salt Works. This was the only place still producing salt by the 'open pan' method, until it went bankrupt in 1986.
Pictured below, on the left the site of the salt store, and a final view of the Trent & Mersey Canal. 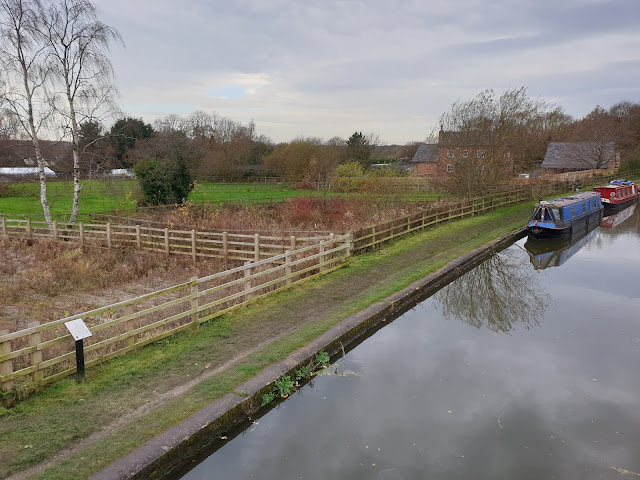 From Ollershaw Lane, it's a straightforward walk through a series of not so muddy fields,  to reach the A559 road and then a footpath into Great Budworth, arriving there behind the church.
En route, a 'relic’. 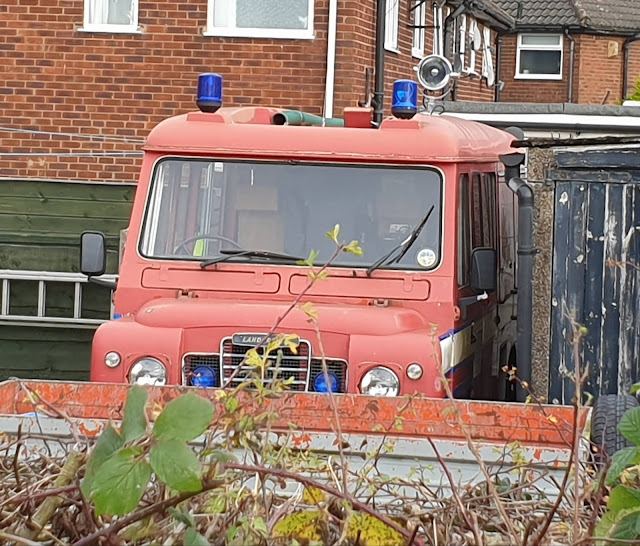 Also en route, a view to Great Budworth across a rather mangled field. 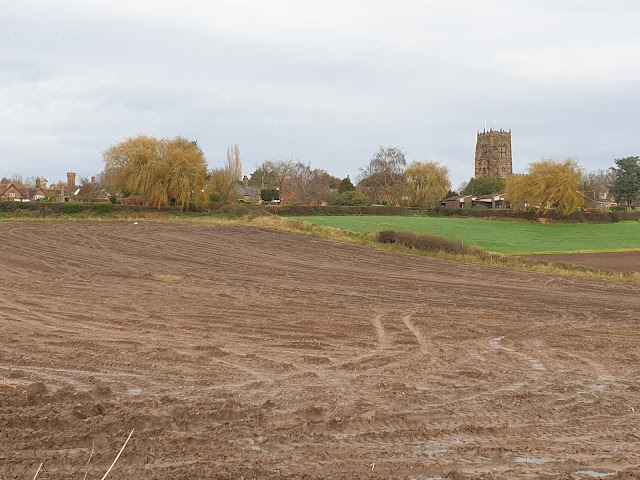 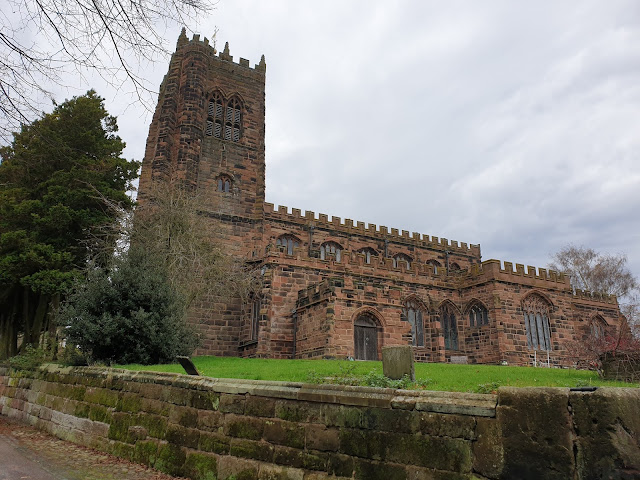 Sue insisted that I pose for a picture beside the stocks. 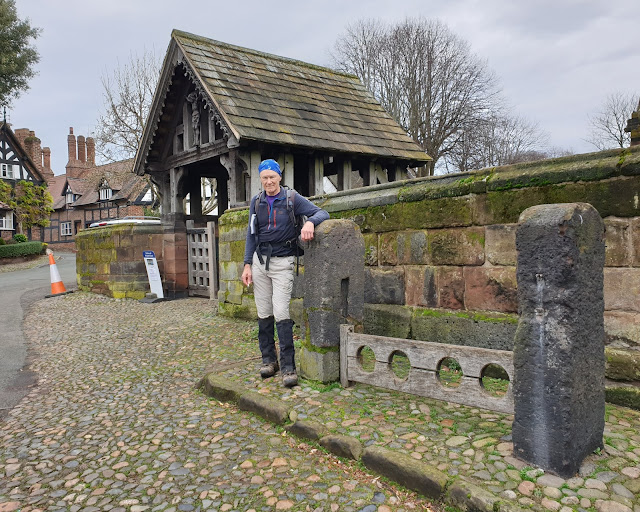 The George and Dragon dates from 1722, so it shouldn't have a problem getting through the current pandemic. Other walkers and cyclists were happily enjoying their packed lunches on the picnic tables outside the closed pub, as you do these days. 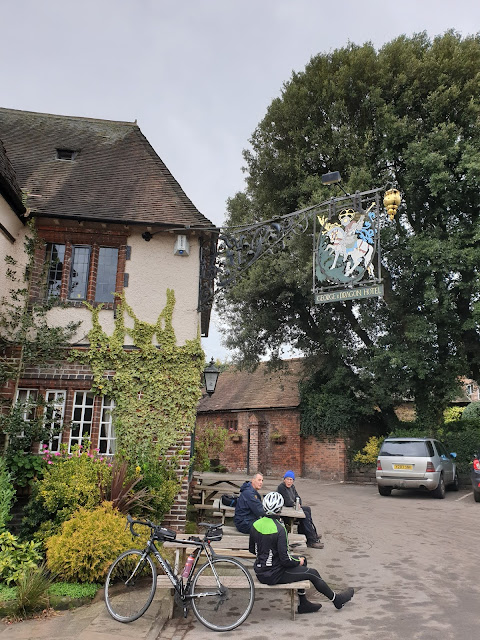 Our 10 km walk concluded with a stroll through the pretty village and back to the car, which got us back home for lunch.
Here's a Viewranger screen dump that overlays the route taken over the route I plotted last night. 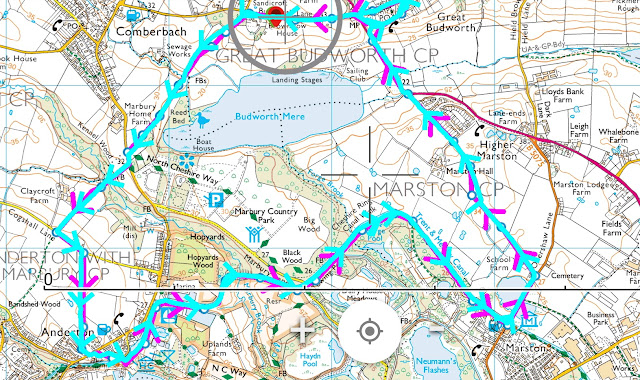