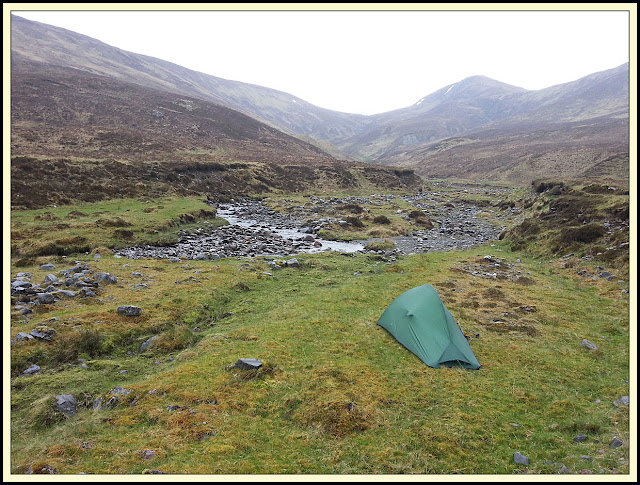 After a night at the Gairlochy campsite (midgy), I enjoyed a solitary day on which my only encounter was with Sam Hackett, who chatted from his tent at Turret Bridge in a break from the rain.

I continued a little further to Annat (NN 357 917), where there's an excellent secluded spot with plenty of room for tents.

The constant chattering of the stream had me thinking lots of people were walking past, but the only arrival, camping about 100 metres away from me, was Stefan Laetzel, who had set off from Spean Bridge at 5 pm, and arrived here at midnight. He wandered across for a chat, in his undies. 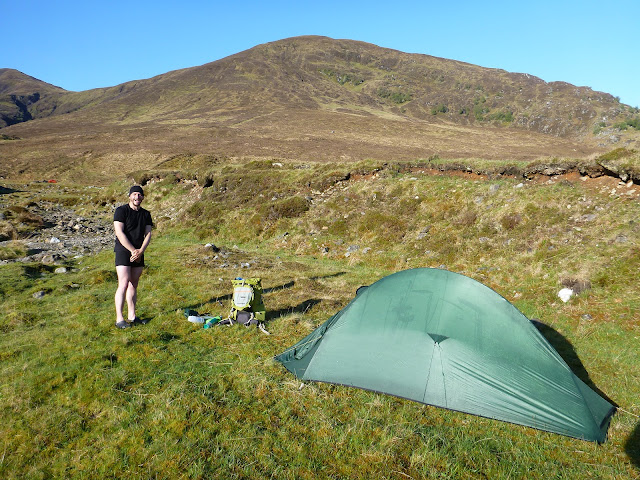 I soon got going, and passed Stefan, pausing to chat for a while as he consumed a breakfast that I could only dream of! 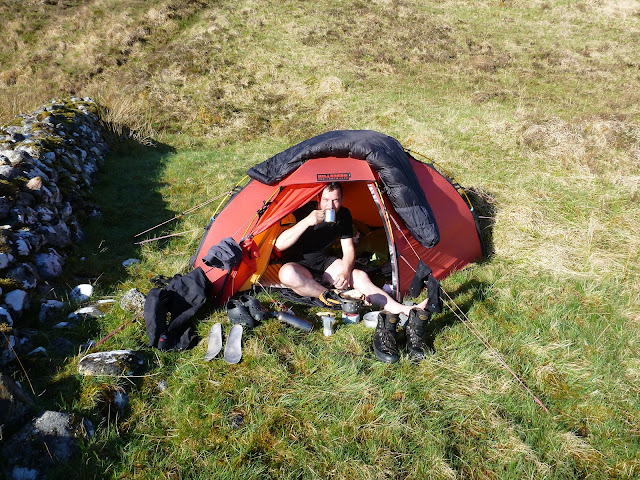 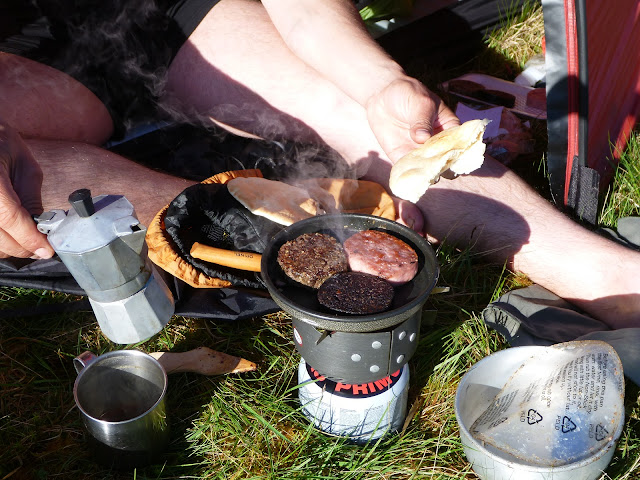 Looking back, as I ascended the Burn of Agie, Stefan's little red tent soon became a Dot in the Landscape. 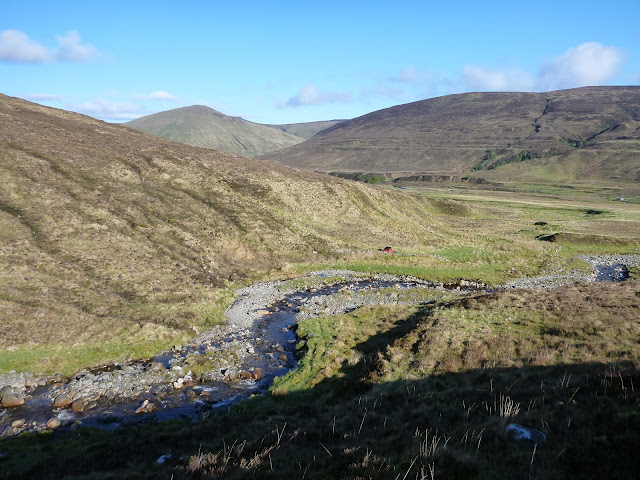