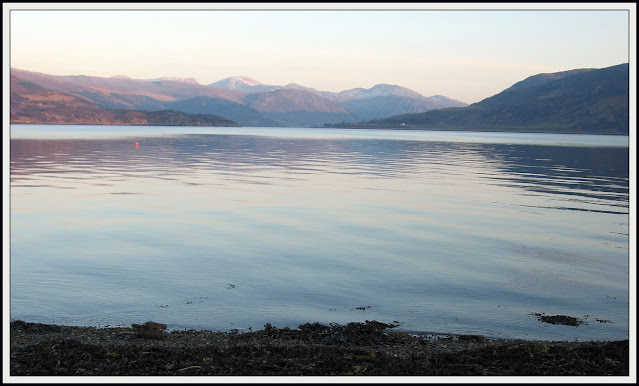 This was one of a number of trips to Ullapool, one of which, in 2010, has already been recorded on these pages, here. I recently came across the photos from this 2007 trip, on which I have already reported here. I'll now supplement that report by way of a more or less verbatim transcript of my diary, together with more photos than I was able to place on the web page. Readers should be able to access a slide show of the pictures in each posting, on desktop or tablet devices, by clicking on any of the images. I hope you enjoy these reminiscences as much as I am doing. The text of my report on topwalks.com may actually be better than this 'verbatim from the diary' version.

Sadly Barry passed away in January, so these entries are in memory of Barry, with whom we enjoyed this holiday, and a memorable week in , and I know Dave O has many, many memories of climbing escapades in the mountains with Barry, involving a level of expertise well beyond many of our capabilities.

Andrew arrived on time for 8 am, but Dave and Barry were delayed - so it was 8:50 by the time we left the M61 services on a nice day.

Julie had bagged a Corbett from Drumochter on the way up, so arrived just as the spag bol went on, and Phil and Sue / Pam and Paul, separately ensconced elsewhere on the high street, joined us briefly later. The only hiccup was my toilet bag not appearing (creating teeth and medicine problems), and Andrew had forgotten to bring any socks. Barry's credit cards are in an unknown location, but apparently that is normal.

Both today's pictures were taken from Tigh na Mara soon after we arrived, from where there's a fine view down Loch Broom to the summit of Beinn Dearg.

Next Day
Posted by Phreerunner at 15:09