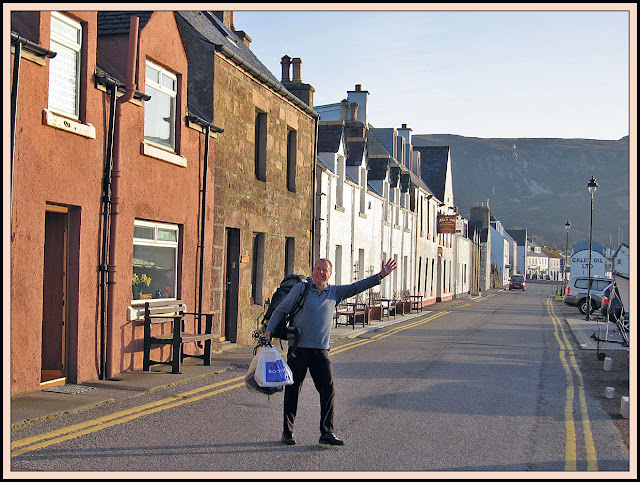 The day dawned clear and the Tigh na Mara 5 (me, Dave, Barry, Andrew and Julie - Sue B must have been at work or tripping elsewhere) set off to the foot of Foinaven. On a lovely day with a cool breeze on the tops and occasional wisps of low-level cloud. Dave and Julie completed the Foinavon traverse whilst Andrew, Barry and I ambled up Meall Horn and strolled back via Lone, where 'No Pedestrians' must use the bridge.

The view from Tigh na Mara, from where (above) Dave is pictured leaving 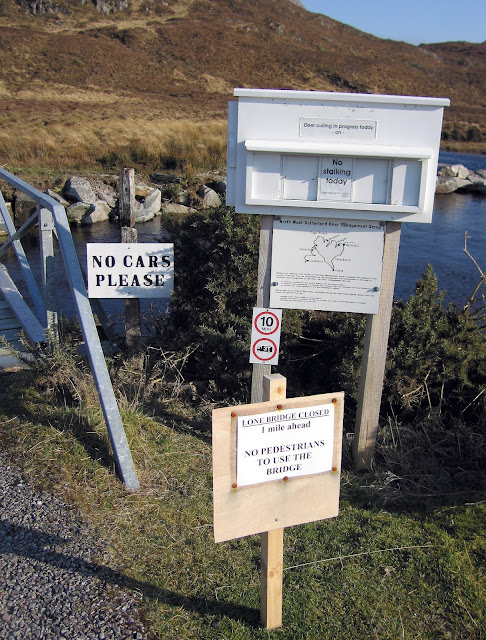 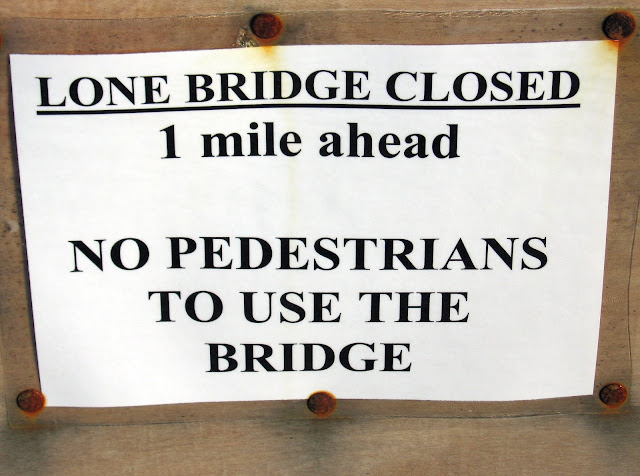 We continued along the path beside Loch Stack, regardless 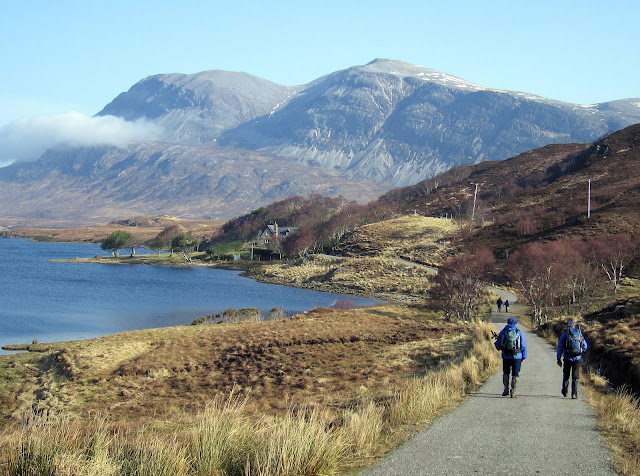 This turned out to be just a Health and Safety sign and not a bar to entry to this fairly remote area.

We saw just one person, an elderly Scotsman, on our walk, plus Barry befriended an Englishman from who had just bought a house in Drumbeg. He was strangely attired in bright red JJB sportswear and shorts. (The man from , not Barry!) 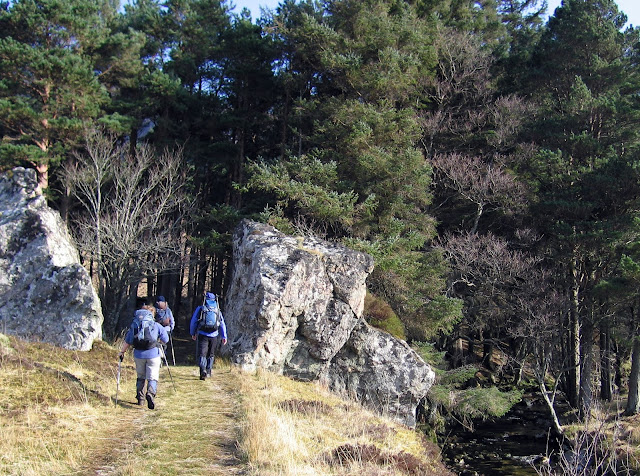 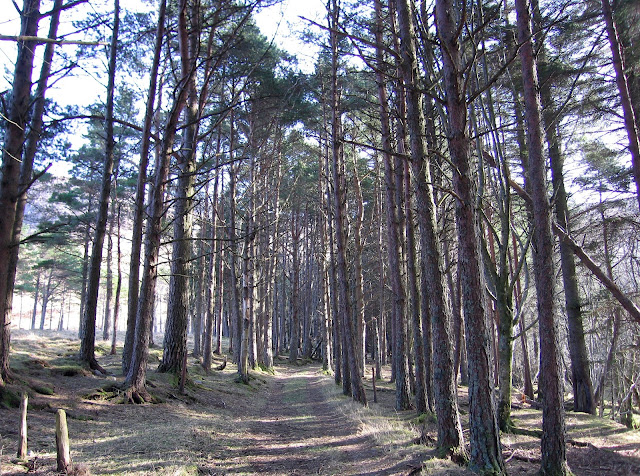 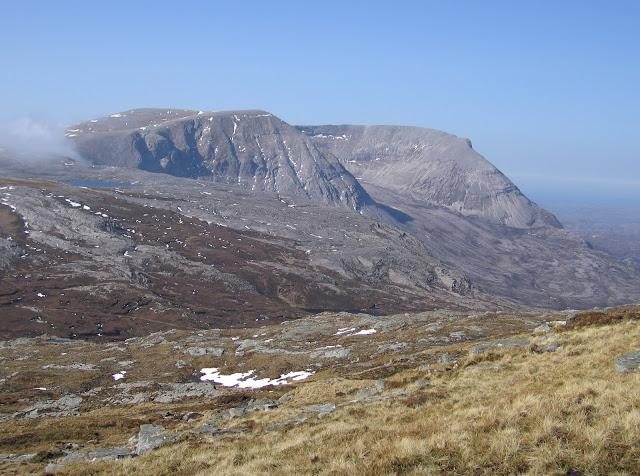 Arkle, from the slopes of Meall Horn 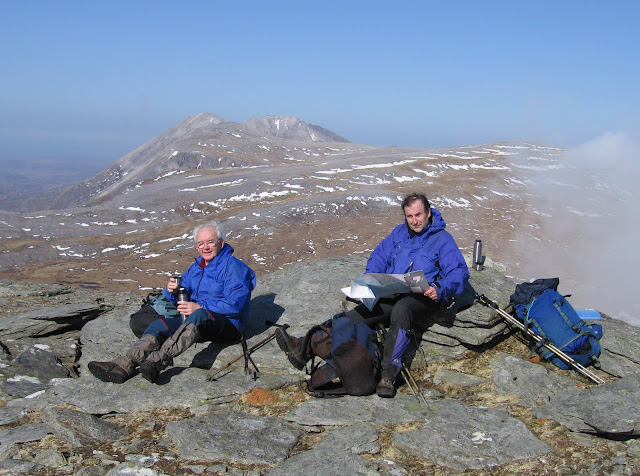 Barry and Andrew, with Foinaven 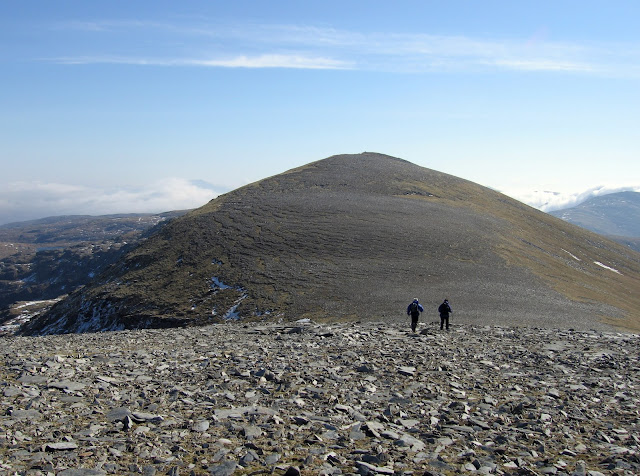 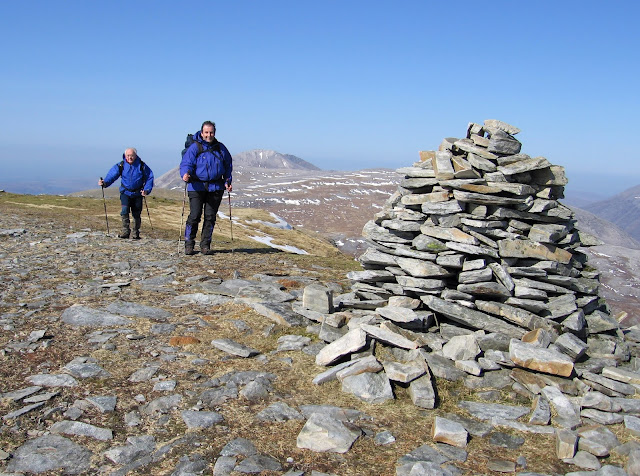 Reaching the summit of Meall Horn, with Foinaven behind 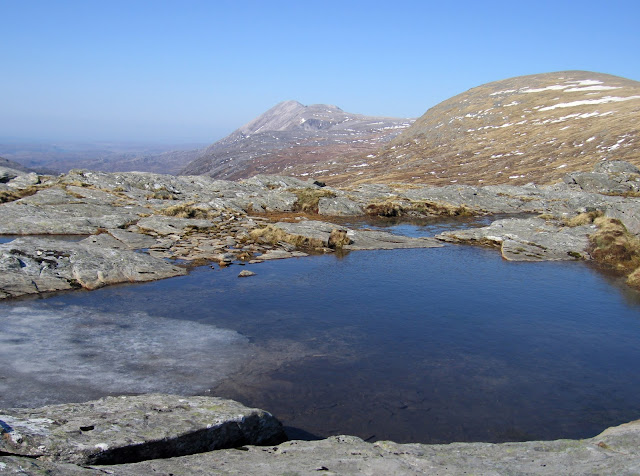 Descending, with a view to Foinaven, and Barry negotiating some deep groughs 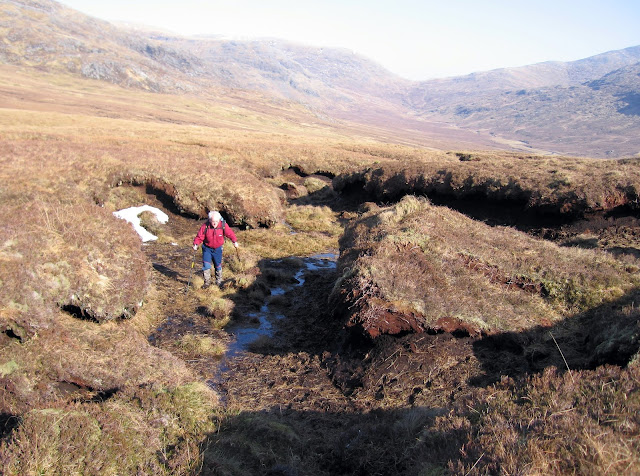 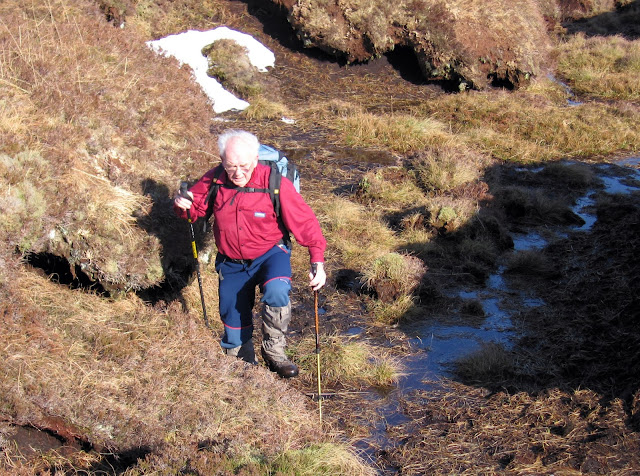 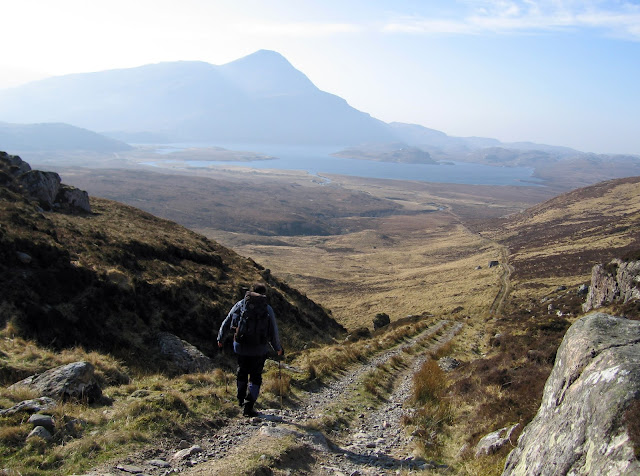 The path to Lone

Then we drove north for 20 minutes or so to meet Julie and Dave at the end of their ascending track.

Quite a long wait - they eventually appeared at 18:45, so it was after 8 pm by the time we got back to Ullapool. Nice drive with the setting sun.

Also got a good deer silhouette photo from the end of Julie and Dave's track. They had a difficult descent over steep snow to get off Foinaven. 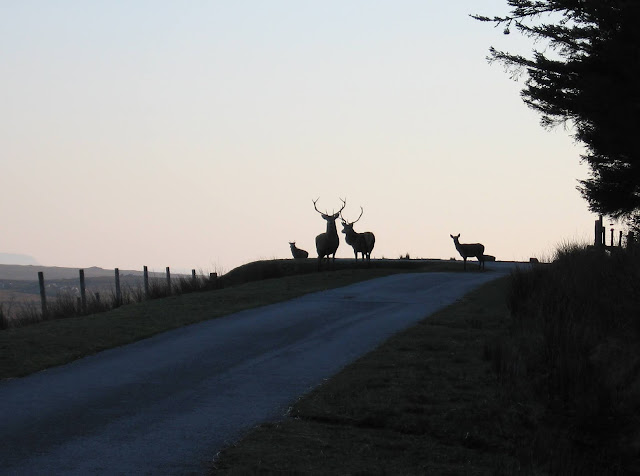 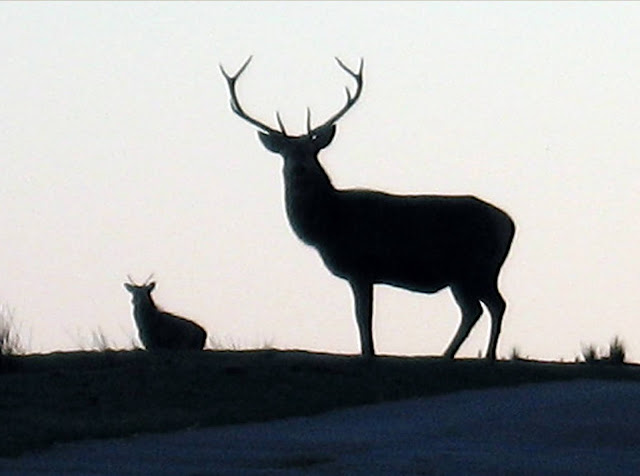 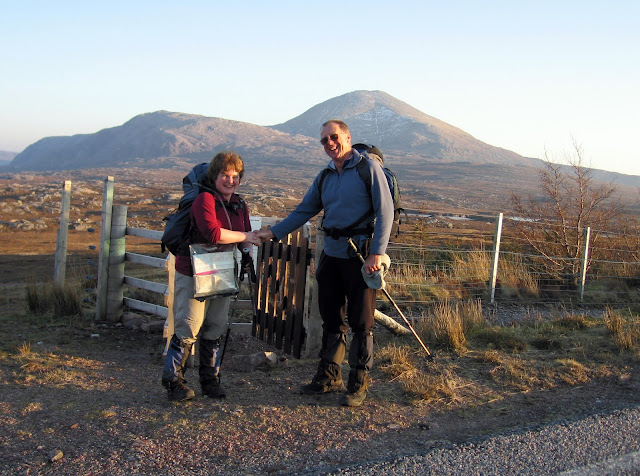 Julie and Dave emerge from the Foinaven track

A view from the road to Ullapool

No time for a shower - we all gathered in the for a nice meal, except Pam and Paul who had returned from Suilven even later than us.

Phil and Sue had enjoyed a walk on Quinag. 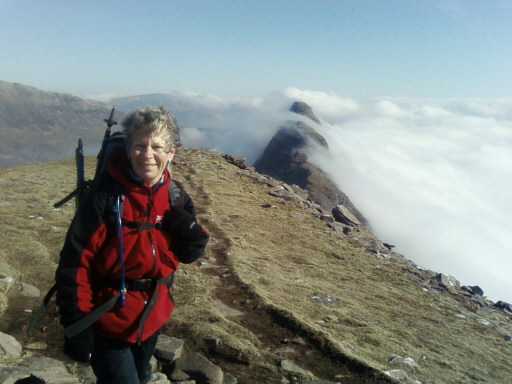 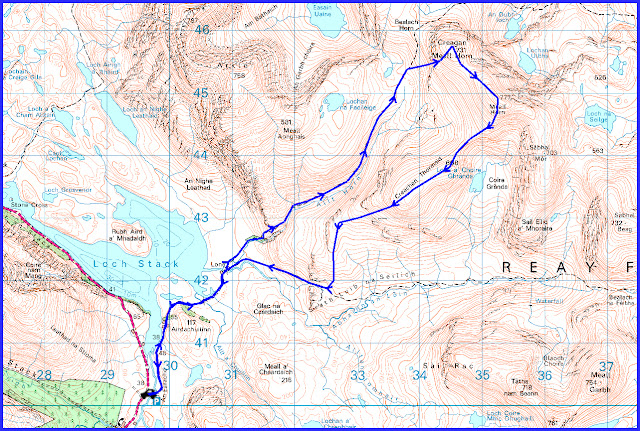 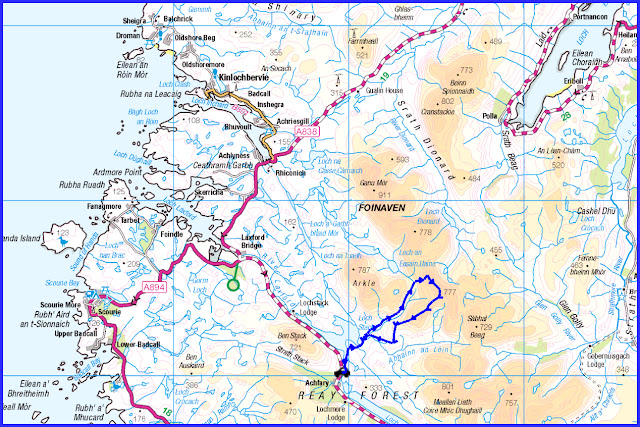 Next Day
Posted by Phreerunner at 12:30