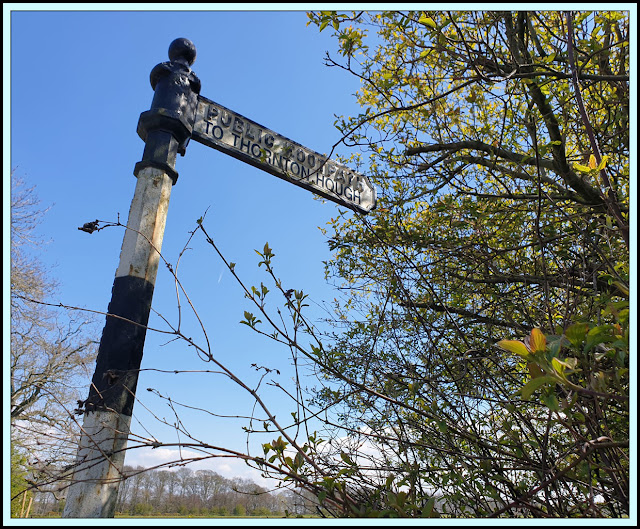 For our second walk of the day, the six of us re-located en masse to the free car park at Brimstage Hall Craft Centre, before setting off to check out walk number 29 in Jen Darling's 'West Cheshire and Wirral' book.
After admiring Brimstage Hall's peel tower, and trying to imagine frightened villagers in by-gone days pouring boiling water from it over their attackers, we walked a short way along Brimstage Road to reach an old black and white signpost to Thornton Hough (above)'
What a pleasure it was to be able to stroll along firm field paths, completely free of the mud that we have endured in recent weeks, under a strong sun on a perfect day for walking. 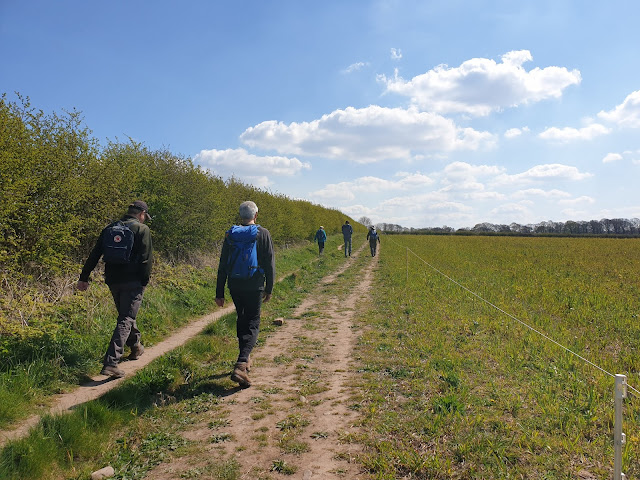 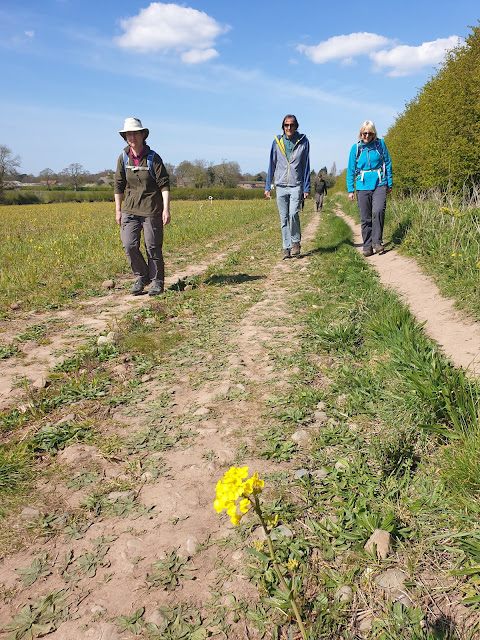 Some of the field paths were very narrow. It'll be interesting to go back when the crops are high. 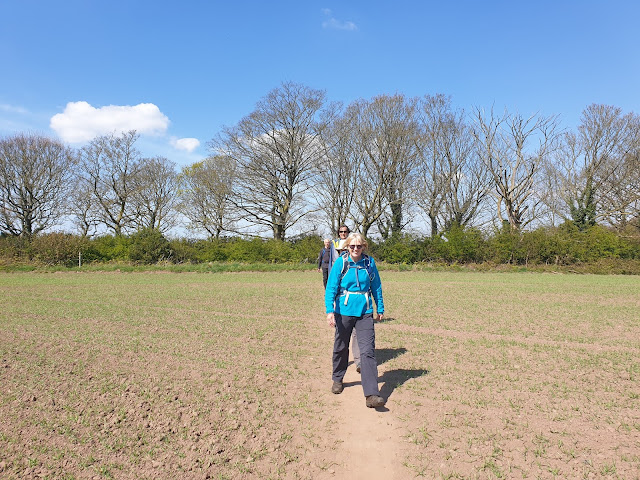 Other paths were wide enough for a coach and horses, and you could even imagine Lord Lever's coach and horses making its way down this beautiful tree lined avenue, towards his residence at Thornton Manor. 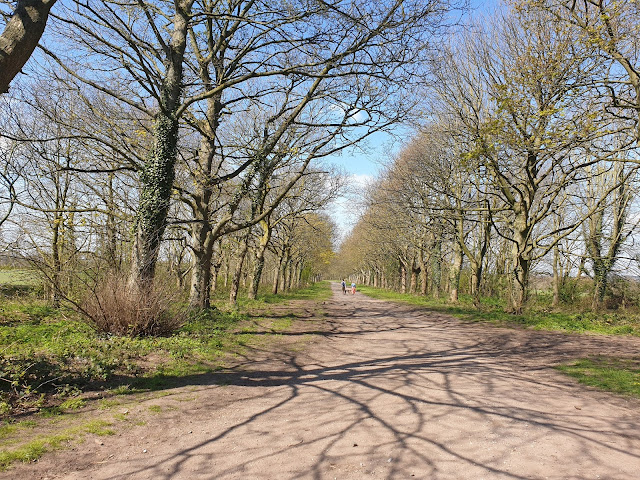 Whilst we don't usually bother with such trivia, the presence of Judith, who collects 'stuff', and Keith, who is a 'bagger' of just about anything 'baggable', and the fact that they were both assiduously following our progress on their digital maps and had spied an item of interest just off our route, triggered an excursion to seek out a trig point and 'Flush Bracket'? They took some finding, but Judith and Keith eventually stood next to their target, flushed with success having flushed it out from the undergrowth through which they'd approached it. 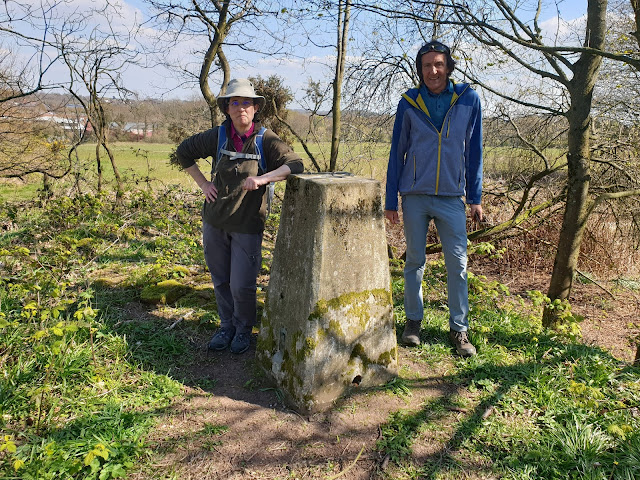 A pleasing view across the fields towards Bebington greeted us from the trig point. "I live just over there" announced Judith. This is very much her 'home turf', where she can be seen from time to time tracking down pipelines that are accessed by mysterious gates into pathless fields. 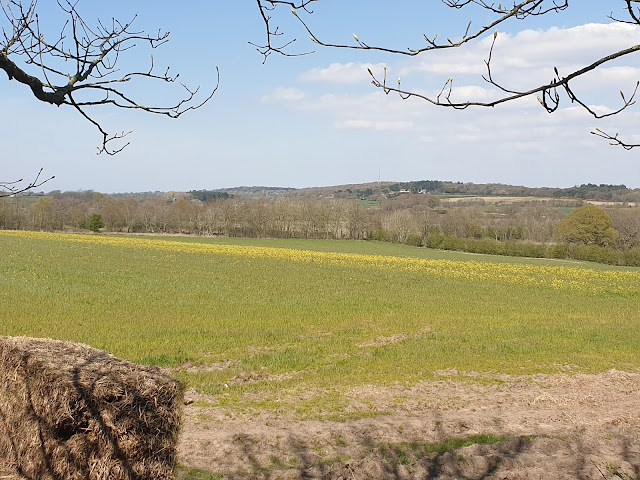 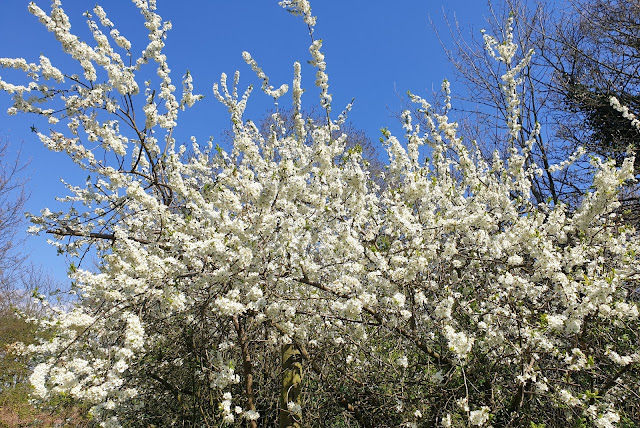 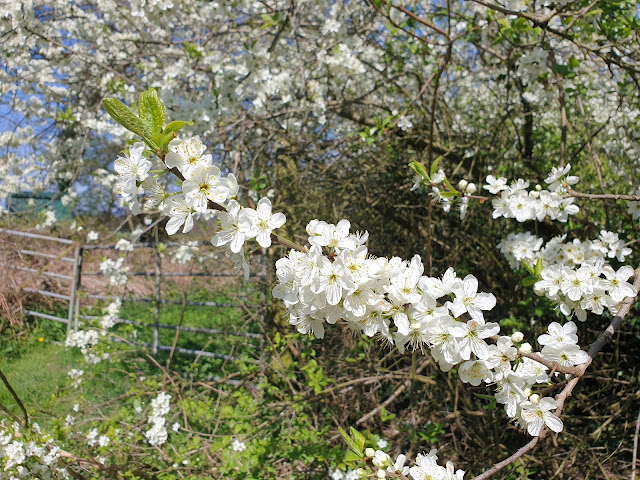 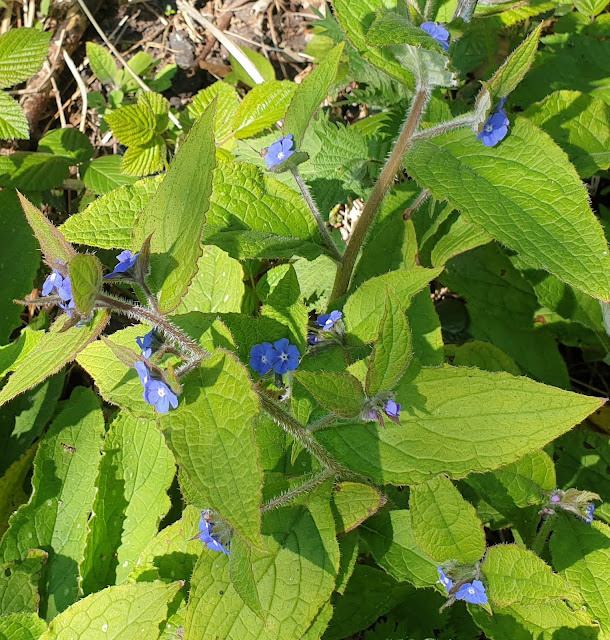 I should record Keith's disappointment on reaching Thornton Hough. As previously noted, he's an assiduous 'bagger', but having failed to gain the necessary support, it was with great reluctance that he eschewed a visit to bag the Seven Stars hostelry. We left this landmark sadly unticked, and moved on in the hope of refreshments at the end of the walk. 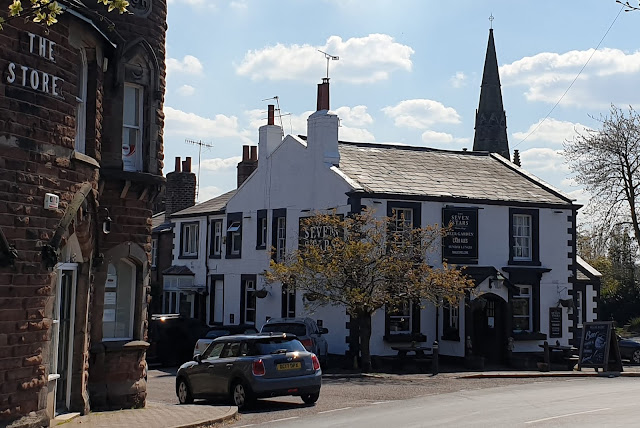 It's an easy walk back to Brimstage from Thornton Hough, en route passing a small but perfectly formed stand of Scots pine trees. 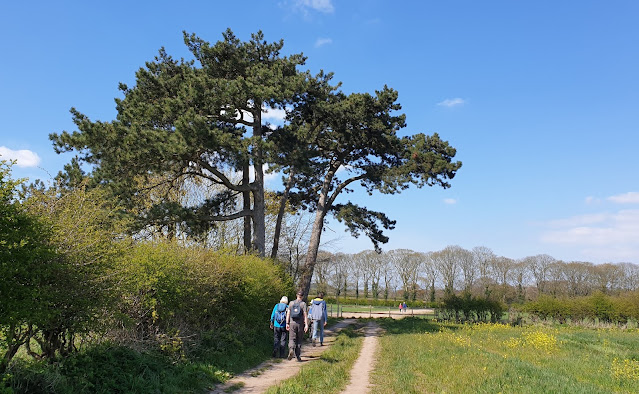 The 'old iron' kissing gates described in Jen's 2007 edition remain in place, unlike many of the wooden stiles on this walk. 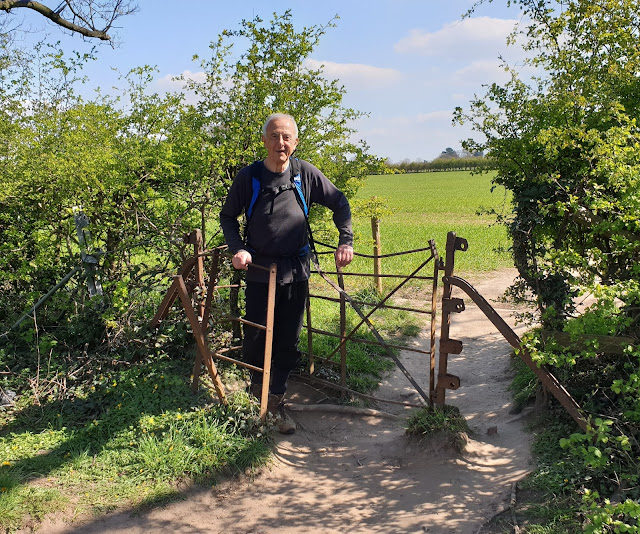 Jen's most recent (2007) edition of her book refers to stiles that are reached via sandstone steps. Most of the stiles have now been replaced by wooden or metal kissing gates, or in some cases just by gaps. This next picture shows a stile having been replaced, but the sandstone step remains, now sadly obsolete. 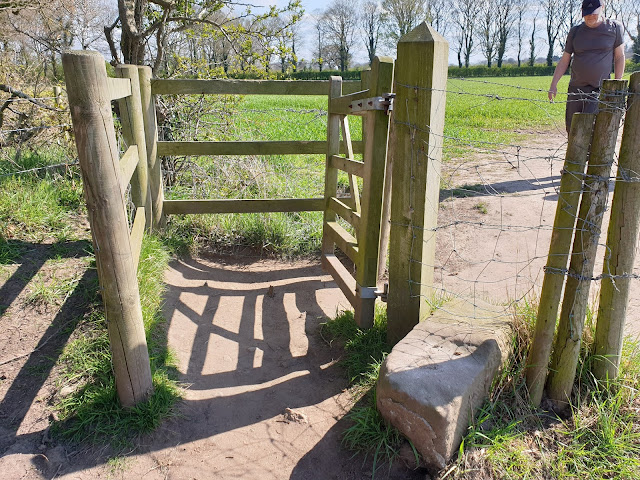 Back at Brimstage Hall Craft Centre, it was a delight to be able to lounge  in the outside courtyard in warm spring weather with coffee and cake. Lots of coffee and cake. Too much in fact. Between us we managed to order seven drinks and seven cakes, so Sue later received a large and very tasty piece of lemon drizzle cake. 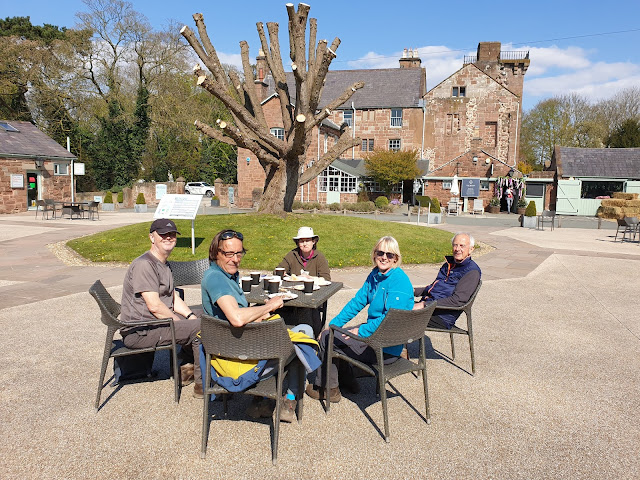 Wow, whoever pruned that tree must have been in a fit of aggression!
Here's our 5 km route - a very pleasant short circuit from an excellent tea room. 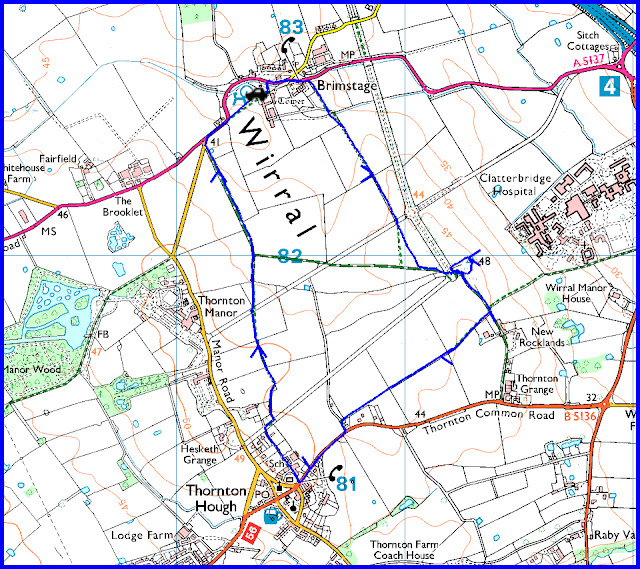 Thanks for coming, everyone, and it was especially nice to see Judith and Philip. I hope the good weather continues.
Posted by Phreerunner at 11:27

You had a lovely day for it. I don't think i have ever walked on the Wirral.

It's a lovely area, Alan. Inclusion of a visit to Hilbre Island makes for a good walk if the tides are right.

Loos good but I hate those public footpaths that go round the edge of crop fields where the crop has been planted right out to the edge, but thankfully it looks as though you didn't have too much of that and as you say the crops are not yet intruding too much.

I know what you mean, Conrad, and the southern sections of the Sandstone Trail go around quite a few fields, but these field paths in the Wirral are fine at present.