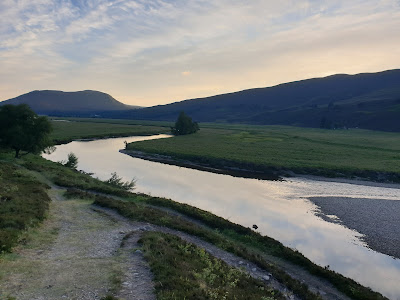 Last night we enjoyed a stroll by the banks of the river Dee - here's a view (above), on the outskirts of Braemar.

Today we packed our bags and tidied the cottage, enjoying coffees on the lawn before departing on the road to Montrose. 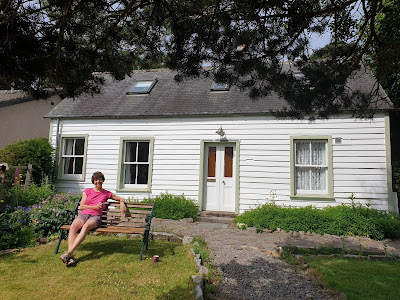 It was a shame to be saying goodbye to the resident robins, blackbirds and red squirrels.

Before long we passed a lumbering hunchbacked backpacker on the road to Potarch. He accepted our offer of tea and tomatoes. It was good to see you again, JB. 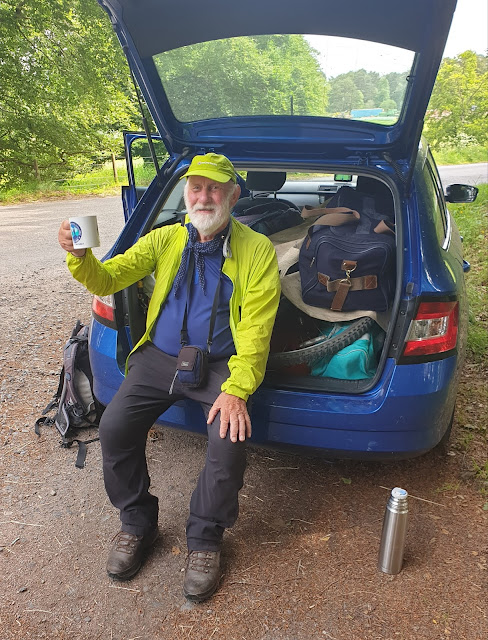 We had realised that we would pass near Bill and Sal's house in Drumoak. We established that they were at home and we were able to call in for an hour or so. It was great to catch up. Bill features on a few of these pages (he is memorable for organising a motoring trip in the Egyptian desert), but we had not met Sal before. Sadly I omitted to record this encounter 'on film'.

So, on to Montrose, and the Park Hotel, where this year's TGO Challengers were signing in after their leg stretch from the west coast.

We arrived at the same time as two Old Lags  in skirts alighted from a taxi. Who knows what the taxi driver thought of them - she drove quickly away. 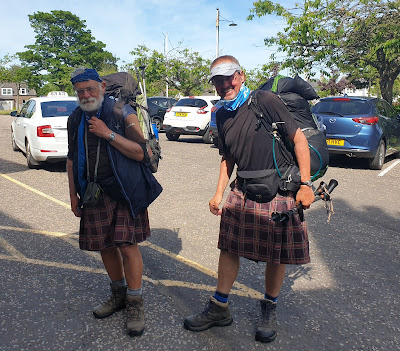 After chatting with various Challengers and hangers-on, Sue and I enjoyed a 7km stroll around the environs of Montrose, some pictures from which follow: 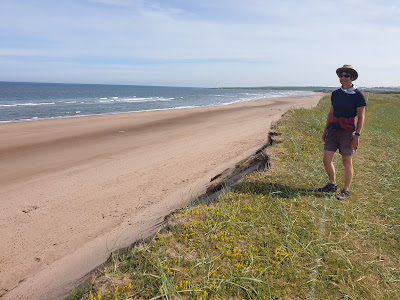 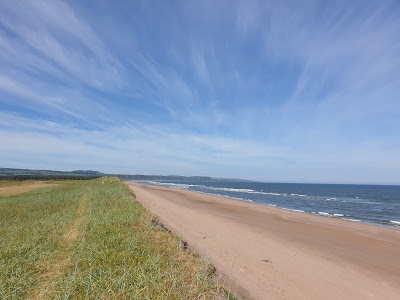 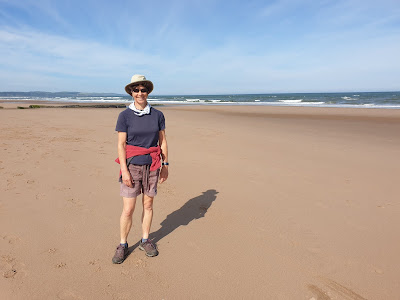 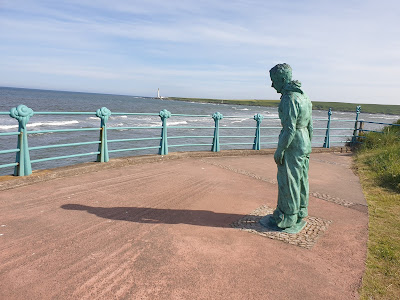 Our evening meal was a tasty one, courtesy of Tesco's well stocked salad shelves. That was after we had congregated outside the hotel for a presentation to 80 year old Alan Kay, in celebration of his 20th crossing. Alan was the first person I met after starting out from Strathcarron on my first TGOC crossing in 2007. The award ceremony was held outside in these most unusual of times. 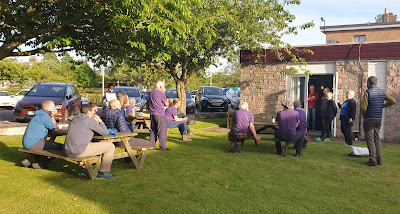 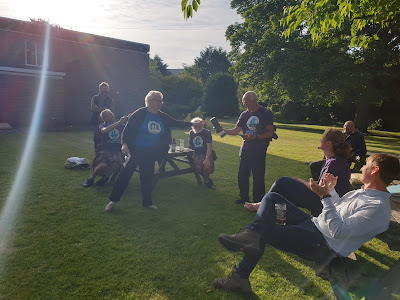