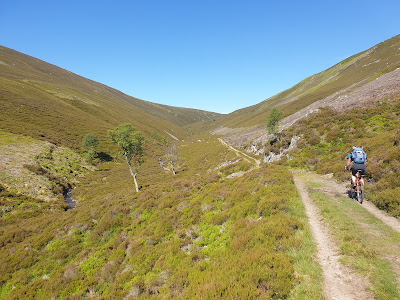 A blue sky day greeted us, plus hot chocolate croissants from the Co-op.
Sue and I (now on our own as Simon has gone home and the TGO Challengers should all have gone through) drove to the £3 car park at Keiloch and set off on our bikes past Invercauld House and up Gleann an t-Slugain.
After 8km we reached the ruins of Slugain Lodge, before which we'd abandoned our bikes beside the track. 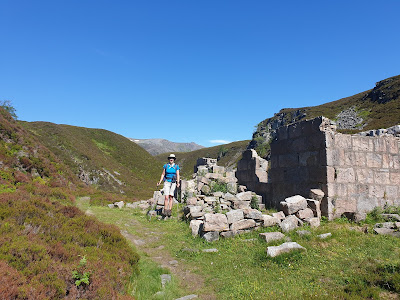 Had we known that the path, after a steep, rough section, continued amiably on for another 5km, we'd have stayed on the bikes. The path, shown below, is reminiscent of some of the Swiss and Austrian TransAlp routes that I've enjoyed in the past with Markus. 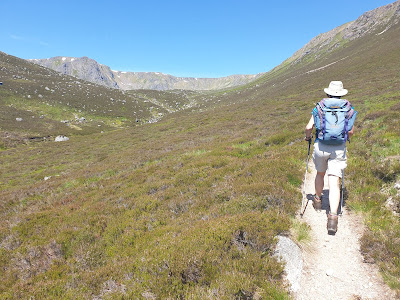 We lunched in a lovely spot shaded by rocks at the col between Ben Avon and Beinn a'Bhuird. Then we ascended to the rocky summit of Ben Avon with views back to the Beinn a'Bhuird peaks. 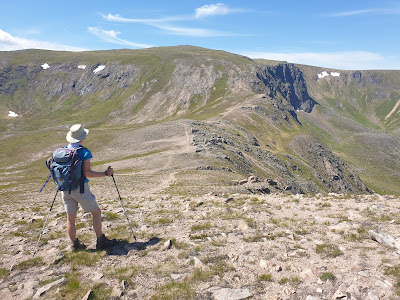 We enjoyed our time on the summit. Before admiring this next view towards more of the mountain's tors and the east coast beyond, we scrambled up to the summit rocks. Rather easier than the last time I was there - on a TGO Challenge in a very strong wind. 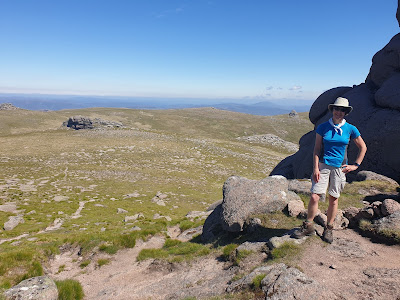 Here's a view to the west from the summit rocks. 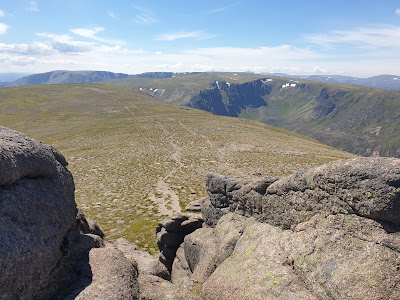 Just below the summit, on the barren plateau, we came across a small patch of moss campion, bravely holding on to life. 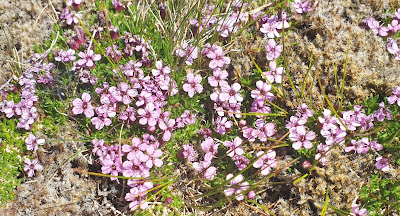 We chose to descend over the Munro Top - Carn Eas, where I'm pictured, with Ben Avon behind me in the distance. 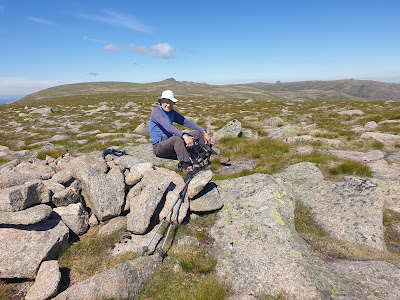 Soon we could see the clear brown line of our path back to the bikes, beyond a steep, heathery descent. 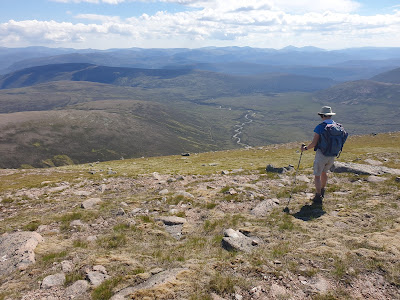 We saw fewer than ten people on the hill today - albeit more than yesterday - one of whom we met on the way down. He had started out after lunch and hoped to be down from the Beinn a'Bhuird round by 9pm. The weather was perfect for that.
After picking up the bikes, we cycled the 8km back to the car park in little more than half an hour - great fun, and no pedestrians were damaged. 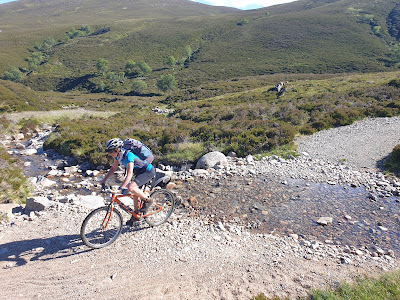 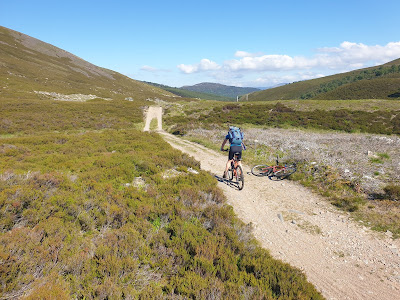 Here's where we walked (click on the image for a better version) - 18.5km, with 750 metres ascent, taking about 6.5 hours from the ruined lodge. 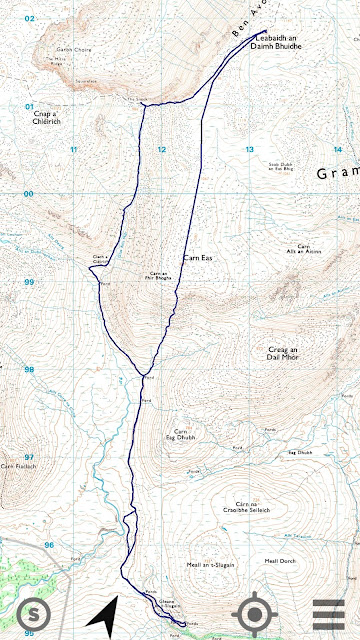 And here's the 8km cycle route. 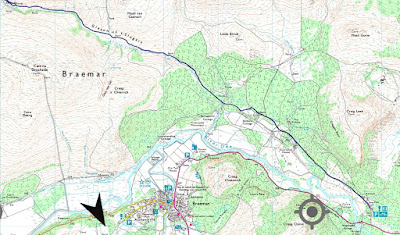 What a fine outing, our last one for the moment from Braemar, where we are indebted to Simon, our host.
Thank you Simon.
Posted by Phreerunner at 22:24

So much for all those who tell you it always rains in Scotland - what a fine day! I did similar with bike - my photo from the summit of Ben Avon tells me it was 16th May 2012 at 12:44.

What a glorious weather! "Kaiserwetter" as we would say in Austria.

Two decades ago I once enjoyed a wild camp by a small lochan beneath the north top of Beinn a`Bhuird. In glorious weather too.

By the way .. Rouven will be doing on his own another TransAlp ride at the end of August. His planned route follows the original first ever TransAlp route from 1990. The so-called Heckmair Route from Oberstdorf in Germany to Riva del Garda in Italy via Schruns - Klosters - Engiadina - Bormio - Passo Gavia - Ponte di Legno - Adamello - Storo and Tremalzo. It would be up to your taste. The bit across the Adamello Group includes 4 1/2 hours of pushing and shouldering the bike.

Love the last mountain pic - there’s such a feeling of wilderness in these mountains. Wonderful on a day like you had. I remember I walked all the way in 1992 - didn’t have bike. Was a long day!

Thank you Markus and Nick (EU correspondents). I'm envious of Rouven - that looks like a superb route, apart from the long carry.