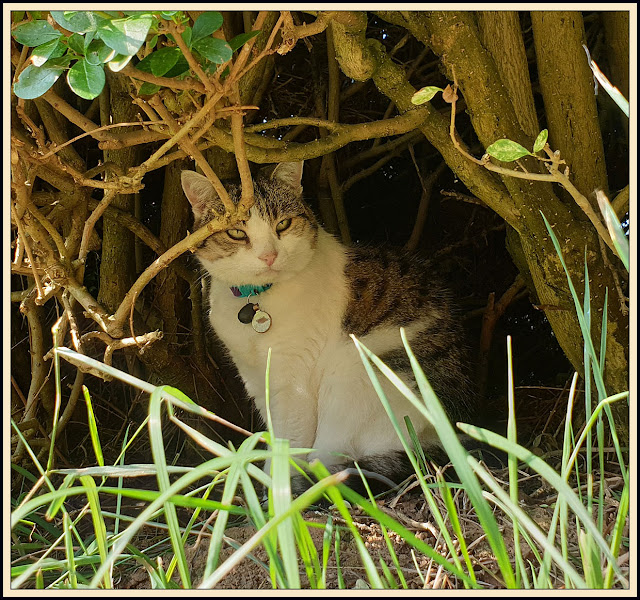 With Mike and Sarah and Isabella having headed off to the marginally cooler east coast, my main duty today involved the well-being of Millie. She wasn't all that hungry, but had found a cooler spot under the hedge.

Later, Sue and I pedaled along to Wythenshawe Park to take part in the fourth 'Sizzler' of the summer 5km race season.

A guest announcer gave a speech in honour of Ron Hill, legendary marathon runner, who died recently. There followed a minute's silence. All very respectful, on the day before the 2020 olympics start in Tokyo. 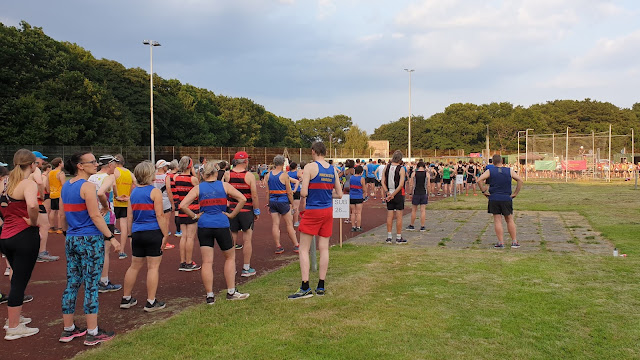 It was hot, but not as humid as on 25 July 2019, when we dripped copiously all around the course.
After being beaten to the tape by Sue last week, I managed my quickest time since March 2020, and I was in position to picture her finishing nine seconds ahead of Olympic marathon veteran, Jeff Norman. 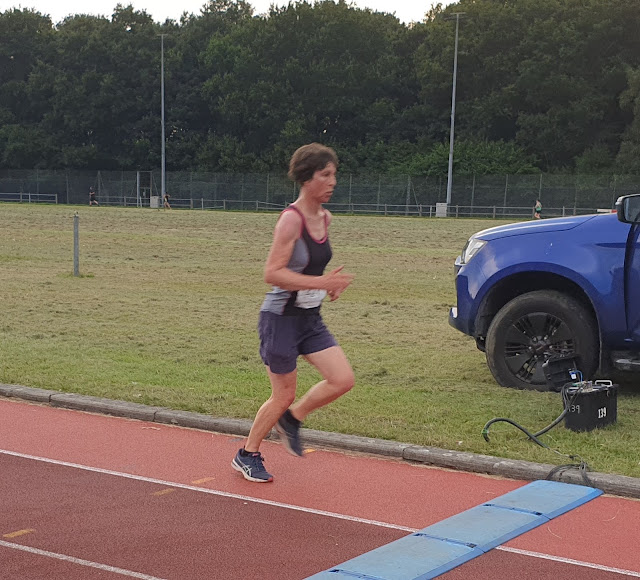 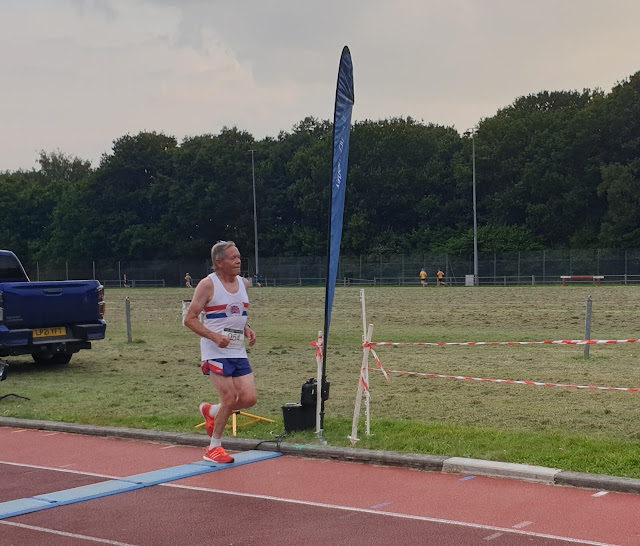 Ok, Jeff is over 20 years older than Sue, and he took the 'over 75' award, as well as lining up with a selection of local former olympians as Fechin awarded the prizes, which always seem to go to the same people in each age category. 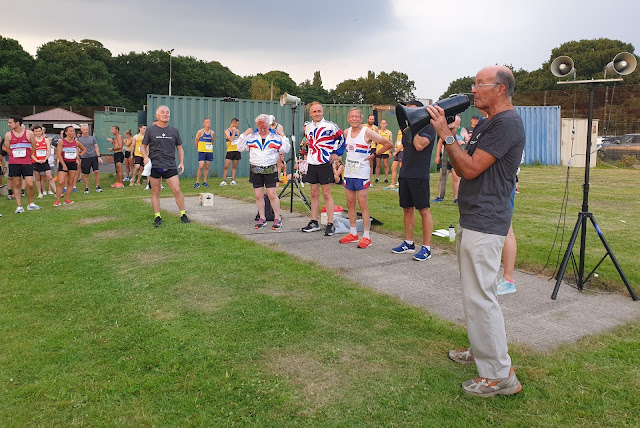 Here's Fechin's list of  those olympians intending to be present, and by the time I took the picture of them my camera lens had misted up in anticipation of an imminent thunderstorm!
Jeff Norman (Montreal 1976 Marathon), Susan Crehan (Seoul 1988 Marathon). Ann Williams (Barcelona 1992 1,500m). Stuart Stokes (London 2012 Steeplechase), Rebekah Wilson (Sochi Winter Olympics 2014 Bobsleigh), Kelly Massey (Rio De Janeiro 2016 4 x400m) and Kevin Mc Kay (Barcelona 1992 & Atlanta 1996 1500m). Kevin and Stuart will run it and so will Darryl Taylor, whose daughter Georgia Taylor-Brown, is a top British Triathlete in Tokyo.

Just for the record, here's how Sue and I got on, out of a field of 382 finishers (click on the image to see it properly). 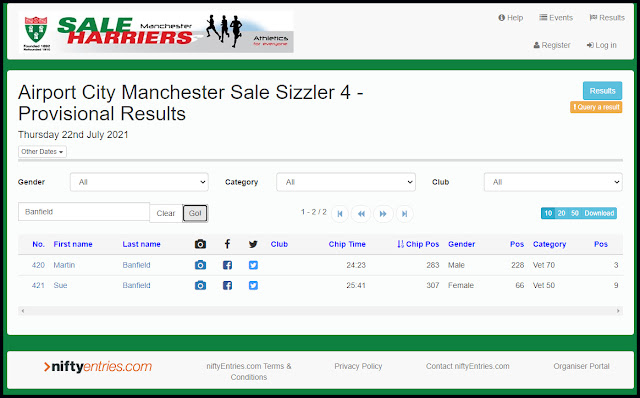 Finally, thanks to Laura, who, as instructed by her dad, turned up at the finish with a gallon of water for us that was most refreshing.
Posted by Phreerunner at 15:29