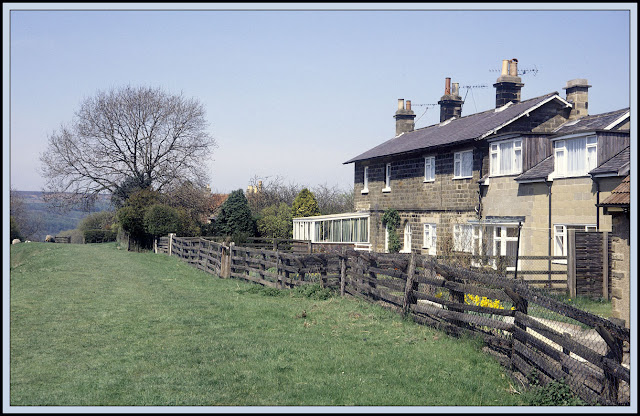 Continuing the scanning of my 1980 slides, I've reached a solo two-day backpack on the Yorkshire Moors, en route from Lincoln to Manchester. By now my parents had moved from Guisborough to Lincoln, and I may have spent a week's holiday studying for insolvency exams in Lincoln, before making my way back home via this favourite area.

My diary, again typed out by Nick, is at the bottom of this posting, which I'll describe mainly by way of captions.

I based my route on part of the Crosses Walk, an annual 53 mile challenge walk across the Yorkshire Moors, taking in numerous ancient crosses that litter these moors. The walk was conceived in 1971. I'd moved to Manchester by then, otherwise I may well have participated. Malcolm Boyes wrote about the walk in  a Dalesman book published in 1974. A fascinating read. The walk has continued to be organised as an ultra marathon event, but the June 2020 event was cancelled due to Covid, and I can't find any information about a 2021 event, though self-guided options are available. 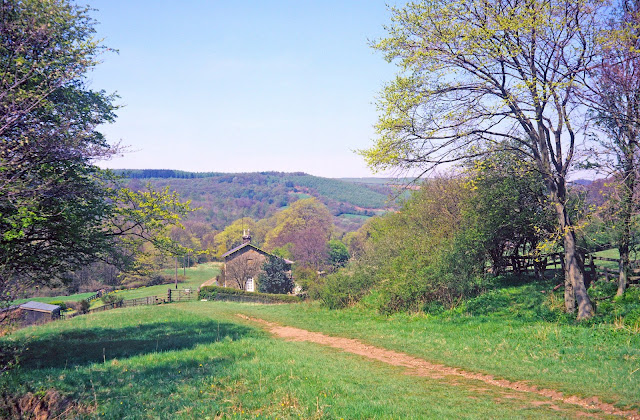 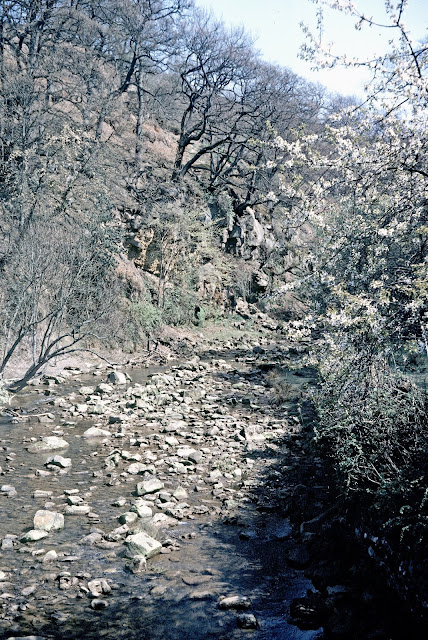 The view from Beck Hole bridge 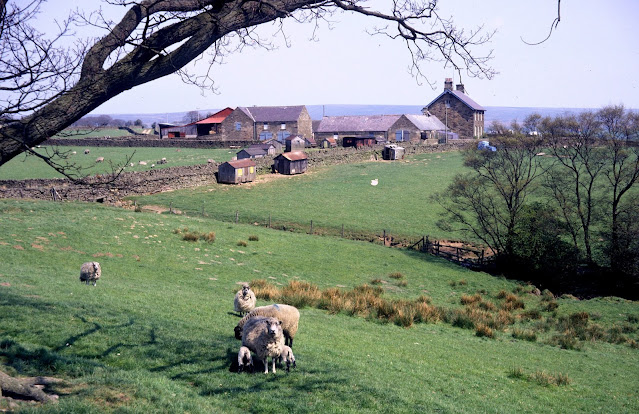 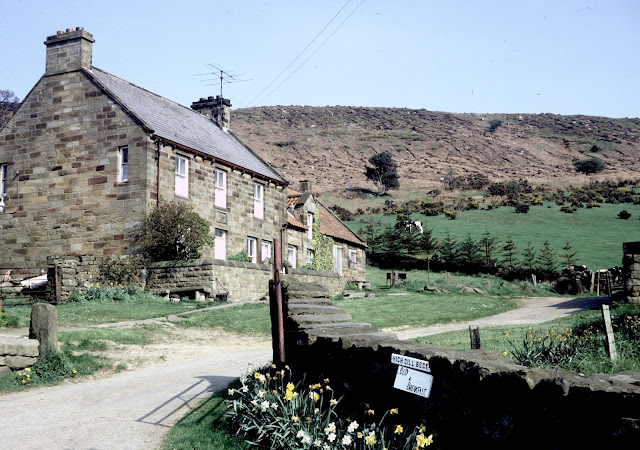 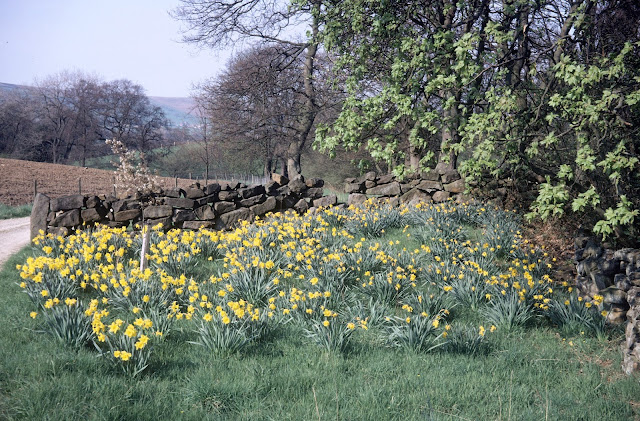 At the head of Glaisdale 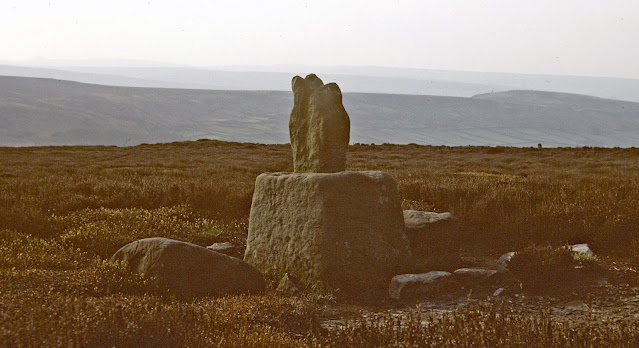 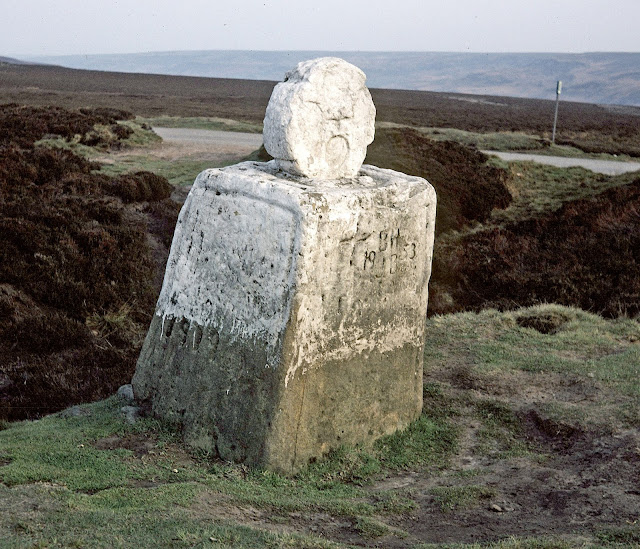 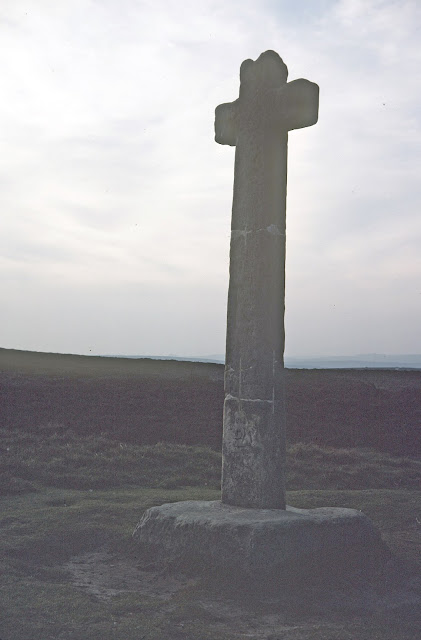 Ralphs Cross East, aka 'Old Ralph', where there was (and still may be) a tradition of placing money on the top of the cross for needy travellers 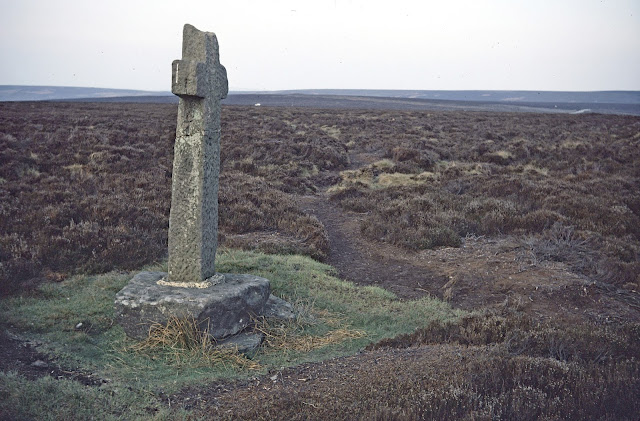 Ralphs Cross West, aka 'Young Ralph', though it is the older of the two crosses

Dusk outside Blakey House - Lion Inn, formerly an ale house used by pannier traffic - processions of up to 40 ponies with panniers laden with moor coal for use at the lime works in Hutton-le-Hole 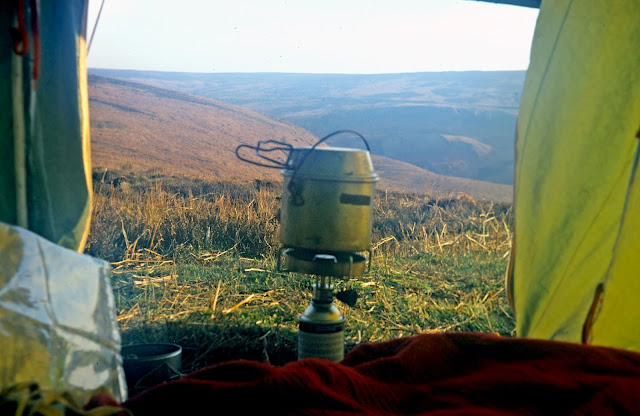 Breakfast at the head of Rosedale 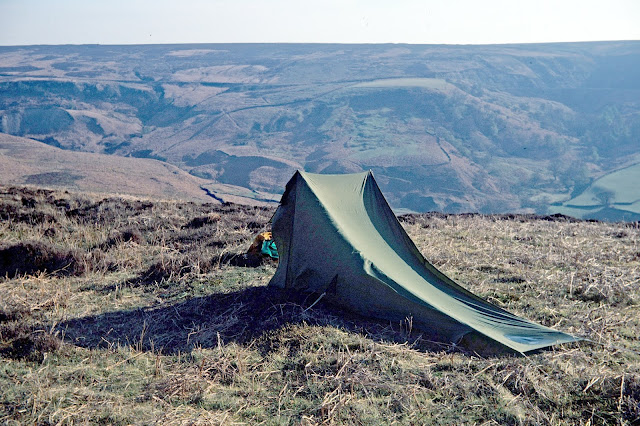 Camping at the head of Rosedale 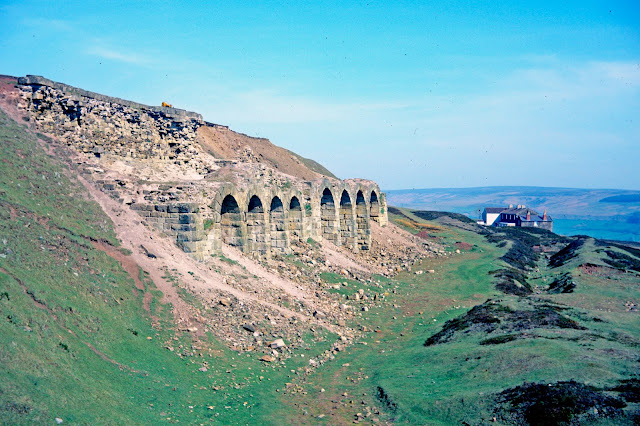 The old iron ore mines at Bank Top, Rosedale, that operated until 1885 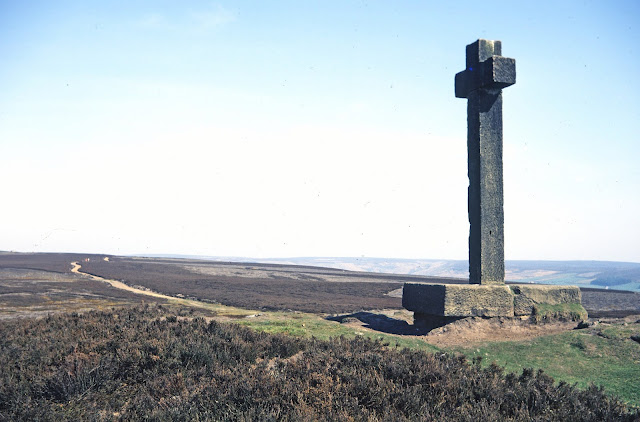 Ana Cross (Ain Howe Cross) is a 19th century replacement,
the top of the original cross being in Lastingham crypt 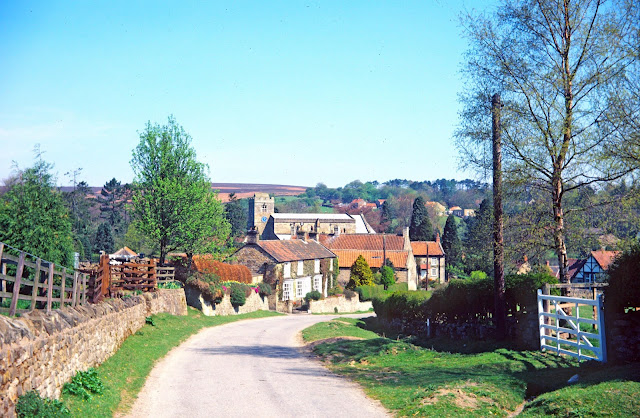 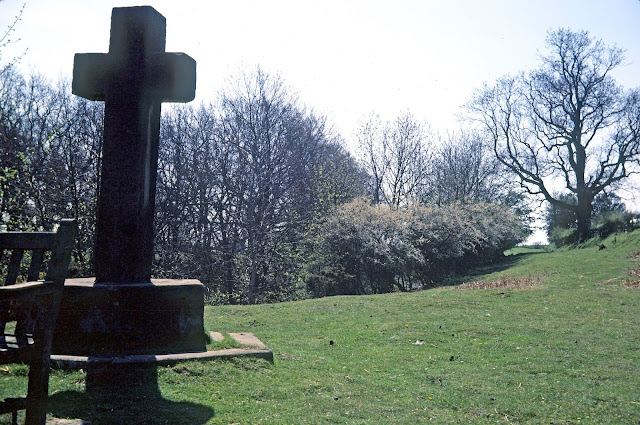 A cross at Spaunton, perhaps a memorial to Queen Victoria's Jubilee 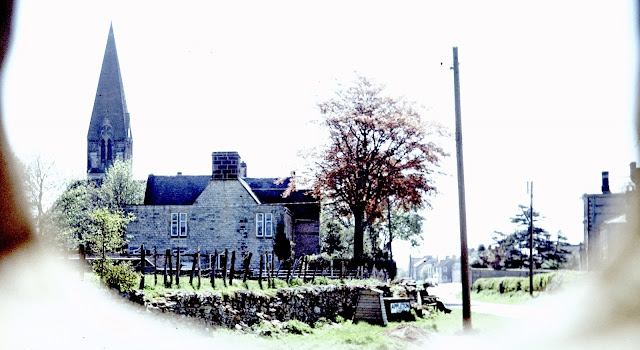 The view through Low Cross at Appleton-le-Moors 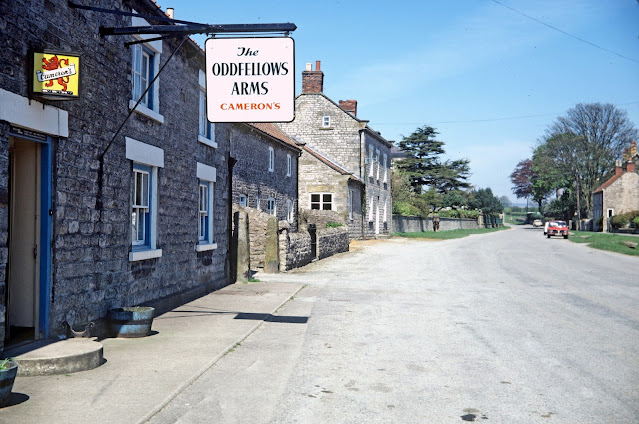 The Oddfellows Arms at Appleton-le-Moors (a short diversion) 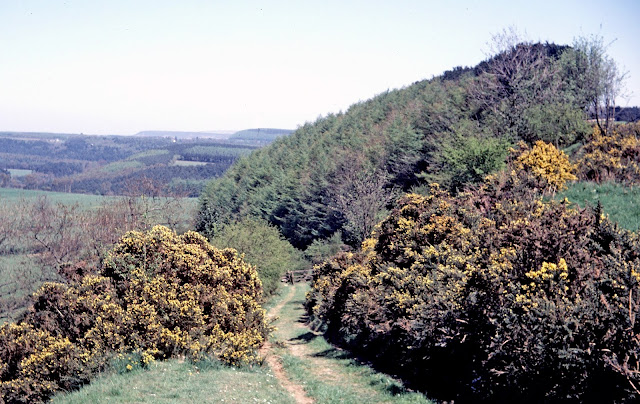 A view near Cropton

A view towards Farndale from near Cropton 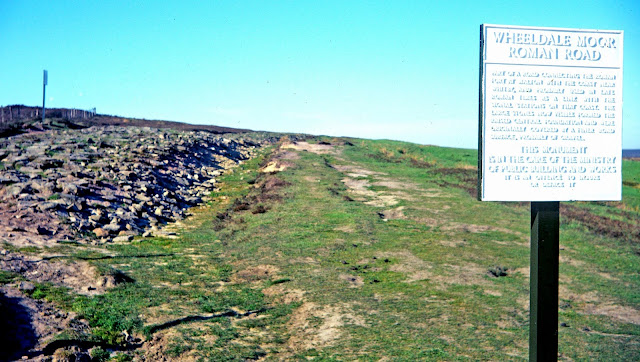 Wheeldale Moor Roman Road
This is part of a road connecting the Roman fort at Malton with the coast at Whitby, It was probably used in late Roman times as a link with the signal stations on that coast. The large stones now visible formed the raised central foundation and were originally covered by a finer road surface, probably of gravel. (Or so the sign says.) 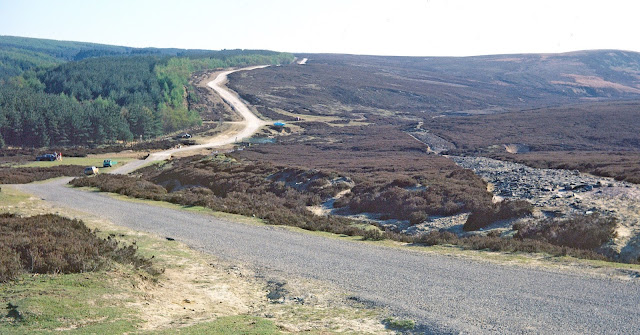 Wheeldale Moor Roman Road - the view south
I know this place well. In the middle distance is a spot where the Lyke Wake Walk crosses the minor road - a welcome support point before crossing the moor to Eller Beck and Fylingdales. 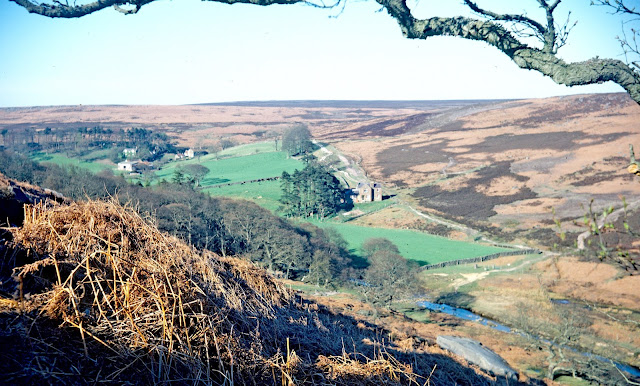 Wheeldale Lodge from the south 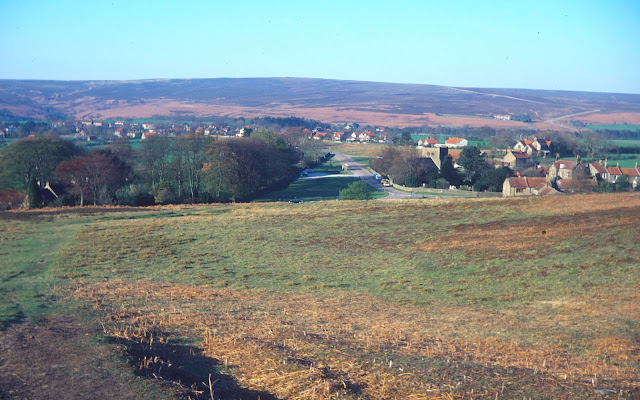 Returning to the outskirts of Goathland 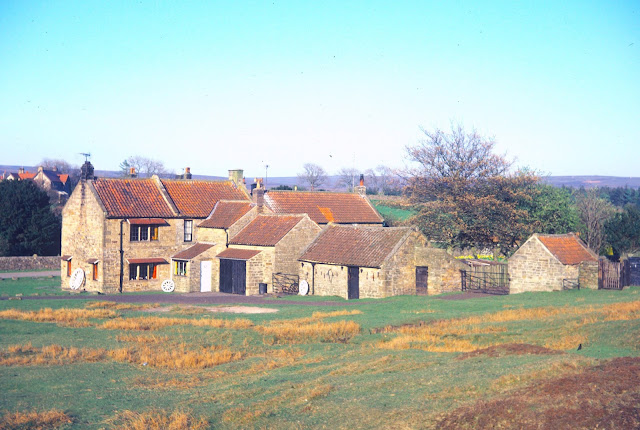 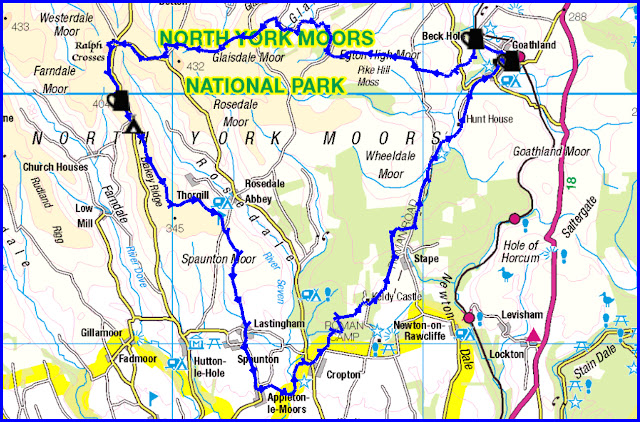 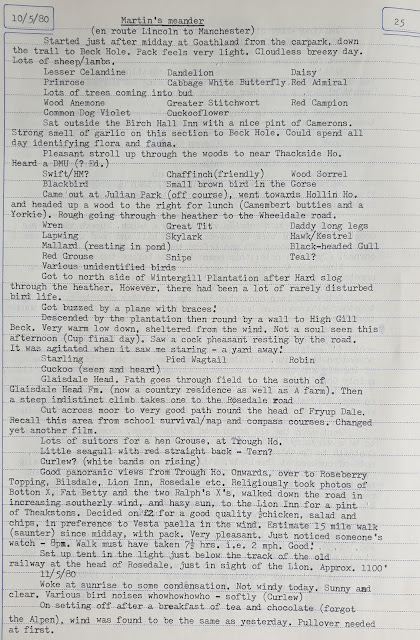 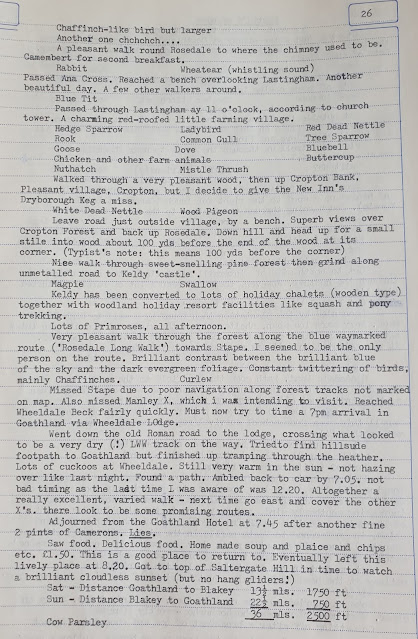