Back in Porthmadog, and a parkrun, etc 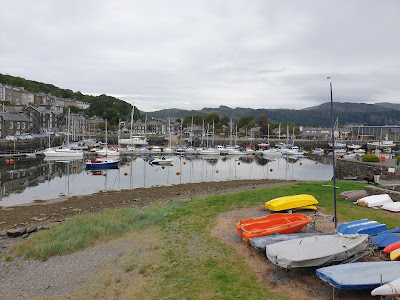 We are back. Supping tea on the deck, after a two and a half hour journey, with a view of the harbour.
On Thursday we had a 'canal by moonlight' walk home from Sale, where we had enjoyed a presentation by the climber, "I cut the rope", Simon Yates. 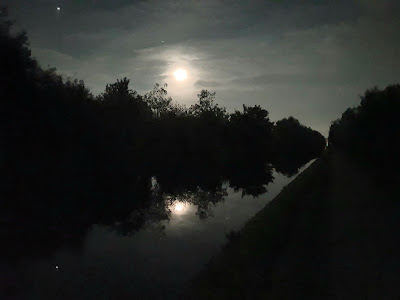 Earlier today Sue and I volunteered at Wythenshawe parkrun, where about 330 folk ran, walked or stumbled around the 5km course.
The occasion was overseen by recently liberated Oliver Cromwell, the graffiti accusing him of crimes against slaves (he perhaps has a lot to answer for, but slavery?!) having been removed as well as the fence around him. 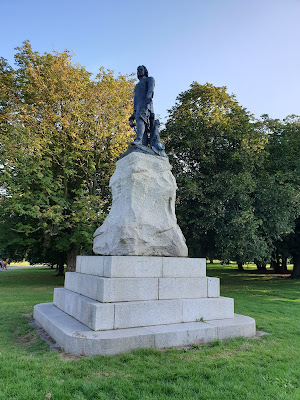 Starting in a field, the runners nearly obliterated Sue, who was positioned in a hole that could have been an ankle wrecker had she not been there. Anyway, she survived the ordeal and the runners were soon paying homage to Oliver. 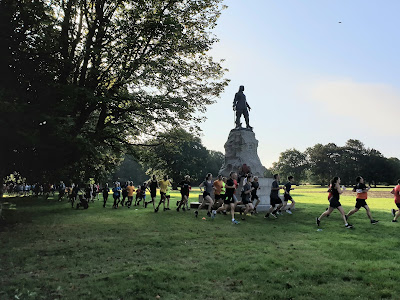 Later, Welsh Pony was being lovingly cared for just a few metres away from our abode in Porthmadog. 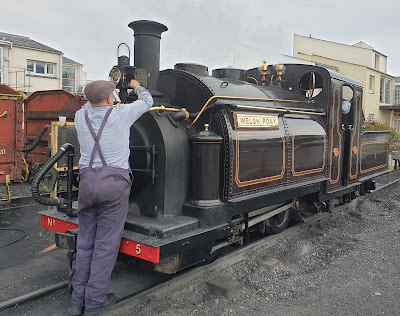