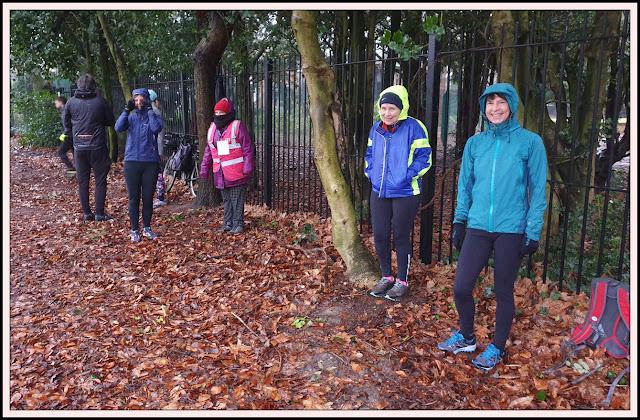 "Did you really do a parkrun today?" will be my mum's question when we call her later.

Well, here's the proof. It was raining, so Sue and I went in the car. I wore full waterproofs. The rain was cold and the puddles were deep.

We arrived quite early, so sheltered under a canopy of holly (above).

Alan and Jenn sorted out the volunteers - they were in short supply today. 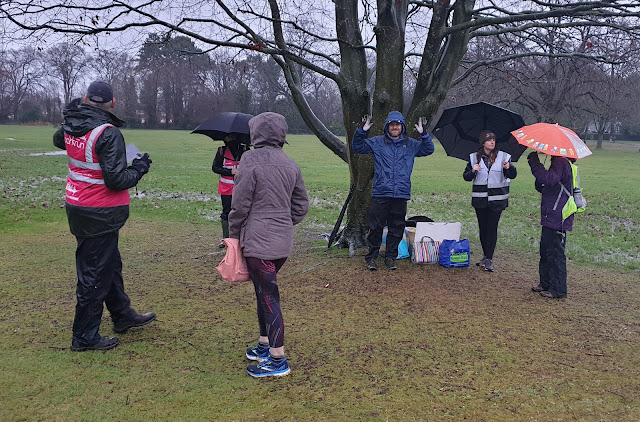 Some runners could be seen warming up, whilst I noted the waterlogged course. 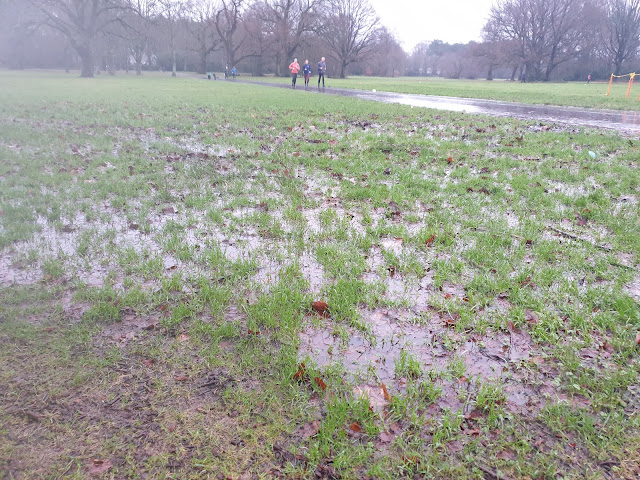 147 runners and walkers turned up today - about half the usual complement, though one family came along in force for their first ever parkrun. In wind and rain and cold mud. 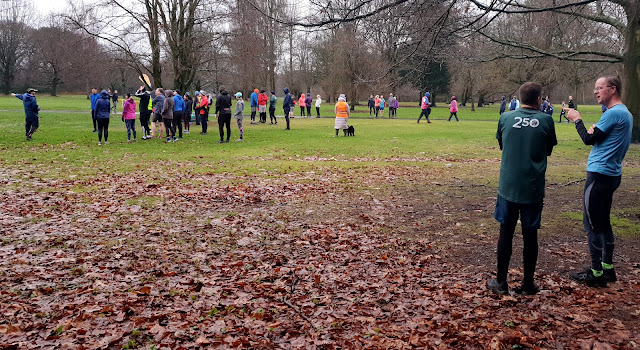 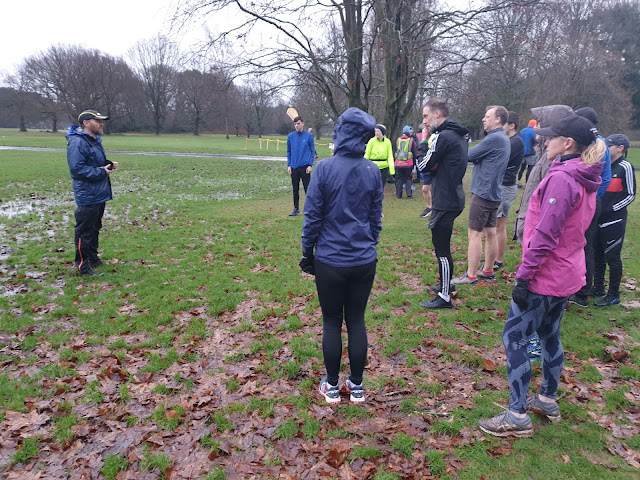 We assembled at the start. 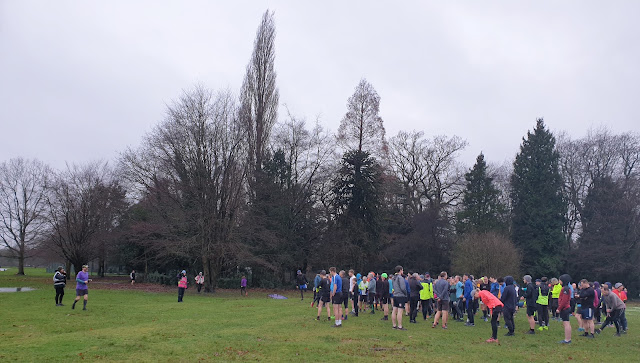 Congratulations to Jeanette, on her 300th parkrun today.
Afterwards, there was even time for group photos. I snook in to take this (mainly) Sale Harriers group - the lens, unsurprisingly fogged up as I took the damp camera from a sweaty pocket. Well done, everyone. 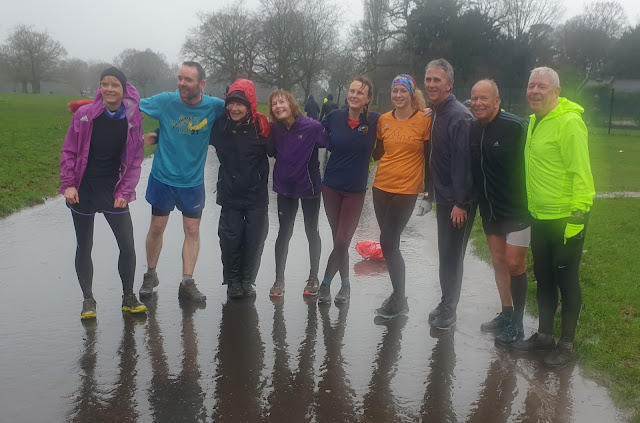 The last person romped home inside 55 minutes, thankfully a bit quicker than usual, after which Jenn and Alan adjourned to the tea room to process the results. 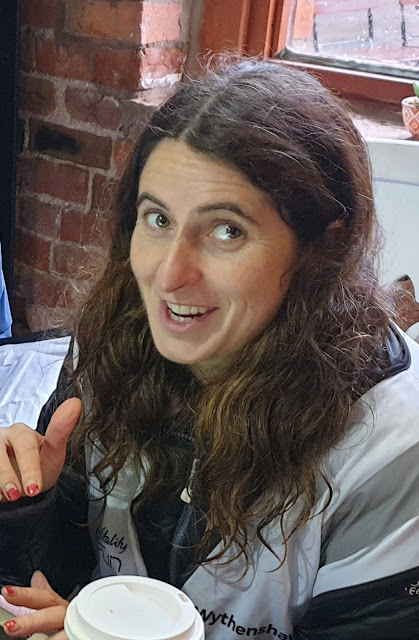 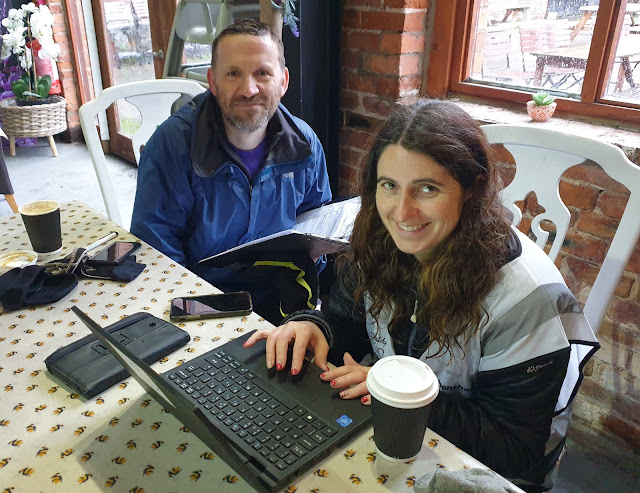 Meanwhile, elsewhere in the room a week old baby, Harrison, was passed around whilst I joined Paul for a while outside with Rufus, the exiled dog. Apparently dogs are banned from the cafe due to contaminating it with urine! What! 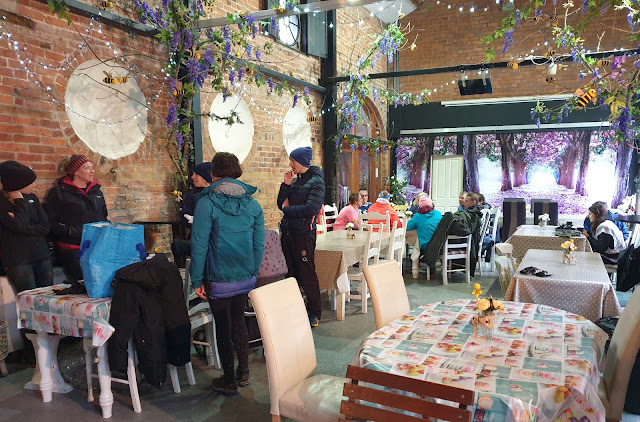 It was cold outside. We went home earlier than usual... as did most.
Full results are here.
Posted by Phreerunner at 17:04