A Sizzler, and Wythenshawe parkrun #480 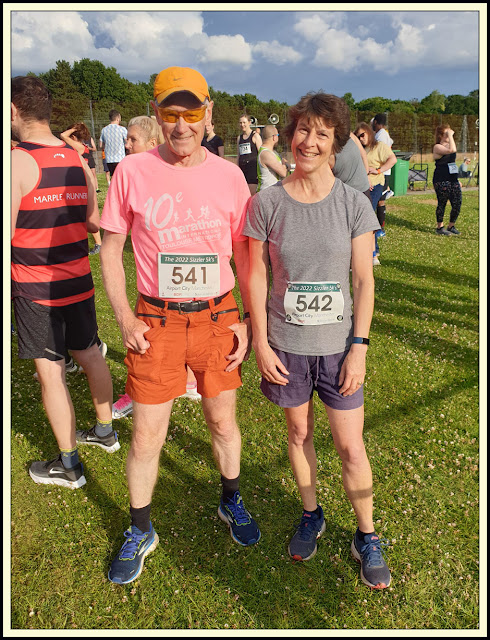 It's time for the Sale Sizzlers again, one every two weeks for the next six weeks, so four in all. The first of this year's 5km races took place on 30 June. They are evening races, starting at 7:30, so a bit different from the parkruns, also in Wythenshawe Park, which start at 9am.

For this event, Sue and I joined some 470 racers, around two laps of a course in the park that incorporates the running track.

These pictures were taken at the start, before Sue and I made our way to the back. Most of the participants are club athletes from far and wide. Some go very quickly - the winning time was 15:00.

Full results are here. Sue was pleased with a quick time of 24:41, and I wasn't far behind her in 24:56, in position 391, so I must have overtaken about 80 runners! It didn't seem too crowded though, thanks to the chip timing system. 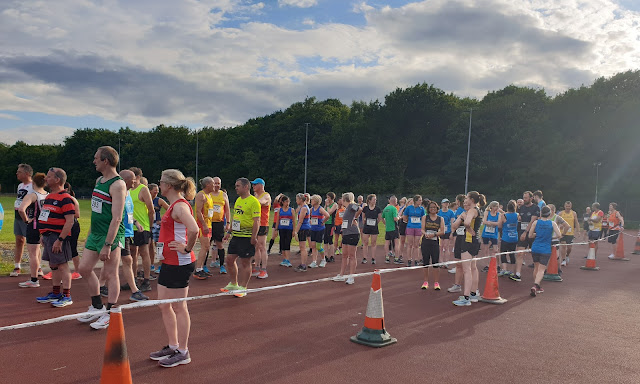 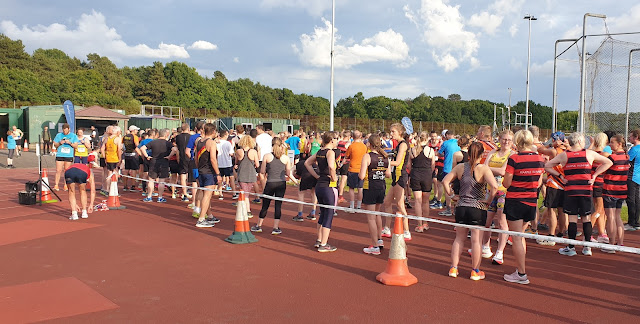 Thanks to all those who cheered us on, it was most appreciated.

Click on the image to view the detail
And so to today, and Wythenshawe parkrun number 480. Due to a festival closing part of the park in which we usually run, we reverted to the original course, starting near the athletics stadium. Luckily the grass had been cut along our route, though it was pleasing to see that most of the field has been allowed to grow wild. Setting off slowly, the field of 184 runners soon stretched out ahead.

Not everyone was ahead, whilst Sue and I ran together for a while. 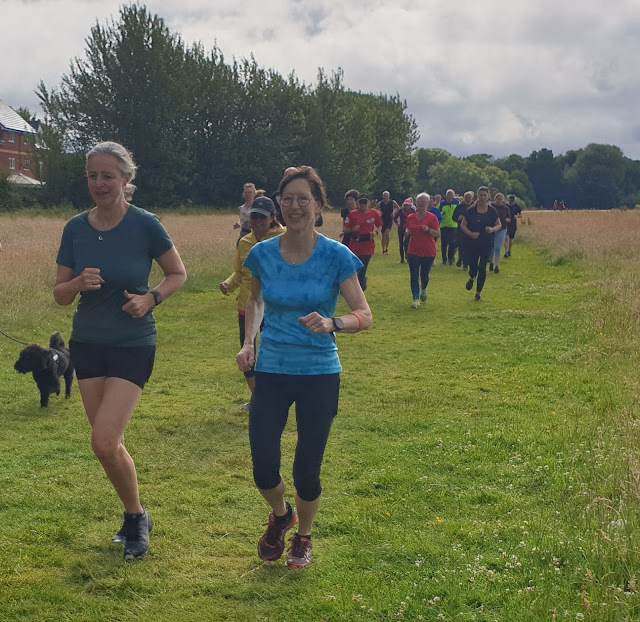 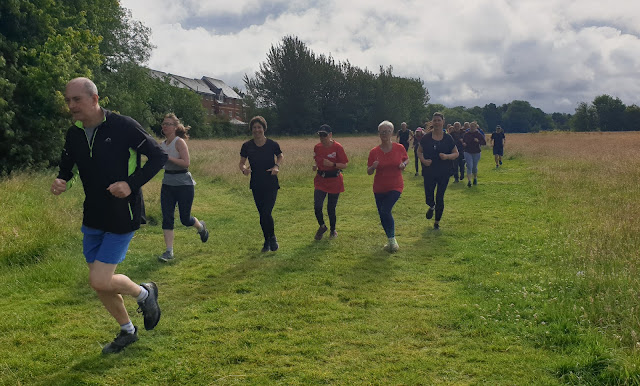 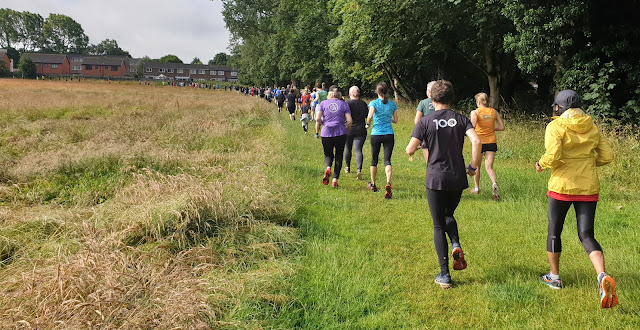 Sue paused to run with Jeanette when we caught up with her, finishing in a leisurely 28 minutes, whilst I caught up with Michael D and ran with him to finish in 27:00, both ahead of the only other VM70 participant. 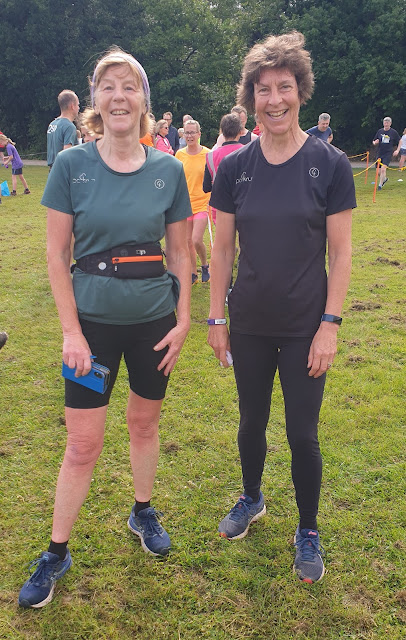 Jeanette and Sue, exhausted at the finish!
After recovering our breath, we enjoyed coffees at the pony place and were joined by some of the 'usual suspects'. A lovely way to start the weekend. Full results are here. 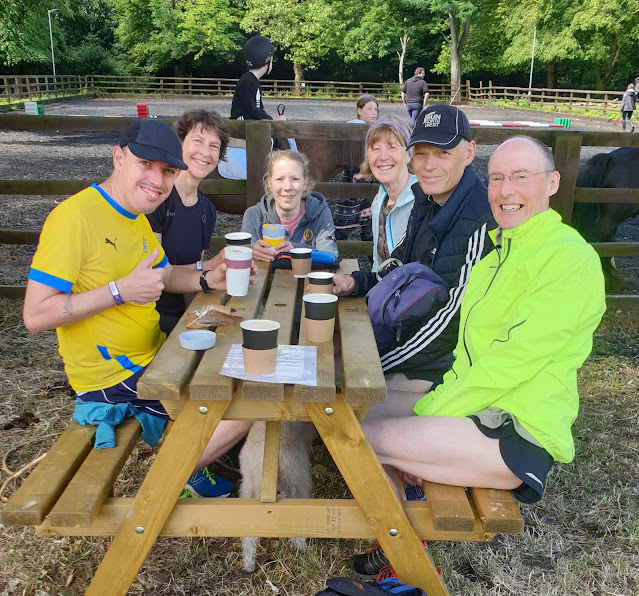