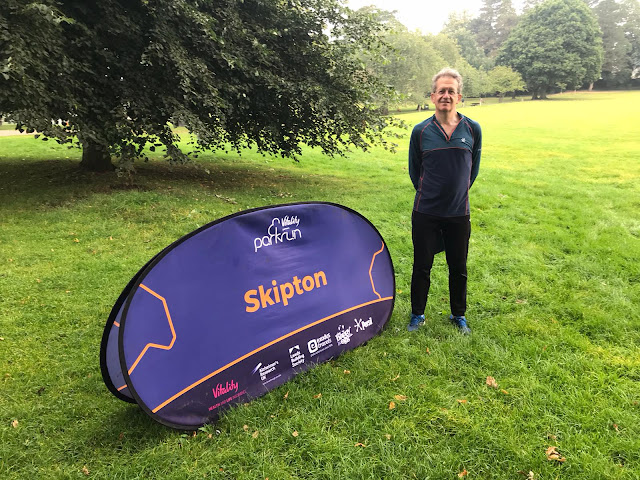 Little did we know, when planning this trip, that our accommodation would be just a ten minute walk, along a canal towpath with curious swans and hedges full of chattering sparrows, from a parkrun on a Saturday morning.
It just had to be done. I may do a separate posting in due course. The 'four and a bit' lap course includes a hill. So it was a bit tiring. 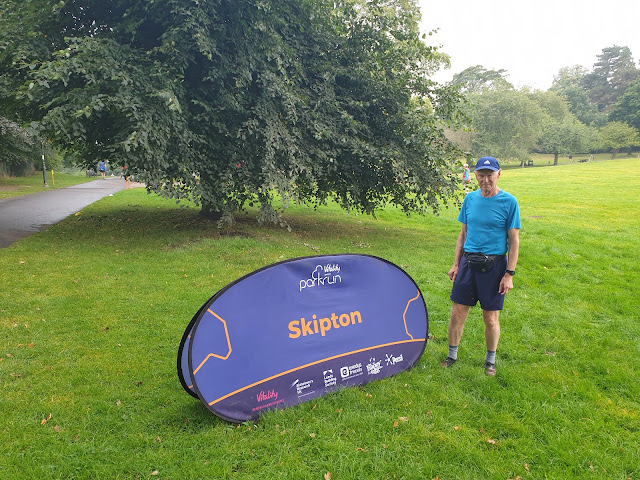 Eventually we left the B&B at about 10am, and spent the next seven hours on a 22km stroll to Malham, arriving just as the youth hostel, our home for the night, opened at 5pm.
Meanwhile, from Skipton there was a long climb and some monstrous stiles, up to the 357 metre summit of Sharp Haw. 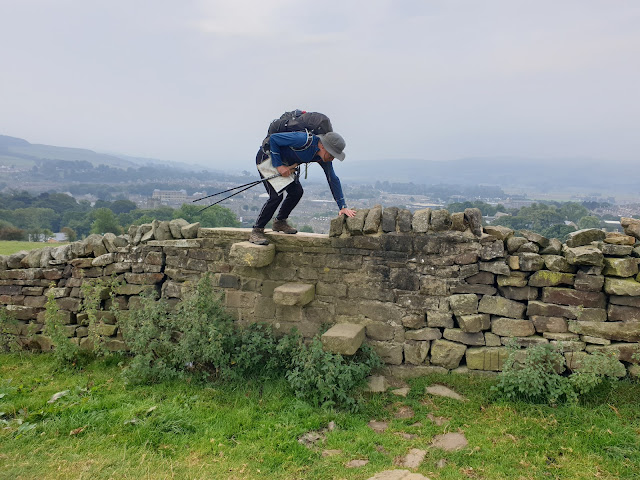 We lingered on the summit, with good views down to Skipton on the warm, overcast morning. 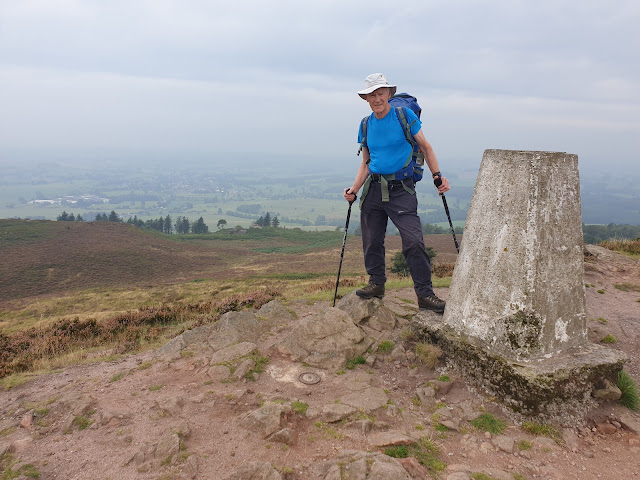 Then we got caught up in the melee of a half marathon fell race with about 150 competitors. We were exceedingly courteous to them as they struggled up their final hill, and we struggled against their relentless flow along the narrow path. 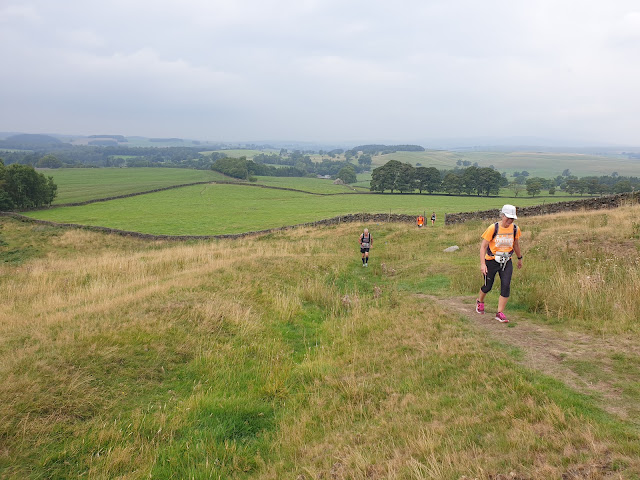 The valley walk to a lunch bench in Hetton was a delight. Cows were bathing in the river. Harebells littered the meadow. Bog asphodel occupied a boggy section where a boardwalk had been supplied.
The grassy slopes by the river are currently home to eyebright, clovers, dandelions and daisies, buttercups and ribwort plantain, as well as plants mentioned previously. Not forgetting a flapping heron. 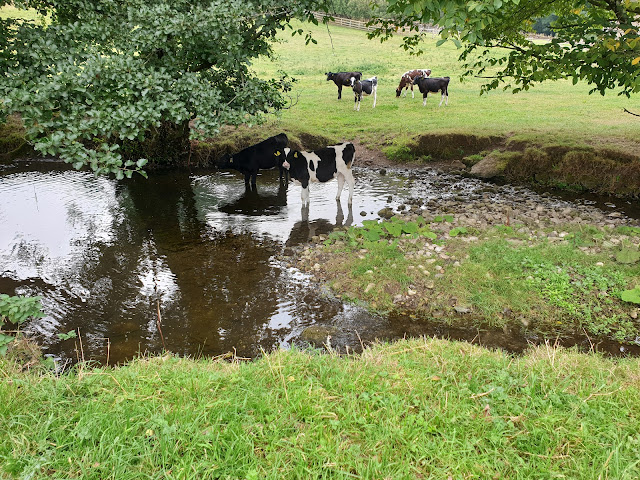 After lunch we saw very few people until we reached Janet's Foss. It was a long, lonely, but not unpleasant drag up to Weets Top, where we drank the rest of our water before descending past ragwort, knapweed, willowherbs and cranesbills, to the honey pot of Malham.
The bathers at Janet's Foss reminded me of Sue and certain of her crazy friends going skinny dipping there in the middle of February 2007. 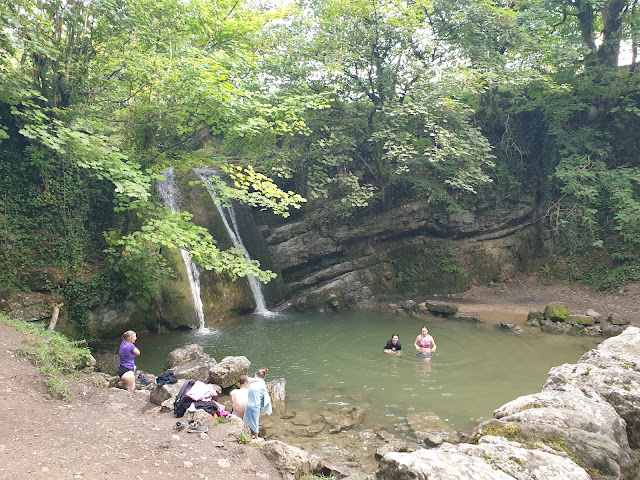 We quickly showered and washed clothes, and Cary had booked a meal at the Lister Arms. A fine meal it was too. 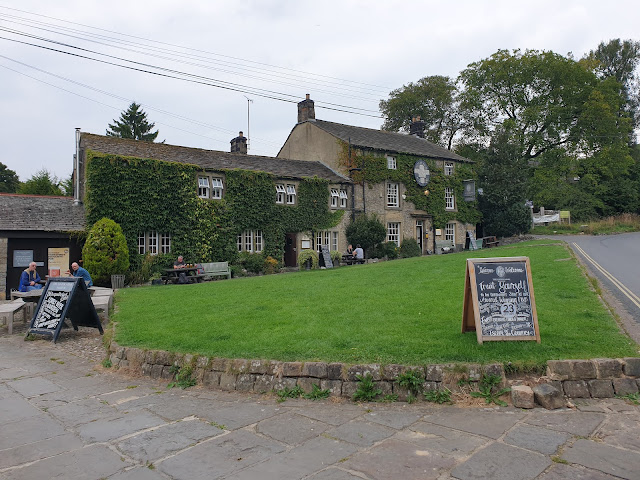 Another commenter I think said "envious." Me too.