Click on any image for a better version or slideshow

This team last met up in September last year, for the Kentmere Horseshoe walk. (Report here.)

So it was good to get together again and celebrate Sue and my 20th wedding anniversary with a classic walk in the Lake District. Don and Liz, and David and Linda, provided excellent company and entertainment.

We set off on our anticlockwise perambulation of nine summits:

We started on the track by Barbary Rigg - cycle route number 71. No bikes were seen. 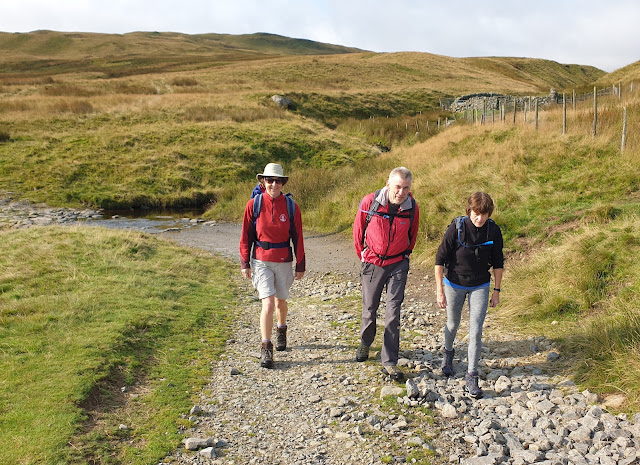 Blencathra was in cloud (top picture), and Wolf Crags glowered above as we strolled past. 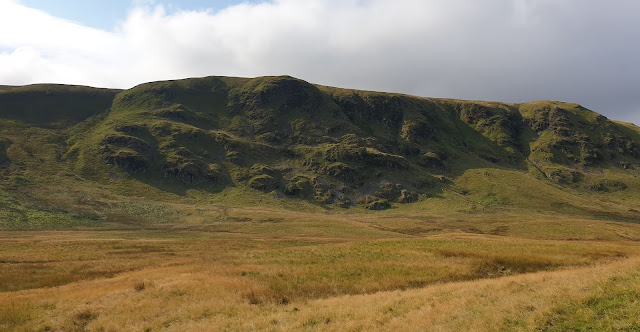 After a couple of miles, David, navigator as he'd done this 'three times before', led us over a barbed wire fence and then brutally (for a septuagenarian) up the steep slopes of White Pike. 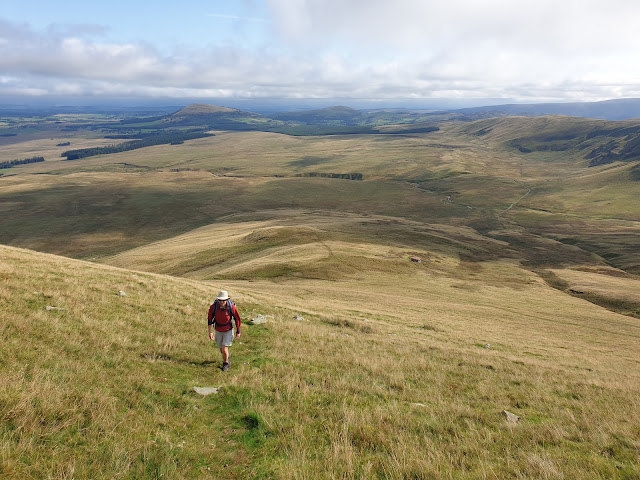 A minor celebration was tinged with the disappointment of discovering that we were not much more than half way up the thrutch to Clough Head. 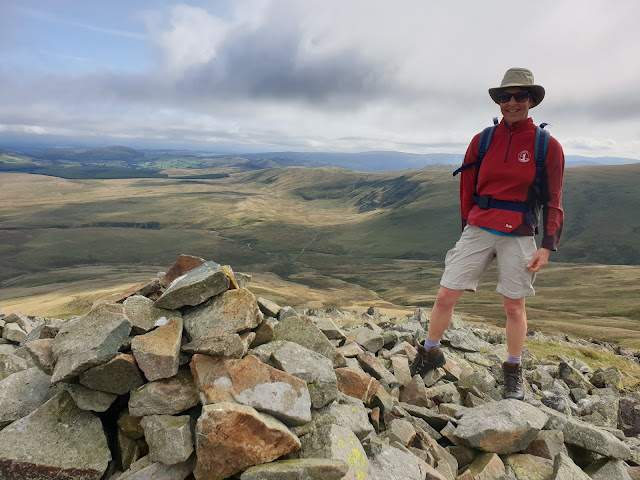 However, there were good views towards Keswick, which appeared to be enjoying a sunny day. 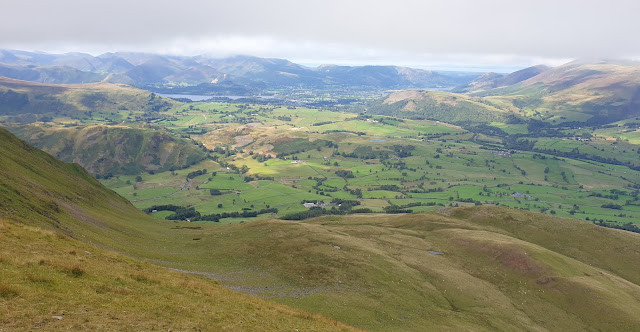 They kindly waited for me at Clough Head.

Continuing on past two horses and up to the slowly rising cloud, Thirlmere appeared in our view to the south west. 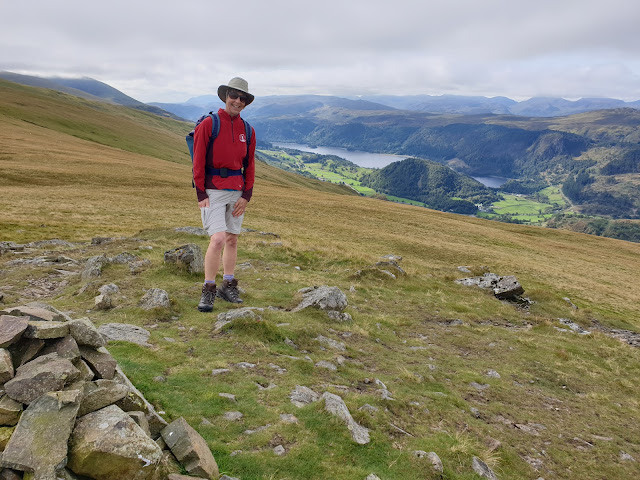 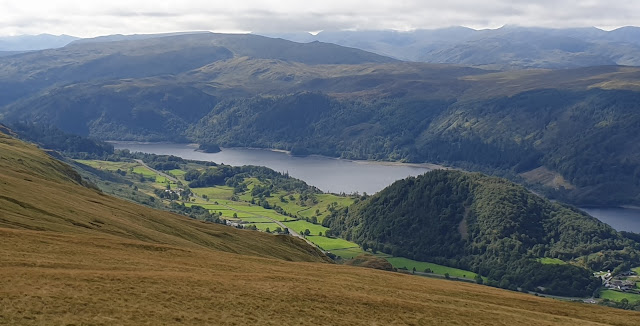 After Calfhow Pike we marched on into the clag, soon reaching Great Dodd, from where we strolled off in the wrong direction, thanks entirely to the cloud, as there was nothing wrong with David's navigation! 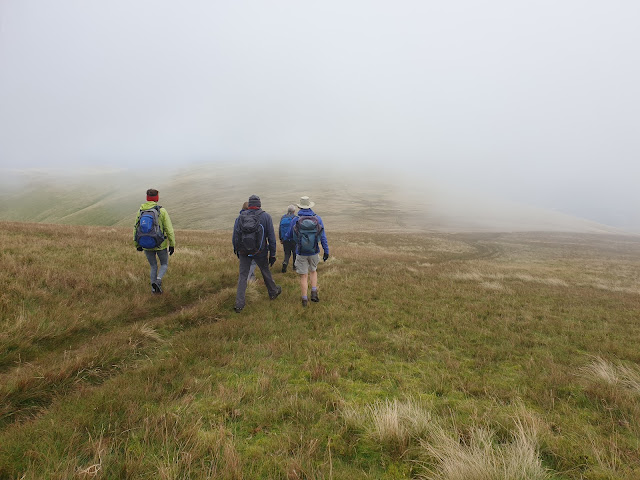 Eventually we descended from the heights (and mists) of Stybarrow Dodd to a comfy lunch spot on some interesting rocks. David unearthed one that had one of those OS benchmarks! 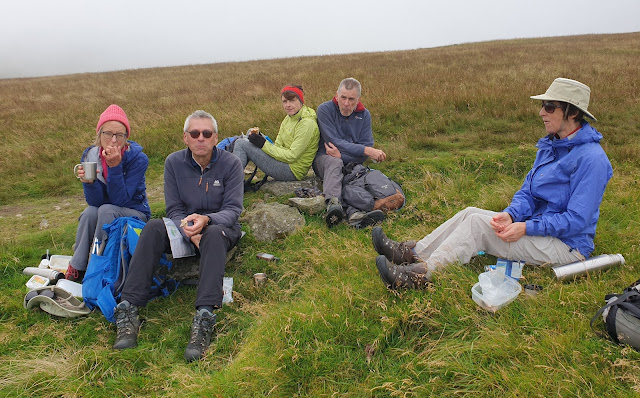 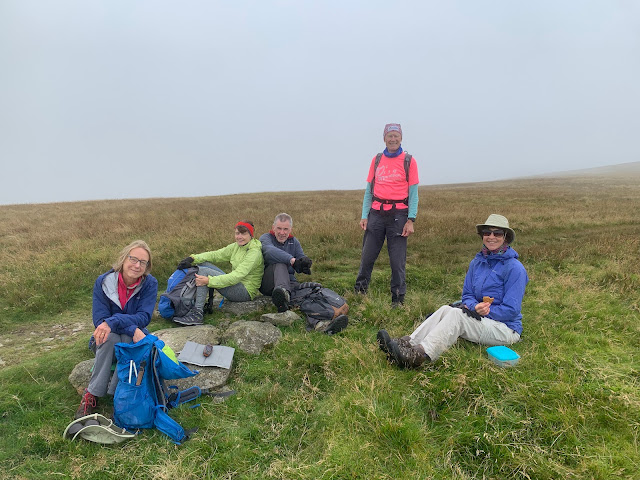 The next summit was White Stones, from which there were more good views. 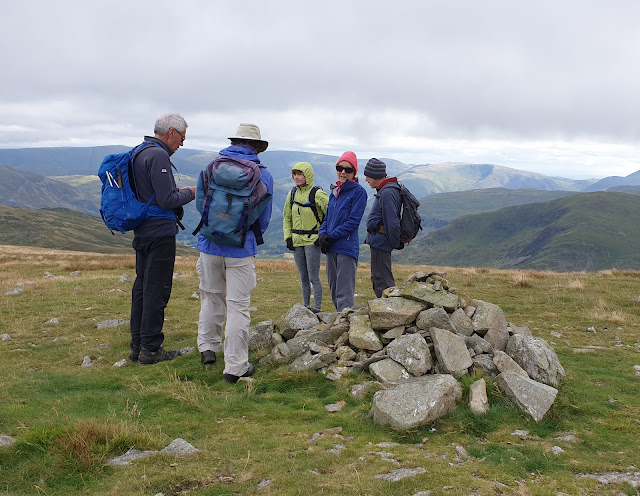 They all rushed off, but I knew Sue would soon pause. She's addicted to identifying stuff. Today it was an assortment of fungi and fox moth caterpillars (aka 'Big Hairy Caterpillars). 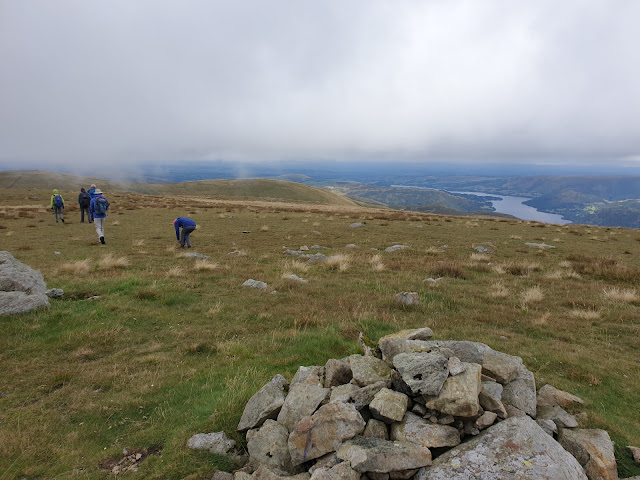 There were nice views and warmer air as we descended past Hart Side. 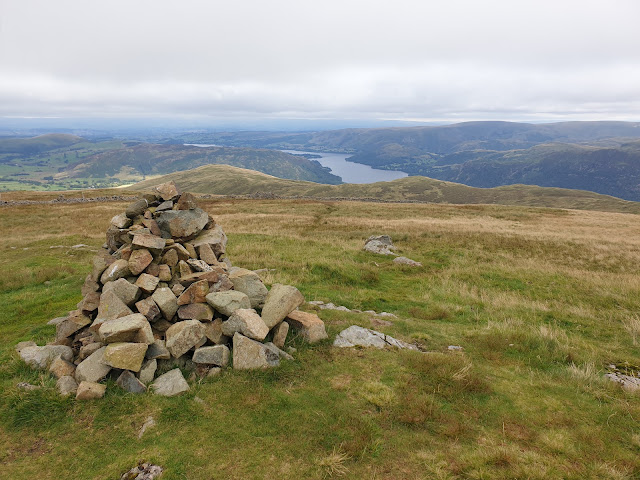 And on we trudged, afternoon tea being postponed until we reached Rush Gill, where we discovered that only David and Linda had any tea left. 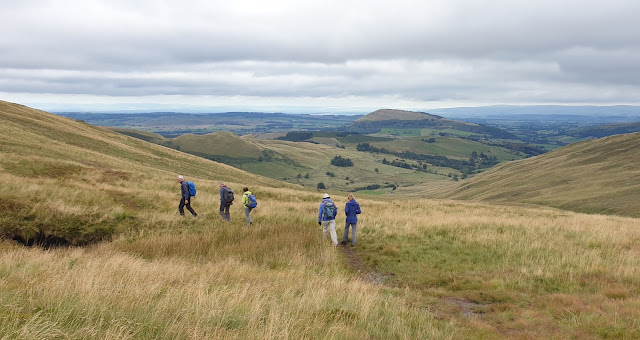 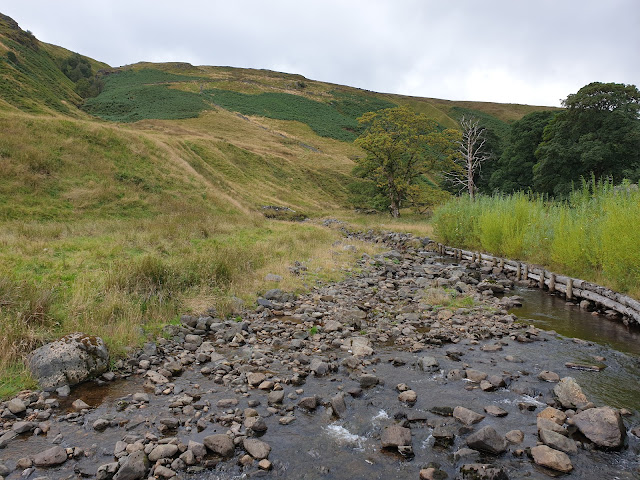 Never mind, after finishing the walk on the gentle descent on which Linda is pictured below, Sue and I headed off to the warm hospitality and large pot of tea at Mike and Marian's abode in Patterdale. It was great to catch up with them. 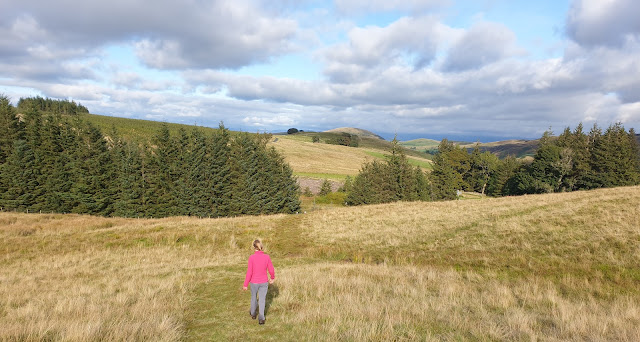 Here's our route (click on the image for a better version), starting on the right, from High Row.
A little less than 20 km, with over 800 metres ascent, taking us six and a half hours. 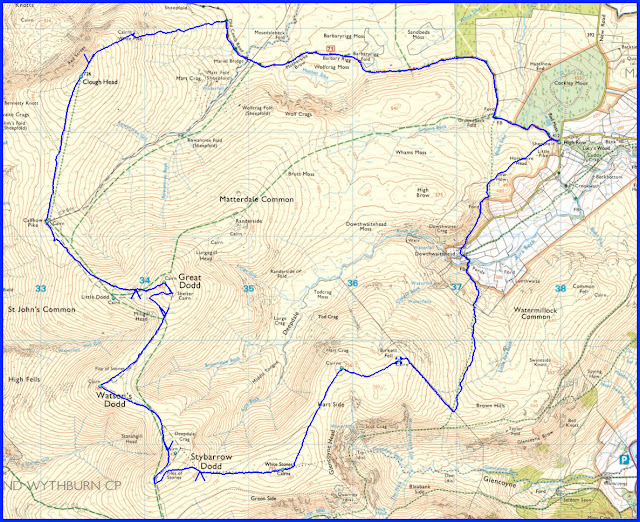 Then Sue and I had a very average Indian meal in Windermere (all the good restaurants were full), and ambled off down the M6.

Thanks to everyone involved in the organisation and execution of this little outing. We must have another one soon. It's on my ToDo list!

Congratulations on your 20th wedding anniversary. A bit wintry here in Braemar this morning.

Thanks BC, and Gibson. How time flies!!!

Many congratulations, we cannot believe you have been married for 20 years.

Congratulations on 20 years and 12 days of marriage! (Sorry for the delay - it's the downside of being so behind in my blog reading.)

Thanks Gayle, and Robert and Lyn, I've got miles behind on your respective blog postings as well...