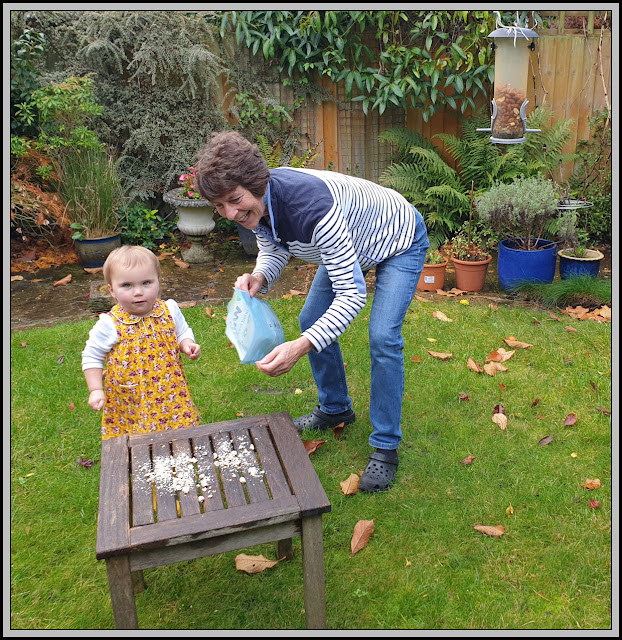 First job, as the seasons get harder for the birds, and after waving off Heather, who has spent the week with us, is mealworms and fatballs for the birds. We've been feeding only the tits until very recently, but the garden now has pigeons, blackbirds, sparrows and a robin seemingly relying on our handouts.

Then a trip to the park, with excellent Sicilian coffee provided by 'Walton Perk', for a brief interlude playing on slides and with a football. 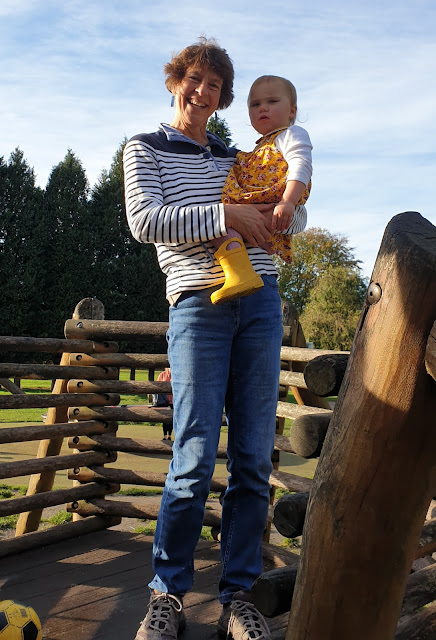 However, Izzie is drawn quickly towards the passing trams these days, so she soon led the way to Marsland Bridge, where a jolly tram driver lady waved back. 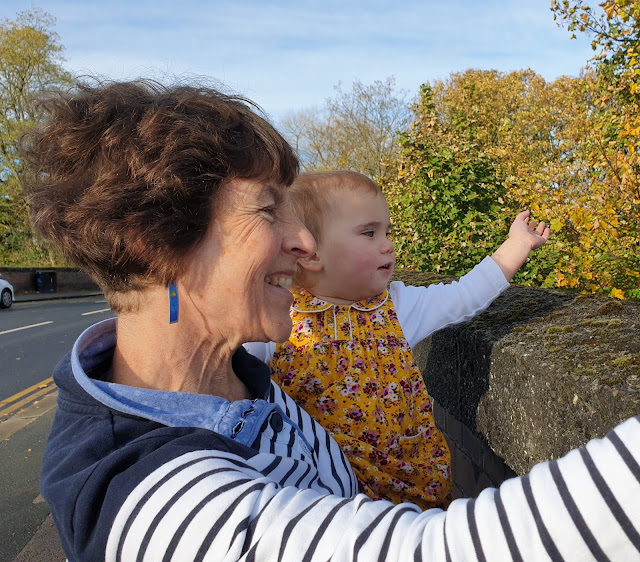 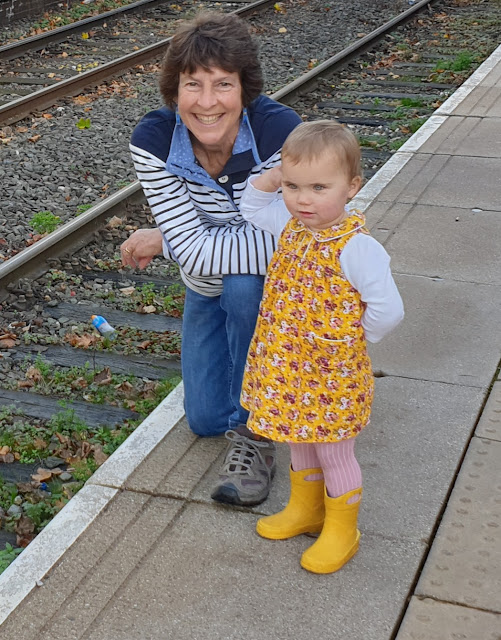 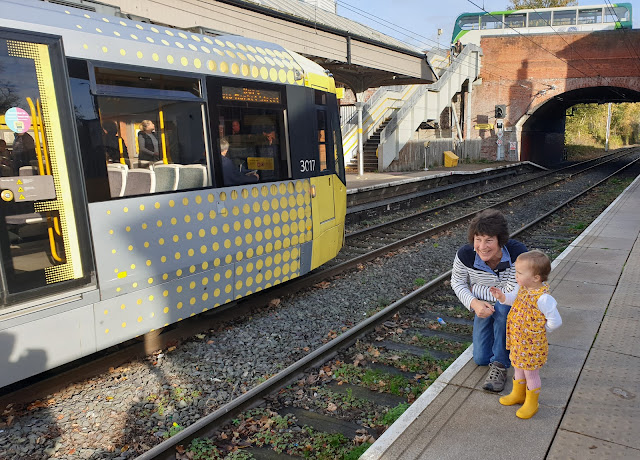 ... and eventually enjoying the ride from Brooklands to Timperley via Navigation Road. 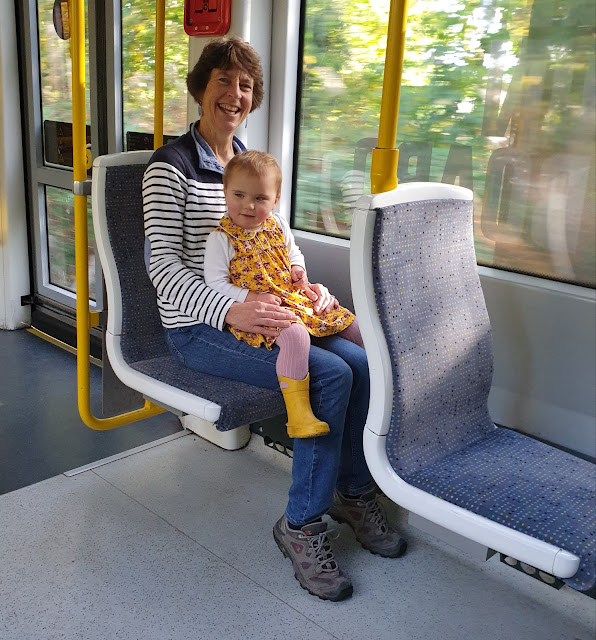 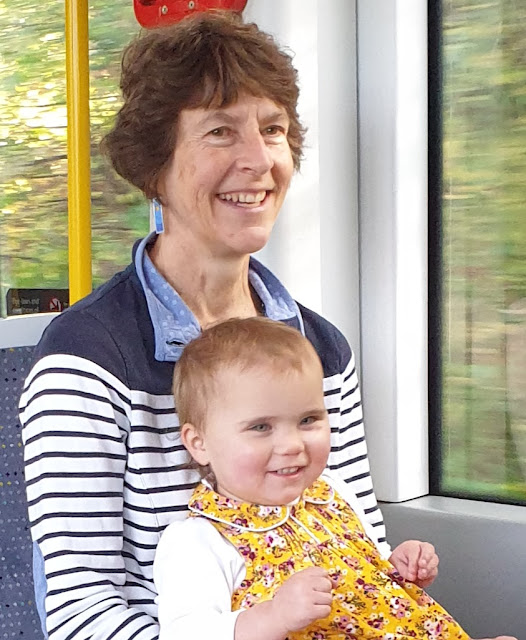 The child's chair and bib are now rejected in favour of Sue's knee and a tissue, when it comes to lunchtime. After sausage and potato and peas, a plate of fruit and yogurt is always licked clean. 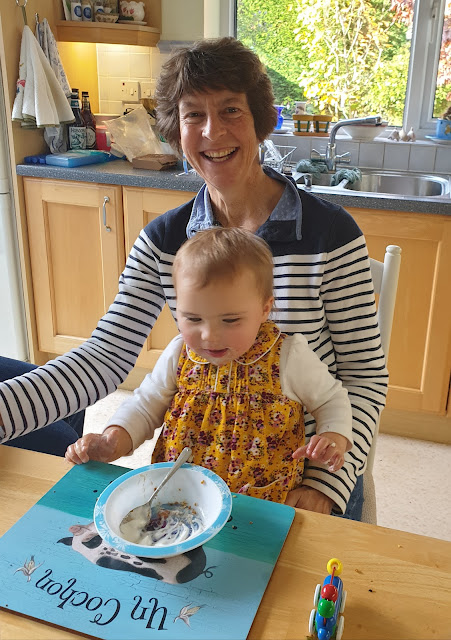 Then, after an hour's nap, washing up the biscuit mixture crockery has to be done by she who made the mixture. 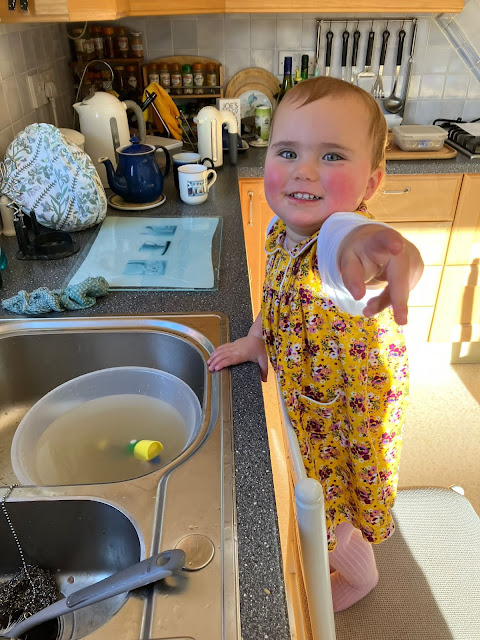 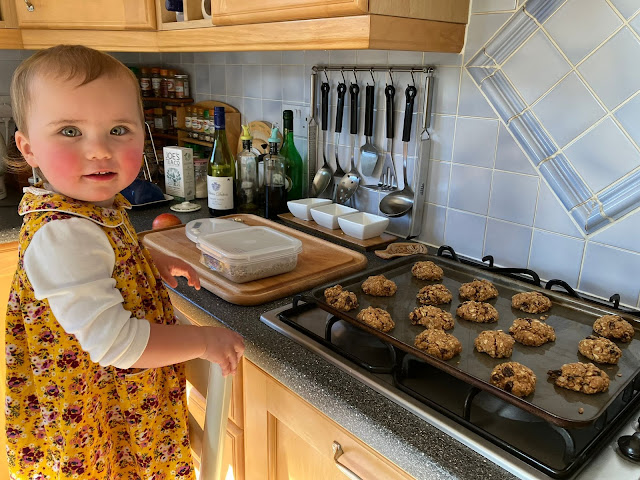 'Look what I've made!'
Then it's time to play with the trains, so long as grandad doesn't make them disappear in his magic box! 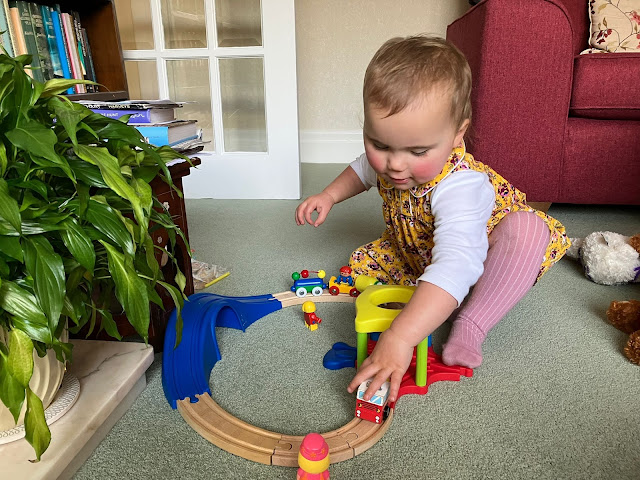 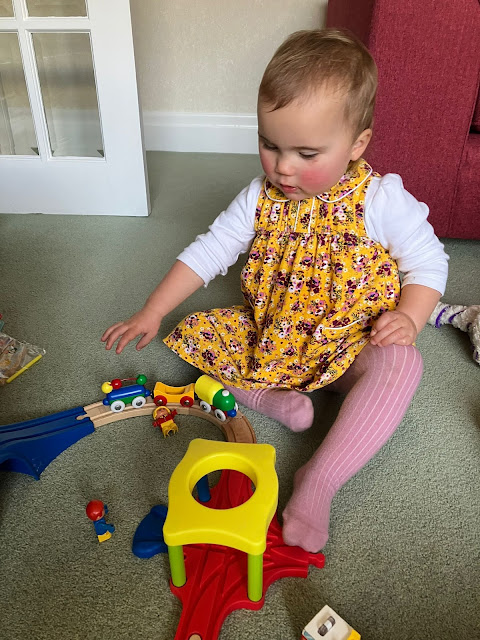 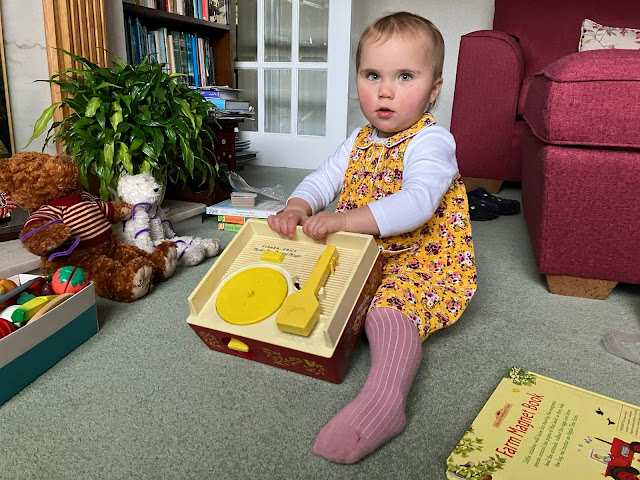 'Do you like my record player? It plays lots of nursery rhymes, but it needs to be wound up a lot.'
While Izzie slept, grandad had washed his car. 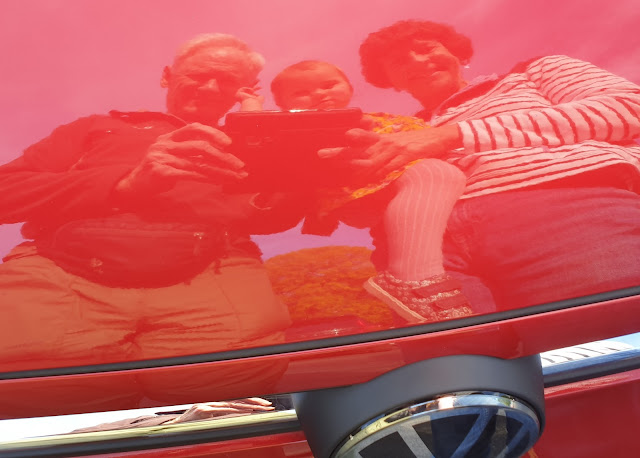 On the way back to Didsbury we stopped at Wythenshawe Park to see how the piglets were doing. Pretty well by the look of it. 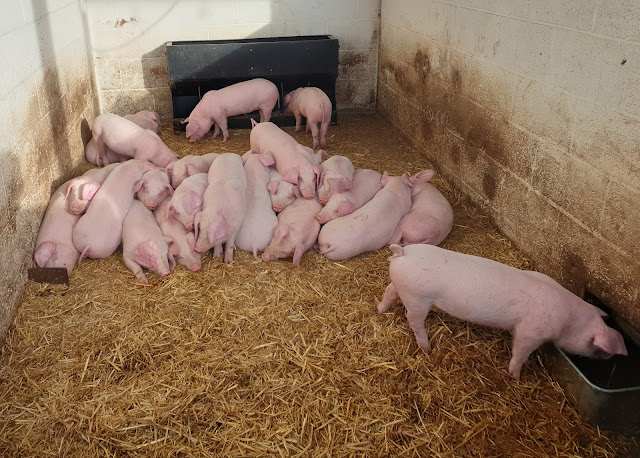 Next to the farm is a playground. Very busy today as the local schools are on their half term break. 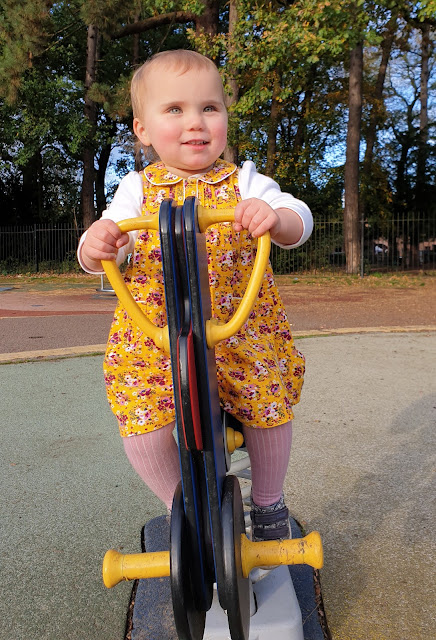 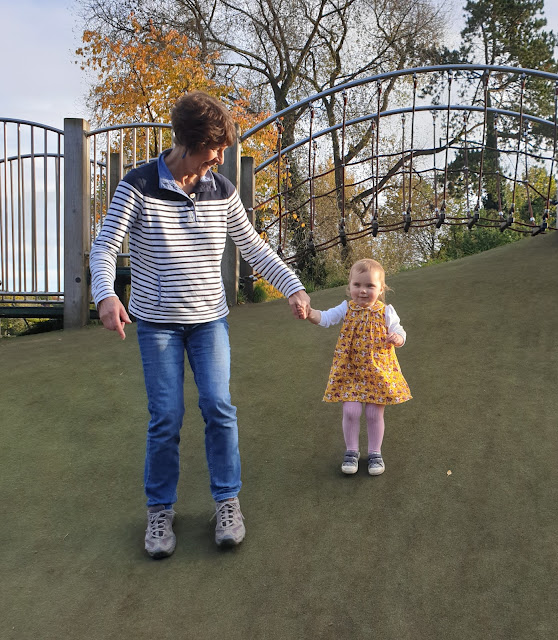 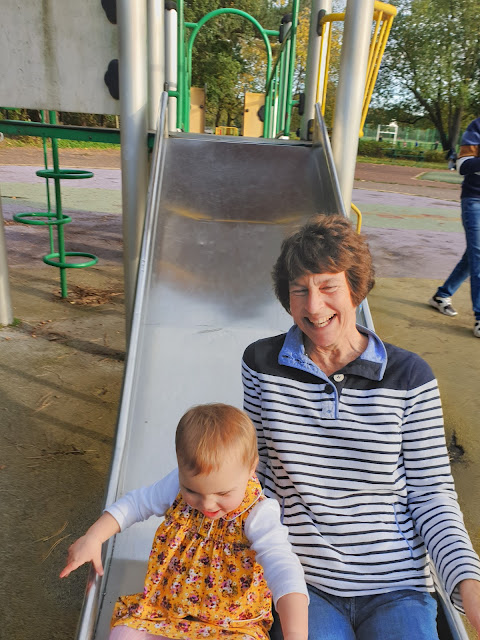 Considering it is late October, the summery weather made life very easy today. It'll be a shock when gloves and hats and overcoats are needed.
Thanks again for being so well behaved, Isabella.
Posted by Phreerunner at 15:51