Today Sue and I wandered briefly under a grey sky, along a route similar to the one taken by me on 24 March this year.

Since then we had been contacted by Gary, from Boston – Massachusetts – whose forebears, including his grandfather, had been baptized at St Peter’s around 1884 before emigrating to the New World.

Whilst St Peter’s does have a website, there are no images of the interior, and Gary would like a picture of the Baptismal Font.

Sadly, the church was well and truly locked up today, so it looks as if we’ll have to revisit it on a Sunday morning after a service.

In the meantime, just to keep things warm for Gary, and show him some of the scenery his ancestors would have enjoyed, here are a few images.

Firstly, on the pleasant approach down a footpath from Lymm, the church comes into view beyond a field of grain.  In the far distance, 25 miles away, are the Pennine Moors that rise to 2000 feet or more above Glossop and Mossley.  In the centre of the picture below you can just make out the outline of the Beetham Tower.  Gary’s grandfather would never have seen this – completed in 2006 at a cost of £150 million, it is the highest building in Manchester, the tallest residential building in Europe and the 7th tallest building in England with over 525,000 square feet of space. It’s 169 metres high and has a total of 47 floors.  No wonder it’s visible from here! 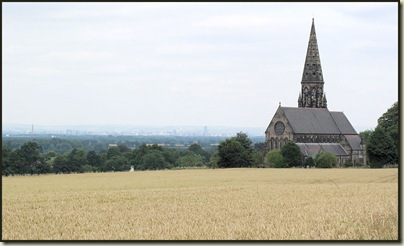 As we get closer, the church becomes nicely framed by a canopy of foliage from the trees that line the path. 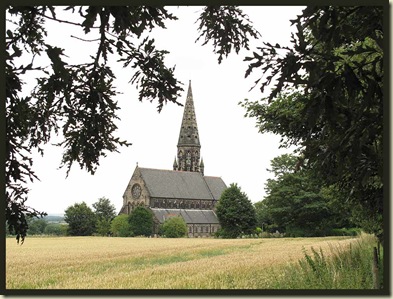 The graveyard is still very much in use.  I presume that the closeness of these recent memorials reflects a preference for cremation. 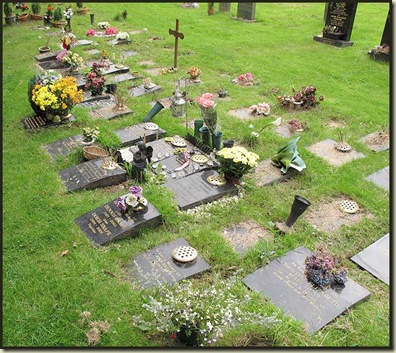 Some eminent people have their final resting place here. 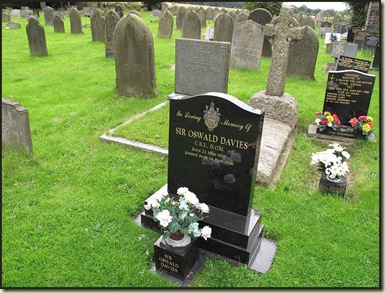 Today the spire towered high above us into the greyness. 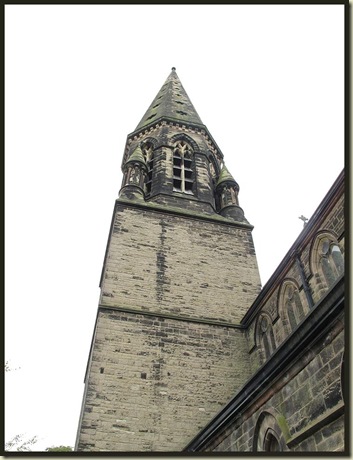 In the early part of the last century some tombstones were rather more ornate than in modern times. 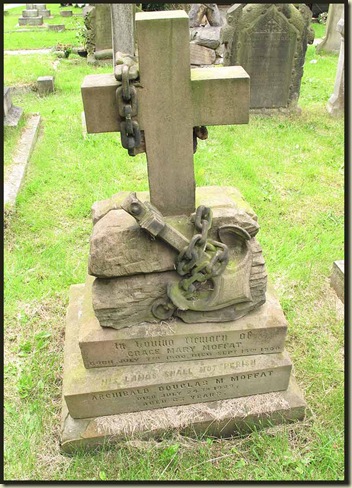 Moving on, the Bridgewater Canal, opened in 1761, is still (as mentioned in previous postings) going strong.  Here’s today’s view from the bridge in the centre of Lymm. 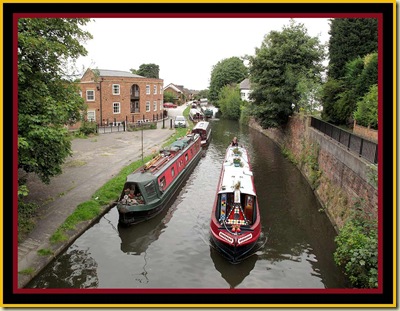 From the same spot, the Bulls Head looks in fine fettle.  I go back some way with members of the Hyde family, and it’s great to see that their local family brewery is still going strong. 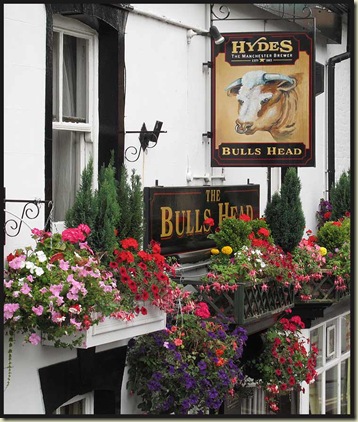 One day I’ll get an acceptable picture across the lake to the church, but to date I’ve been unable to make that happen.  This is the best I can manage. 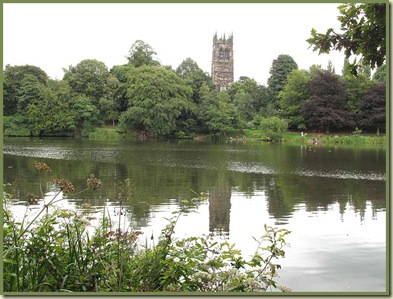 We certainly didn’t expect to find the cormorant I saw back in March still in residence, but it appears to have made its home here. 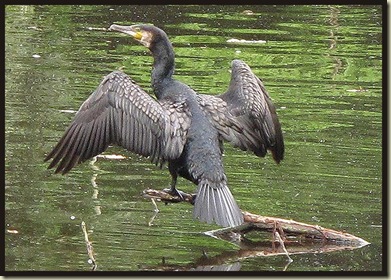 I just read the narrative, and saw the photos of your latest walk in Lymm, and I rush to write-

As you Brits are so fond of saying- "Brilliant!"

How wonderful of you to make the effort for me, and the others who will enjoy your work.

It's marvelous to think that my Great-Grandparents Henry and Frances Keating, and their children and other family members, saw some of these same places, so long ago.

The views of St. Peter's, across the field, are marvelous. And the vista of Manchester and the Pennine Moors in the distance is just fantastic !

I think, that it's entirely possible that the 'cormorant' was so pleased with your last write-up and photo of him/her, that it waited for your return !

Add to these views of the graveyard, St. Mary's Church, the canal, and the pub, and you've created another terific narrative, and set of walk pictures.

Thanks Gary, though I have to say I think this is a rather mundane posting with very ordinary snapshots!
Anyway, we are also corresponding by email, and the mission continues. I'm enjoying it...

Hi my name is ken chambers. We are building a lymm.com web site. I thought your photos were great. We are doing a feature on St Peters please may we use your "brilliant" photos.

ken@lymm.com for e-mail permission. Thanks