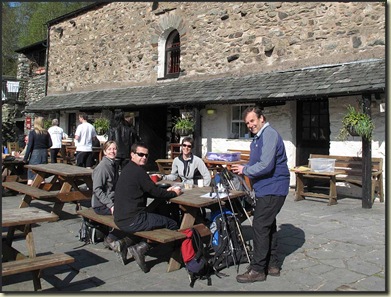 Here we are, 'The Famous Five', enjoying tea and coffee outside New Dungeon Ghyll Hotel in the Langdale Valley on Sunday morning.

We took a short break from relaxing in the sun to enjoy a walk up the path behind the 'New' hotel to the 'Old' Dungeon Ghyll establishment, from where today's target of our bimble, Crinkle Crags, were beckoning us on, steaming in the hot sunshine under a clear blue sky, with wheatears meticulously tracking our leisurely progress. 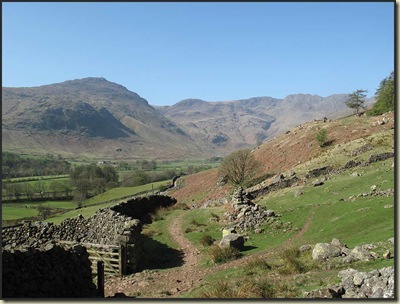 Crossing Oxendale Beck, there was a lovely view back down the valley, with Side Pike prominent. 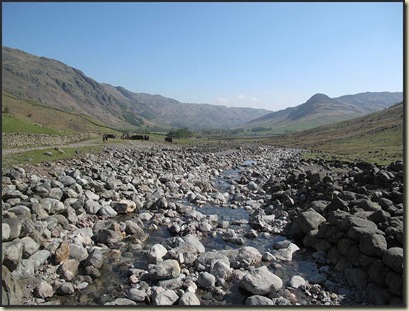 After a few minutes we realised it was well beyond our normal time for elevenses, so we enjoyed a lengthy break at Brown Howe together with some well equipped 'Duke of Edinburgh' students, who soon flew past us. 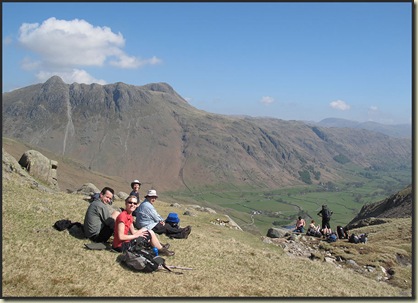 Lunch was taken a little while later, above a whirring helicopter, near the first 'Crinkle', beyond which the Bad Step loomed. 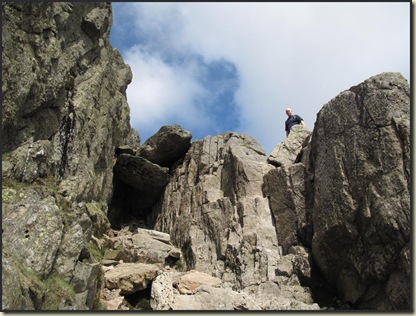 It proved easy to climb or turn. 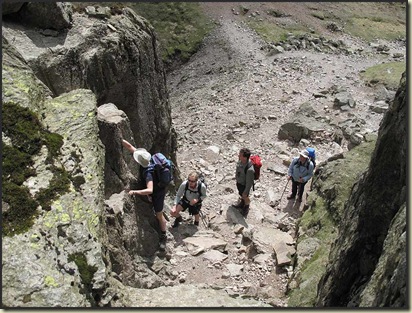 A tarn on the crest of the ridge gave good photo opportunities on this still day. 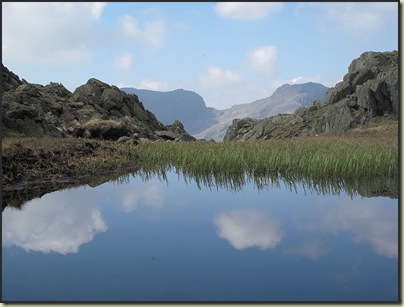 Sue was happy to pose on the final Crinkle, with the Langdale Valley far below. 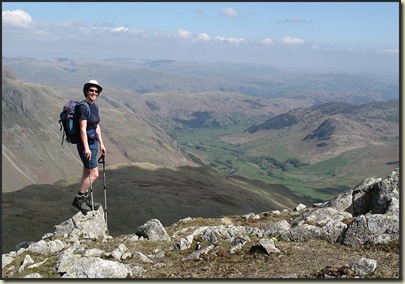 It was too nice a day to descend from Three Tarns, so we nipped up Bowfell to enjoy another long break. 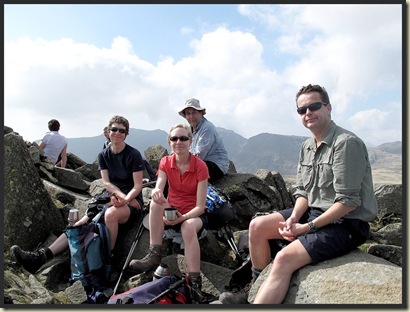 Andrew then got hungry and stormed off down The Band.

The rest of us were happy to linger in the hills and avoid the traffic, so we bimbled on down to Ore Gap, with Scafell and Scafell Pikes providing a fine backdrop before the descent to Angle Tarn. 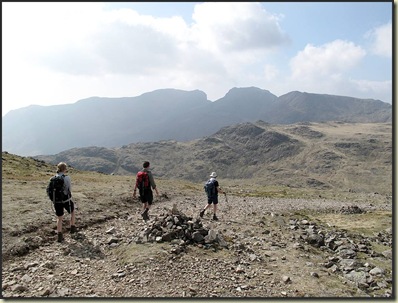 Then after a short rise we set about the final 'down' of the day near Rossett Gill. 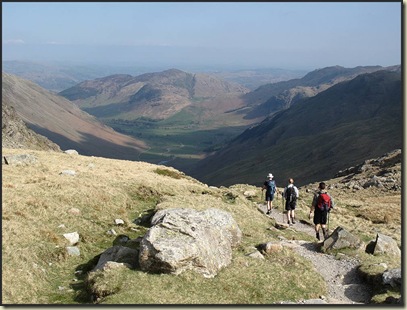 The path was completely re-routed and rebuilt a few years ago and the old eroded route up the Gill is no longer used.  It seems the new path now needs upgrading.  Strange signs to be placed on a remote footpath, though!? 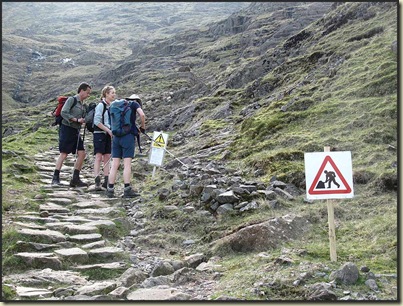 Once in Mickleden it was an easy stroll back to New Dungeon Ghyll for a beer, and whilst we were at it we enjoyed a very good evening meal before returning home down a traffic free motorway. 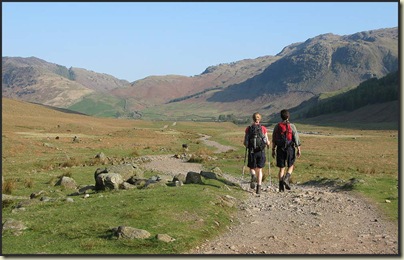 All in all a very satisfying day out in lovely spring weather and great company. 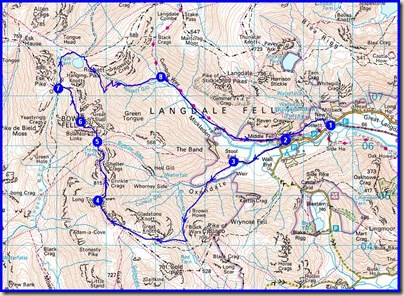 One of the great Lake District rounds you did there. Nice day for it.

It was a nice day, Martin, and a classic 'bimble'. The 'round' starts at Elterwater and goes over Lingmoor Fell, Side Pike, Pike of Blisco and Great Knott before reaching Crinkle Crags and Bowfell. Then it takes in Rossett Pike, and all the Langdale Pikes summits before dropping over Silver Howe and back to Elterwater.
An excellent day out...(and an equally good two day backpack).

Yes, Mark, hard to beat (though we will keep trying!)

I was just browing the web for a nice Langdales walk and this looks superb!
And what lovely weather you had, too.

Yes Helen, it's a delightful round that can be adjusted in various ways. Take care on the Bad Step - there's a knack to it. Have a great day.
Martin