Despite the lovely evening, Sue and I didn't think we'd have any company today as this walk was only planned a few days ago.  But on reaching The Ship at 7.15 pm we found Andrew in his traditional pose on such occasions: relaxing with a glass of ale... 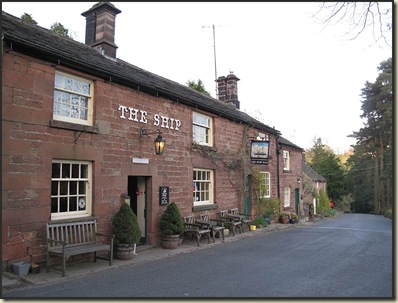 After further refreshment we were about to set off when Sheila, Adie and Ros appeared.  Now we were six, and a jolly evening ensued.

Our first objective was Hanging Stone.  I wrote about its plaques some time ago, here. 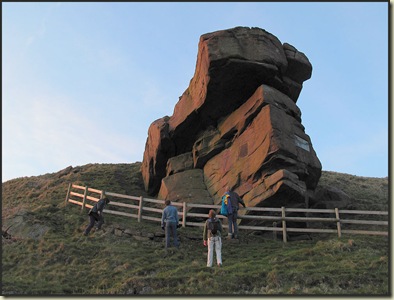 Sue dashed to the top for a view of the setting sun. 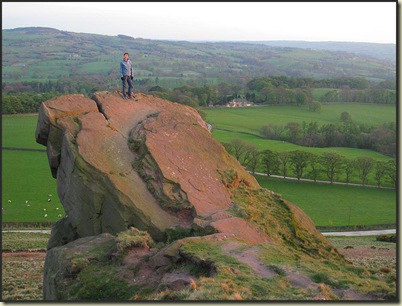 Others soon joined her. 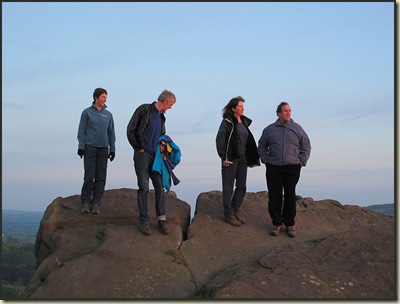 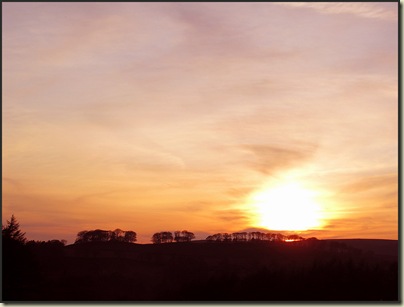 Meanwhile Shutlingsloe, 'Matterhorn of the Cheshire', showed why it is so nicknamed. 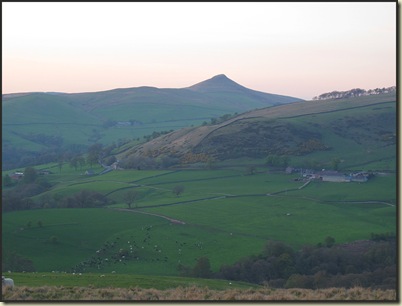 Our merry band proceeded in deepening gloom to the dark fissure of Lud's Church, before dropping down to the Dane Valley for the dark walk back to The Ship.

It was soon evident that the woods are home to lots of owls that remain silent during our normal daytime visits to these parts.  Sheila once named these nocturnal excursions 'pitch black' walks.  Torches have rarely been needed in recent months as the winter dates are set to coincide with a fullish moon.  But tonight there was no moon and we were away from any suburban light pollution.  So it was indeed 'pitch black'.

It was enjoyable, being dry underfoot, and progress was aided at times by a couple of torches. 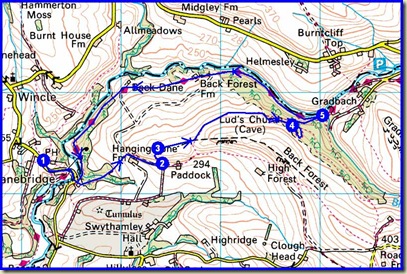