Sunday 8 August 2010 – A Bimble around Tideswell 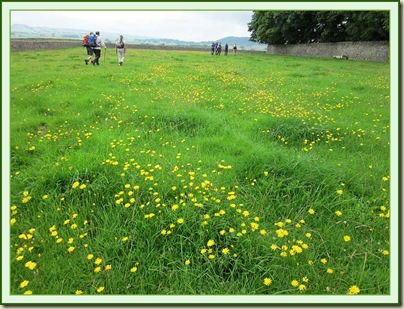 Sue W organised this bimble (thank you, Sue), and nine of us turned up reasonably on time at the car park just south of Tideswell.

Sue and Phil eventually arrived, church bells being utilised as today’s excuse.  No matter, Sue and I had enjoyed a coffee at the Vanilla Kitchen (for sale, a fine establishment) in Tideswell, and Andrew had held court during the ‘wait’, from the boot of his car.

The path down Miller’s Dale to Cressbrook was lush and dry, with coots and a heron busy on the river; then we rose steadily up Ravensdale before pausing for elevenses with a fine view of Tansley Dale. 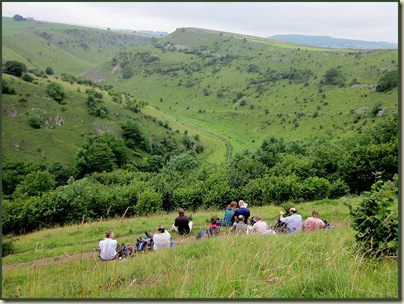 Chatting as we tottered along, the time flew by.  Before we knew it we had for some reason passed the Bull’s Head and were lunching beside the duck pond that graces Foolow’s village green.  The Aylesbury ducks weren’t interested in our sandwiches, preferring to dunk themselves in the oily green water.  The ducks were two tone – white above, fluorescent green below! 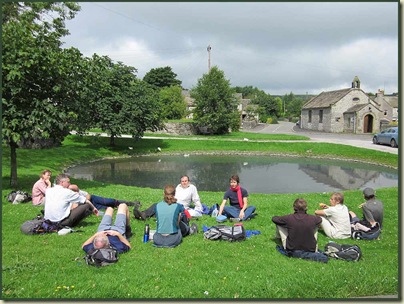 It was a short walk, so the Bull’s Head did receive some business before we staggered off to Peter’s Stone.  It’s a scramble up to the summit, so some staggerers became more like crawlers. 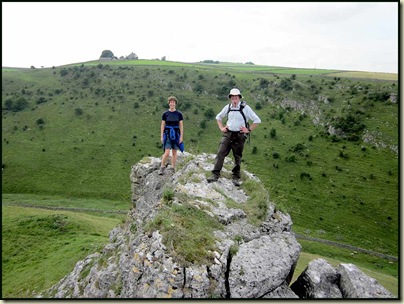 I was trying out a new camera (a basic Canon Ixus) that I’ve got for wet weather, mountain biking and ‘shirt pocket’ use.  Today’s images were taken with that camera.  It’s not a patch on the G10, but does seem fit for its intended purpose.  Practice shots included the Harebells and the Six-spot Burnet moth included below. 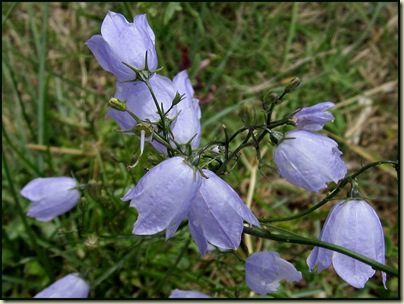 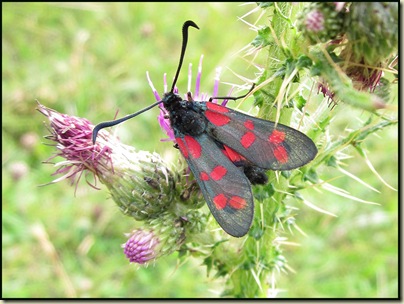 We strolled slowly on, through Tansley Dale, Litton Dale and Tideswell Dale, before a lovely avenue of trees led us back into the car park at around 4pm. 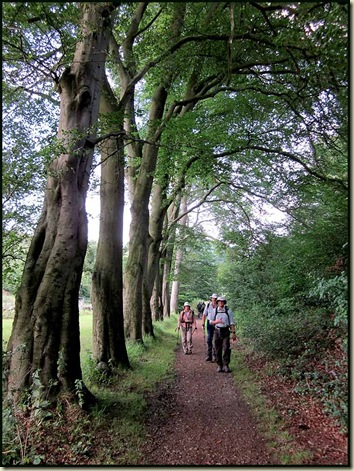 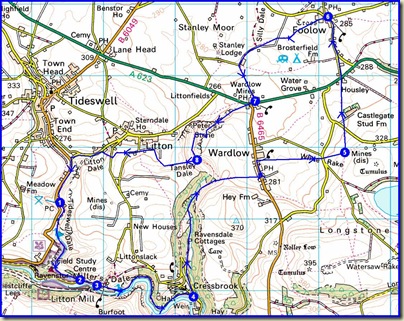 A full slide show is here (23 images).  The title caption is ‘waiting for Sue and Phil’.

Nothing wrong with the camera Martin, some lovely shots there.
I particularly like the ones of the Scabious and the harebells.

Another report on the walk, quite completely different to mine...is
here

Martin, could i copy your route map for a post pending?

No problem, Alan, use either the blog image or the larger one from the Picasa album - that has the information box - timing based on Naismith's formula.