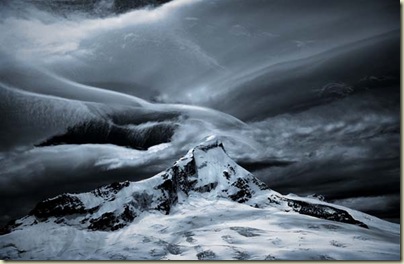 Last night we enjoyed a visit to the Bytowne cinema to see a few films from the Banff Mountain Festival.  They are on a ‘World Tour’:

“The Banff Mountain Festival World Tour brings Banff to audiences around the globe. Immediately after the Festival ends in November, a selection of the best films go on tour across Canada, the United States, and internationally from Scotland to South Africa to China, Japan, New Zealand, Antarctica, and points in between. Each year, the films travel to 30 countries reaching more than 210,000 people at over 550 screenings.”  They may be coming near you!

We habitually enjoy a visit to the Ottawa leg of this ‘World Tour’, and last night’s offering was one of the best.

Part 1:
Kranked Kids – a spoof mountain biking movie featuring the children of the stars of the ‘Kranked’ movies
Chimaera – a short film capturing spectacular winter sports moments
Rush Hour Dream – short film about an office worker goes to work and falls asleep in the carriage. In his dream he wakes up on a mountain side and discovers that he is carrying a paraglider in his laptop bag
Crossing the Ditch – a wonderful feature film about two young lads who kayaked, unsupported, across the Tasman Sea from Australia to New Zealand (look out for this one)

Part 2:
The Longest Way - an entertaining time-lapse of a one-year-walk from Beijing to Urumqi
Dream Result – extreme kayaking, at its most extreme
Still Motion -still images from motion-triggered wildlife cameras create an intricately sequenced movie-like production of Alberta’s amazing wildlife
The Swiss Machine - Ueli Steck may be the greatest speed alpinist the world has ever seen. In this film, Ueli tells of his record-breaking ascents in the Alps, accompanied by stunning aerial footage that captures him racing up 8,000 foot alpine faces. When he joins Alex Honnold in Yosemite, Ueli sets his ultimate goal: to take his one-man alpine speed game to the largest, highest walls in the world.
Life Cycles – a short but engaging film about the life cycle of a bicycle
Parking Garage: Beyond the Limit - a short spoof of the Discovery Channel Show, Everest: Beyond the Limit.

All in all, a very pleasurable way to spend an evening.

I saw the Uli Steck film in Sheffield last November (and blogged about it). There are some great clips from it on youtube. Fabulous stuff.

Down in the lower floor of Banff library are some stacks with bound copies of early Yorkshire Ramblers Club journals. One of them has the original YRC survey of Gaping Gill Main Chamber, which I never seen anywhere else. Also fabulous stuff.

Having written that, I've just realised you're on the other side of the country. Doh!

Tony
The good thing about these films was that most were short. There's only so much of 'extreme sport' that many of us can take at one time. The Steck film was one of those - quite gripping though, as he scrambled up the north face of the Eiger in under three hours.

'Crossing the Ditch' was feature length, and worth it - an excellent film.

Correct, we are the wrong side of Canada as that's where our friends live. It's also a world leading venue for x-c skiing. However, it's a long held ambition of ours to go to the Canadian Rockies, including Banff, on a summer long trip.

For the films, it's probably easier and cheaper to visit the Kendal Mountain Festival, just a week or two later than Banff, where the same leading films are generally on show...