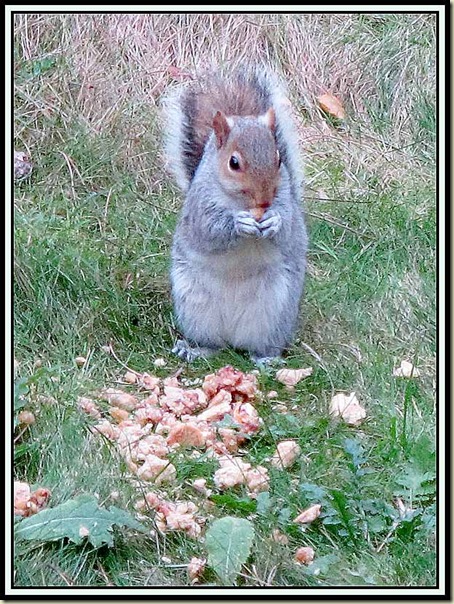 Thanks go to Robert and Lyn for again providing us with a day pass to Center Parcs at Sherwood Forest.

Luckily for me, the dreaded badminton (I can’t hit the ‘ball’) took place on Saturday, so I wasn’t humiliated as seriously as usual.  Short tennis, table tennis and pool are all just about within my ability to occasionally hit the relevant balls. 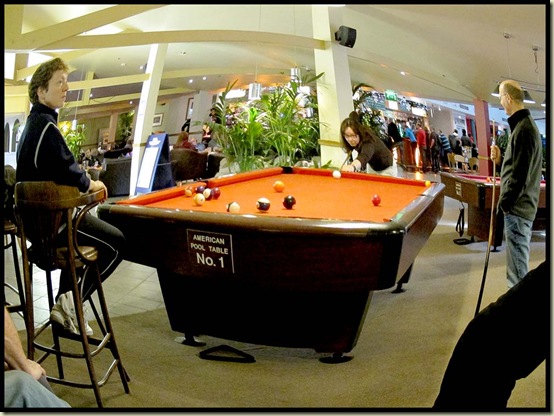 Louise and Chris disappeared for a couple of hours for a spot of watercolour painting, the result of which were never revealed - “it’ll take a week for mine to dry” they announced in unison, whilst the rest of us battled with some partially cooked potatoes before adjourning to the rapids.

Sue took an early sauna back at the luxury chalet, together with Louise and Chris, leaving Jim, Peg, Roger and Stuart stranded with Robert and Lyn and me in a waterlogged tennis court on a cool, rainy evening.  Stuart was particularly adept at hitting balls across the billowy net into puddles, where the resulting skid and splash defeated all his opponents. 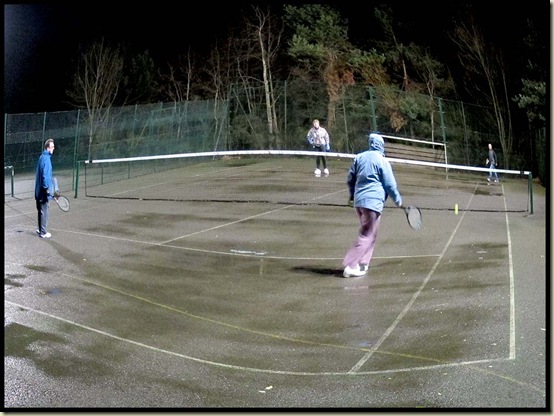 Meanwhile, a grey squirrel spent most of the day by the back door of the chalet, licking the honey off some stale cereal that had been dumped outside by one of our inmates.

The tennis (great fun, actually) eventually ended with the onset of a firework display the has become a traditional feature of the weekend.

Dinner was delayed due to a rather long sauna session, and was followed by a traditional slideshow – on this occasion images of Turkey – to be captioned in due course – this version is designed to be shown with Sue’s commentary.

Thanks, Robert and Lyn, for having us along again, and especially for arranging the badminton to take place before our arrival.

Just for those attending – here are a few more very poor snapshots.

Previous visits have been reported on here.