Friday 4 May 2012 – An Evening in Deepest Cheshire 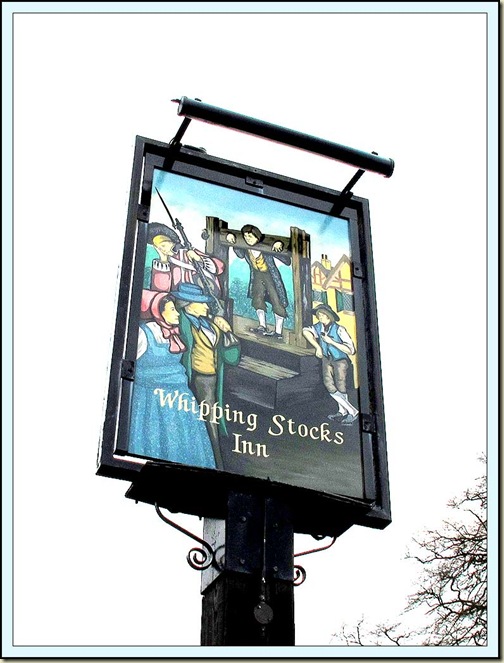 The first of Andrew’s ‘Deepest Cheshire’ evening walks of the year took place on a fine if overcast evening, starting with a taste of ale at the Whipping Stocks Inn.

Mary, who is usually found on Tyneside, joined us for the evening, and we set of at a gentle stroll along a pleasant path through Ambrose Acre, heading towards the country pile that is Peover Hall. 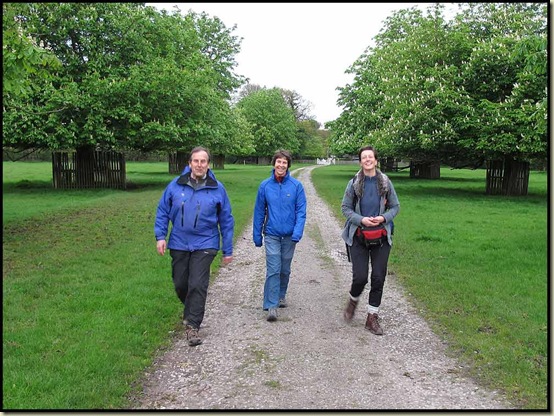 Round the corner from the hall is St Lawrence’s Church. The original church was built in the reign of Edward III (1327-1377). The present tower was built of brick in 1739, and the nave and chancel were rebuilt in brick in 1811. 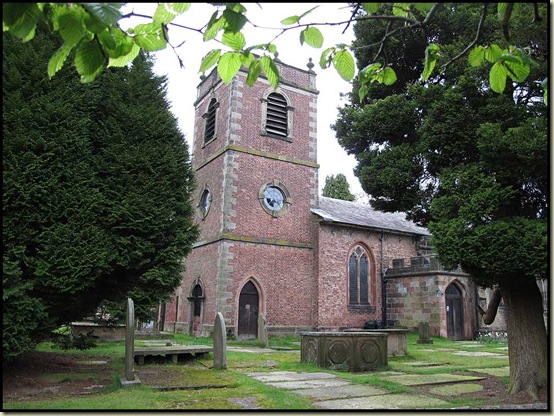 The words on this gravestone will be familiar to connoisseurs of such places. 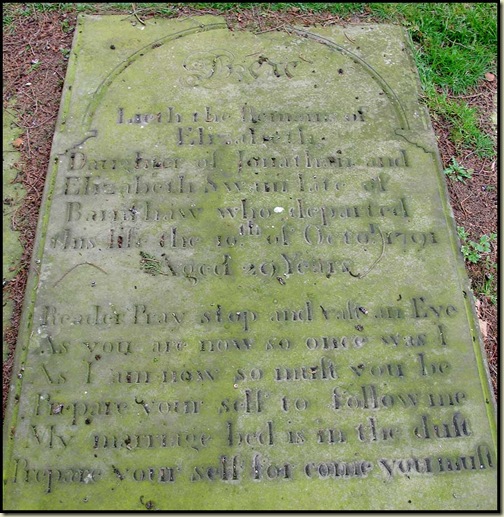 Here’s the hall, a private house with one car outside… 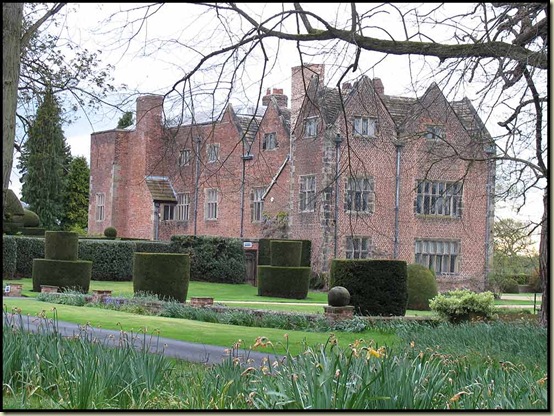 The stables date from 1654 according to this lintel. 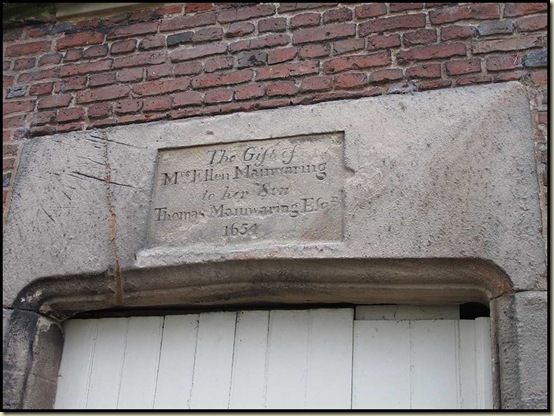 It’s a large building – the lintel is just above Mary’s head. 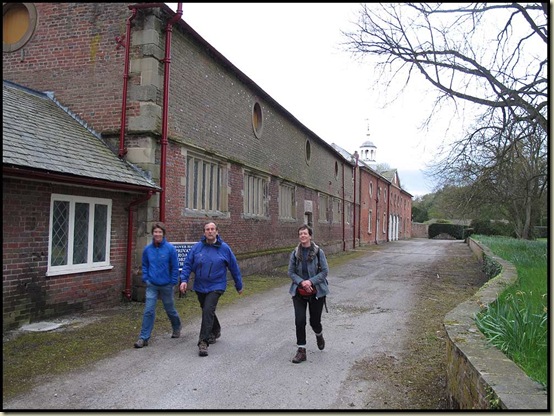 Further on, past an abandoned golf course that has been allowed to return to grazing land, Colshaw Hall’s entrance sports a nicely varnished sculpture produced from the stump of a felled tree. 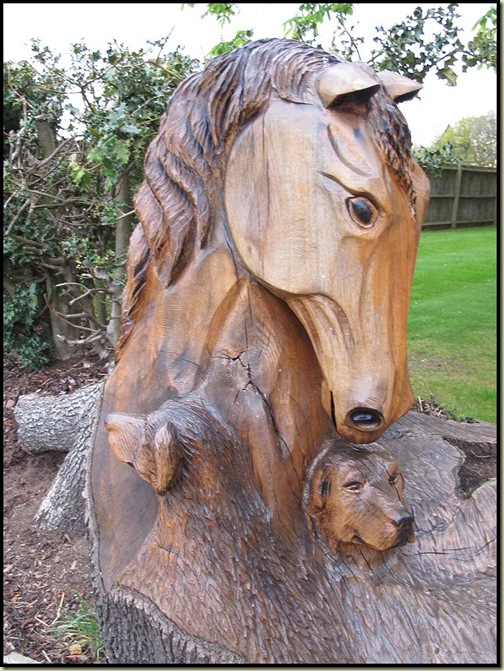 The area is littered with expensively refurbished /rebuilt farmhouses, and we passed four vast swathes of lawn each sporting the double posts that Andrew recognised as being the goalposts of polo pitches.

Here’s just one of those pitches. 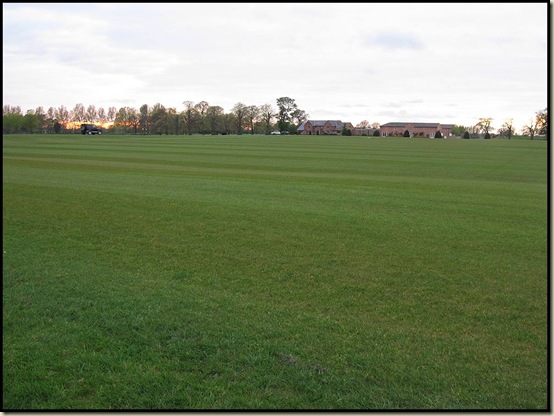 “How the other half live…” we chorused.

Beyond the opulent displays of obscene wealth, farmers were still working in the fields as dusk came and went, and we returned to the pub past another huge building that used to be a private house, Radbroke Hall, now home to some of Barclays Bank’s offices.

Here’s the route of our 9km amble through pleasant Cheshire countryside.  A pleasant and genial two hour stroll tonight.  Thanks go to Andrew for planning the route. 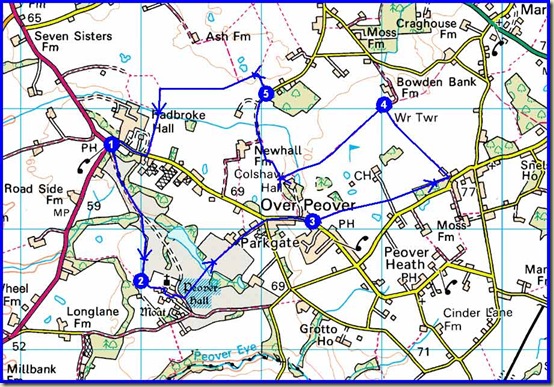