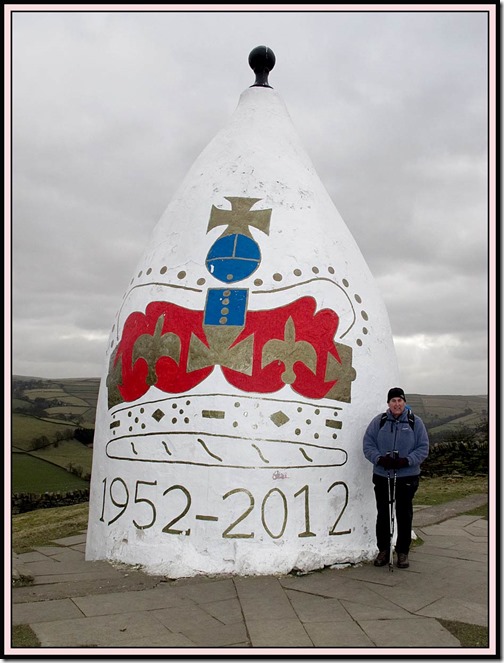 A bit of grit and part of a Cheshire Ring, were today’s diet.

Andrew and I started in Bollington, on the western edge of the Peak District, where under a grey sky and with a cold following wind, we hauled ourselves up steep slopes to White Nancy, the folly that’s prominent at the northern end of Kerridge Hill, overlooking the town.  It was built in 1817 to commemorate victory at Waterloo, but it currently celebrates the Queen’s diamond jubilee (see above), and the London Olympics on the reverse. 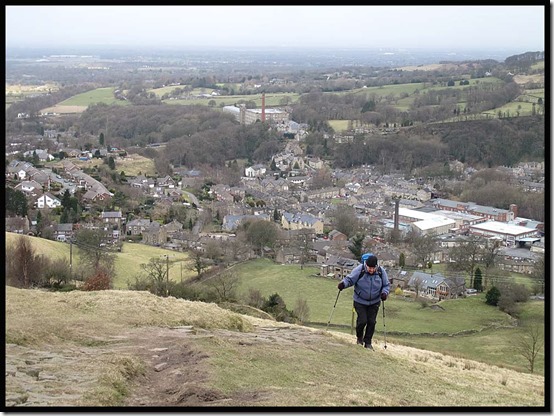 We were heading along the Gritstone Trail on this ‘easy to navigate’ stroll, but we missed the signs and found ourselves unexpectedly at the 313 metre pinnacle of Kerridge Hill.  From here there's a good view down to Rainow, with Shining Tor in the distance.  This photo cleverly utilises a trig point to block out the hovels of Rainow*, and places Shining Tor directly above said protuberance. 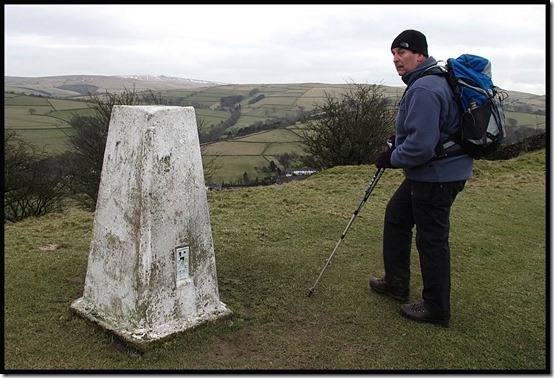 After regaining the Gritstone Trail, we again failed to observe the signposts and found an alternative route  past Hordern Farm.  Then, as we rose to nearly 400 metres we encountered lingering snow, which certainly wasn't in a mood to melt in today's icy northerly breeze.  It must have fallen some time ago, but despite the lovely weather we’ve had for the last couple of weeks, low temperatures have encouraged the white stuff to hold tight in shady spots.

Our path led us down to Tegg’s Nose visitor centre, where we sat inside and enjoyed a cuppa and the last of my cake supplies before heading over the quarried (millstone grit) remains of Tegg's Nose and down to the fleshpots of Langley.

Shutlingsloe was unmistakable through the gloom, beyond Ridgegate Reservoir. 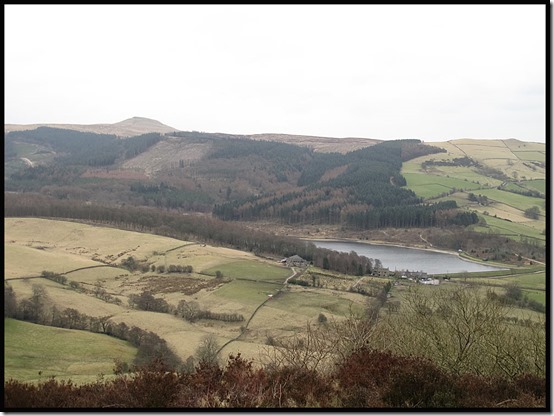 A couple of Goosanders were busy in Teggsnose Reservoir. 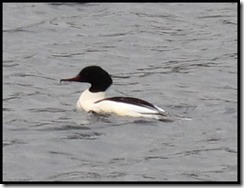 Saint Dunstans Inn, in Langley, is one of those rare establishments that welcomes you in to eat your own butties. 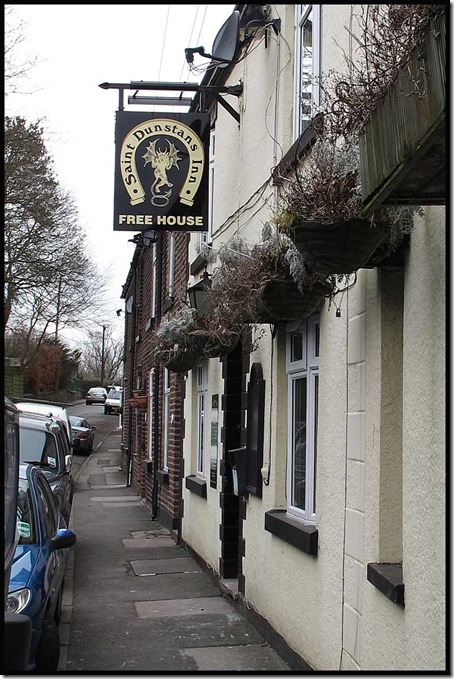 Sadly, on a Friday in March, you have to arrive after 5pm to do this!

A convenient bench, opposite the marina in Macclesfield, offered a good luncheon spot, in the company of a lone and mildly hungry Mallard.

This section of canal has some pleasingly designed bridges. 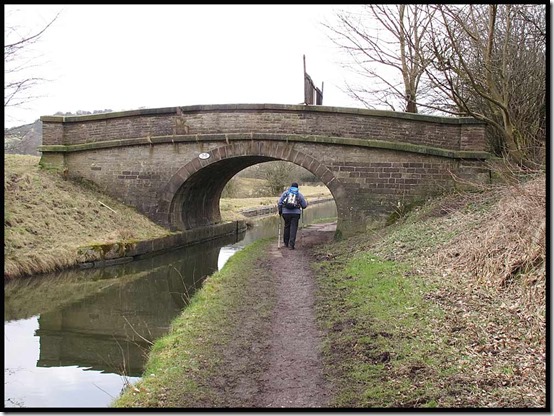 There are boatyards, marinas, mills, etc, as well as stretches of farmland adjacent to the towpath on the easy walk from Macclesfield to Bollington.

Before we knew it we had reached our destination - before 3 o'clock.

This was a short but pleasant amble of some 18 km (11 miles) with 500 metres ascent, taking around 5 hours.  The route is shown below, and there’s a short slideshow here. 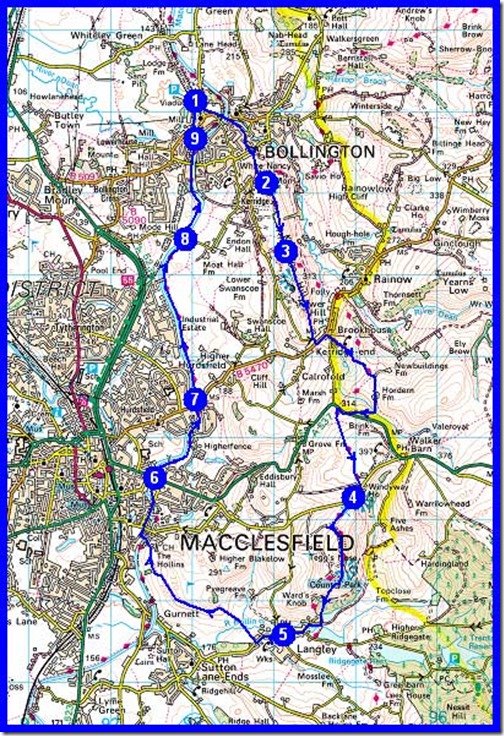 One of my favourite areas, always worth a wander round!
http://howellseycomewalkwithme.blogspot.co.uk/2013/01/white-nancy-rainow-and-gritstone-trail.html