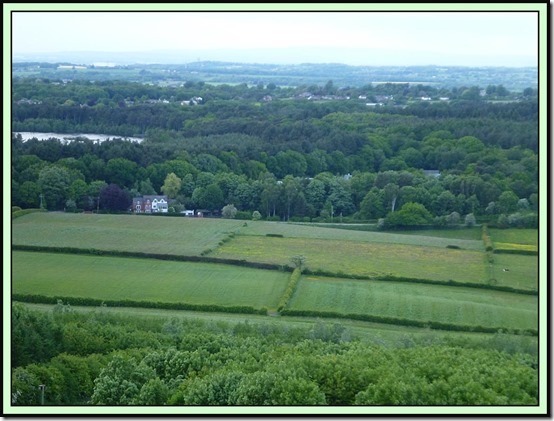 This evening walk was a similar route to that taken with Richard and Jenny on 7 September 2008, when I wrote about it in a little more detail, here.

This time we started from the Visitor Centre near Delamere Station, with Andrew, Bridget and Mary, and soon found ourselves admiring the views from the ramparts of Eddisbury Hill.  The header picture shows the immediate surroundings – looking down to Delamere and Blakemere Moss, but the wider view spanned the Cheshire plain, with the Peak District on the horizon and Jodrell Bank telescope just visible in the middle distance.

Here we are, after rounding Eddisbury Hill and joining the route of the Roman Road that used to link Manchester with Chester, the Watling Street.. 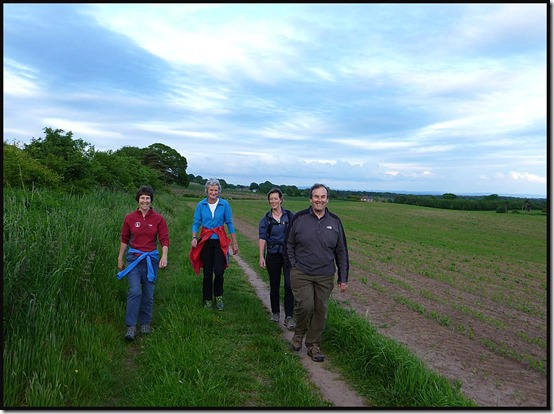 Modern farmland has obliterated most signs of the ancient heritage of this area, but Eddisbury Hillfort is the largest and most complex Iron Age site in Cheshire, and there are well concealed remains of the later Roman presence.

The path eventually reached a junction where we turned right, and we were soon greeted by this unmistakeable evidence of the Sandstone Trail. 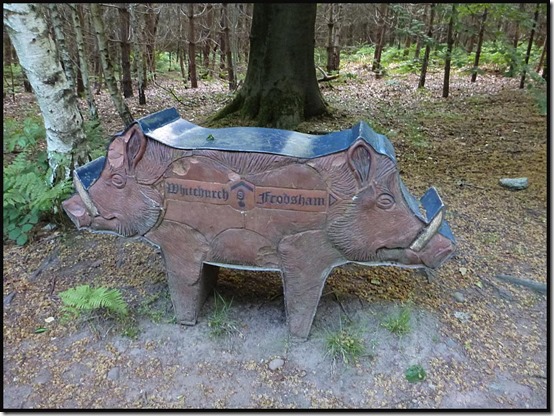 After a couple of easy miles through pleasant woodland, I decided the assembled company might prefer not to go all the way to Frodsham on this occasion, so we turned back towards Delamere, passing Blakemere Moss just as hundreds of Black-headed Gulls were coming in from all directions to roost for the night. 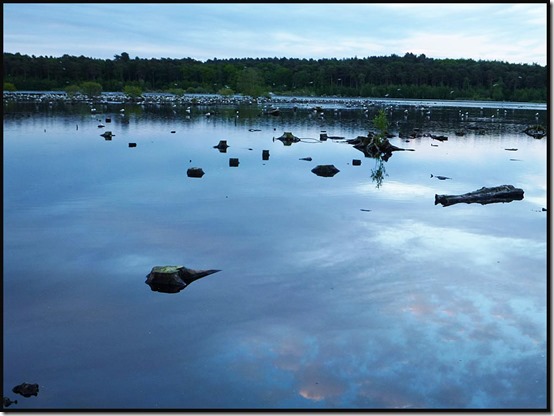 This was an excellent breath of fresh air on a pleasantly warm evening, and very sociable to boot.

Here’s what my Garmin Gadget thought of the route, should anyone wish to follow in our footsteps: