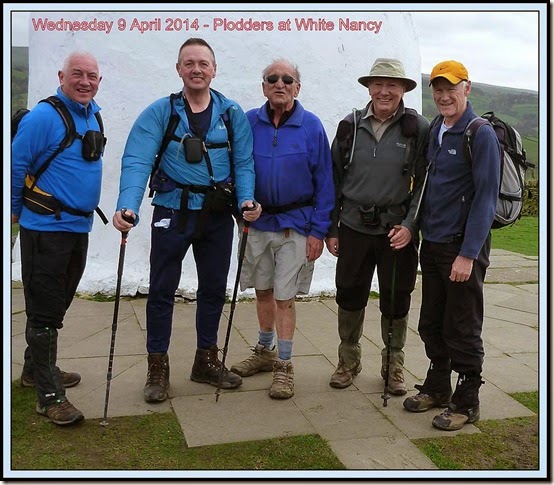 Some troops landed late. Military activities in Hale Barns and Wilmslow were blamed. Others landed early, but in the wrong place. The Vale Inn’s car park had appealed to them more than the nearby Middlewood Way car park and its attendant facilities and information board. 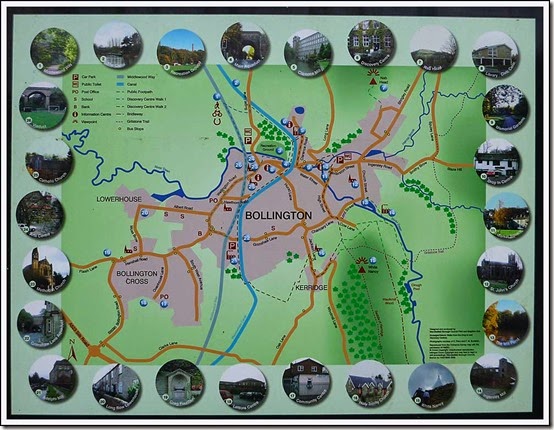 So in true ‘JJ LDWA’ fashion we set off on this little stroll at about 10.50am, proceeding across a park where the mowers and rollers were optimistically preparing for the cricket season, and far underneath an impressive aqueduct carrying the Macclesfield Canal. 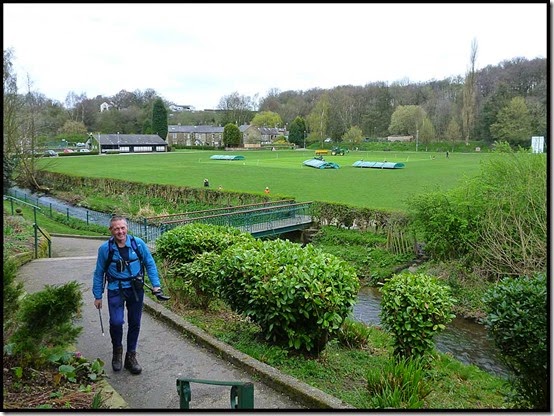 Then began the relentless ascent up to White Nancy, the folly built around 1817 to commemorate victory at Waterloo, nowadays sometimes utilised to commemorate things like Jubilees and the Olympics. It was a blank white today as having slithered impressively up the hill, we posed in front of a reluctant passer-by for a team photo (see above). 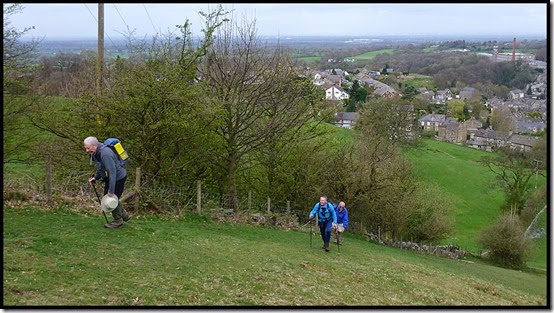 Two Johns, an Alan, another Allan and a Martin made up today’s select gathering.

I’d been on a more or less identical walk with Andrew on 1 March 2013 so I’ll not say much about the route, other than it was easy to follow and there’s a map below.

Recently arrived Chiffchaffs, heard but not easily seen, serenaded us as we rose to the folly, and they accompanied us for most of the day. After visiting the 313 metre summit of Kerridge Hill and descending down to and back out of the outskirts of Rainow, a halt was called on the Gritstone Trail path near Hordern Farm. A little late for elevenses, but it’s never too late for cake with this lot. 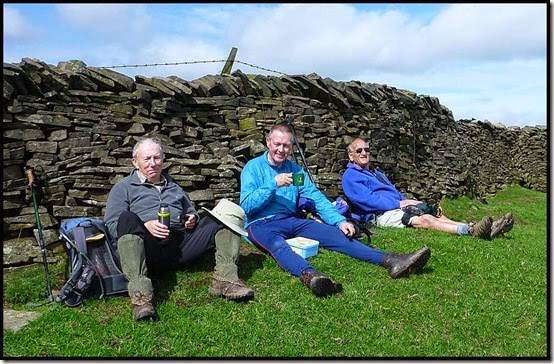 There was a fine view towards Shining Tor. 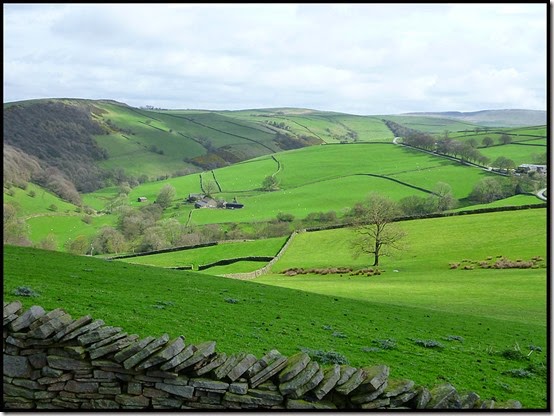 Refreshed from our long break, we continued on to the fleshpots of Tegg’s Nose and another long break in the shelter of the old quarry workings, where Allan instructed Alan on some engineering niceties. 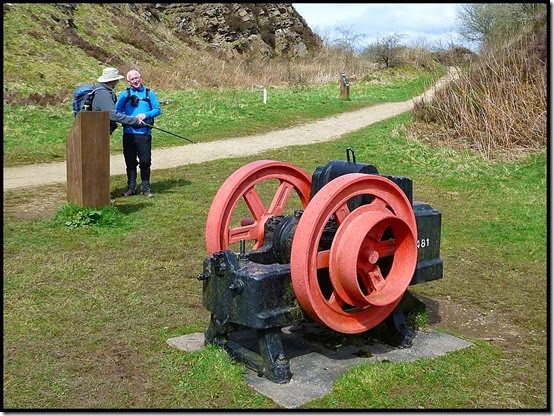 After the tutorial, Alan took his position and attempted to rearrange the display. 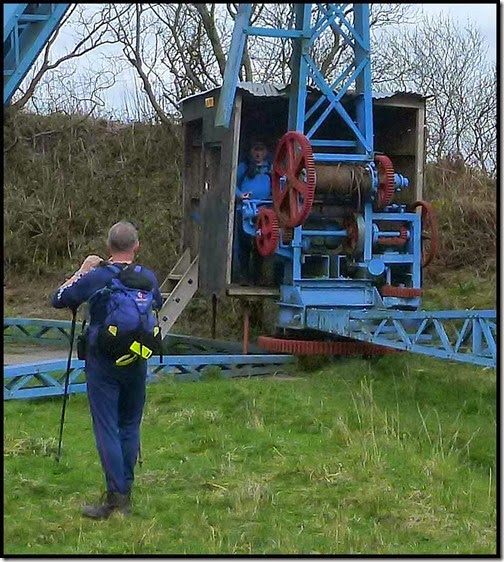 Whilst it was a nice day, there was a cool breeze on the exposed heights of this walk, so the enclosed nature of our lunch spot was ideal. Children played enthusiastically on the old cranes whilst we enjoyed fine views towards Macclesfield Forest and Shutlingsloe, and down to the Langley Reservoirs. 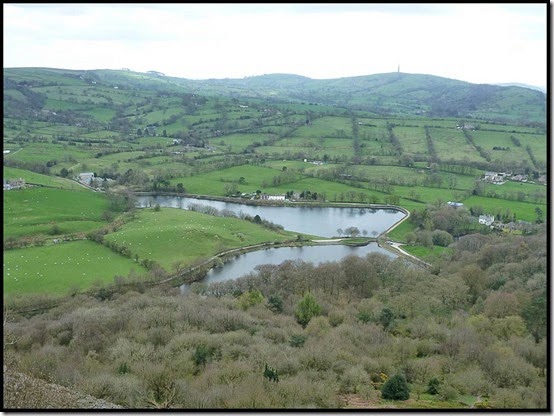 We wandered off, meeting one of Rick’s daughters as we approached the steep path down to Langley, where Mallards and Tufted ducks seemed to have taken possession of the overflowing reservoir. 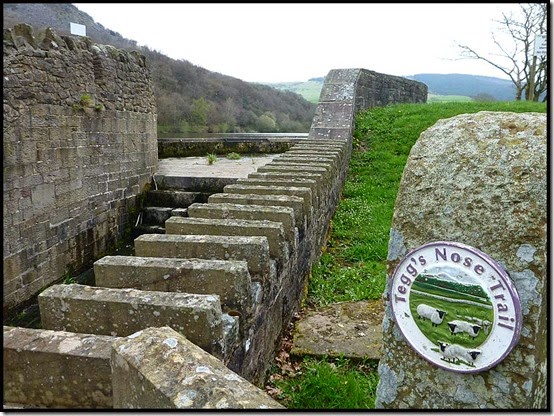 Saint Dunstans Inn was closed as it usually is on mid-week afternoons. Across the road the sad remains of a 142 year old mill works contrasted with a nearby impressive pile. See below for another picture of Langley Mill. 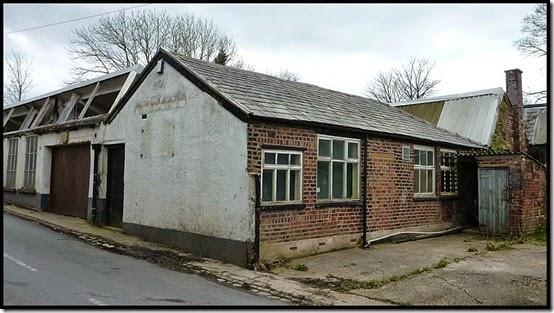 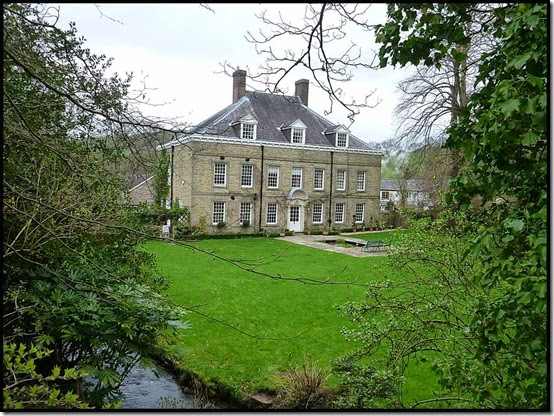 We walked past the latter, on our way beside various spring flowers* such as this gorse. 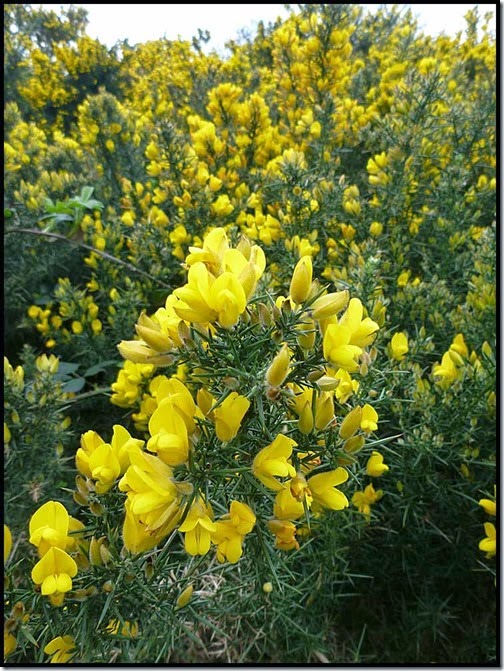 A very muddy track that traversed high above Macclesfield, before the surface relented and an excellent path drew us gently past a classic Ford Capri to the Macclesfield Canal and the easy climax to the day’s stroll. 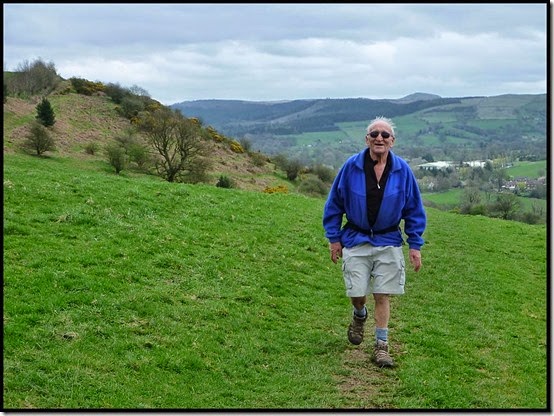 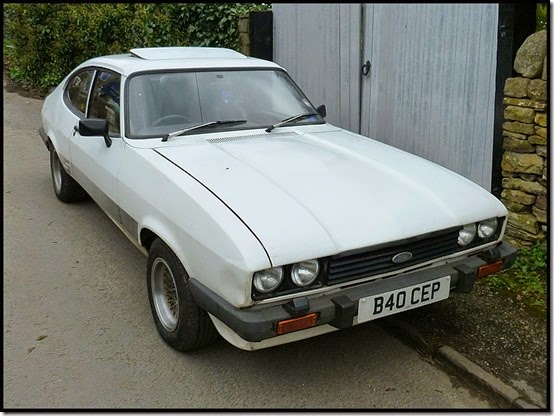 Sadly my planned ‘afternoon tea bench’ was occupied, so we had to make do with the grassy canalside for our final break for tea and the last pieces of cake. 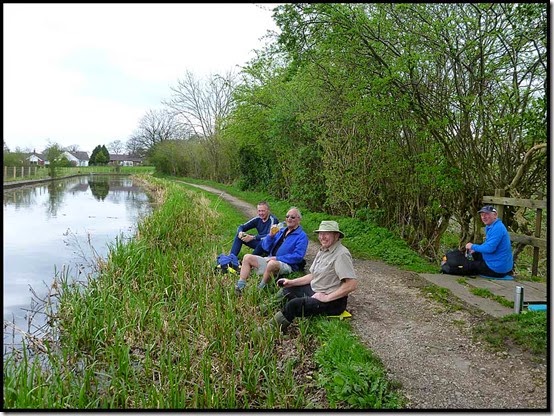 Near here a Mallard with just one surviving chick was being stalked by a plump heron. JJ did his best to distract the heron, but I fear the mallard will have to rely on a second brood. I don’t think mallards are on the endangered species list, but the chances of this youngster surviving seem remote. 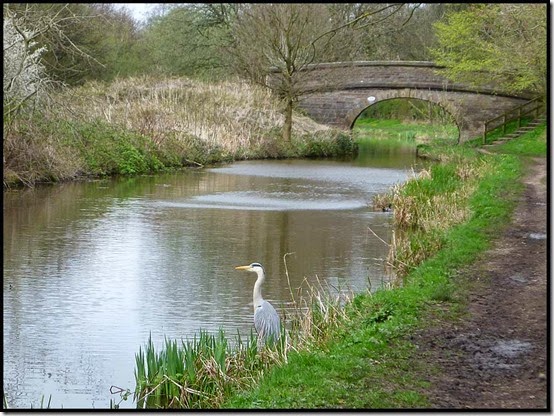 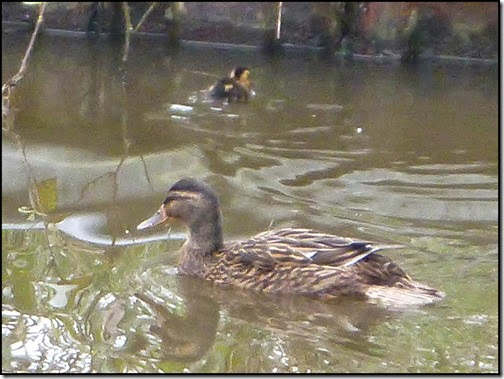 It’s an area of beautifully proportioned canal bridges, such as this one on the approach to Bollington. 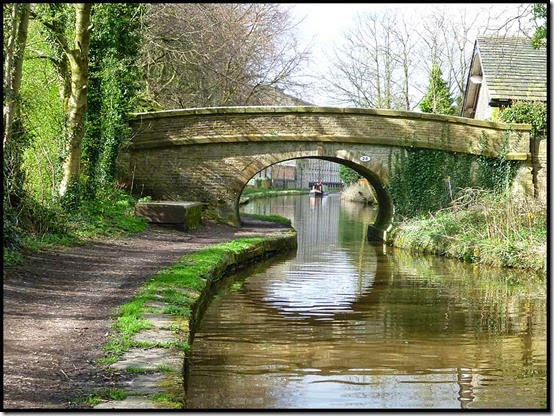 A steep descent took us back down to the recreation ground and car park by around 4.30pm.

A most enjoyable day out in fine company, was followed by a speedy and uneventful journey home. 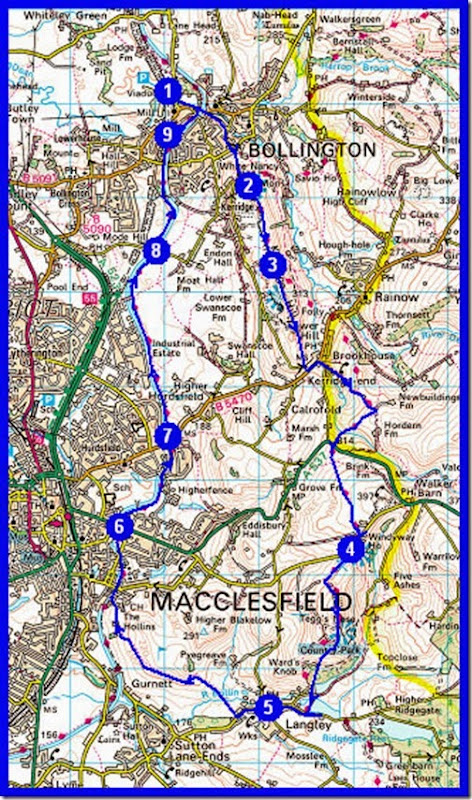 Since I posted this entry, Alan R has kindly sent me the following picture of Langley Mill, which dates from 1872, in Slightly Happier Days, though I’m sure its history extends to Much Happier Days. 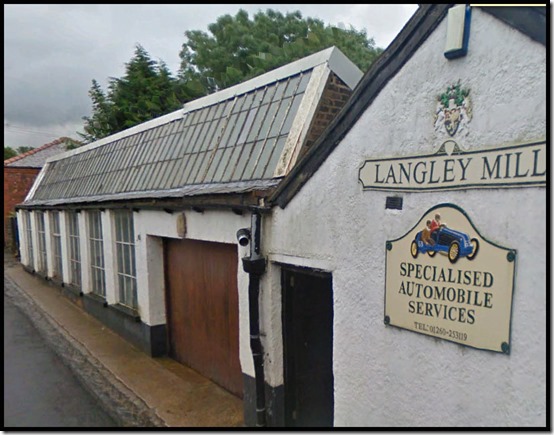 Alan R has also recorded the walk here, with a little additional information together with his usual sprinkling of humour. Well done, Alan.

Thanks for organising a grand day out Martin. Very enjoyable and loads of banter. The lift was much appreciated.