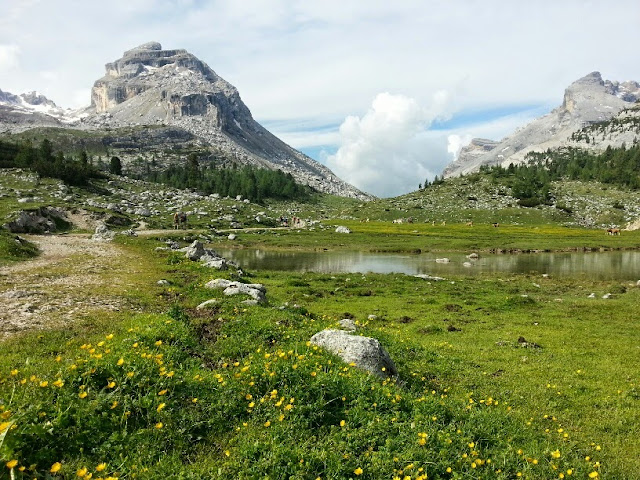 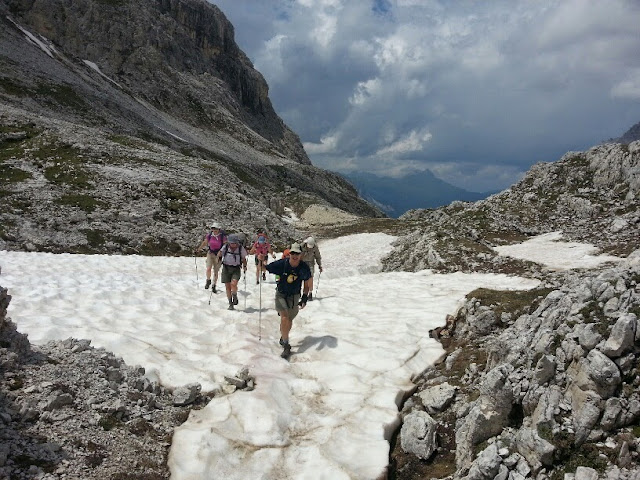 Last night's wrestle with the wifi in 'hotspot corner' distracted me from the 'start time' discussion. I wasn't expecting our American friends to go to bed at 8.30! My 7am breakfast plan had been thwarted by the desire for a long sleep. They must still be jetlagged. Not to worry, we were away by 8.15, in lovely weather.

Last night's remote spot was never likely to have phone reception. If it had, I'd have no doubt received a message saying that I had no data network connection despite the good signal. This Samsung phone seems too complicated for its own good and no amount of wrestling with settings seems to solve the problem.

The wifi at Lavarella was unstable to say the least. I kept receiving messages saying my blog posting had failed, but it was showing up on the website. I tried and failed miserably to respond to AlanR's message of sympathy. Thanks Alan. And thanks for commenting on one of yesterday's pictures, proving that the 'failed to send' message was a glitch. (And perhaps indicating that the network problem is resolved.)

Here there is no wifi, and a vague phone signal but no network available to me unless the problem resolves itself, so readers could have a long wait to hear about our excellent and energetic day on AV1.

We started by rising past Rifugio Fanes in the company of marmots and nutcrackers, to a low col, Passo di Limo. Then it was a lovely walk through meadows to a turning to a notable and memorable notch that gave one of our 2005 team a nickname. A German group of twelve who started at the same time as us yesterday, pointed out the 'path closed' signs. Apparently the steep route the other side of the col had suffered a landslip. So we continued on down to near the road head at Capanna Alpina, then up to the splendid Scotoni refuge, for drinks and excellent apfelstrudel. From there we forsook AV1 in favour of the quieter 18B and 20A route to Forcella Lagazuoi. Lunch was enjoyed with views to Corvara and Sassongher, of which more next week. We could also see numerous people wending their way along the supposedly closed path beyond the notch. Then we encountered many snowfields on the way to the Forcella, where a cold wind and short shower greeted us. We'd met a very friendly and quaintly dressed English couple on the quiet path.

The rain soon eased and we wended our way along various AV1 paths past a couple of cols and numerous signposts to the Lipella via ferrata. After missing path 404, we took the excellent 412 route through undulating woodland, to reach Rifugio Dibona at beer o'clock - which today was 4.30pm. The rifugio is at a roadhead high above Cortina, and is where in the past I've driven Braemar Simon with his paraglider, as well as descending rapidly from the summit of Lipella on one occasion after many hours of ascent on the via ferrata.

We are sharing the annex with a French group, but at least we have a room for just the six of us, and the food here is very good. As are the views. Today's pictures, if and when they transmit, are from the Campestrin valley and from path 20A on the approach to Forcella Lagazuoi, where many of the other folk walking AV1 are staying tonight.

Lots more flowers today, starring Least Primrose, but not many birds apart from the abovementioned and a flock of Choughs.

Here's a slideshow for the day (57 images)
Next Day
Back to Index
Posted by Phreerunner at 19:58

All seems to be working well Martin.