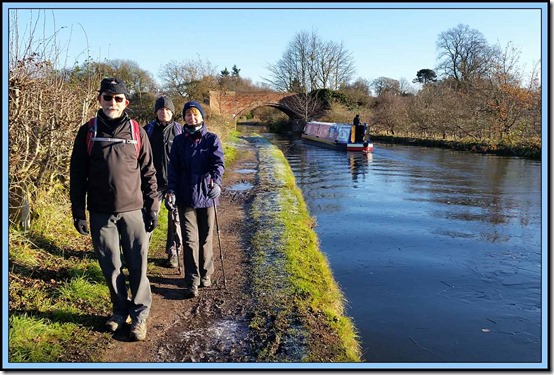 For what was billed as a repeat of the walk I did on 20 October, I was pleased to be joined by Rick, Paul and Jeanette on this occasion.

We enjoyed bright sunshine on the frosty morning – a perfect day for a stroll such as this, though if we’d had more time a visit to the Lakes or North Wales would have been brilliant today.

These first two pictures were taken near Dunham Town. 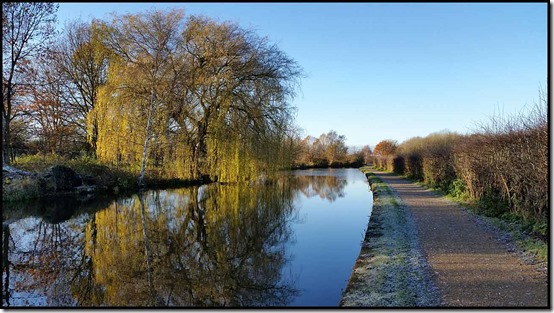 Dunham Massey house looked serene under the cobalt sky. There were very few folk around today. 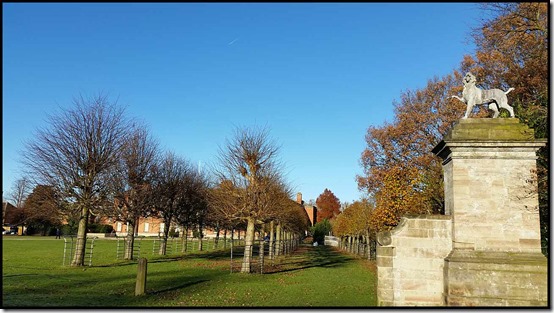 The driveway has changed since I passed through on 20 October. The leaves have now dropped. 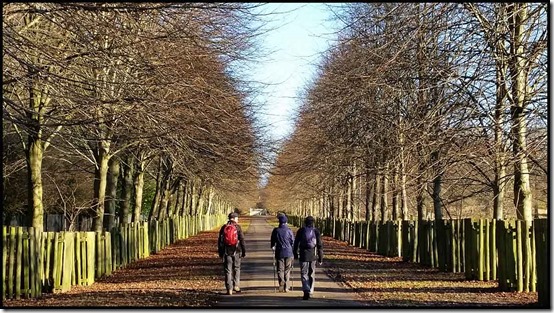 After coffee and cake at Lavender Barn Tea Room (note that the tea room will be closed from 11 to 27 December), we headed on along Rick’s preferred route back to Altrincham. It’s better than mine and took us past Devisdale Sunken Garden, a gem of a place that has recently been recovered from dereliction by volunteers. 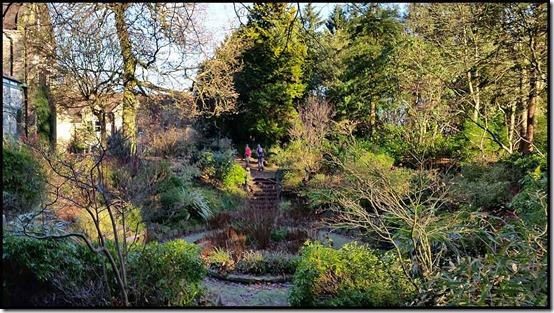 The garden is right next to Denzell House, a building housing offices. There’s more information on the gardens, etc, here. 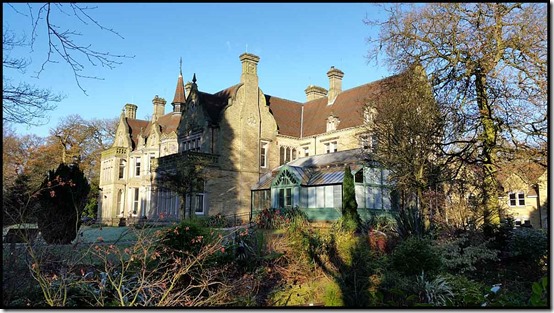 Apparently agricultural fairs were once held in Devisdale, which is now an area of grassland on the edge of Altrincham. 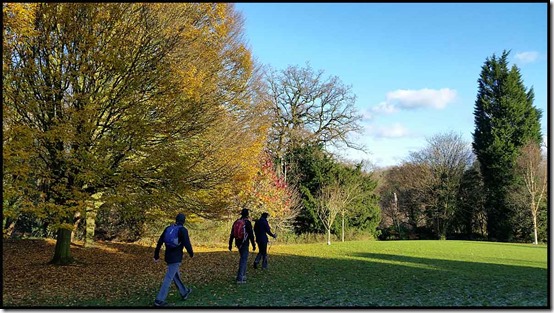 Jeanette directed us to a folly situated in dense woodland that has recently been cleared sufficiently for people to be able to approach the tall brick column. 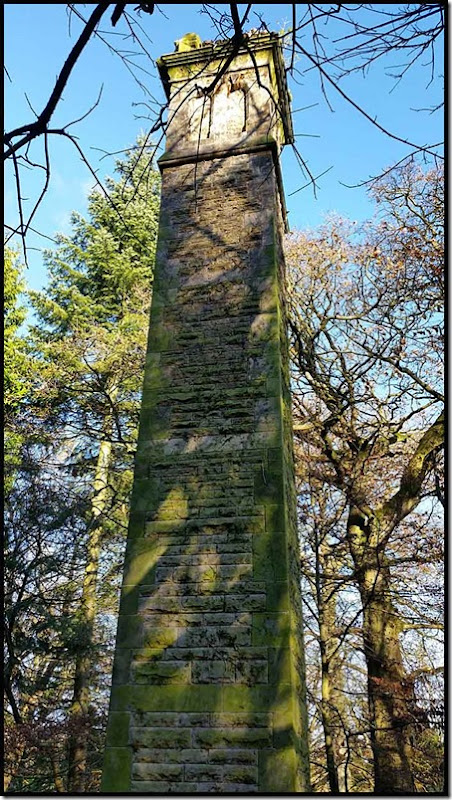 Nearby lurks a crocodile that once looked immaculate but which is now slowly dissolving. 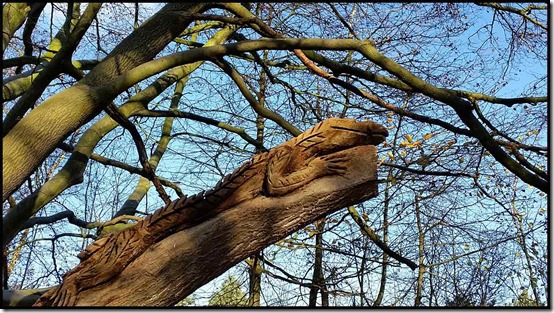 Paul and Jeanette were keen to inspect the wear and tear on the poor beast caused by the elements. 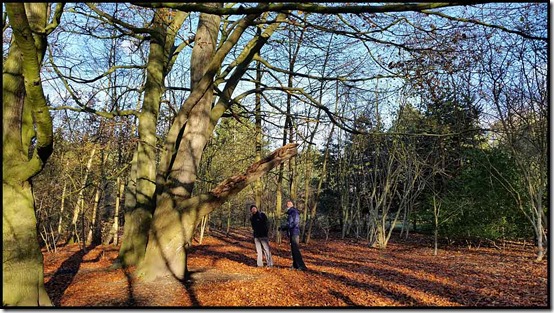 Brief pauses for shopping in Altrincham didn’t prevent us all from getting home by lunch time after this most enjoyable 14.5 km perambulation with around 100 metres ascent, taking about 3 hours including stops. 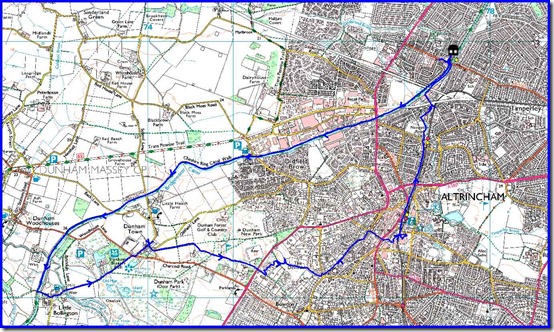 Glad you managed to have company on such a nice day.