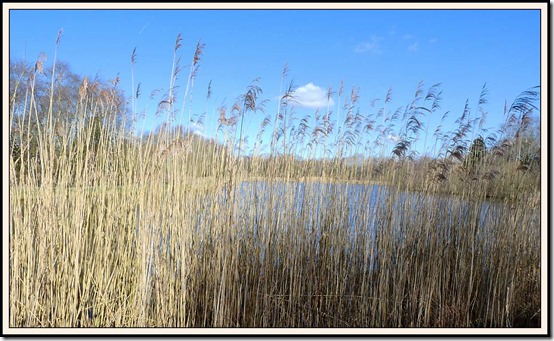 My short morning walks continued with this short stroll around Lindow. I was joined by Graeme, Dave, Graham and Andrew at the car park by Black Lake, which was bathed in sun today. Here we are, four old codgers and a Dave. 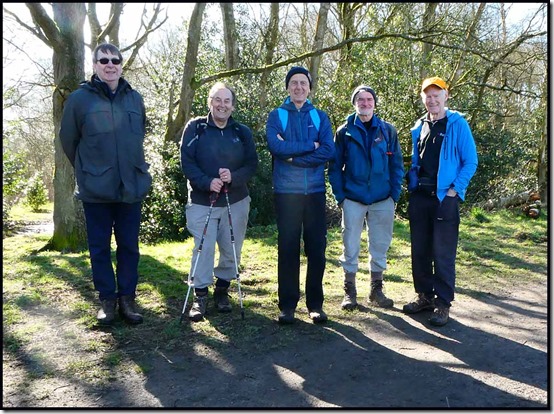 Whilst some time was spent on tarmac, there were short interludes on pleasant paths through the Cheshire countryside. 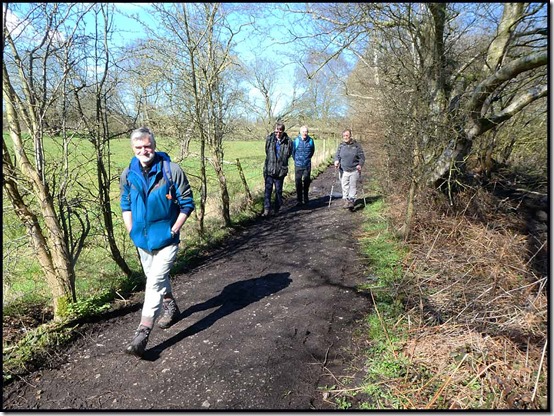 On the unnamed track between Lindow and Davenport Green, there was evidence of recent rain… 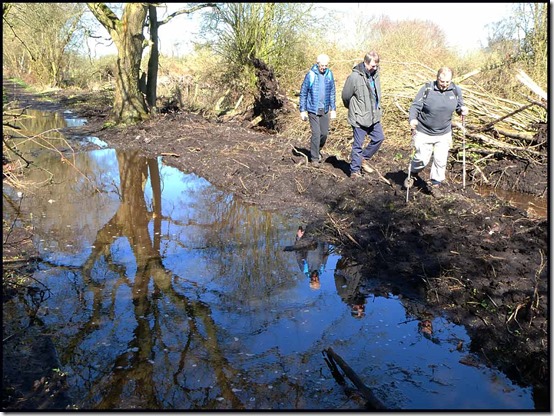 Graeme has recently moved to Wilmslow, and he and Eileen kindly hosted an excellent coffee break, before we strolled back to the cars via another visit to the environs of Black Lake.

The 7.5km route is shown below. I’ve recently subscribed to Anquet’s up to date maps, which deploy a new version of their software that’s new to me. The top map is the best I can manage – kilometre arrow markers seem to have been replaced by cross lines, and I can’t master the size or nature of the waypoint icons, which are smaller than I’d like, though there is a much bigger library to choose from. The map is certainly more up to date than my old ‘Classic’ product. The bottom picture shows the route using the latter software, with a slight adjustment as my GPS was not turned on for the first couple of hundred metres. This is easy to adjust in the ‘Classic’ Anquet, but I still have to work out how to do it with the new software. 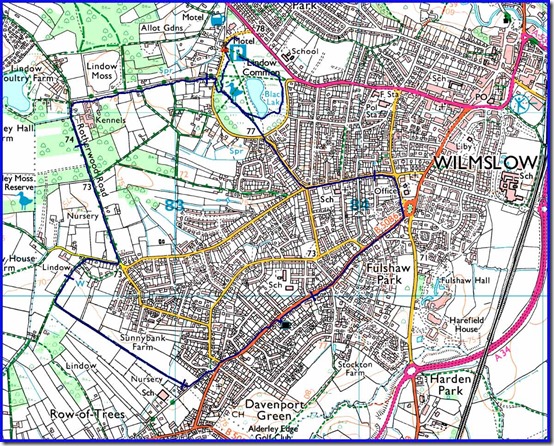 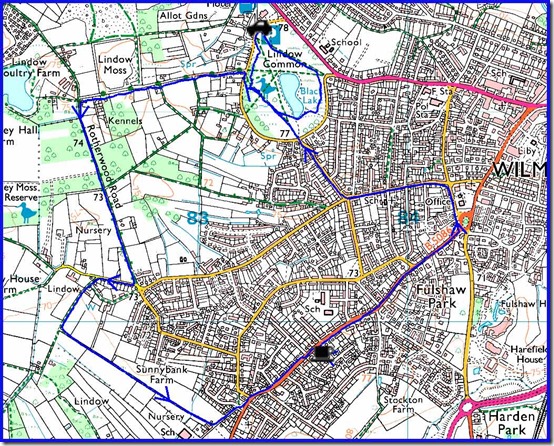 On the face of it the old software works better, but I suspect I just have to put time and effort into learning how to use the new version….

Ho hum, haven’t I better things to do?

Another thing – for this posting I’ve used pictures taken with the Lumix TZ90 camera, using the automatic setting. They were all over exposed and had to be ‘darkened’ in Photoshop. Under exposure is more common. I wonder what’s going on? So that’s another job – work out how to use this camera properly…

Life in the fast lane! and this 7.5km stroll was my final training for Saturday’s Manchester Marathon, for which I’m still accepting charitable donations. Many thanks go to all those who have already donated.