My apologies to those who yearn for ‘Tales from Timperley’ rather than historic reports from the Vanoise.

So to keep certain people happy this is a compilation of snaps taken over the past week or so. 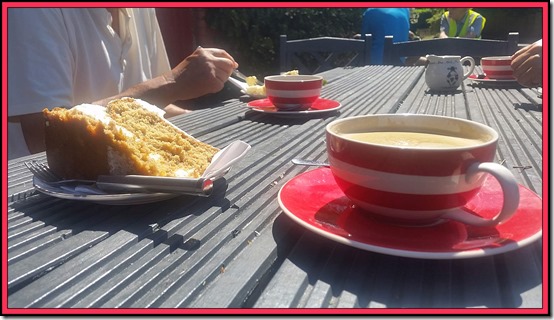 Root canal treatment at 8am meant that I couldn’t take part in the local parkrun on 23 June, but I did arrive in time to cheer Diana and Sue as they approached the finish. 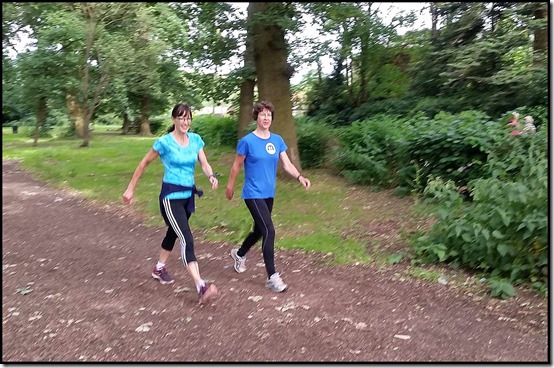 There are no parkrun pictures from yesterday, as I didn’t think to take any. Post op recuperation does not exclude running, so I was happy with a sub 24 minutes time for 5km, after which a third lap saw me walking in with Diana much as Sue did last week.

23 June was also the day of Eccleshall festival. A visit to see Dot was most enjoyable, but failed to trouble the camera apart from the attraction of this old Riley. 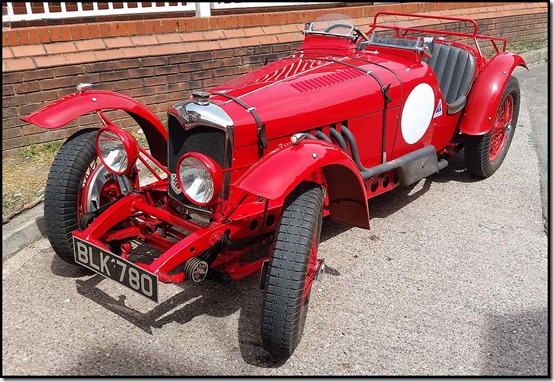 Sunday 24 June saw Kate, Jacob and Jess (aka Jessica, she is proud to have two names!) join us in the grounds of Dunham Massey, where we managed to source some ice creams before they ran out.

On Thursday 28 June, JJ instigated another walk to Dunham, during which we were joined by Rick.

The ‘Linotype Project’ is proceeding apace.

We met Rick at the bridge by the Bay Malton pub (sadly closed). The bridge is also closed thanks to an HGV bashing the parapet – moving it by five inches. 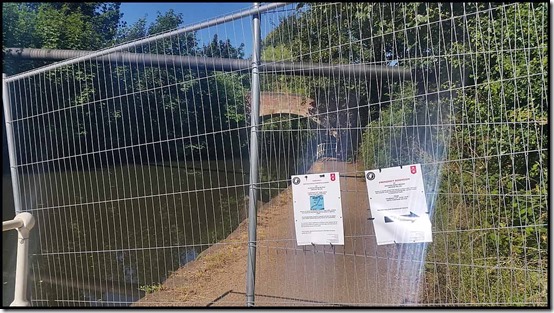 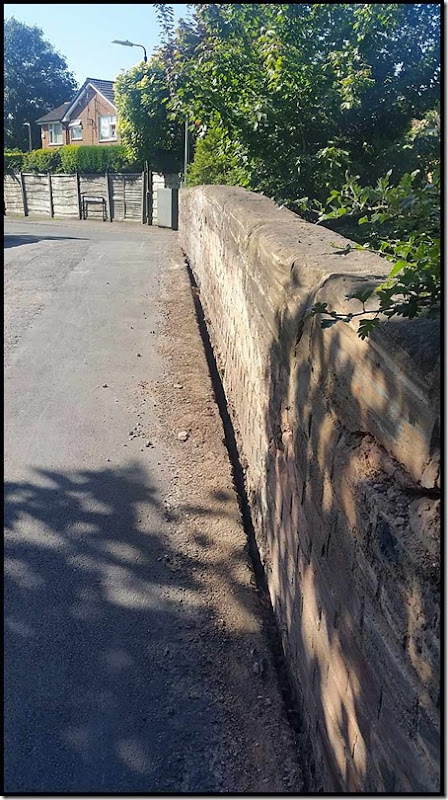 The parapet will need to be dismantled and rebuilt. The workmen estimated a couple of weeks, depending on the tendering position, and they hoped that a particular efficient contractor would get the job. I wonder what it will look like when I next visit in August. 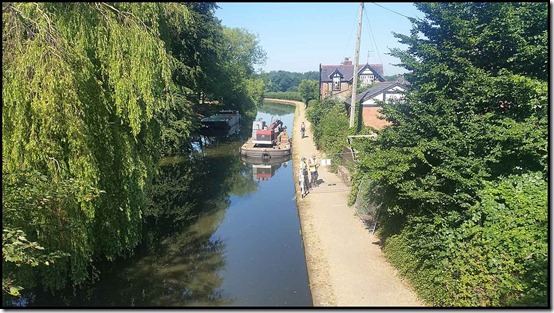 Our walk continued under the cloudless sky that seems to have persisted for weeks. 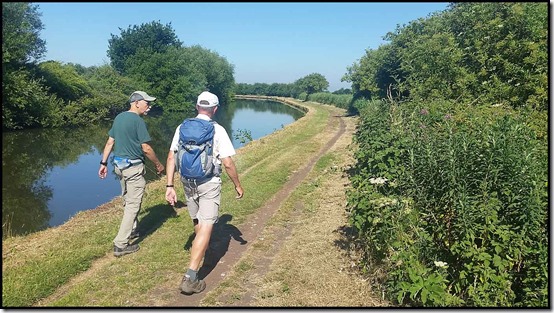 The canal has a healthy population of both herons and pike, with the generous duck population providing plenty of tasty provisions for them. 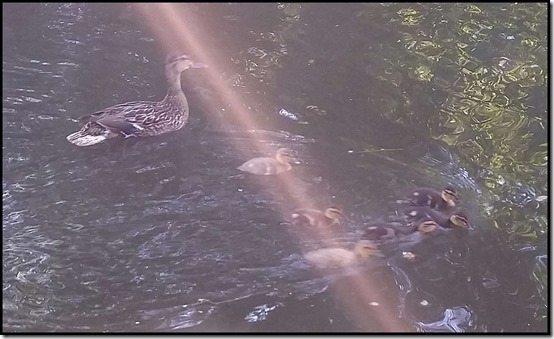 We passed the sawmill at Dunham Massey, then headed through the grounds to the Lavender Tea Room. 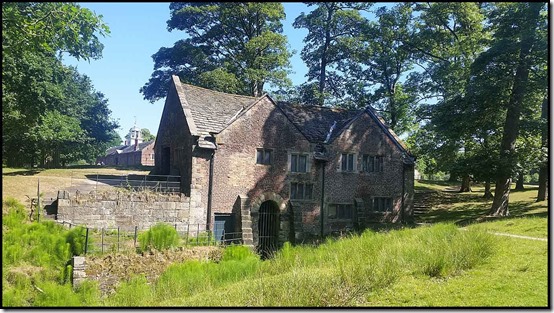 The cakes, especially my carrot cake, were larger than ever. No lunch was needed. 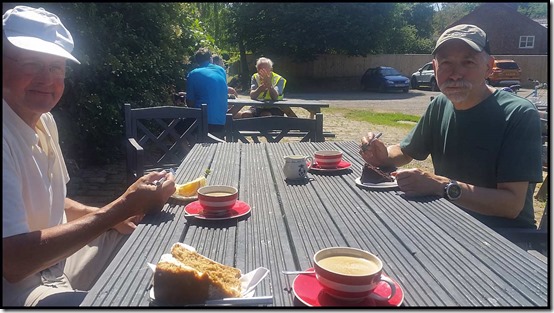 And so, replete, we strolled on under the hot sun, to Altrincham. 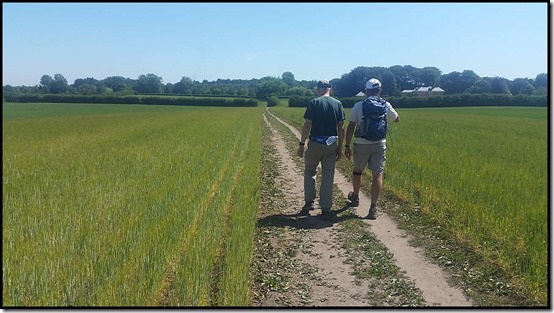 Back in Timperley, on Friday 29 June, the 100 page results of my ‘post op recuperation without exercise’ arrived, perhaps by way of a taster for some similar views in coming weeks. 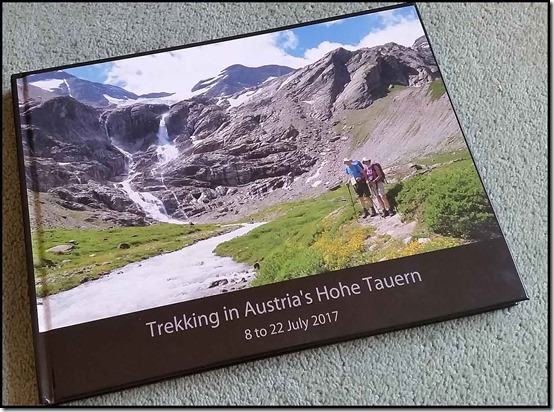 A nice warm feeling generated from that cake and the old Riley and pleasant weather shots of your locale as I munch on my breakfast. I've just had granddaughter Katie dropped on me at 7:00am suffering from deli-belly most likely contracted from playing in the river at Barbon yesterday.

Sounds like the op went ok so good news there. When I had mine done the consultant sat in a chair beside me and chatted whilst his right-hand man got n with the job, the anaesthetic only happening on my bottom half.