Paul and Jeanette were able to join me on a pleasant morning, if rather cooler than last week – especially for them, as they were in the Costa Blanca then.

On my way down to Seamons Moss Bridge I paused to record the current state of progress on the old Linotype site. Whilst the façade seems to be looking for an excuse not to be retained, building work is progressing quickly.

Waiting by the bridge, I couldn’t help but wonder what will happen to the Bay Malton site. The pub has now been closed for some time. 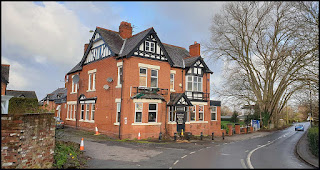 From the same position, the next photo shows how easy it would be for the unwary motorist to get a scrape from the kerbs that have been inserted to prevent HGVs from attempting to cross the narrow bridge. 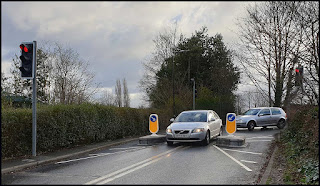 We took the Trans Pennine Trail to Lymm, rather than churn up the fragile towpath, and thence mainly minor roads before a short stretch of towpath to Moore. Passing through Grappenhall village, I recognised St Wilfred’s as the ‘Cheshire Cat’ church, but Paul and I couldn’t spot the cat, and J had zoomed on ahead, so we couldn’t hang around. 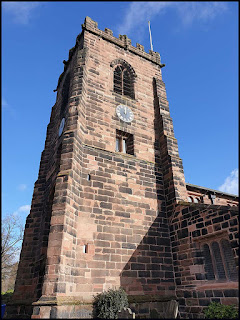 Anyway, we did spot it back in December, and here it is… 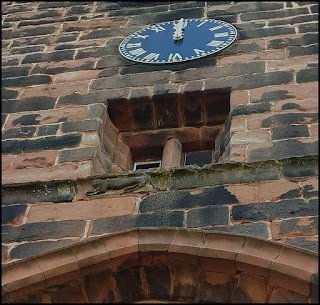 A commitment for P&J meant we had to be back earlier than usual, so instead of going all the way to Phoenix Park and Norton Priory, we took a shortcut from Moore, down Moore Lane, to re-join our usual route by Moore Nature Reserve.

The Trans Pennine Trail was soon joined, and that led us all the way home, via an essential stop at LD24 café in Stockton Heath. Coffee and cake essential! 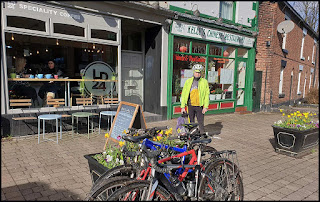 This abbreviated version of our Phoenix Park winter route is shown below. From Timperley I recorded exactly 50 km, and 150 metres ascent, taking around 4 hours including a long coffee break. P&J will have slightly different statistics.

More about the Cheshire Cat please.

It's a long shot, but it has been suggested that Lewis Carroll found inspiration for the name and expression of the Cheshire Cat in the 16th century sandstone carving of a grinning cat (pictured in this posting), on the west face of St. Wilfrid's Church tower in Grappenhall. The village is near to his birthplace in Daresbury.

There's quite a bit in Wikipedia about the Cheshire Cat. This is just one (unlikely?) strand.