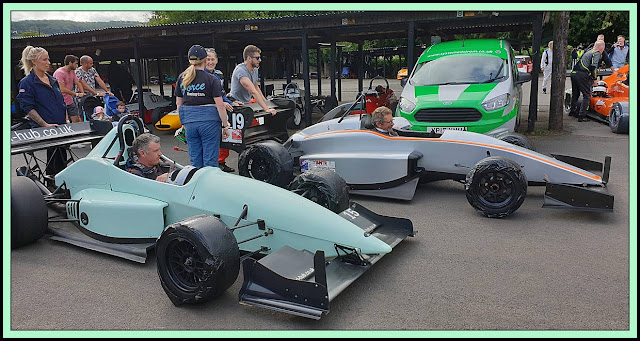 After an overnight visit to Dot, Sue and I met Sue's mum and dad at Shelsley Walsh, where there were some pretty quick vehicles.
We were last here in June, when I took a few pictures with a proper camera. Today, I had that camera - but I'd forgotten to charge its battery, so this posting just relies on pictures taken with my S9 phone.
The announcers seemed a bit confused by the green and white van pictured above in the background. It was the only van racing, and competing alongside Aston Martins and Porsches it performed quite well!.
The start doesn't look all that steep, but it is quite a slope, with a sharp bend that kicks in just as the cars have reached a good speed. 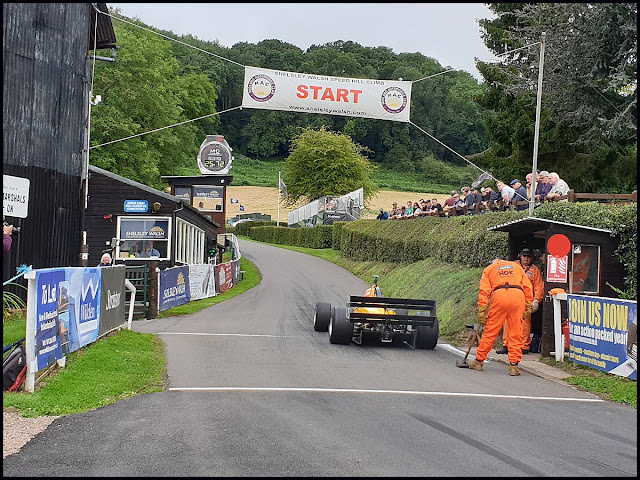 Drivers await in the paddock to be called. 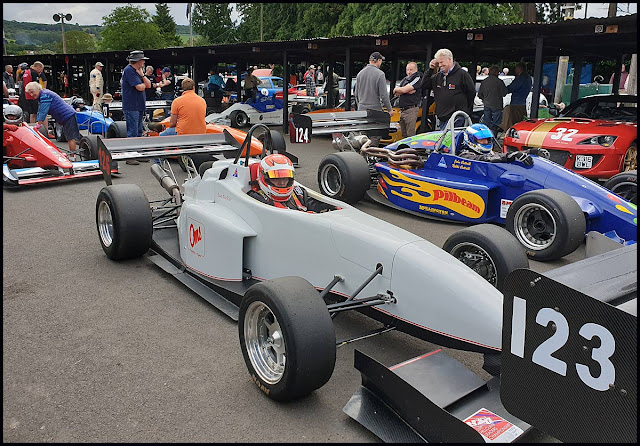 Marshalls seem to be everywhere, here at a fast corner. 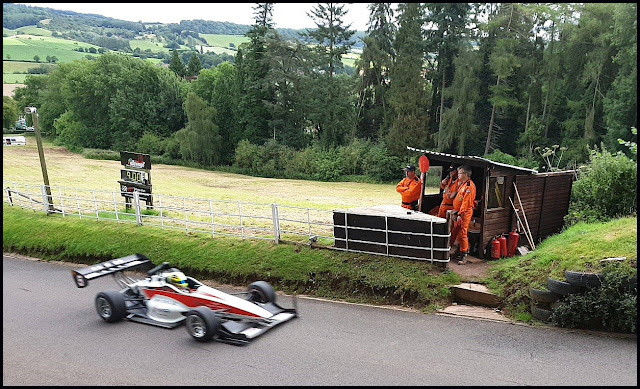 The next two pictures were taken from about the same place as the last one, getting on for half way up the course, looking back down the hill. 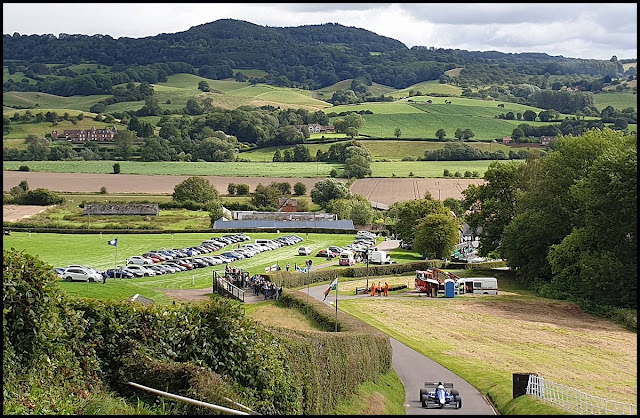 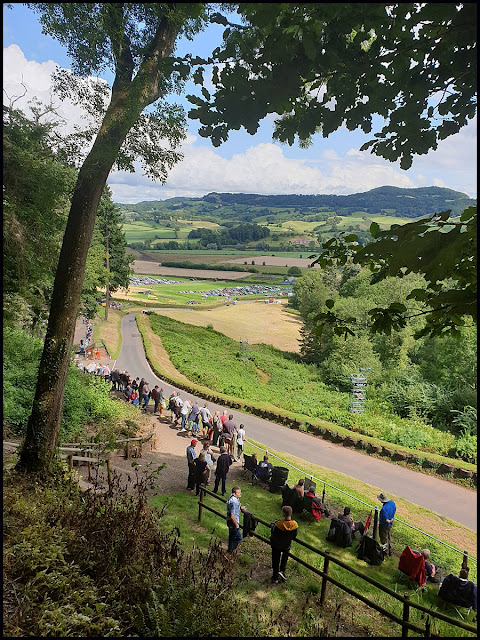 After our picnic lunch, Sue and I went to the top of the course, where there's a holding paddock out of sight of spectators. After each batch of climbers the vehicles are released back down the hill, ready for the next batch - usually in a different class. 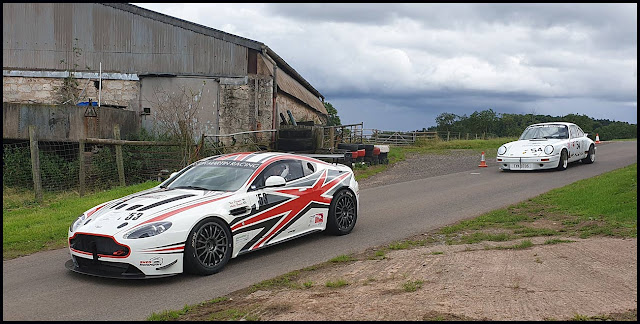 Before we left, after a picnic tea, I couldn't resist a snap of this old Buick. I think it's a Buick Special dating from around 1938. 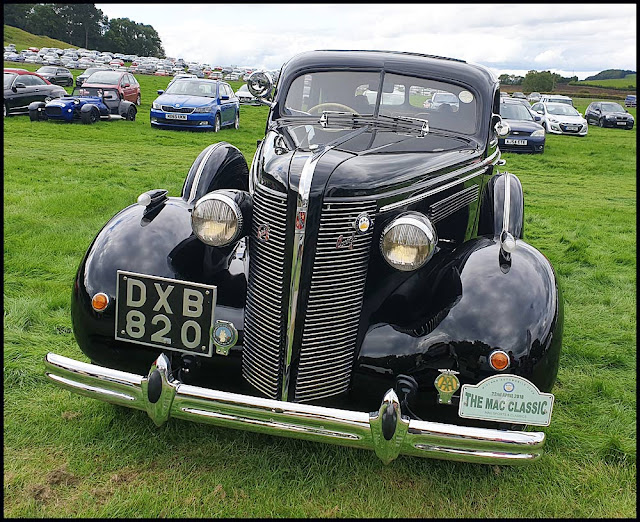