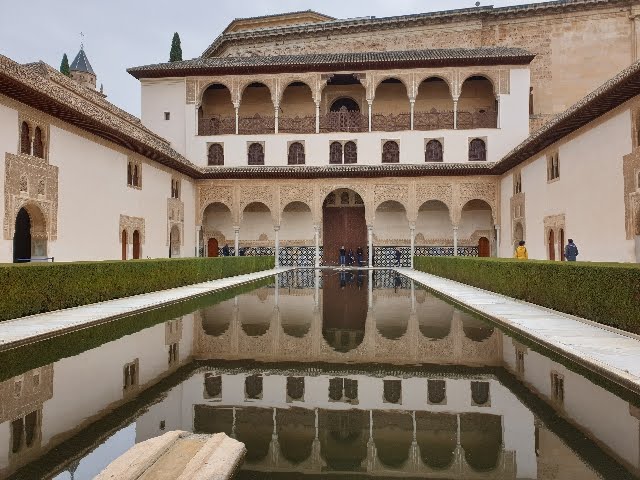 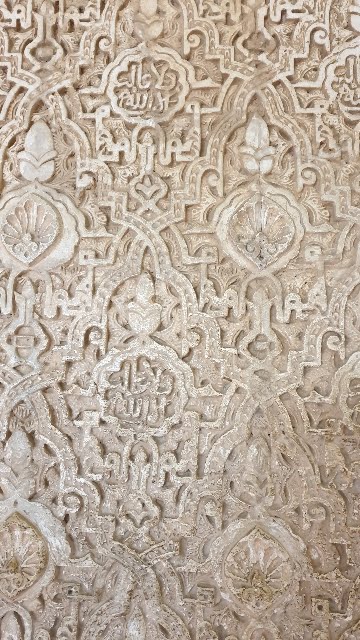 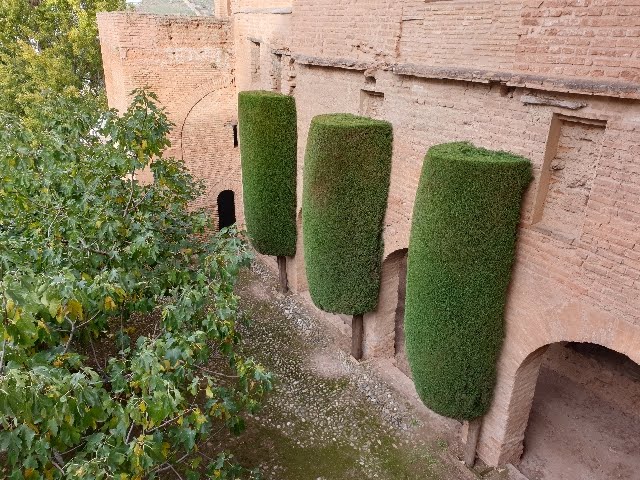 Leaving our hotel, a respectable place 100 metres from the Cathedral, I spotted a rat dashing to the cover of a rubbish container. So we can add that to our list of flora and fauna...

After breakfast, a short walk took us to the entrance of the Alhambra and the nearby Generalife, where we spent the entire day. Sadly it was overcast and cold.

These places are a conglomeration of structures and gardens dating from the 13th to the 20th centuries. The structures are being preserved, but there is no attempt to reconstruct what they might have looked like, furnished, in their heyday, and access to the interiors is very limited. Since the mid 1900s efforts have been made to return the gardens to their original magnificence. Many gardeners were hard at work today, mainly giving the numerous cypress and other trees an autumn trim.

We retreated from the cold wind for a luxurious coffee break in the posh Parador Hotel. Still cheaper than Starbucks.

The main attraction is the Palacios Nazaríes, which is entered by way of a timed ticket. By the time our 3 o'clock entry time came round, the battery in my audio guide was nearly flat. However, I didn't miss much as there are only so many ways you can describe an alabaster ceiling or wall. Apparently there used to be some pictures, but given the profusion of ornate plaster, we couldn't really see where any artwork would go.

Back in Granada, Restaurante Bicicleta was our chosen refuge in which to warm up and enjoy their assortment of tapas. That will last us until breakfast tomorrow, after which we'll be dashing off to the colder wetness of Timperley. So this is probably the last mobile posting for a while, though some more photos and some routes from this most enjoyable trip will appear in due course.