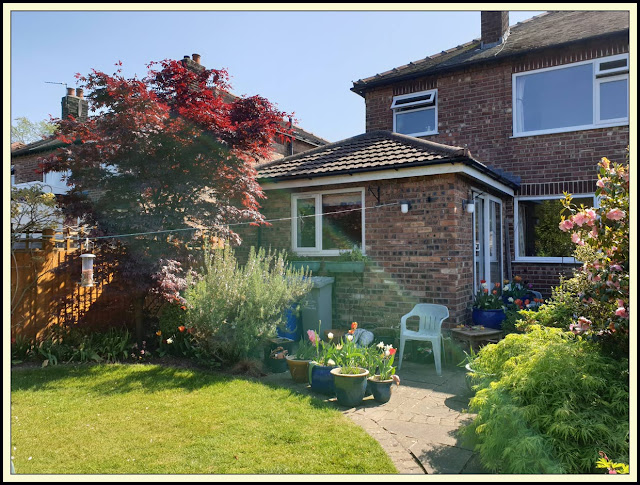 Here's our garden today. An oasis of calm in which to relax and read our books. The shed is just to the left in the next picture. 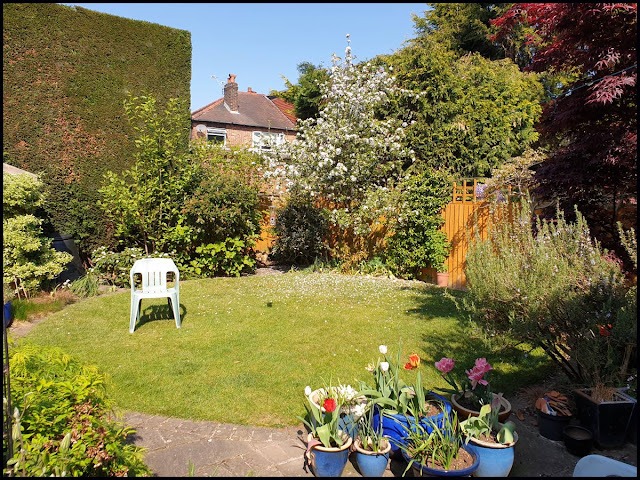 It wasn't always like this. The old shed, shown below, was replaced a couple of years ago. 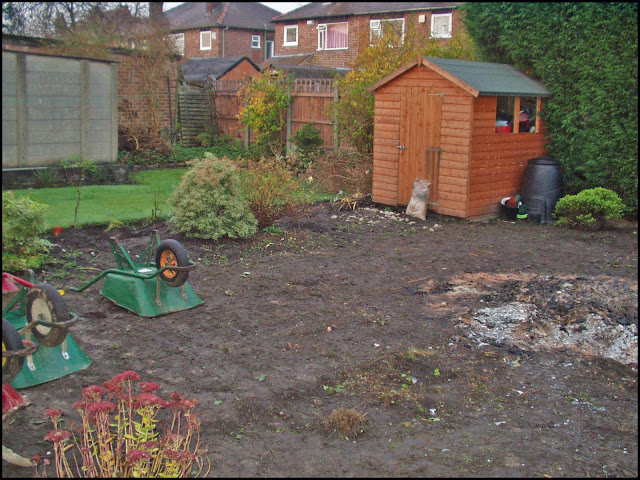 Next door's garage (we had a similar one that was removed before these pictures were taken) was dismantled several years ago. The apple tree (below) has just been planted. 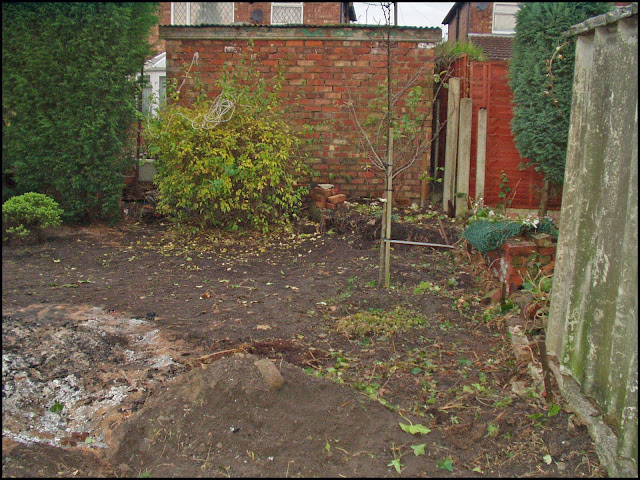 We had a smart new fence installed in 2002. It was replaced with a slightly more substantial one in 2012, so it only lasted ten years. 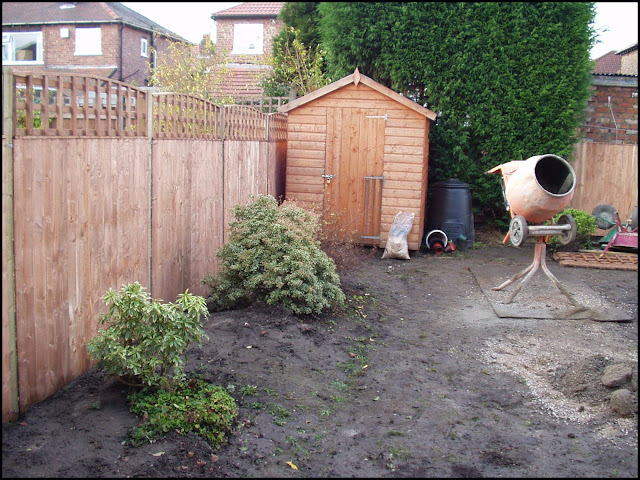 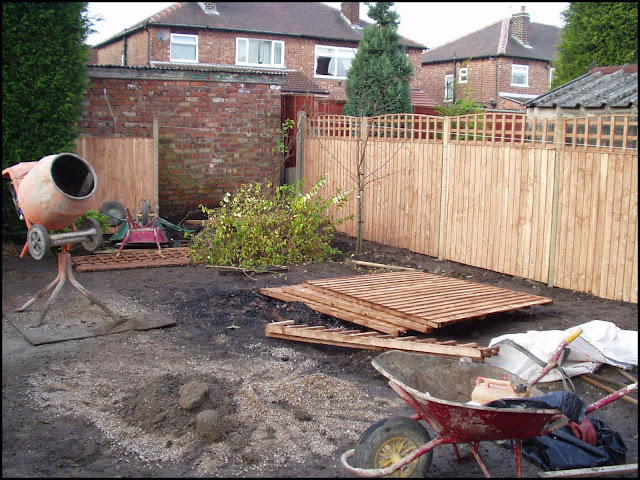 Most of our windows have also been replaced since these pictures were taken. 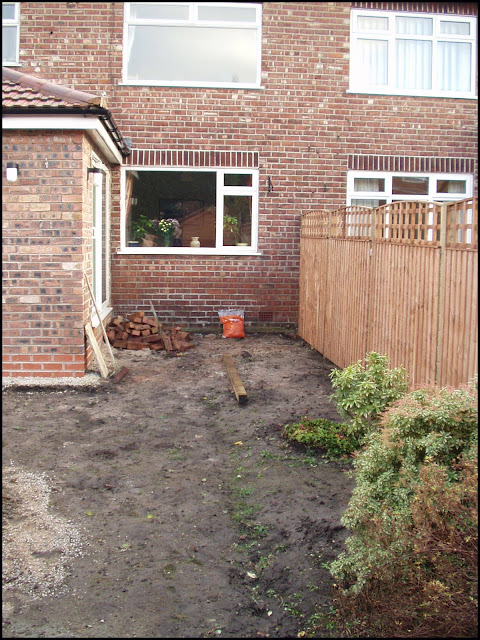 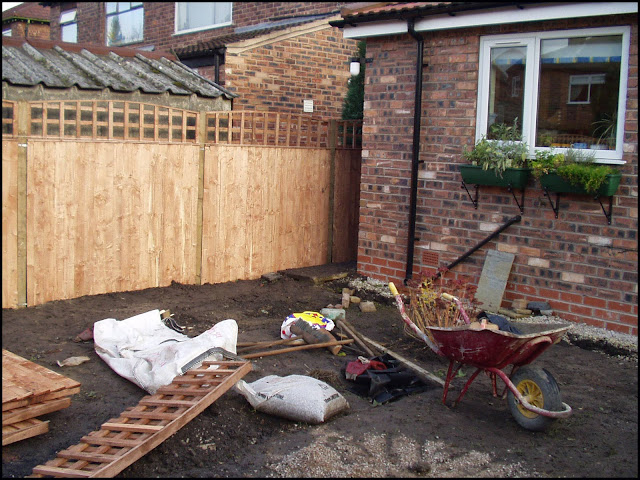 Can you spot our apple tree? 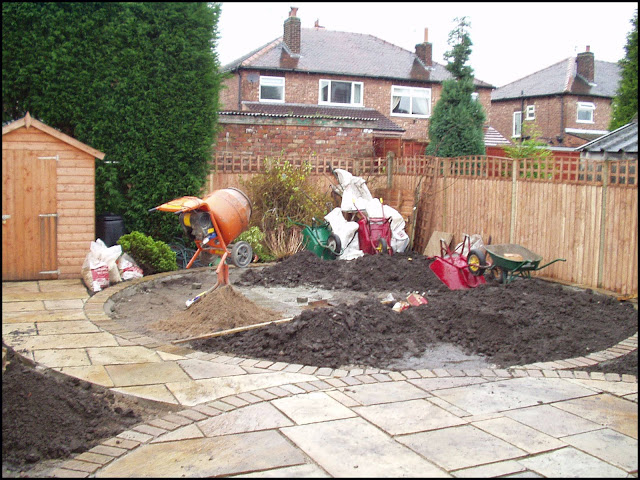 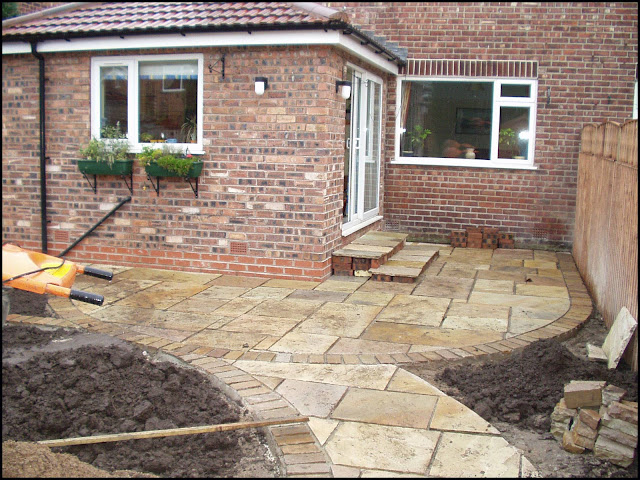 A tree planted here now towers above the kitchen window. 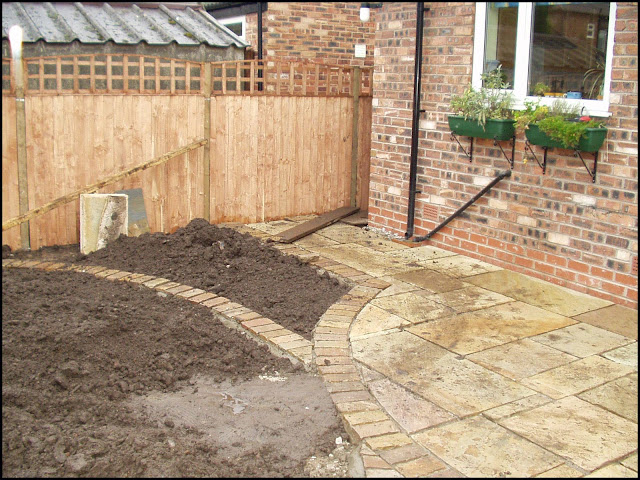 I feel sorry for anyone whose garden is currently as ours was in 2002, and for the owners of the boarded up properties I pass when out exercising - caught out in the middle of renovations.
Stay Safe...
(Later) More rummaging through 'Sundry' picture folders has revealed a few more 'garden' pictures that I've decided to insert here. The pictures above were taken in November 2002. Here are a few from 14 December 2002: 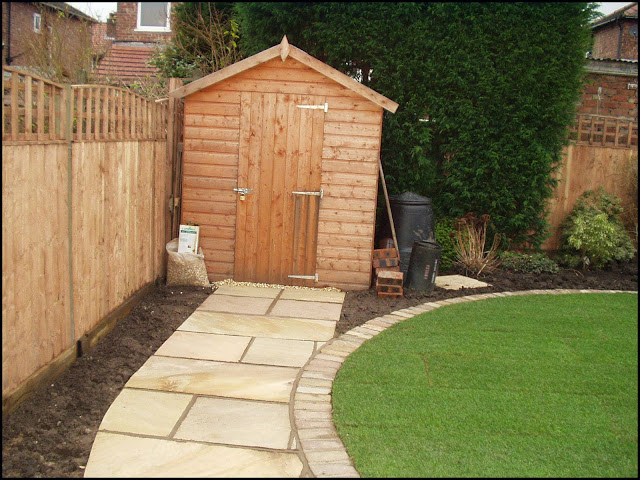 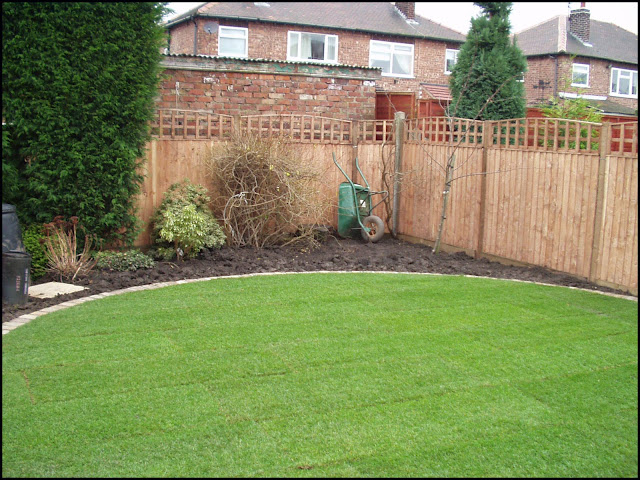 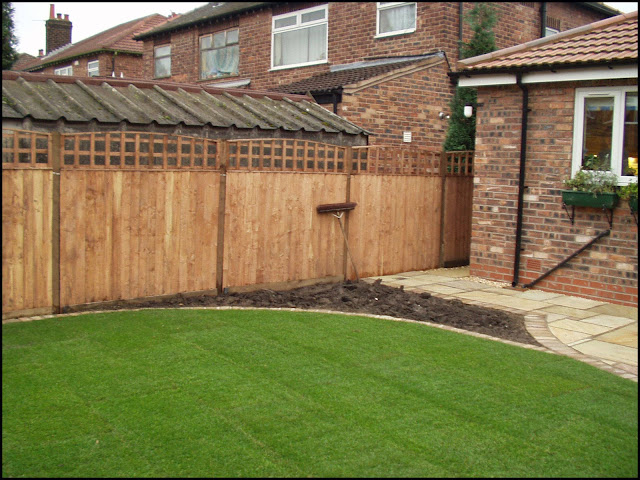 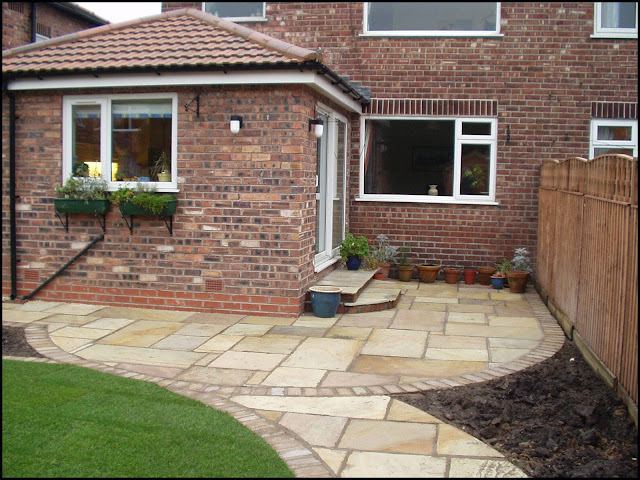 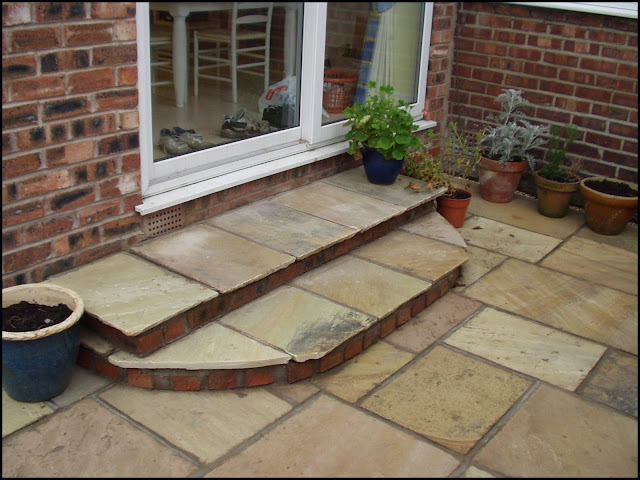 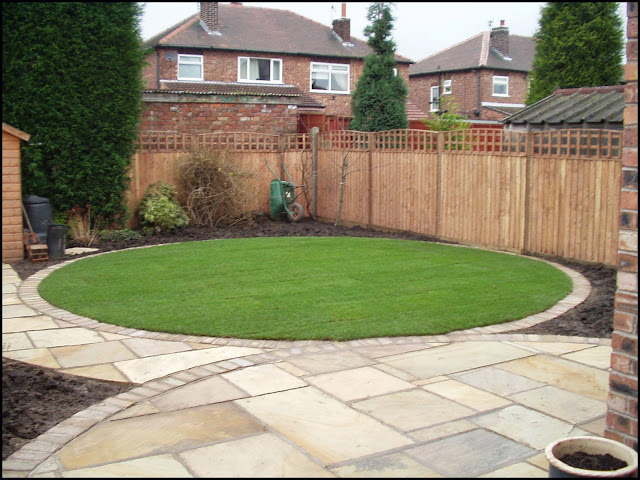 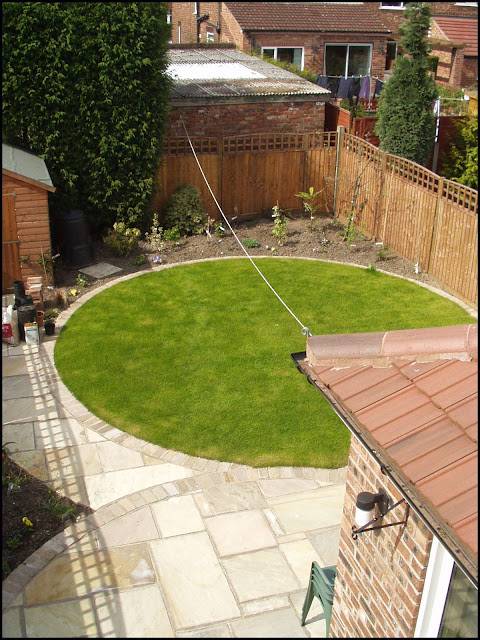 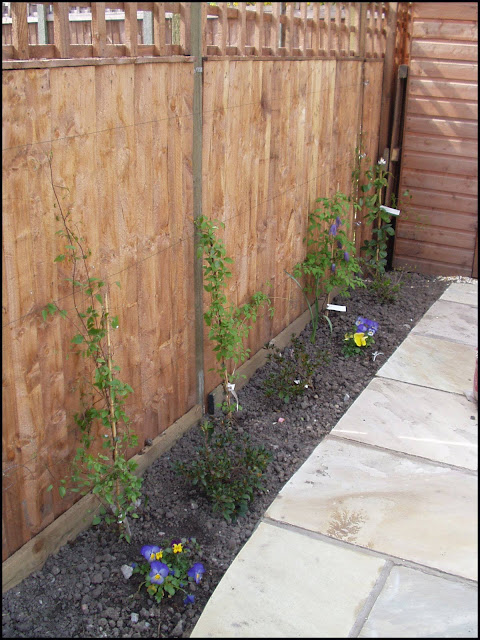 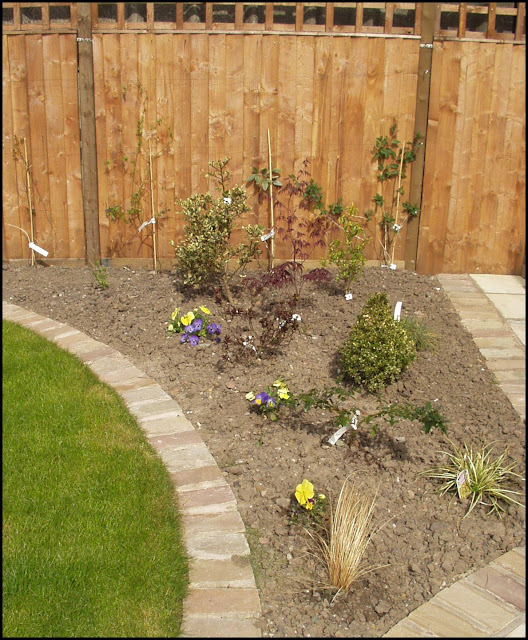 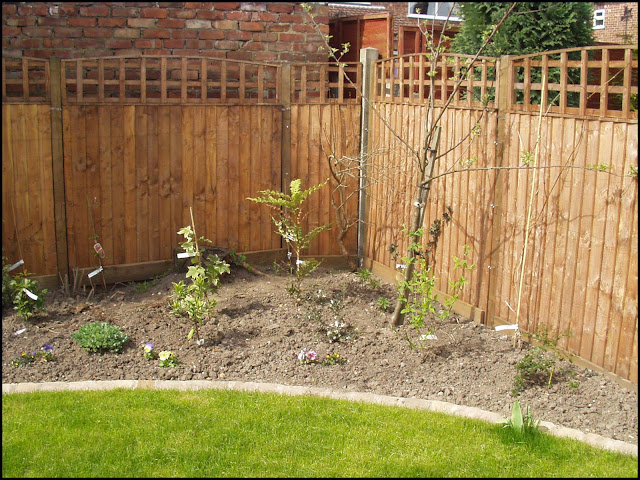 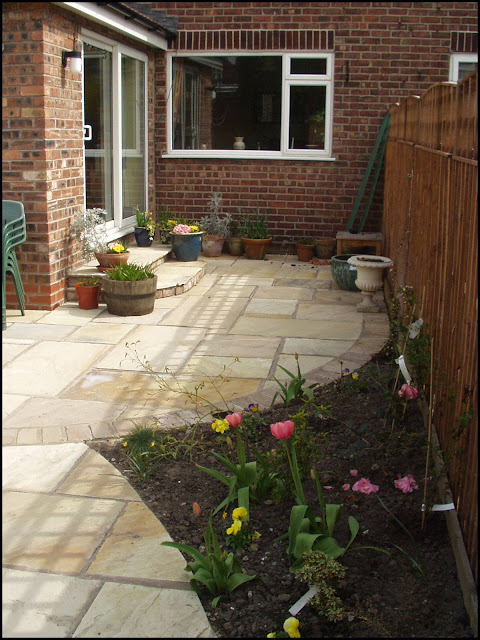 We were proud of the new kitchen extension, and of the kitchen that appeared like this on 13 April 2003: 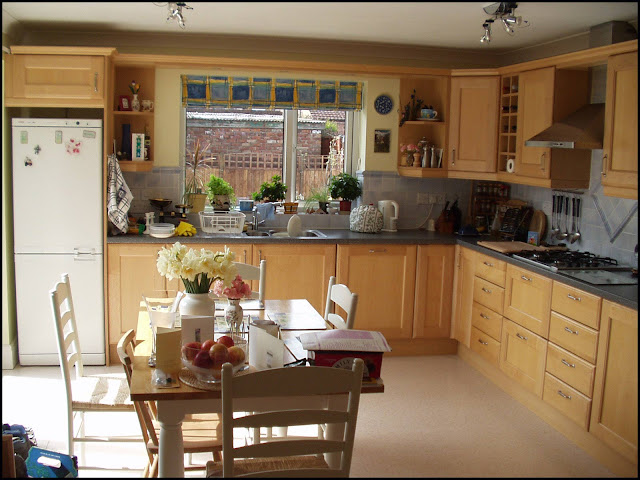 Here it is today; the teapot cosy hasn't even changed! 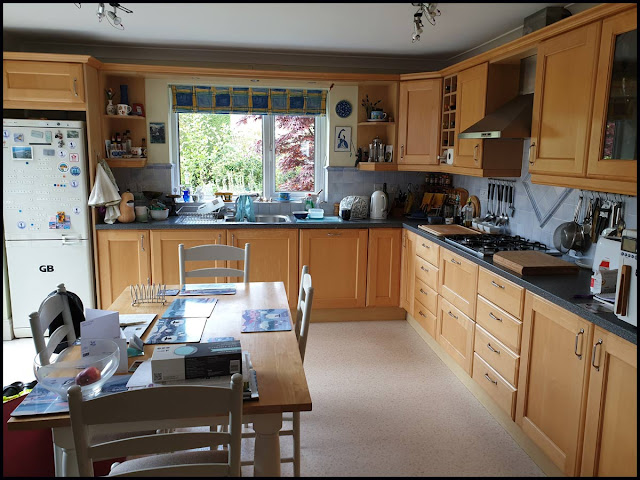 Meanwhile, Conrad has asked whether we did this work ourselves. Sue's cousin, Bec, did the garden design, and a local company in Sale carried out the work. Bec brought a car load of suitable plants, and Sue installed them. Most of them have flourished ever since.

I look back now at some of the projects I did years ago. Three different deckings at this house. Nowadays I would rather pay someone else. Did you do all that work yourselves?

Conrad, I've added some more pictures and a note as to who was responsible for the work. Sue's cousin Bec did the design, and a local firm did the work. It has lasted well, albeit now in need of cleaning and pointing.