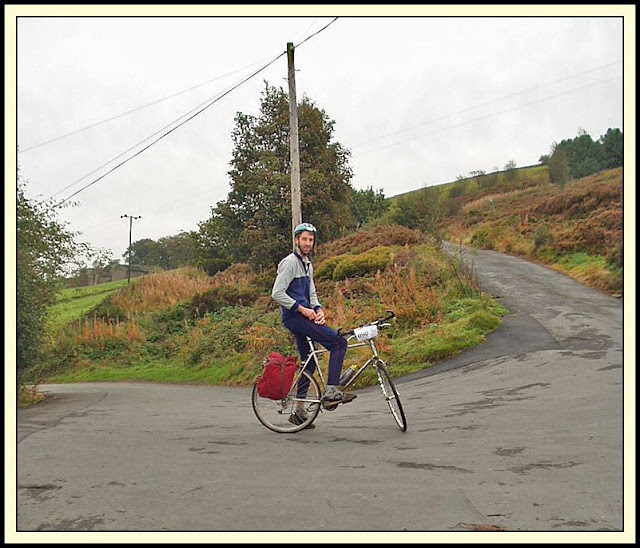 Some more old Olympus digital images downloaded many years ago have come to light.
This was my second participation in the Calderdale Mountain Bike Marathon (CMBM). Numerous other reports are included in this blog - here - but there are still four more reports to be added in due course!
The 2002 event must have stretched the limits of uneventfulness. My diary entry for the day records "13 October - Calderdale Bike Ride - 3hrs 46mins".
Meanwhile, my assiduously maintained 'Bike Log' would indicate that the bike lounged in the shed between 8 January 2000 and 12 October 2003. Well, it would have moved sheds from Chorltonville to Timperley in that period, and it certainly did the CMBM in October 2000, as well as a number of other unrecorded outings.
The four pictures unearthed today show my companions on that day, Al and Robert, at the start, and later at the commencement (SE031279) of the descent to Jerusalem. Robert is pictured above, waiting for us there. It's at the top of a short, sharp ascent that follows a flattish section after the descent from Midgley Moor, and you have to be careful here to avoid succumbing to cramp. 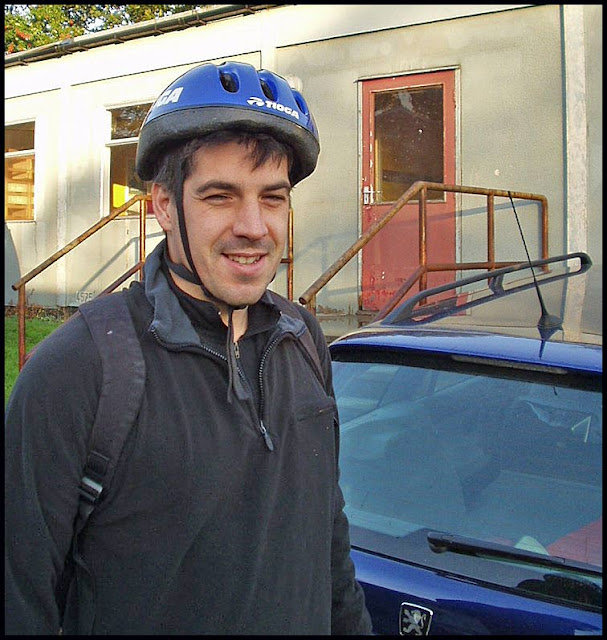 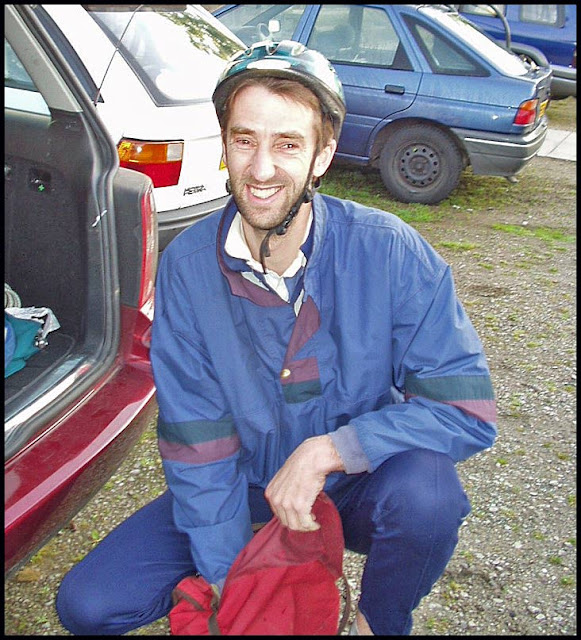 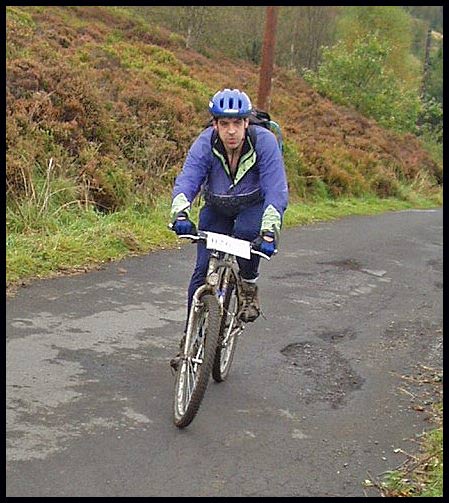 After this, Robert forged ahead to finish five minutes ahead of me and Alastair. We were in positions 204 and 205, out of 269 finishers. It's not a race, just a very enjoyable morning's exercise to which Robert and I frequently return, joined these days by Paul and Greg Barber.
This year's CMBM is in the calendar, on 11 October. I suspect that if it goes ahead, it'll be on the excellent new route that was used for the first time in 2019.
Here's hoping, but I'm not over-optimistic.
Posted by Phreerunner at 11:36

Not sure what I had in that large pannier but it was dispensed for future attempts. I still have the certificate I got for finishing. I have registered for this years event but they will only need the payment once it is confirmed the event going to go ahead.

I think you had a complete change of clothes and a banquet lunch in that pannier! I think you should reinstate it.