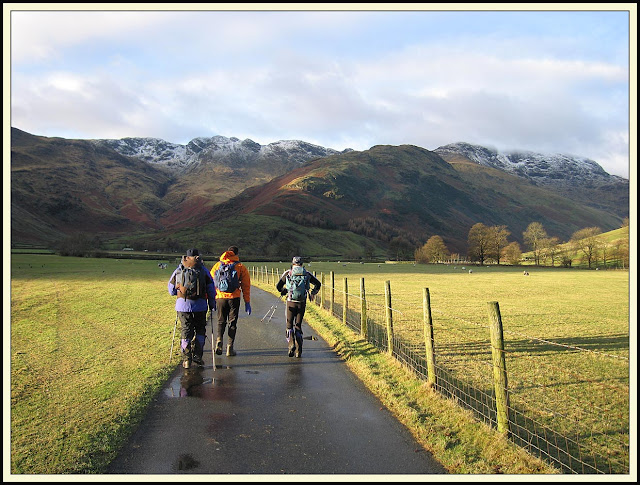 Here's a relatively recent archive, with some pleasing images. Click on the image above to access a slideshow. This posting is principally for Nick, to whom I have recently copied 'archive footage' despite his not being present on the trips concerned.
New Year's Day 2006 - Bow Fell (Sue's Diary Entry)
After a night punctuated by fireworks and text messages, we were away from at 8:00 with Andrew. The grey clouds which delivered last night's rain had mostly dispersed, giving a nice pink sunrise.
Hardly any traffic and it took just two hours to reach the Old Dungeon Ghyll where we met Nick and Daniela. The direct route to Bow Fell was chosen as Andrew has been ill recently. But that's ok, as I hadn't used that route before.
The wind was cool but the mountain was clear, and we soon warmed up climbing the manicured path. Few others were around. 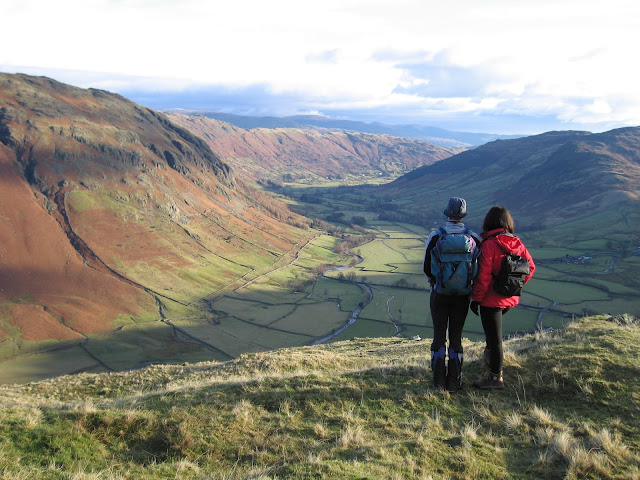 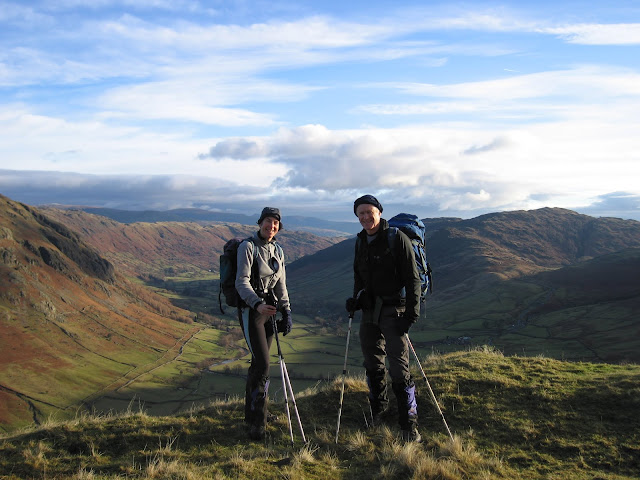 Around 11 am, we stopped in a sunny spot for tea and caramel shortbread / brownies. 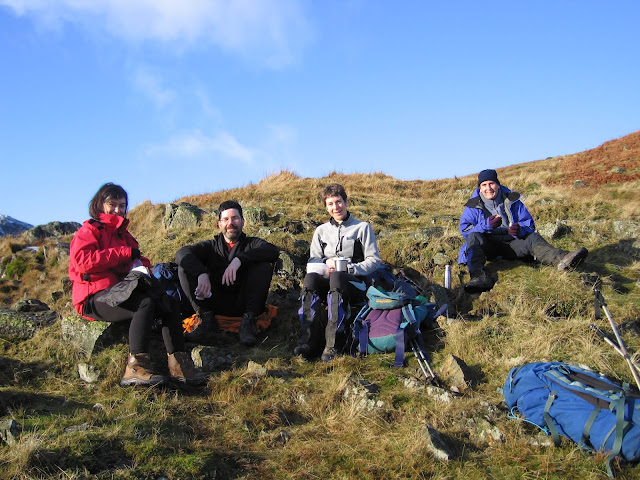 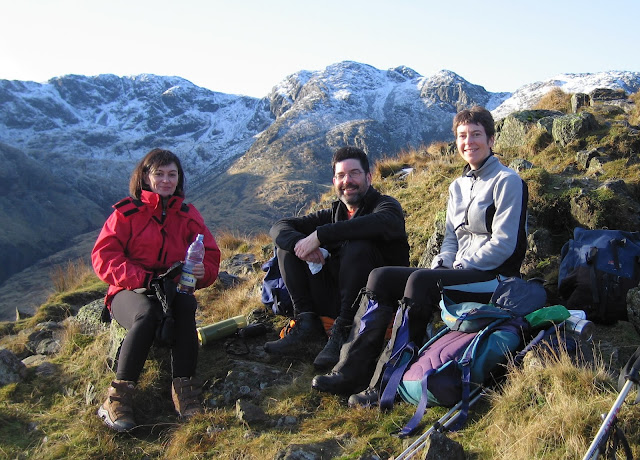 The path became more icy as we approached the Three Tarns col, where the water was frozen. 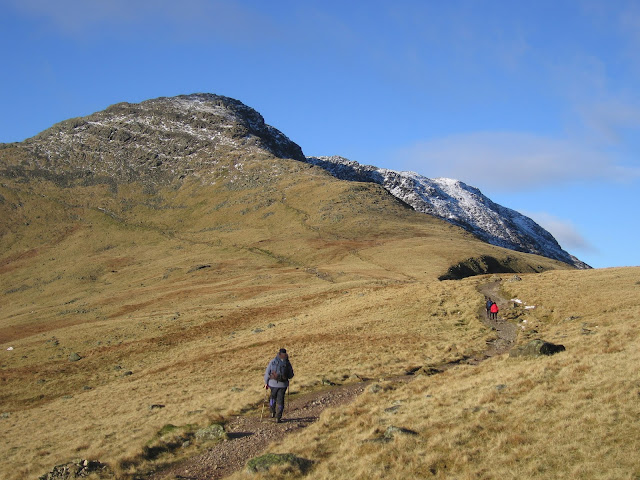 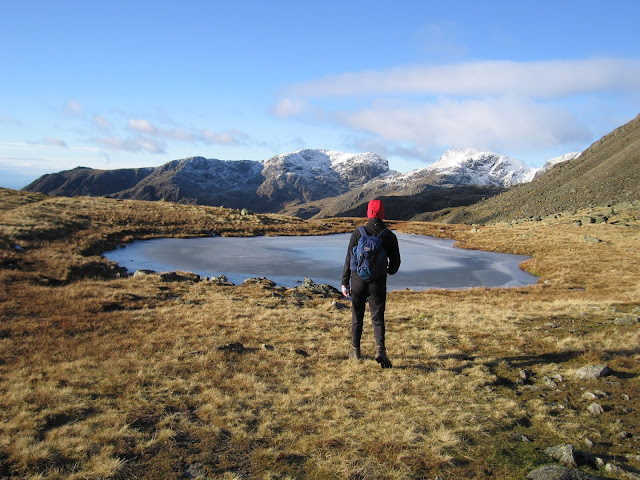 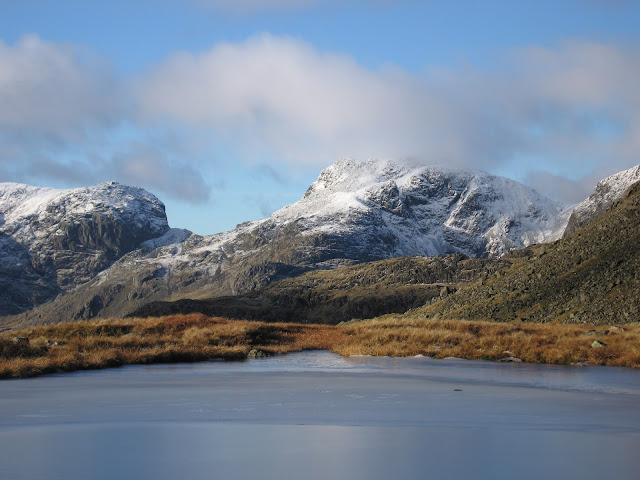 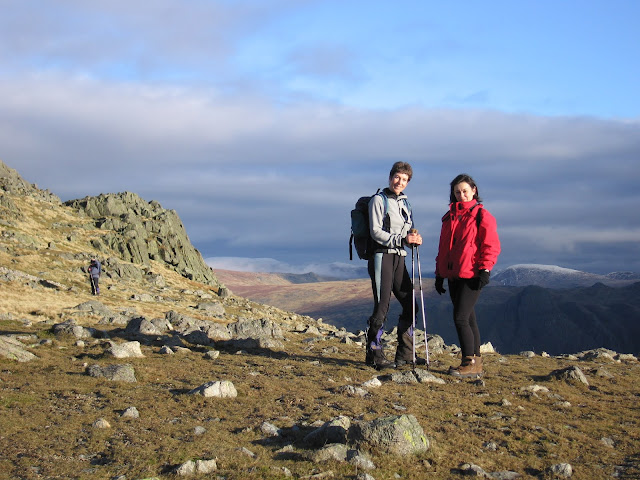 The final climb to the summit was snowy and steep. A little cloud obscured the sun, and with the keen wind, more clothing was needed again. 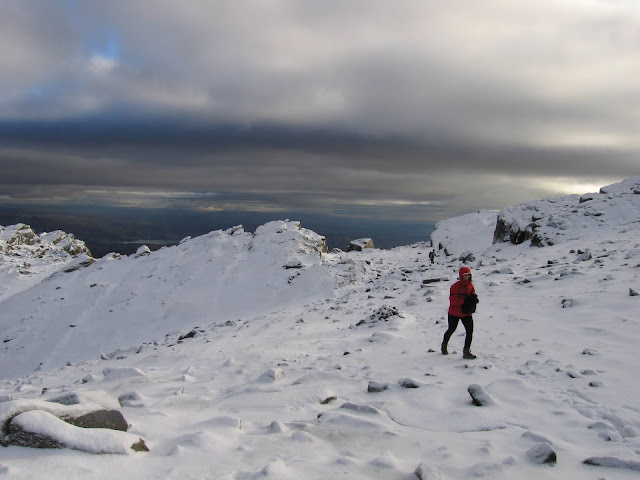 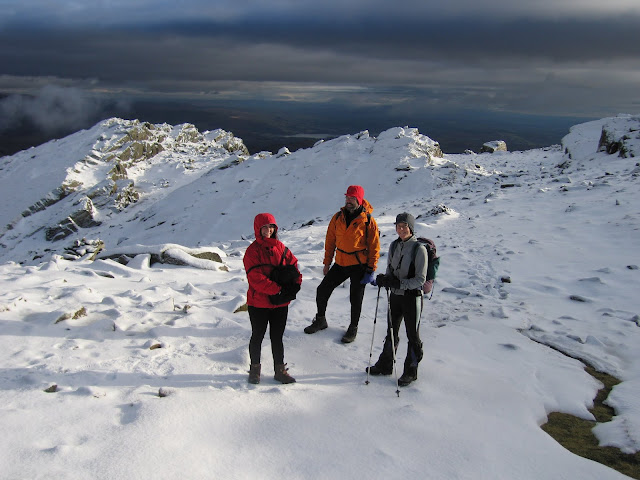 A short pause on the top for photos, and to pick out and the Isle of Man, and nearer, the tops of and Scafell were just hidden in cloud. 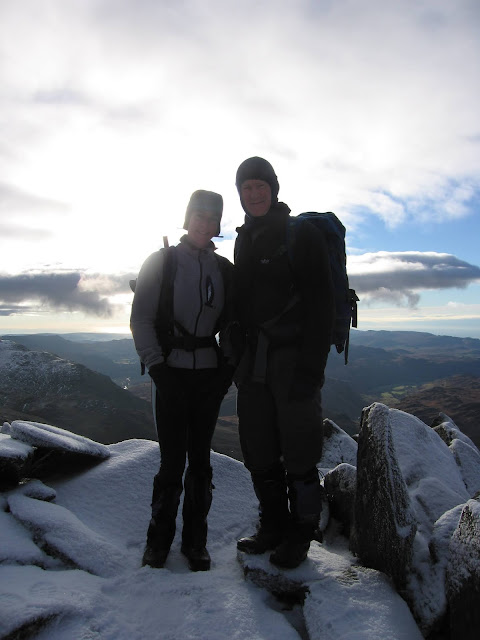 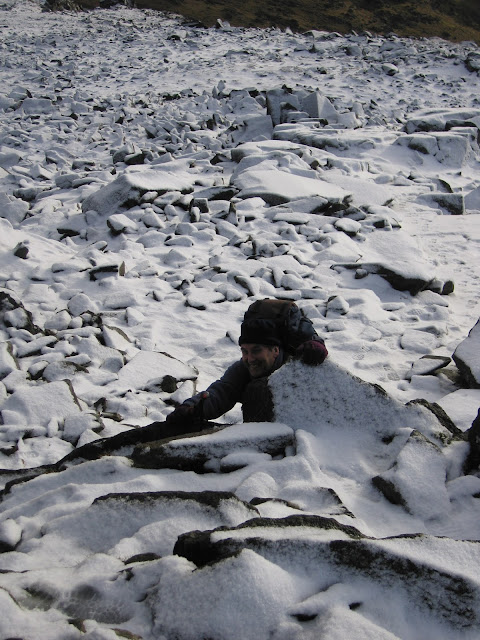 A quick lunch in the lee of the wind on the top, then across Bow Fell's tops, following rabbit prints in the snow.
The path down to Angle Tarn was icy, so care was needed.
A yellow rescue helicopter made repeated visits low over the neighbouring crag, its door open to search below. After several attempts to find what they were looking for, the chopper left, leaving silence once more.
Angle Tarn, with its patchy ice, was a suitable place to finish the flask contents, before heading back down another immaculate path, created to prevent erosion in Rossett Ghyll. 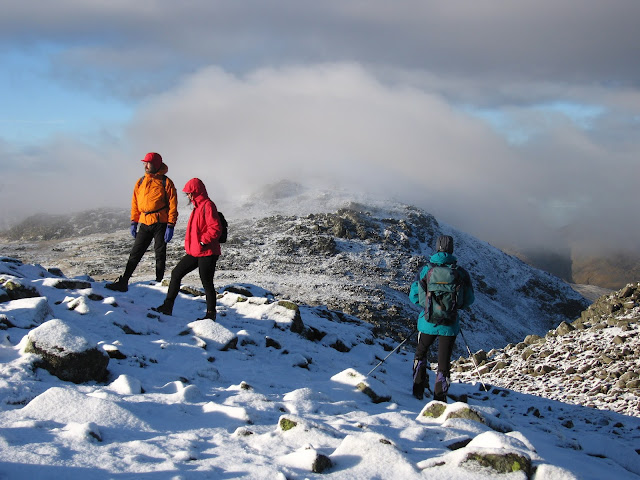 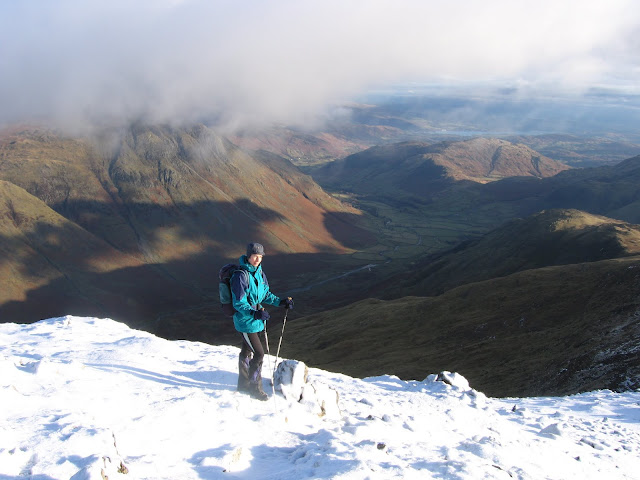 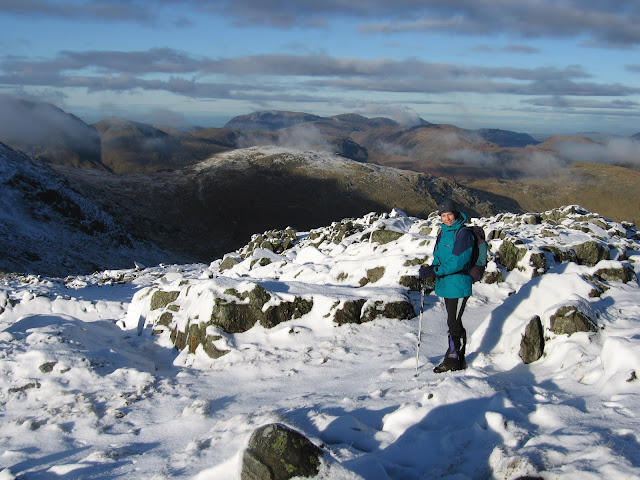 The hillsides here were golden brown from the bracken.
The Old Dungeon Ghyll provided pots of tea for punters inside and out, and we finally headed for home at 4:20 pm, as it got dark. 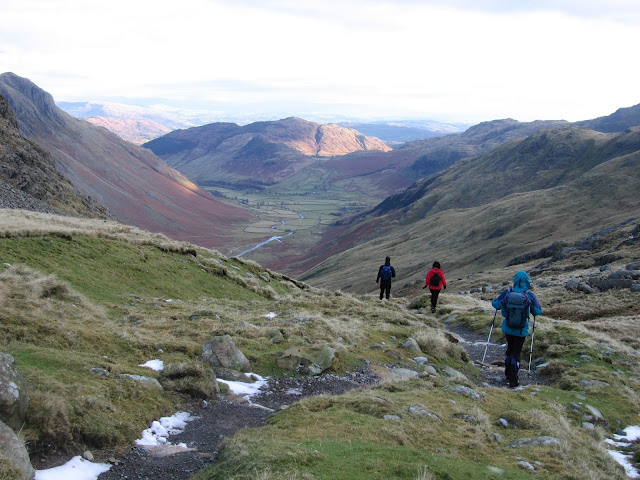 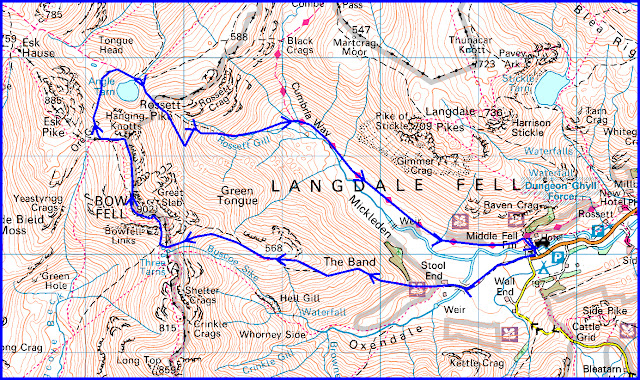