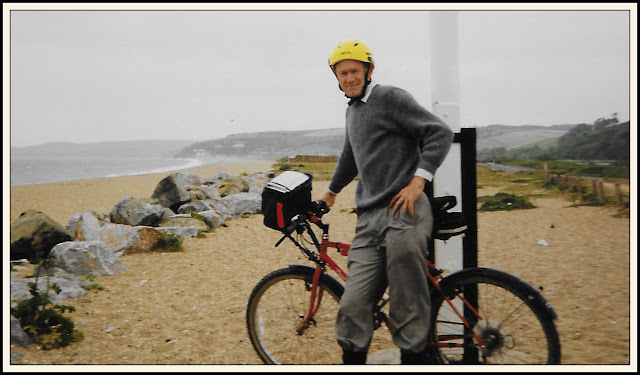 Here's an extract from a week's family holiday in Dartmouth, recalling a time when the Shogun Trailbreaker bike was only one year old and had only covered about 250 miles. Not to say that it didn't have technical problems!
30 May 1991 - A Bike Ride

A short trip around got off to an inauspicious start at Worden, when the chain jammed as I entered a bog. Mud up to both ankles. No cloth. Lots of oil. Shortly afterwards I came across a buzzard searching the ground for food in a little frequented field by some woods.

I continued on and the front pannier did its usual trick of jumping off the handlebars and zeroing the timer, so what is shown by way of statistics is approximate. [And that's why I now use a small rucksack instead of that handlebar pannier, which still lurks in my bike box.]

Shortly afterwards I ignored a 'Road closed' sign and struggled up a really steep hill to find a resurfacing machine completely blocking the high banked lane. On retracing, more hills were encountered before reaching the main road. It was cloudy and cool, though not unpleasantly so.

I missed out a planned visit to Blackawton and headed for Slapton. A car passed just before a pleasantly steep hill into the village - and held me up all the way down, though I did get up to 34 mph. I eventually passed the car when a passing place was needed for oncoming traffic.

Once on the main road at Slapton Sands, I became aware of a strong northerly wind. This kept me to 8 mph until I reached the hill before Strete, where my pace reduced to 6 mph.

A nice run to Blackpool Sands followed, though I nearly misjudged the hairpin bends at the bottom. I had a brief rest at the Sands, and eventually, after waiting for a gent who seemed to be trying to exhaust the kiosk of supplies, I got an ice cream and a Mars bar. Not many people around because of the cool weather. Return to via back roads - Bowden, Venn crossroads, then the white road past the water tower.

Good views of - the concrete wall above our swimming pool at Ford Bank is prominent. Back soon after 1 pm in improving weather. 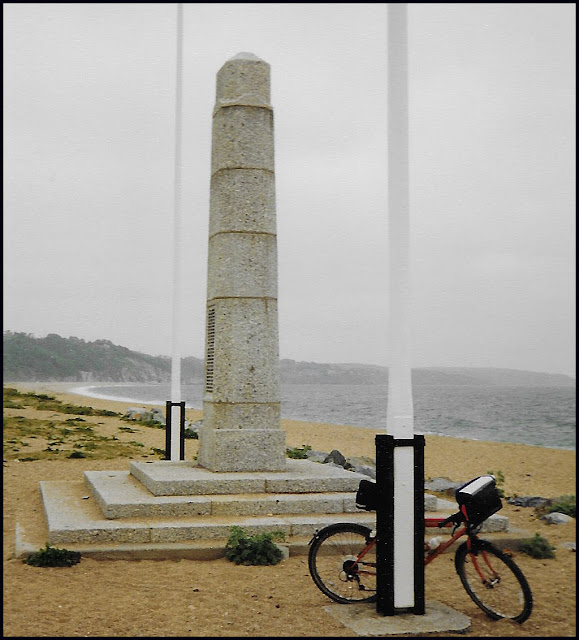 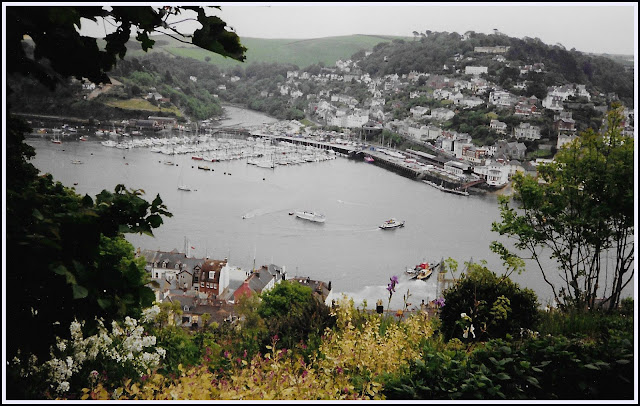 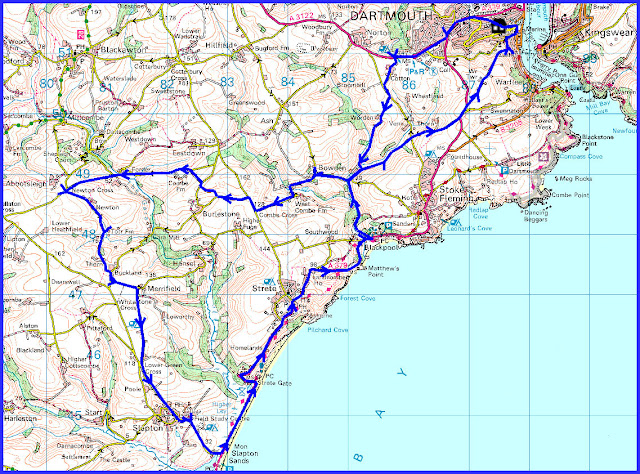 This is my best guess as to the route I took.
I won't bore you with the rest of the 50 or so pictures or the other diary entries - they have been dropboxed to the participants.
Posted by Phreerunner at 12:24