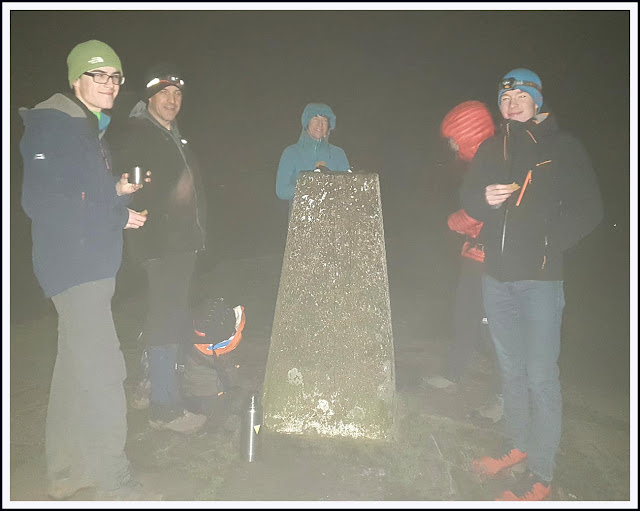 It's our tradition to enjoy an evening walk up Shutlingsloe, 'The Matterhorn of Cheshire', shortly before Christmas. As we aren't supposed to move around in large groups these days, six of us went up on Tuesday, and five on Friday. It was a warm evening for both trips, if breezy on top. Tuesday's walk was enjoyed by Sue, Al, Andrew, Diana, Joe and me.

The cloud level hovered over the summit, making it all a bit 'atmospheric', especially when the singing started!

Someone kindly provided mulled wine and goodies, then we went back down to Trentabank, using torches that weren't necessary on the ascent, to avoid stumbling.

The lights over Greater Manchester were impressive, even if my crappy photo suggests otherwise. 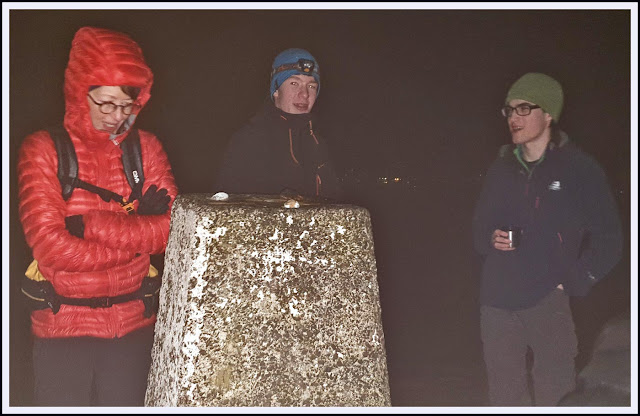 On Friday's excursion I was joined by Richard, who took this selfie on the summit. 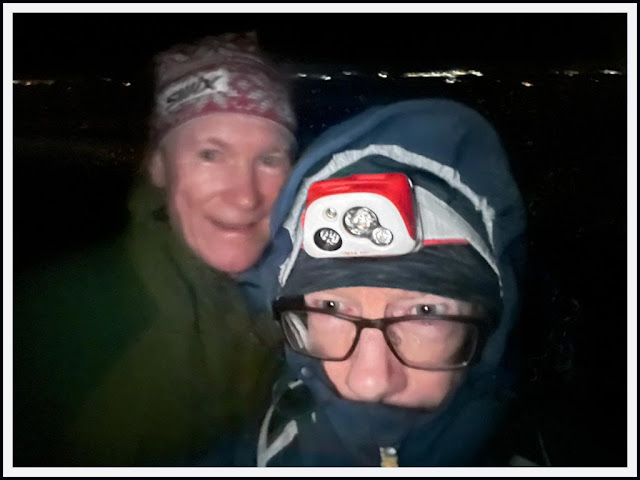 Graham, Gwynedd and Claire also came along, hampered slightly by Gwynedd's forgetting to bring a torch, which on this evening we used for the ascent as well as the descent. We half expected my nephew Toby to turn up, but he must have been distracted by new fatherhood duties. ('Hello Toby'.)
My summit pictures were all blurred. Apologies for that. Unlike on Tuesday, there was no evidence of anyone else on the hill on this evening, but there was a bit of drizzle on the ascent, albeit the view over Manchester was clearer this time.

Due to Covid, we missed our usual beers at the nearby Leather's Smithy and went straight home on both evenings, on Tuesday abandoning the car park to some disco ravers, and on Friday - in my case - after a few laps of the car park. Oops!

I haven't gone into more detail, as I've written about various trips to Shutlingsloe, many times before.

Hopefully, those who survive until next December will be able to enjoy a Covid free walk, preceded by a pub meal and followed by some welcome beers.