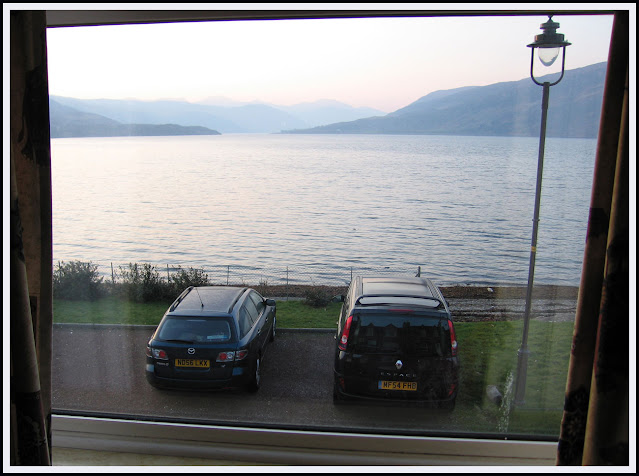 It dawned bright and clear, and not as windy as yesterday, so whilst Pam and Paul went up Quinag, the three old timers (Barry, Dave and Andrew) went for an amble on Cul Mor, and Julie, Phil, Sue and I drove to Oykel Bridge for a bike ride to Seana Bhraigh (Sue and Phil), and Carn Ban (Julie and me). 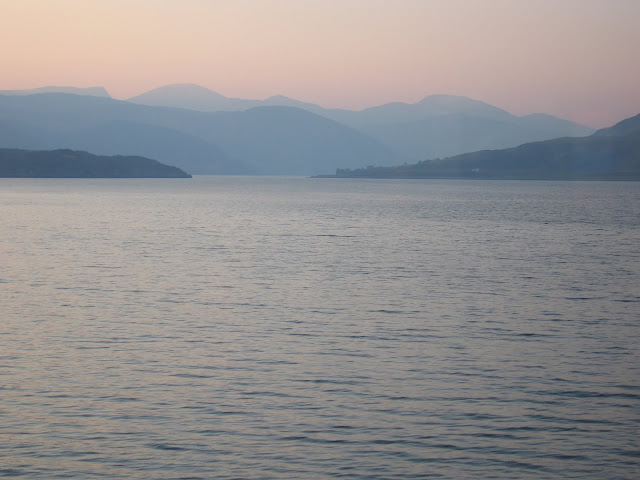 Julie proved to be a rather slow cyclist (I had reservations about many aspects of her bike that I won't go into here). Anyway we all cycled from a 10 am start (9 am from Ullapool), up Strath Mulzie. After a while some low cloud (high pressure cloud) that had blocked some views evaporated away to leave us in warm hazy sunshine for the rest of the day. 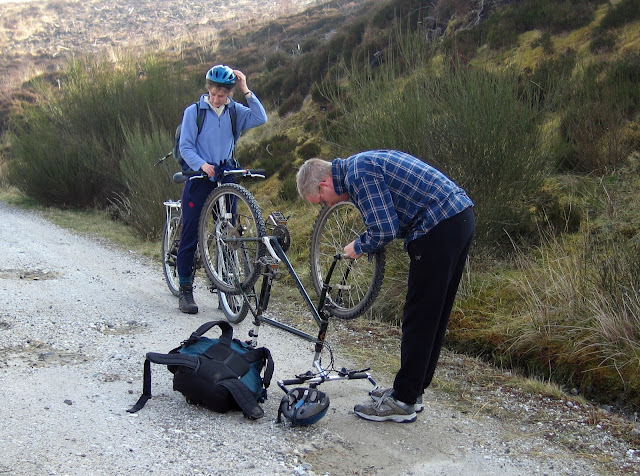 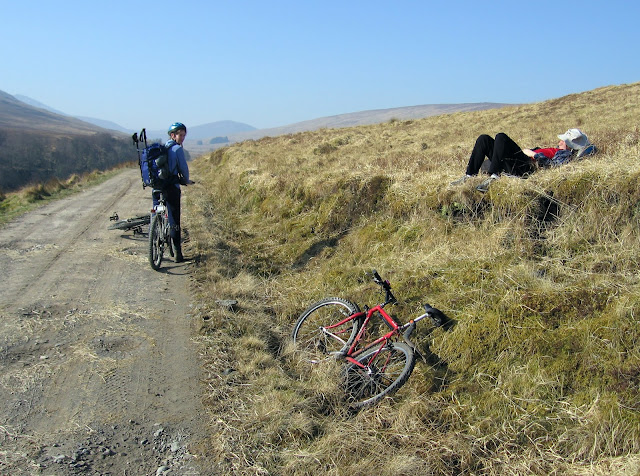 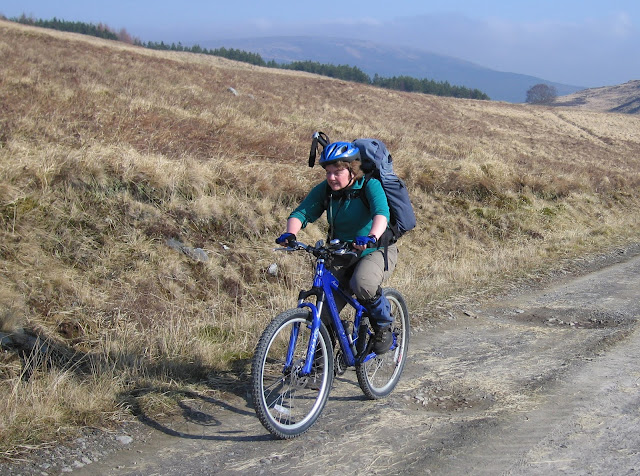 Click on any image for a better version or slideshow 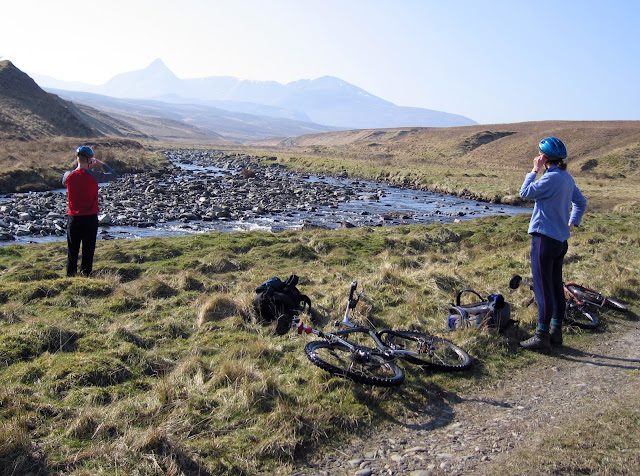 Only two thin layers of clothing were needed, even on the summit.

Sue and Phil abandoned their bikes at a big inflow to the , after about 12:20, and headed on up Seana Bhraigh. Julie and I crossed the river - I used the bike to avoid wet feet - Julie just sploshed across. 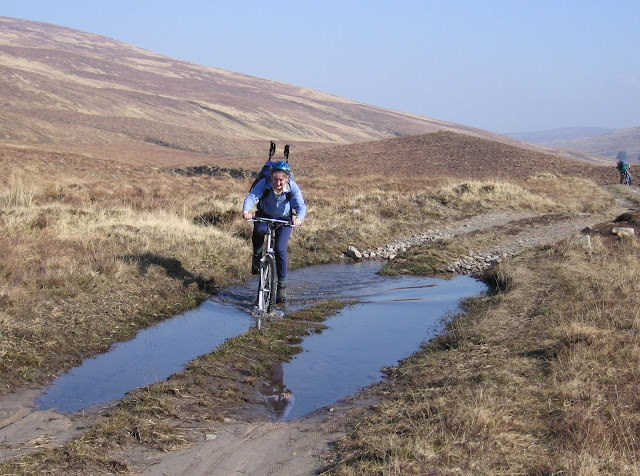 On the way up we had seen a group of six, who appeared to be walking out, perhaps from the bothy.

We continued on to a bothy by Loch a' Choire Mhoir, where the bikes had to be abandoned, but it had taken less than 3 hours for the 12 miles to this point. 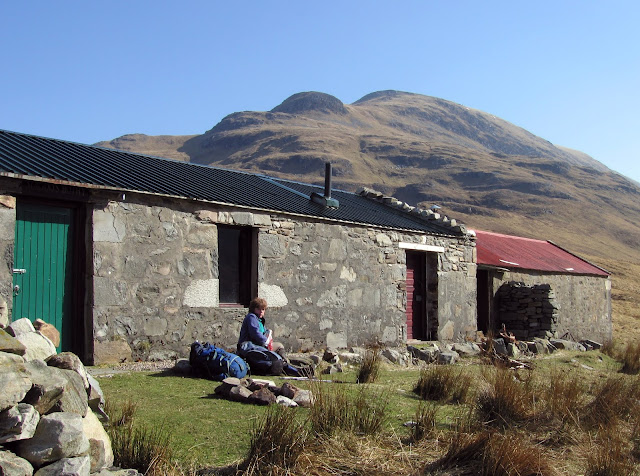 We lunched, then headed on up past frogs and a lazy lizard. 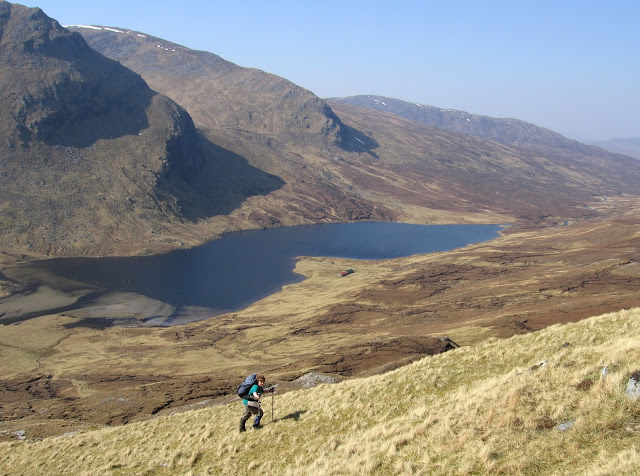 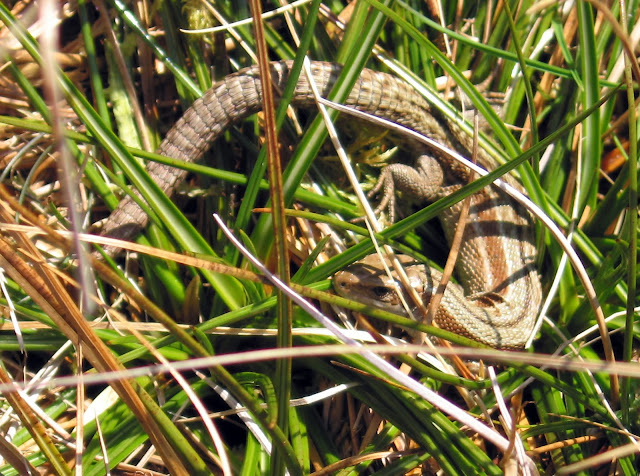 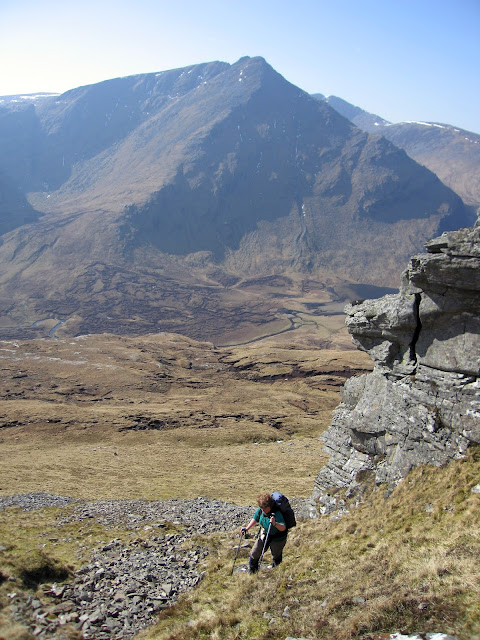 The view back to Seana Bhraigh 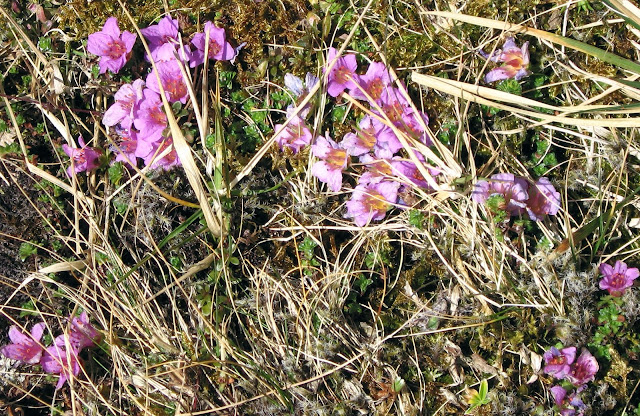 Panorama, with Seana Bhraigh (and Julie) 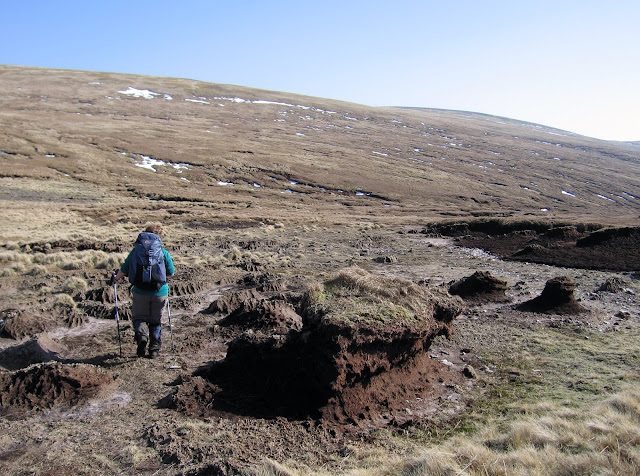 Around crags etc, a 450 metre steep ascent that took 1¼ hours. At the top of our main climb we got a call from Sue - they were on Seana Bhraigh summit. We still had 2 km to go.

Make that 3 km - we went past strange peat haggy things - to the wrong summit. After retracing to the correct place (checked by GPS) we lazed for a while, then at 15:30 we started down the hill. 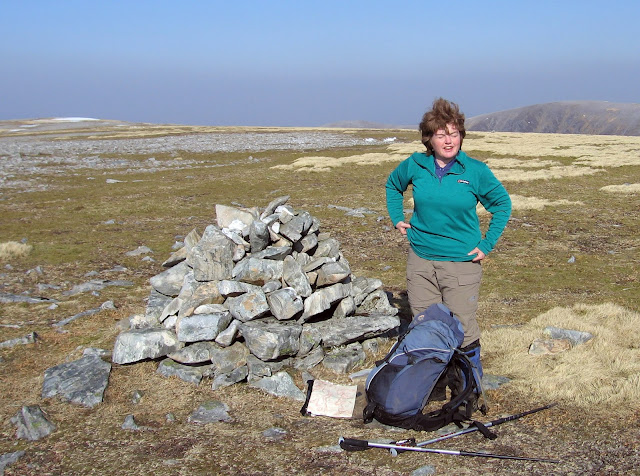 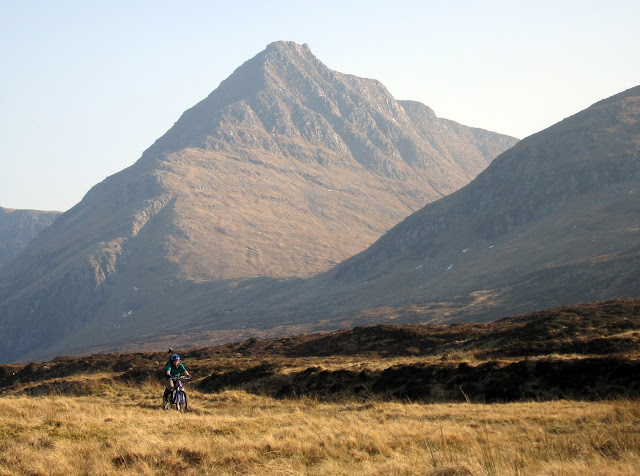 Back at the bothy by 16:45, then a further 2 hours back to the car on the bikes. (A bit longer for Julie, who went the wrong way!)

It was a beautiful evening and had I been driving back there would have been frequent photo stops. But the old timers had the Espace, and by the time I stopped Julie it was almost too late. 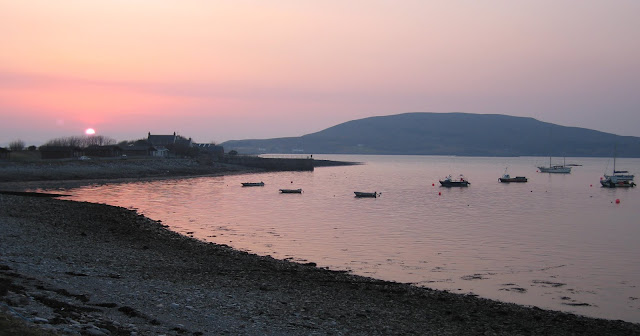 Wildlife up high included a number of unidentified birds and geese, and a pair of wagtails. Lack of cycling shorts made for a sore bum.

Mishaps on the ride were minimal, just a few chain incidents.

A quick shower then a slow seafood platter at the Argyll finished a good day. 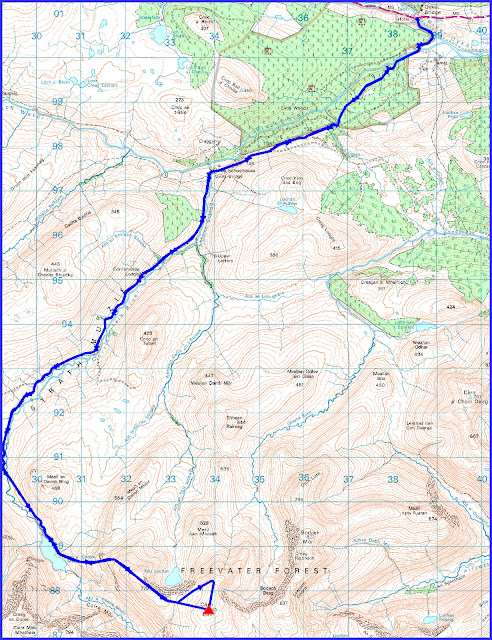 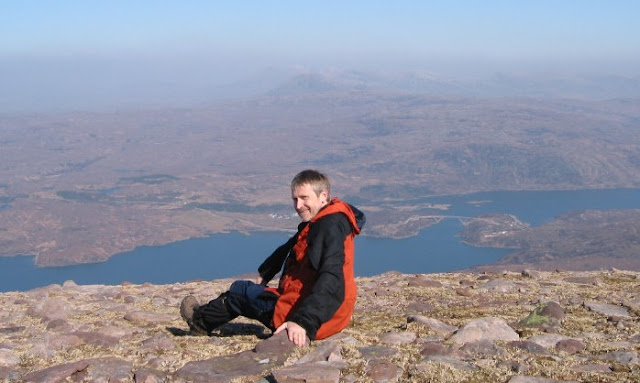 Meanwhile, Paul and Pam enjoyed the views from Quinag
Next Day
Posted by Phreerunner at 16:41