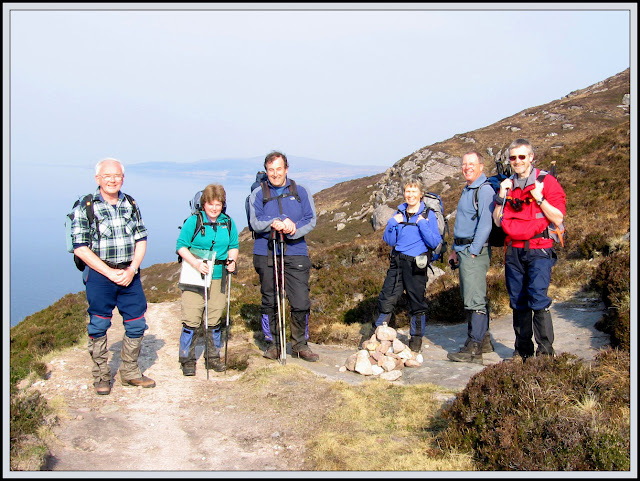 With a poor weather forecast, and Sue and Phil leaving today, we had more sausages (Olde English - the Black Pudding ones had a bad effect on Dave yesterday) before all seven of us (in two cars - sadly the two extra seats for the Espace are at home) went on quite a long drive to Badrallach via Dundonnell on another lovely sunny day, if hazy.

Lots of sheep on the road. 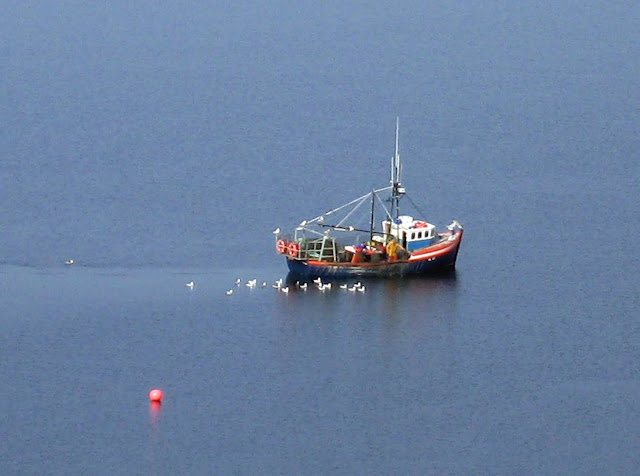 We enjoyed a there and back walk to the jetty at Scoraig - a place with no services but with 70 inhabitants. It was a very good path to this crofting community that is about 5 miles from the nearest road (or a quick boat ride).

We chatted with a crofter with a long white beard. He was going to plant some early potatoes. Met a couple returning from visiting their mother.

Nice long tea stop on a warm rock. The crofter was pleased about the muddy path now having turned dusty. Green spotted beetles crawled along the path. 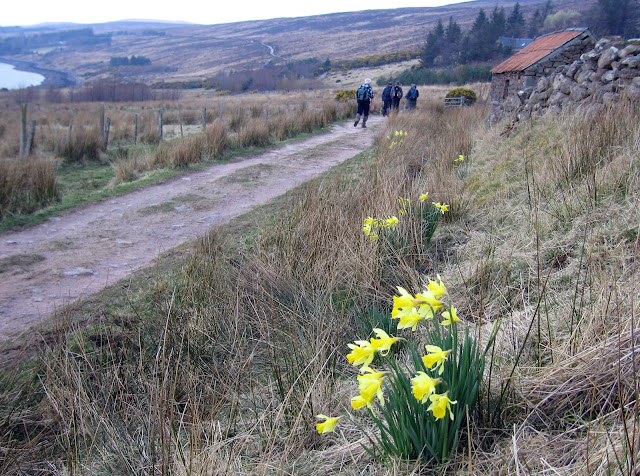 The Old Lighthouse had been moved to Scoraig, displays placed inside, and a new bench made of bricks with input from each member of the community. Excellent. 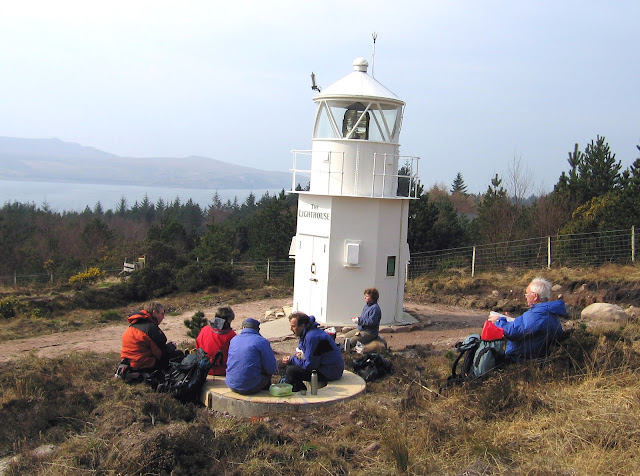 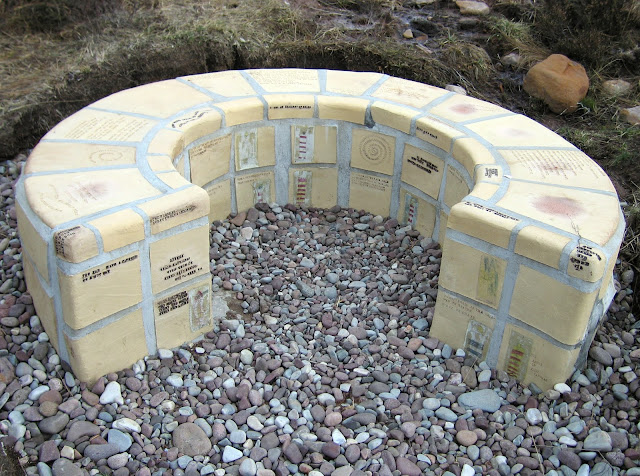 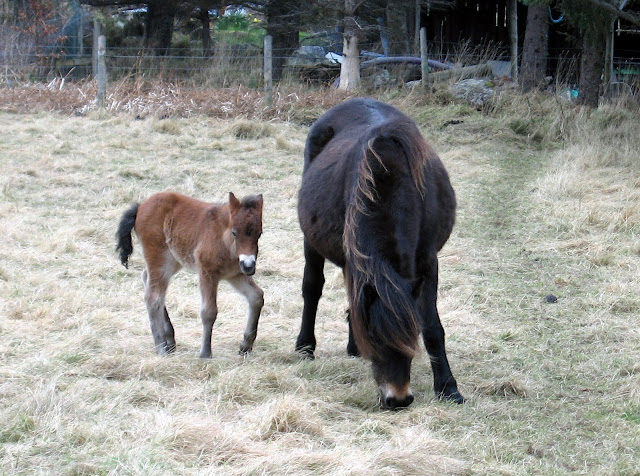 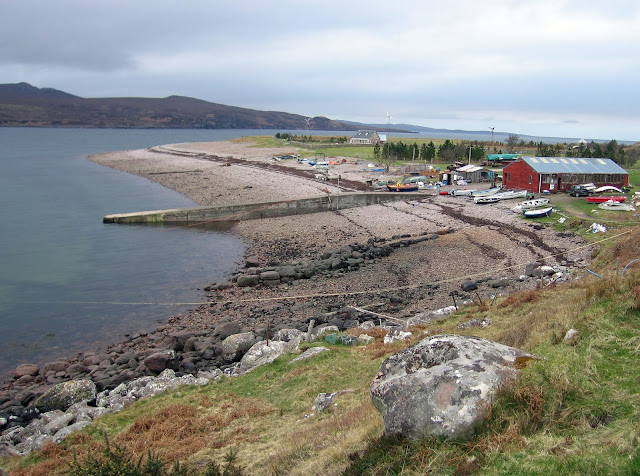 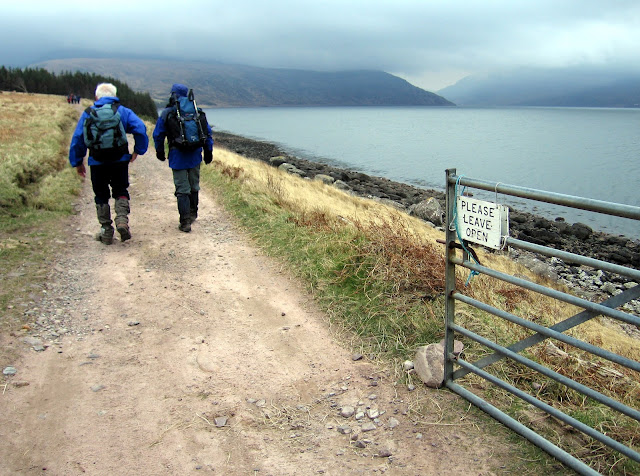 Dave and Barry experience a rare bout of obedience! 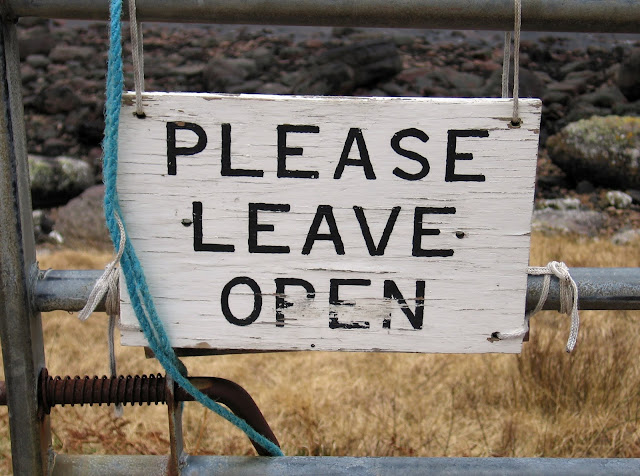 Light rain on the return walk, later than forecast, was the first of the week.

I boosted the local economy by buying 'Hostile Habitats' (a newish book but already scarce to obtain) [there's a 2018 edition of this classic tome - Ed], and 'The Everest Boys' (Bonington's era of Everesteers), before being banned from the kitchen whilst Dave made tea (heated soup, pasta carbonara, fruit salad) which was excellent.

But then football.on.TV took over, so Andrew and I escaped to Pam and Paul's abode and watched the first 'Apprentice' programme of the current series. 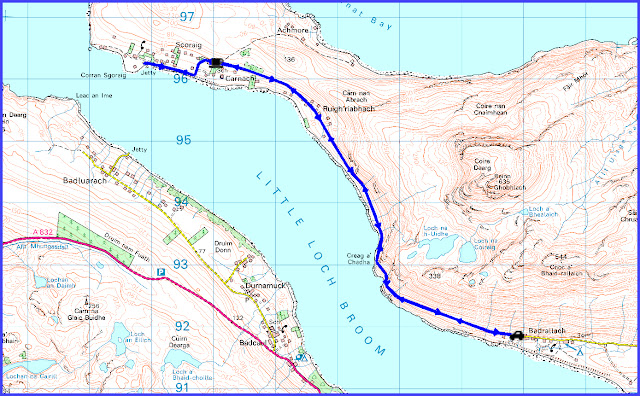 Next Day
Posted by Phreerunner at 12:27