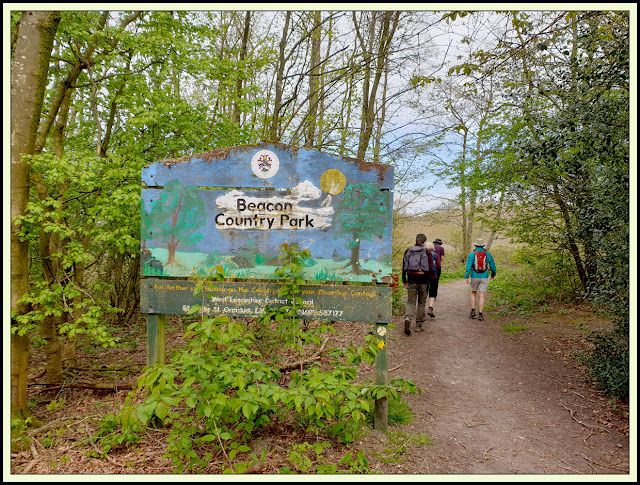 Enticed by continuing blue skies and an invitation that we couldn't refuse, Sue and I met up with Keith and Carol, and Richard and Jenny, at Parsonage Brow, next to an entrance to Beacon Country Park.

We made our way to Dean Wood, passing en route this delightful property. 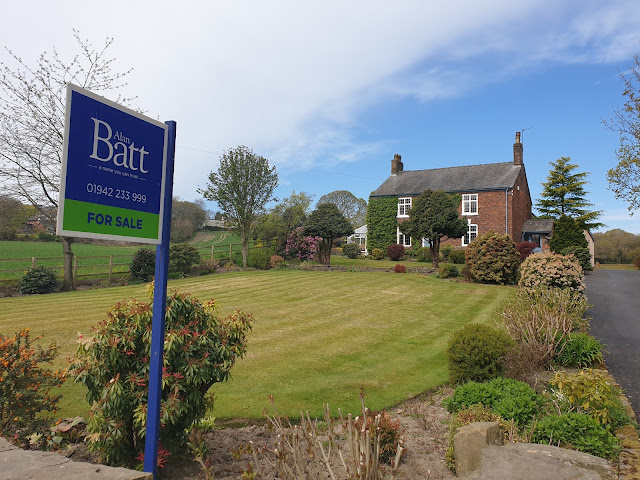 Yours for just £750K plus the cost of a sit-on lawnmower!
A path through the golf course led us down into Dean Wood, where the Wood Anemones are flourishing. 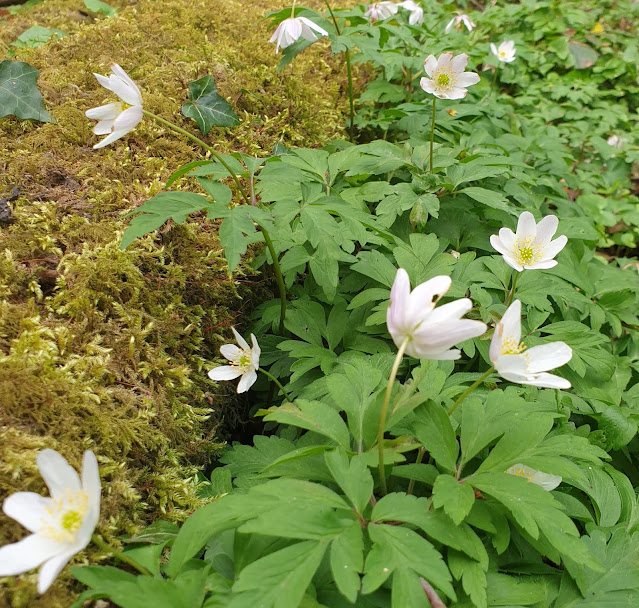 According to what I've just heard on Countryfile, Wood Anemones spread, via their root systems, at a rate of about six feet every 100 years. That makes this woodland at least 400 years old. It's also home to vast numbers of Bluebells and Lesser Celandine, as well Ramsons (Wild Garlic) and many other species. 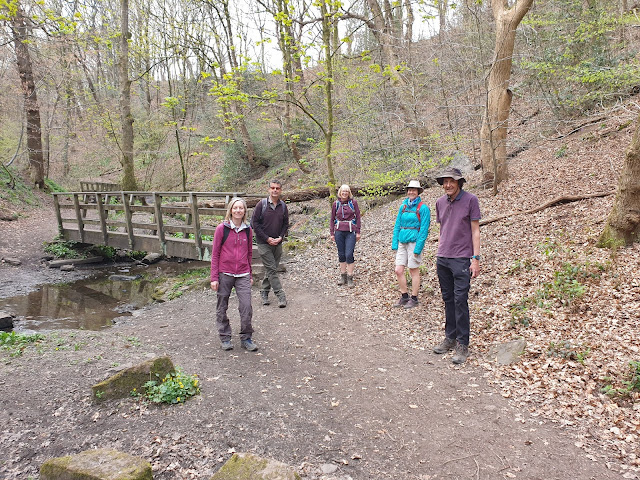 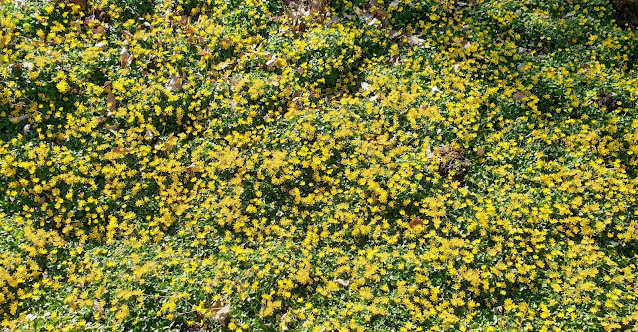 Soon after elevenses beside a carpet of Lesser Celandine, and before reaching Roby Mill, we passed a garden that is set up as a much more comfortable spot for elevenses - if you can avoid the attention of the local crocodile! 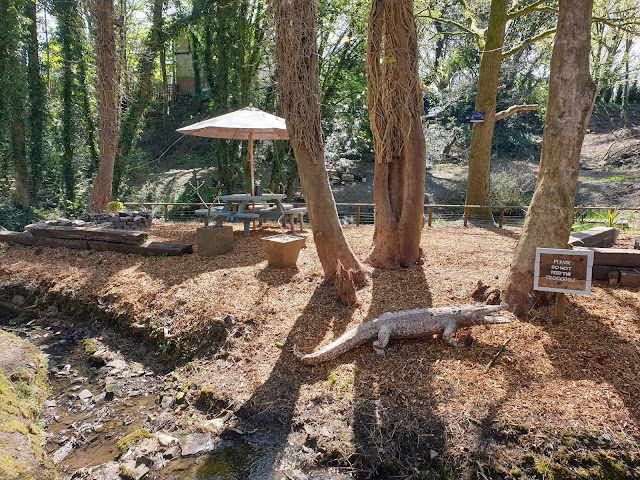 More pleasant paths took us from Roby Mill towards Ashurst Beacon, past some stunning clumps of Dandelions, a good view to Winter Hill, and hedgerows full of Yellow Archangel. 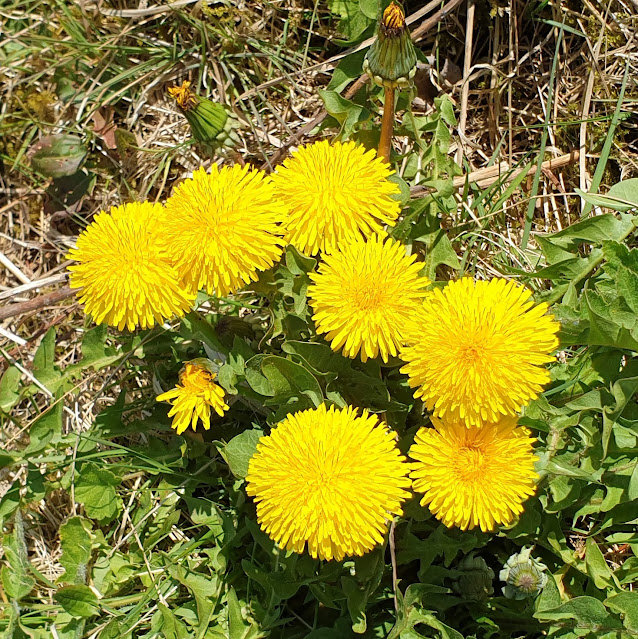 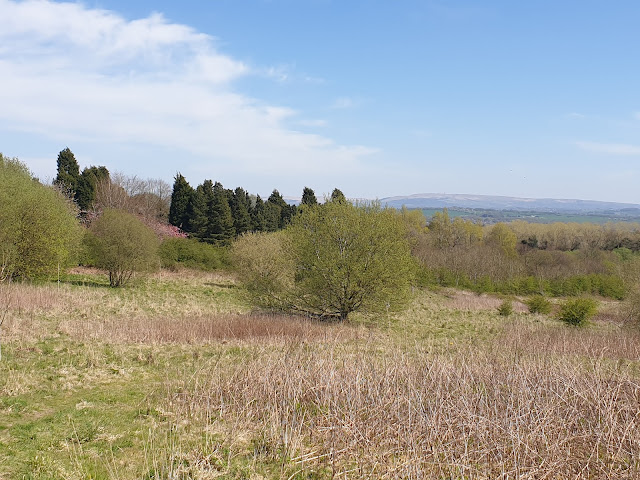 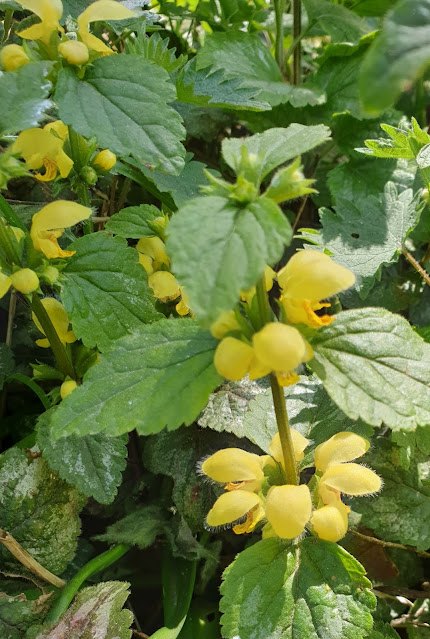 Even the Daffodils were still flowering in huge numbers in one spot. 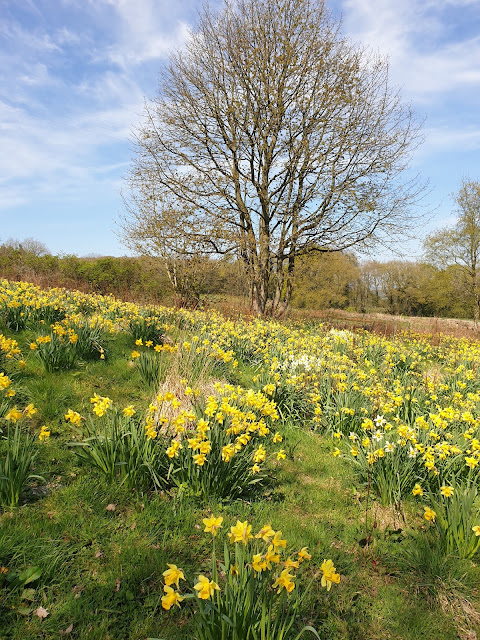 We quickly established that the wood shown in the next picture is far from ancient, as it must have grown after the now useless orientation plaque was placed near Ashurst Beacon. 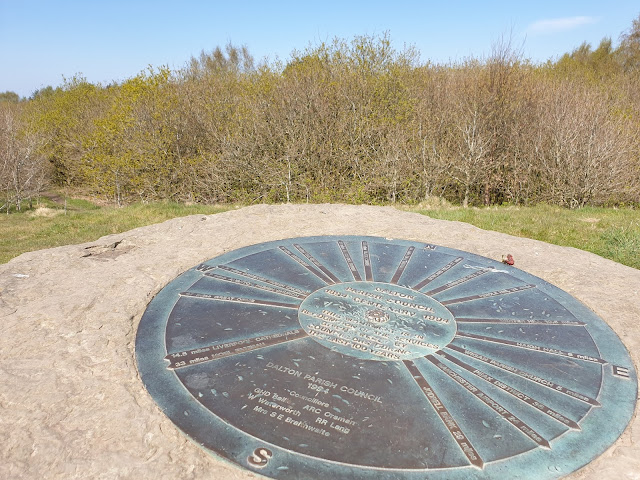 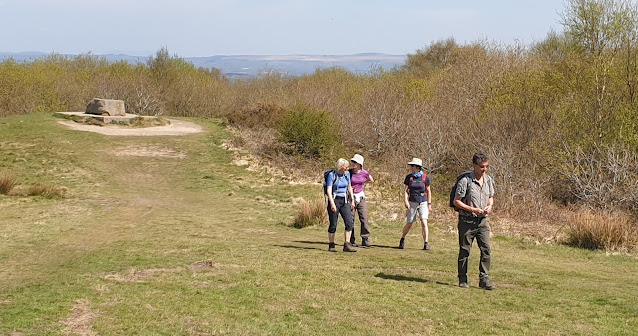 We lunched at the Beacon, at 173 metres the high point of this walk, and according to bagger Keith, it's a 'Tump'. In my book it's an 'Other' hill. 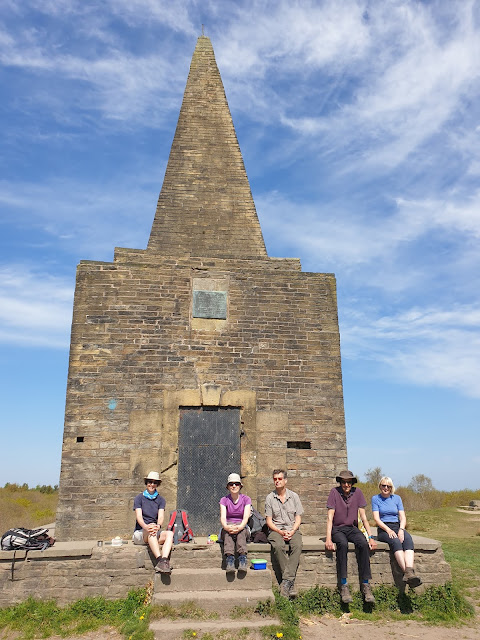 The beacon was built in 1793 by Sir William Ashurst as one of the Lancashire Beacons that would be lit as part of an early warning system in the event of invasion. More recently the area has attracted attention from the Lancashire Wildlife Trust, who are attempting to control the spread of tree cover in order to preserve ancient grassland habitats.
As we strode away, duly refreshed, from the Beacon, my phone and Sue's phone bleeped to indicate an unexpected WhatsApp photobomber on our walk. How did the next two pictures manage to enter my photo gallery just seconds apart? 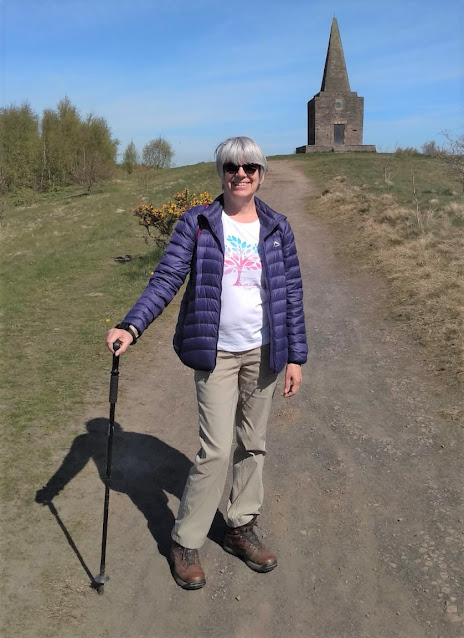 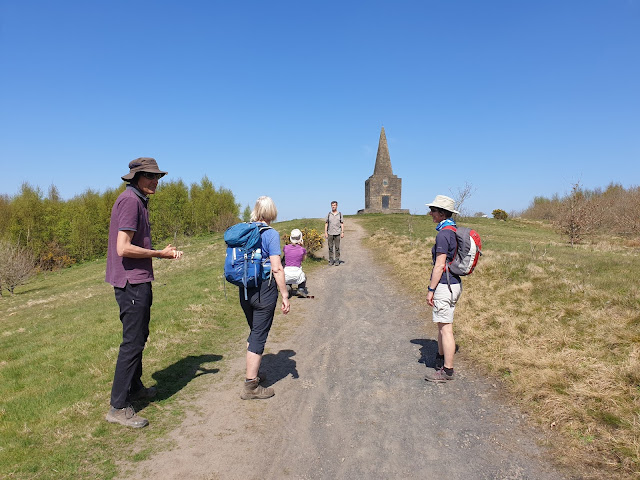 From here it was a short stroll back to the cars using a choice of paths through Beacon Country Park. On the way we couldn't help stopping at the Club House for ice creams and coffee, where they were very friendly even if they had taken the picnic tables away. 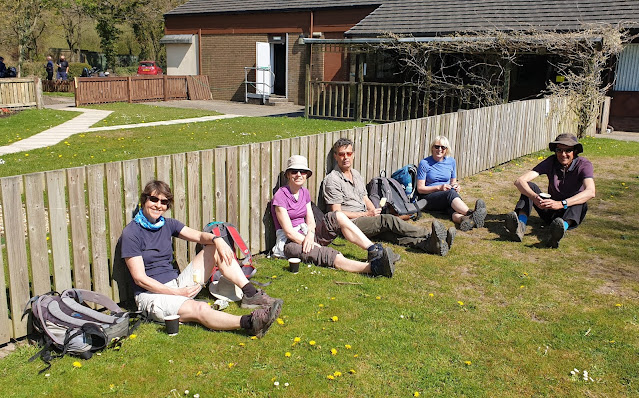 We were supposed to be able to see many distant landmarks from the Country Park near here, but even the fairly close Welsh hills were almost obscured by the haze that seems to be increasing in the current bout of fine weather.

Here's our route - about 13 km with 250 metres of ascent, taking us over four hours, including three breaks. 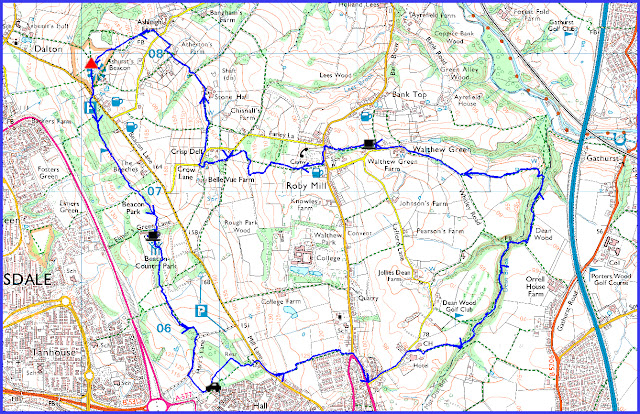 Thanks to Keith for cleverly devising this excellent route and managing to fumble lead us along it. And congratulations on his half marathon efforts today, Sunday. (1:58:19, beating his two hour target.)
Posted by Phreerunner at 21:48

Some nice mellow yellow flower pictures there.
Don't forget - 'It's grim up North' this Friday.