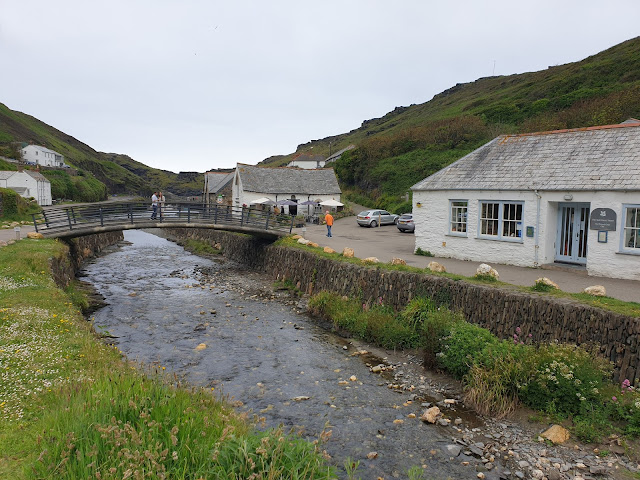 Sue and I drove to Boscastle and parked near the doctors' surgery. We then ambled down to the harbour via the site of the twelfth century Bottreaux Castle that gave the town its name, and set off on the coast path. It was overcast with low cloud; trying to rain. Failing.

Sue continued in her bid to be granted a diploma in horse whispering. 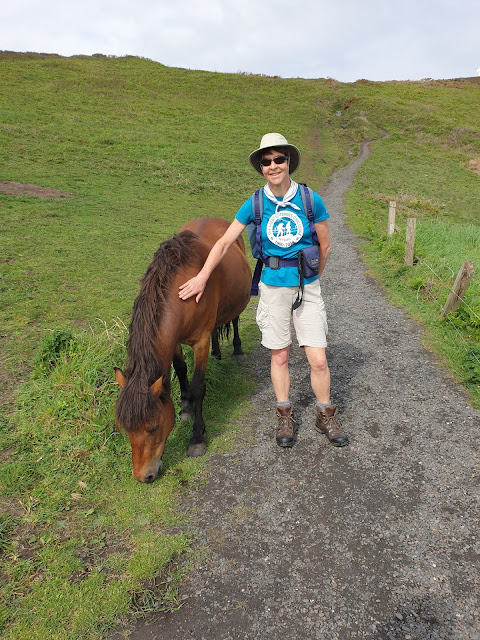 We admired the views whilst chatting to a girl we'd seen yesterday on the coast path. 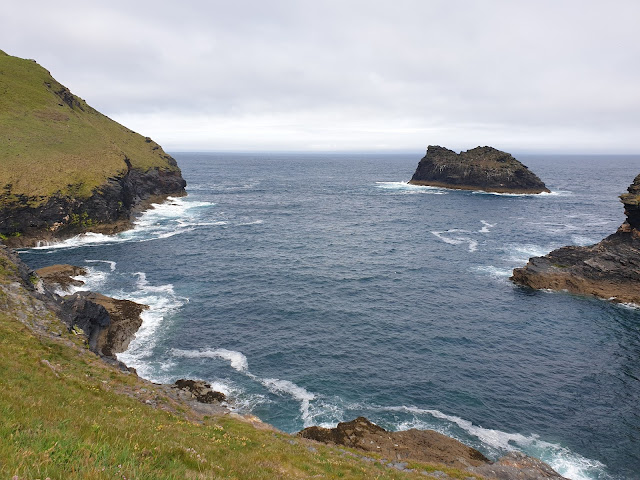 Various birds posed for us. I'll try to post photos and clarify identities when I get home. Easier to identify is the coastguard station on the headland by Boscastle. They were scanning the sea for signs of the Russian submarines that are spying on the G7 summit being held today in St Ives. 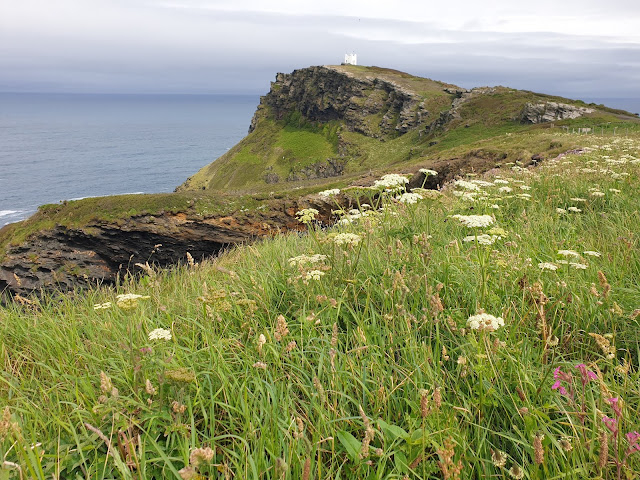 There are many rocks strewn around the landscape of this coast. This may be Grower Rock, with Meachard in the distance. 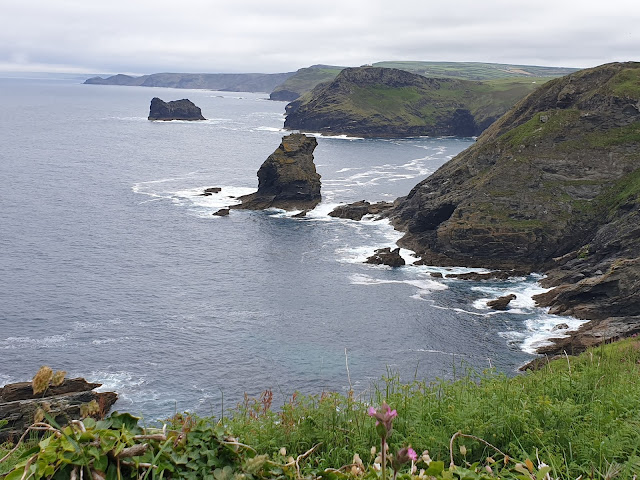 Elevenses were taken early today. On a bench with a fine view. 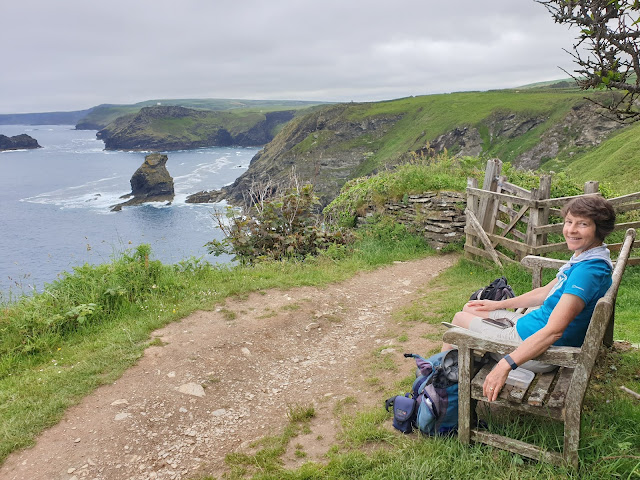 At this point a lady backpacker (B&B rather than wild camping) appeared. We stayed near her all the way to Tintagel, catching up at one point when she became terrified by a few cows. Our resident cow whisperer soon sorted them out and eased the rigour of our erstwhile companion. 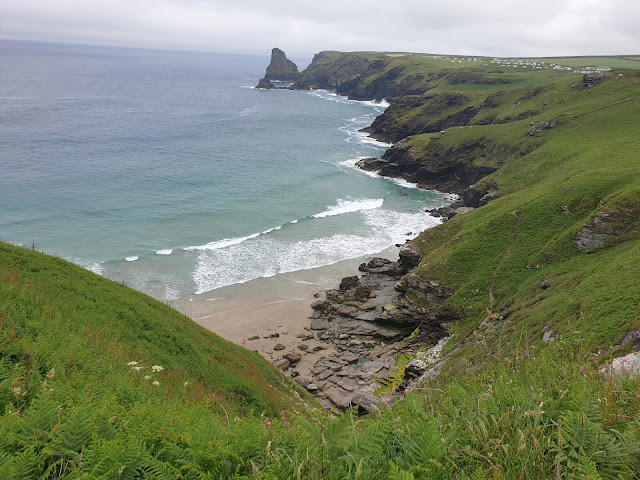 We left the coast path by Bossiney, on the outskirts of Tintagel, and soon found ourselves amongst crowds of folk on a path to a waterfall in St Nectan's Glen. We chose not to spend £5.95 each on viewing the waterfall, which judging by the low level of the 'river' may have been less than spectacular. We'll never know! 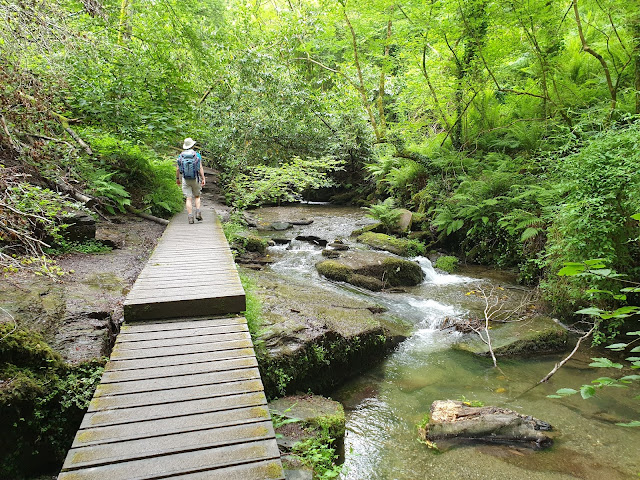 Anyway, we found a fine, brand new, picnic table for lunch, featuring last night's left over sausages and, at last, some very tasty crisps.
After that, a good path led up the valley and on to Treweens Farm, but the section from there to the Minster Church was largely through fields of crops where no effort had been made to maintain the stiles, which were horribly overgrown, or to acknowledge the existence of the field paths. 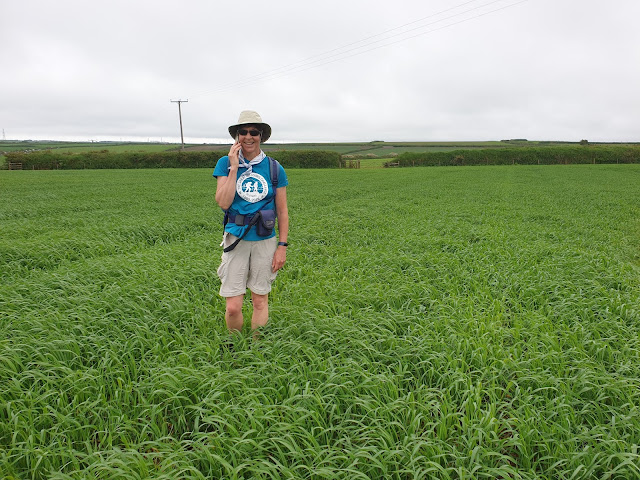 (Sue was on the phone to her mum, not the footpath preservation society.)
Once we reached the church, an ancient place of great interest that I may relate to you later, the paths through the National Trust woodland were excellent. 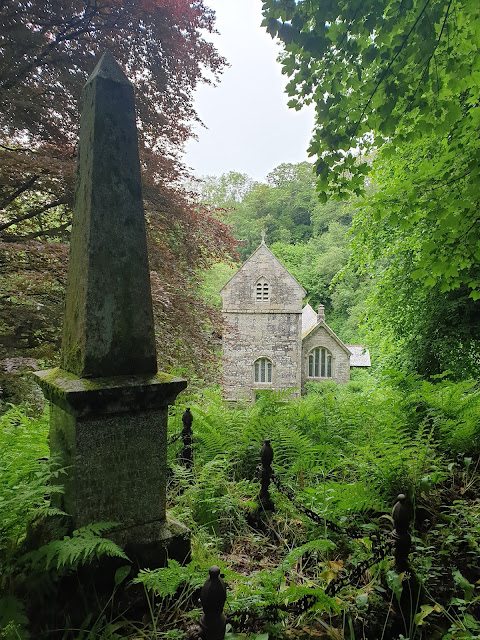 We took a path that crossed the river by way of a footbridge before Newmills. Hard to believe that this was the conduit of serious flooding just a few years ago. 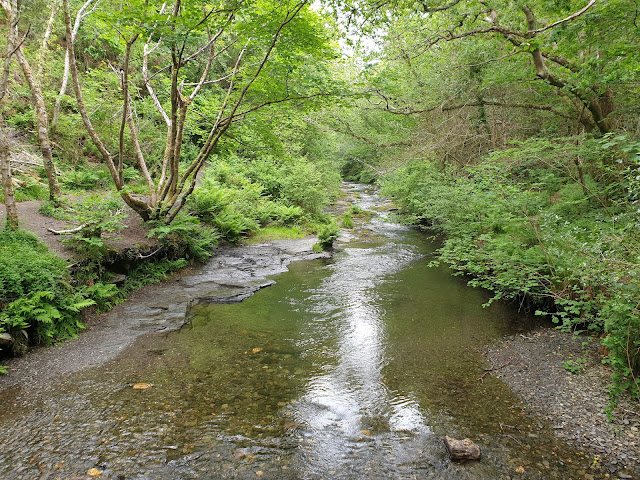 Stepping stones soon led us back across the river and on along the path up Jordan Valley as far as a path to the main road and our car.
Here's our route - 21km in less than six hours. 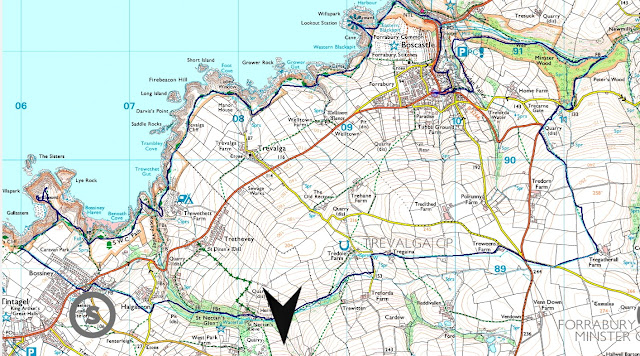 We are enjoying reading about your trip Martin.

Thanks Alan, we will be home on Sunday and I'll find out what my 'blogger mates' have been up to...