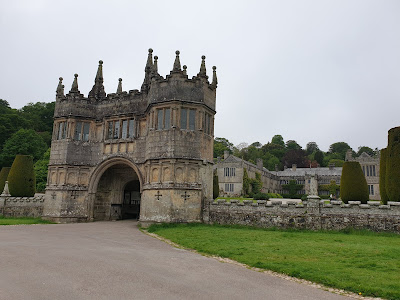 On an overcast day with occasional light drizzle, Sue and I met up with Jacqui and Fern at Lanhydrock House, the entrance to which is shown above.

Some time later, we had thoroughly explored the gardens, which extended from a neat walled flower bed to a long stretch of woodland with lots of rhododendron. 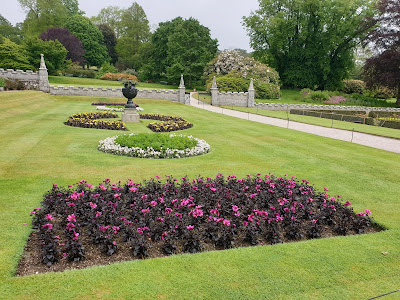 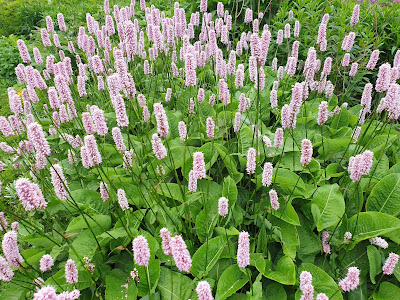 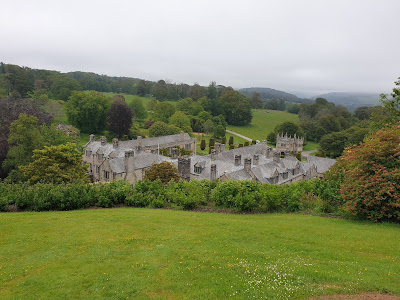 After a tour of the impressive kitchens, and coffees in the courtyard, Fern went home and the three of us took an 8km stroll around the Lanhydrock estate.

Lunch was taken near the River Fowey, where a fine old bridge, Resprin Bridge, supports the narrow road. 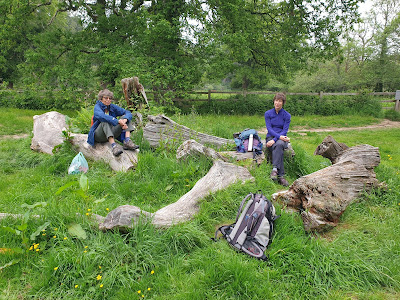 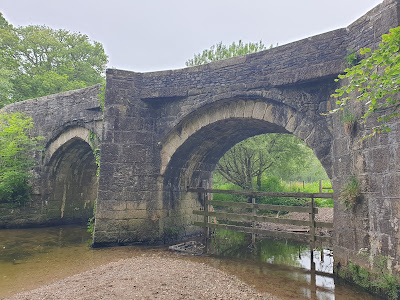 We stayed dry, despite occasional light drizzle, perhaps thanks to the substantial tree canopy. 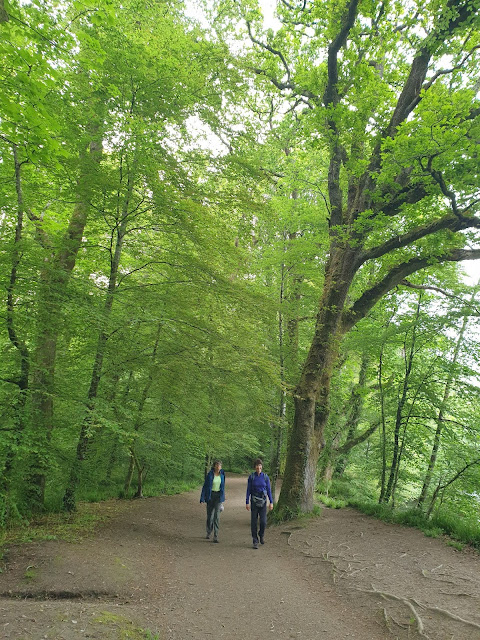 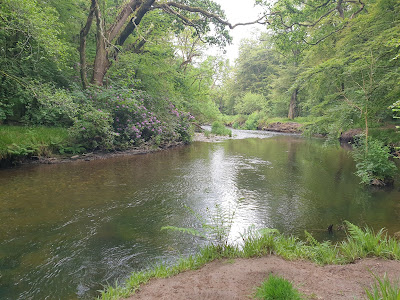 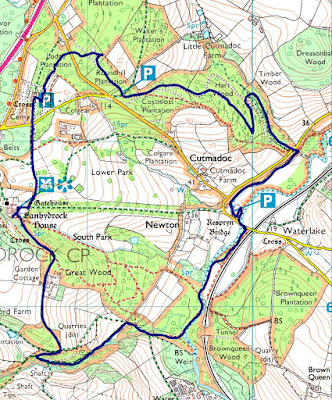 Sue and Jacqui generously queued for a tour of the house - rebuilt after largely being destroyed by fire in 1881 - whilst I was serenaded by a pair of pheasants. 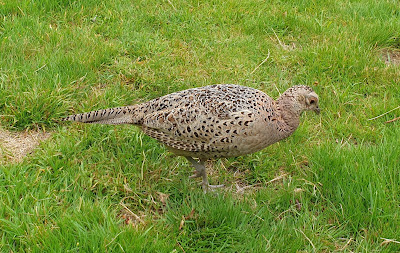 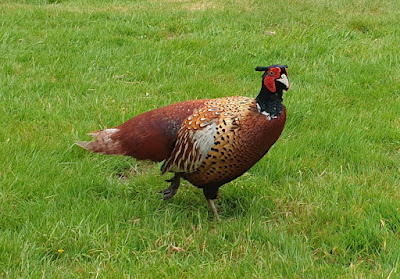 The tour was interesting - a fine old house with some very rare books. Well worth a look around, and what a tremendous place in which to have lived!

This evening twelve of us were supposed to be meeting at a restaurant in Wadebridge, but that was cancelled at the last minute due to a power cut. So Sue and I were joined by Andrew, Dave and Betty (now known as 'Lilibet') for a good meal at our local pub, the Mason's Arms. The others ate spag bol etc at home. 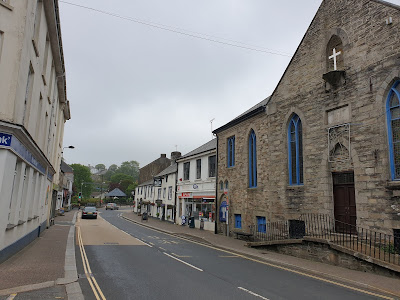