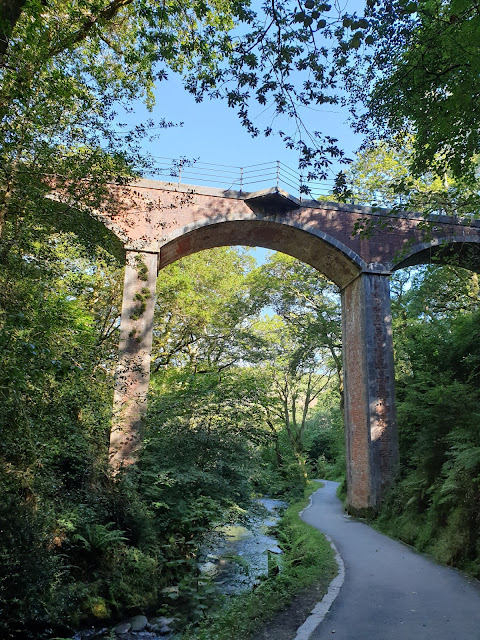 An hour's drive to Dolgoch, and £4 in a machine for parking, then we set off on a 50 minute circuit of Dolgoch Falls, starting near a viaduct that houses the Talyllyn narrow gauge railway. 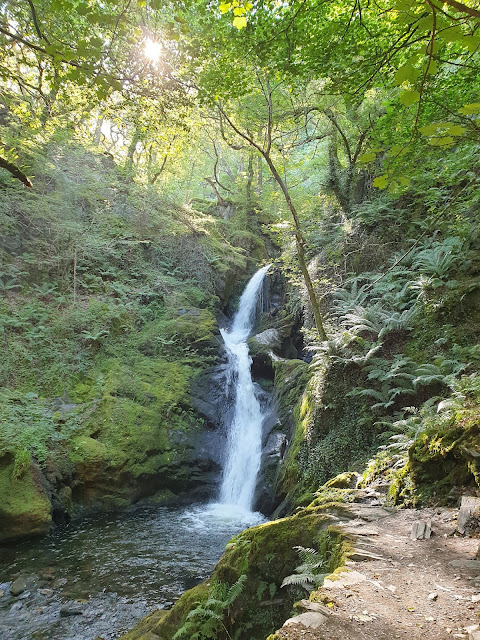 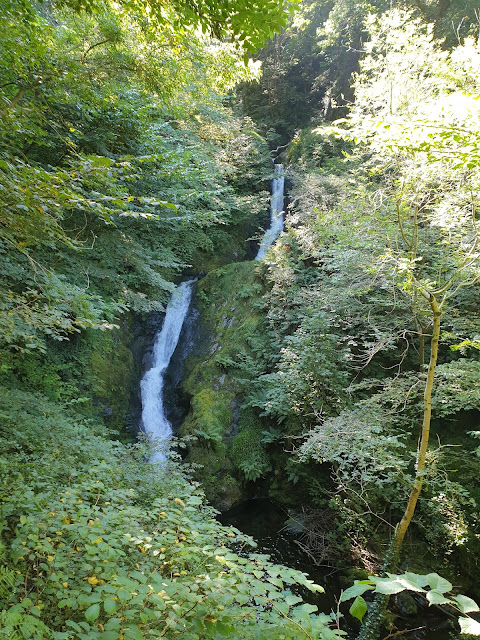 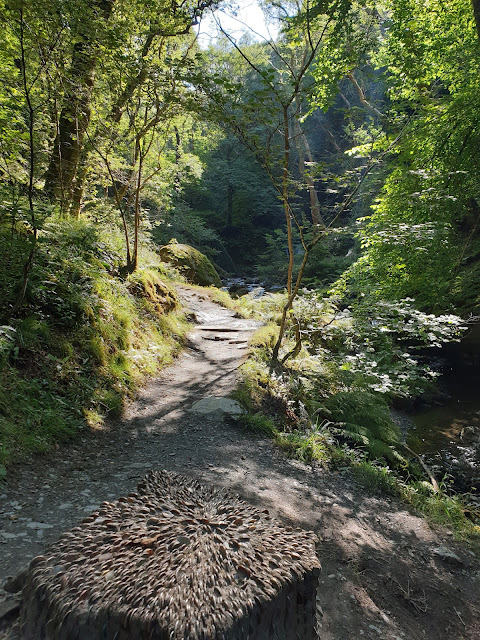 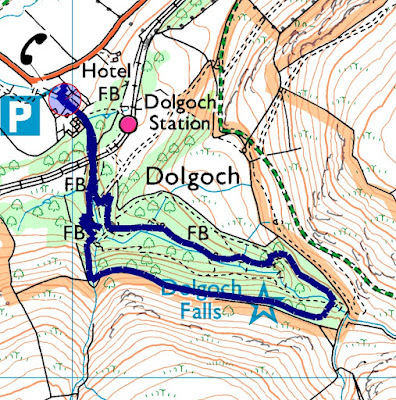 We were back down and outside the café by 11:00. By a convenient coincidence that was when the café opened.
Cappuccinos and cake. Yum.
Then we set off towards Birds' Rock, initially by way of field paths armed with new metal gates. These seem much simpler and just as effective as the new metal kissing gates that are rampant in Cheshire. 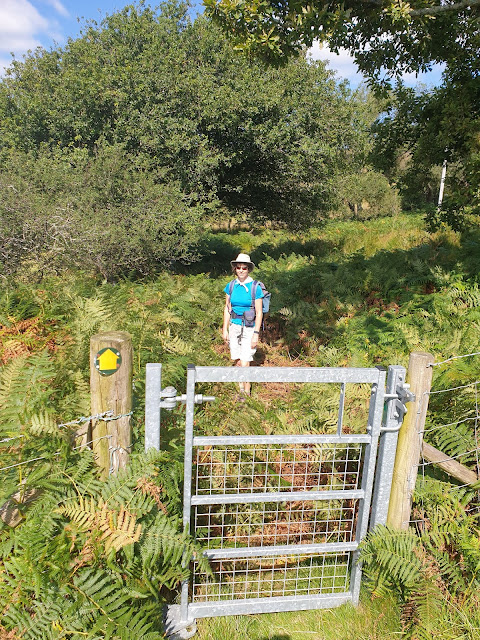 Birds' Rock came into view when we reached a road after descending through a lovely wood full of sessile oaks. The main summit is the distant one to the right. 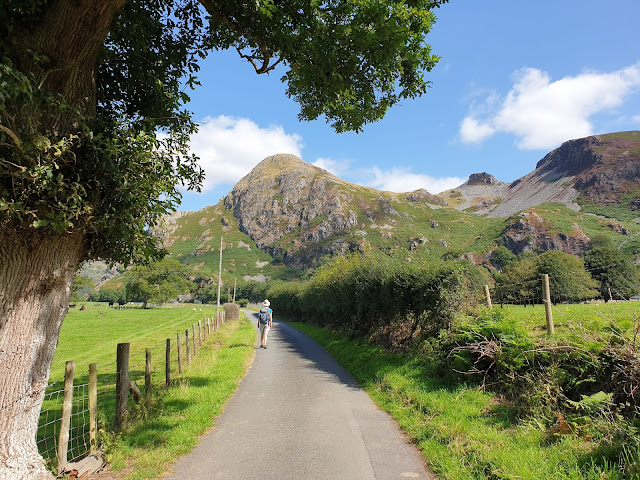 A short road walk got us to a bridge over Afon Dysynni, from where an embankment led us in 1.5 km to a convenient lunch bench. 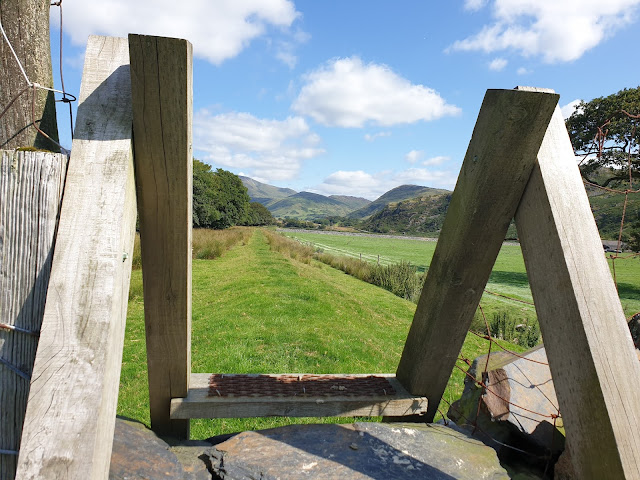 Here are two views from the lunch bench. 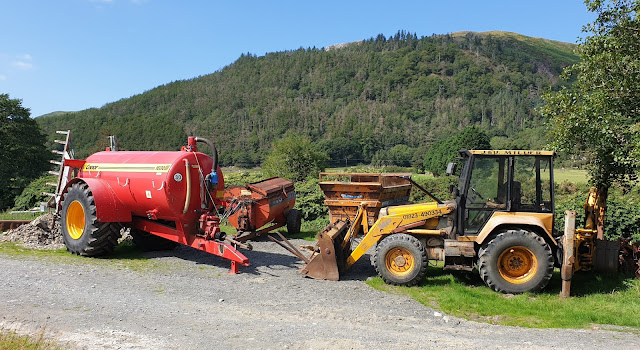 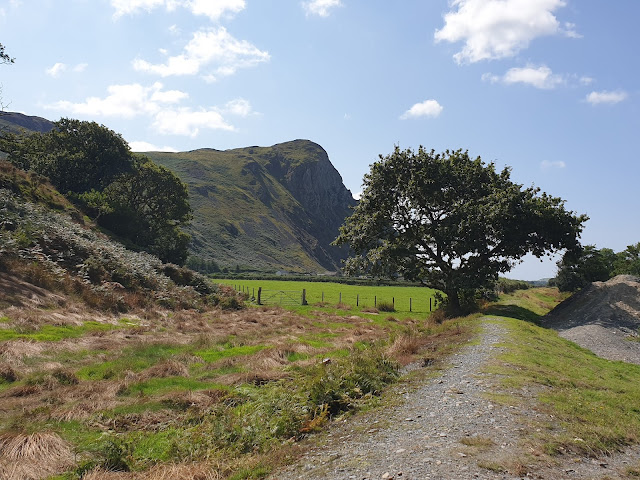 Then the ascent of Birds' Rock, the lower north west top pictured above, took us first to the neighbouring and rather higher (258 metres) summit with fine views - the next picture being roughly towards Cadair Idris. 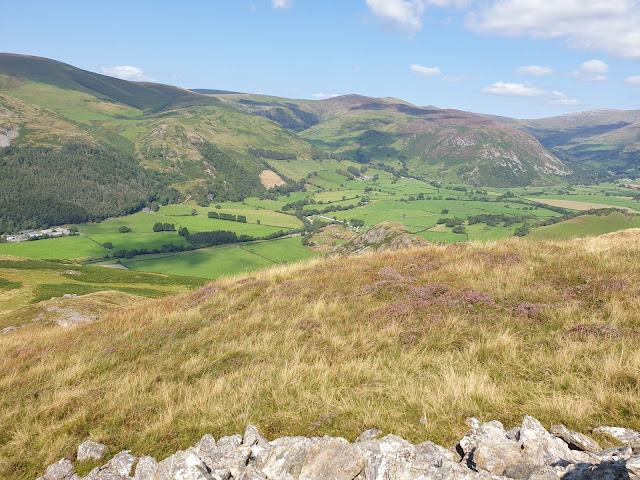 That 258 metre peak is in the background of the next picture, taken on Birds' Rock NW summit a little later. This lower summit is the more popular one, with a good path up it from the campsite below. 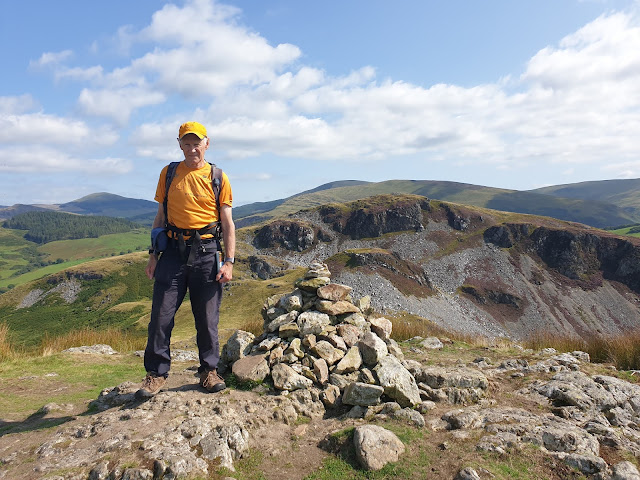 Whilst flying ants and ghosts of Iron Age hill fort people inhabited the summit, we admired Choughs, Cormorants, and a Red Kite taking advantage of the thermals.
More lovely views. 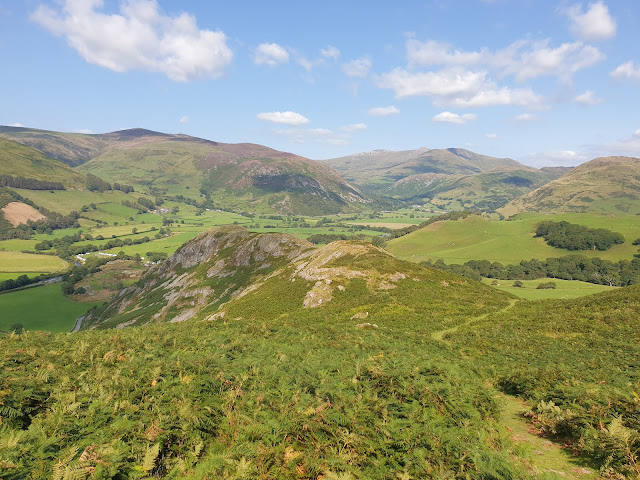 The return to Dolgoch included another section through ancient Celtic Rainforest. 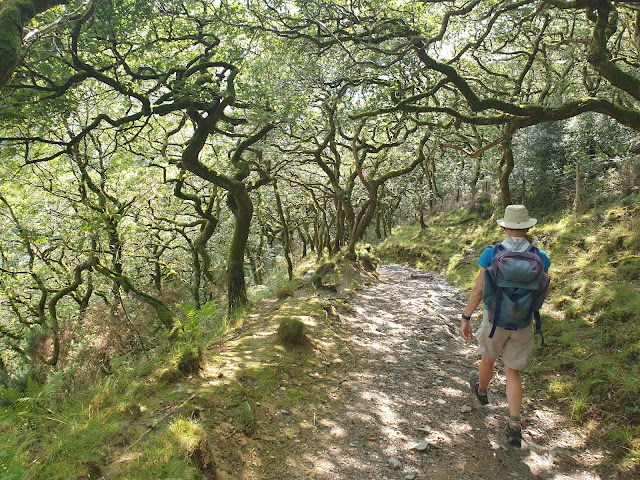 Here's our route, starting from the car park at the foot of the map, and heading in a clockwise direction - about 13 km with 500 metres ascent. A superb day out. 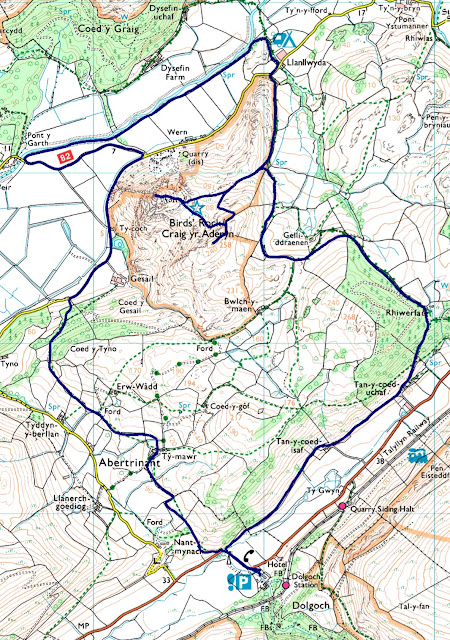 At 8p a minute that would have been expensive, except that the falls appear to have been well worth a visit - they would be even better after heavy rain. Good to hear of insects even if they were bothersome, there aren't many about these days, I rarely get them on my car windscreen.