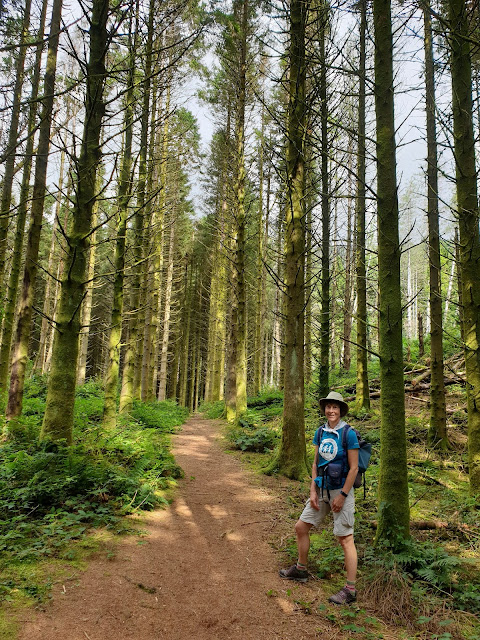 We visited the Precipice Walk earlier this year. The 'New Precipice Walk' is nearby and a walk that incorporated it was today's choice.

After parking in the Cymer Abbey car park near Llanelltyd, we strolled through the village and up some steps that led quickly into a dense forest, pictured above.

Soon we reached the pretty waters of Llyn Tan-y-graig, a reservoir that used to supply drinking water to Llanelltyd. 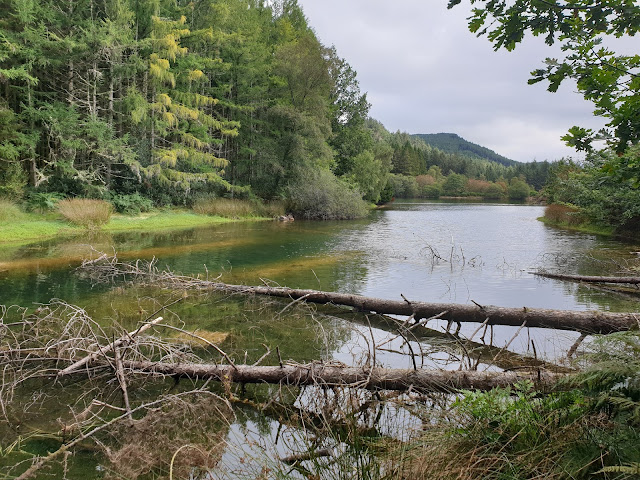 Beyond this, the path rose again, leaving the forest near some ruined buildings. 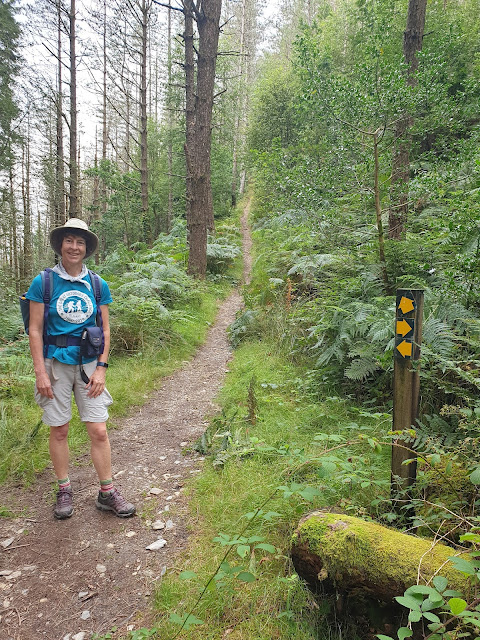 We were then on the New Precipice Walk, which turns out to be a few hundred metres of a disused tramway that used to service the Voel gold mine - one of many such mines in this area, the last of which closed in 1998.
The views from the contouring tramway are superb. 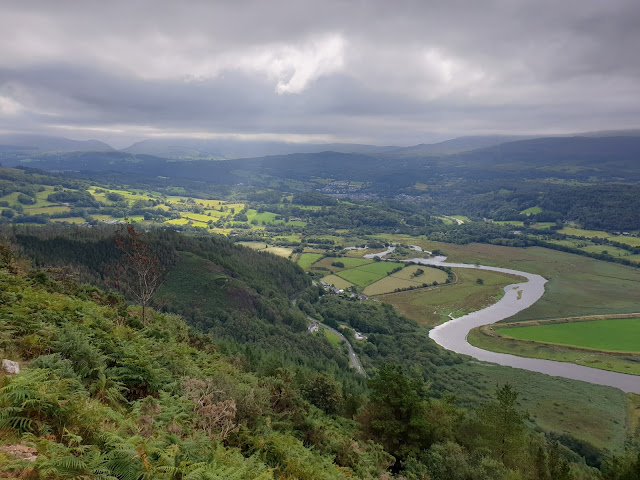 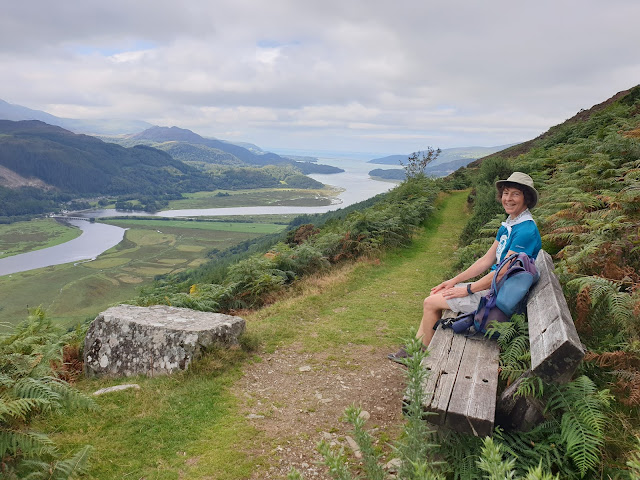 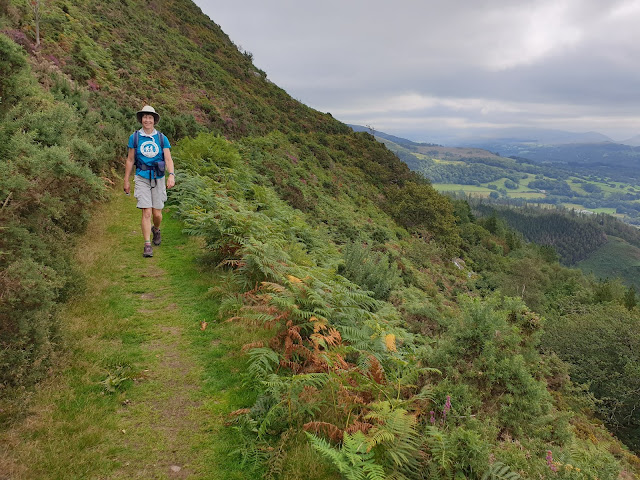 After pausing for elevenses and collecting some tasty looking puffballs, we continued a little way before climbing steeply through a mixture of Ling and Bell Heather to reach the 328 metre summit of Foel Ispri, below which Sue posed at a trig point. 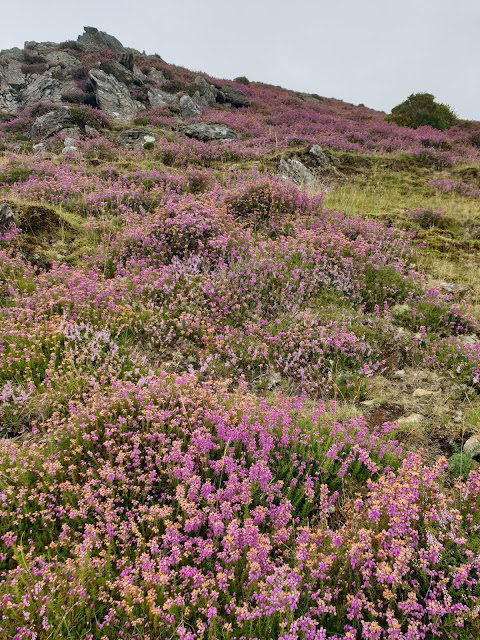 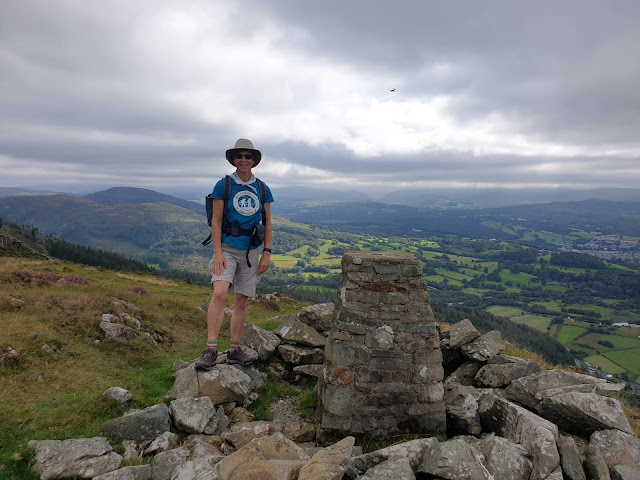 The walk continued through fine countryside with a break for lunch and hardly anyone around until we chatted at length with a resident at Cesailgwm-mawr.  We mused in disbelief regarding reports of queues of 45 minutes to reach the summit of Snowdon!
After a while another delightful forest path led through the RSPB reserve of Coed Garth Gell, a rare area of Celtic Rainforest.
Then we enjoyed an episode whereby we were befriended by a lovely young dog with huge ears, Bindra. 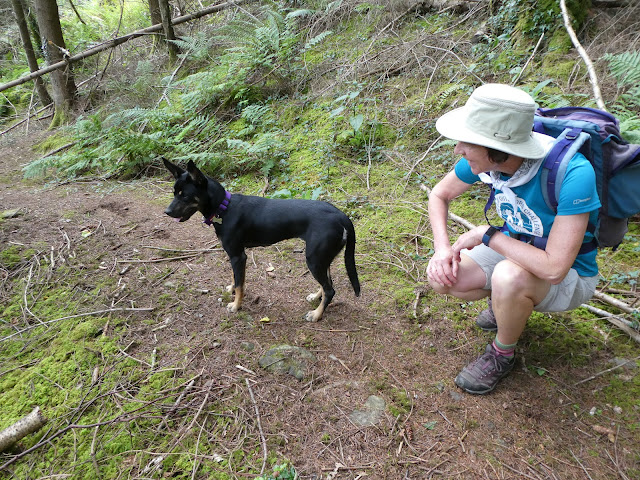 We finally escaped her attentions and took a wrong turn in the forest, passing a mine entrance that looked enticing. 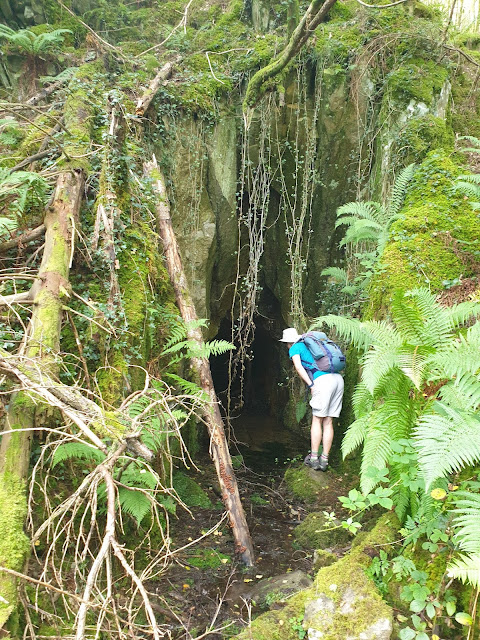 However, we decided to keep our feet dry, fought our way up a steep gully to join our outward route where it left the forest, and descended back to Llyn Tan-y-graig, now bathed in sunshine. 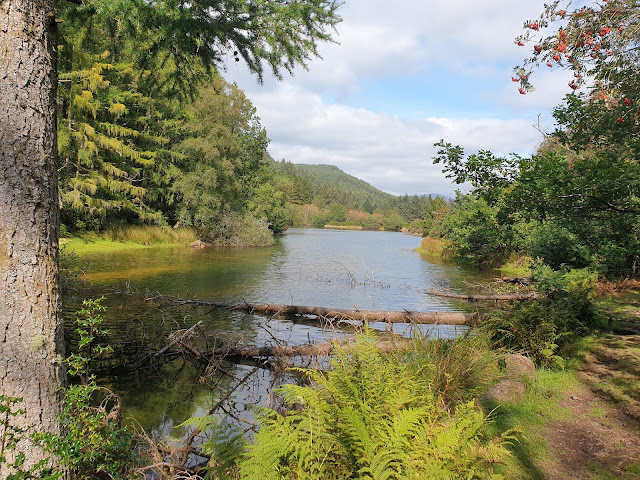 Some of the trees are now laden with berries, and we admired a selection of 'relics'. 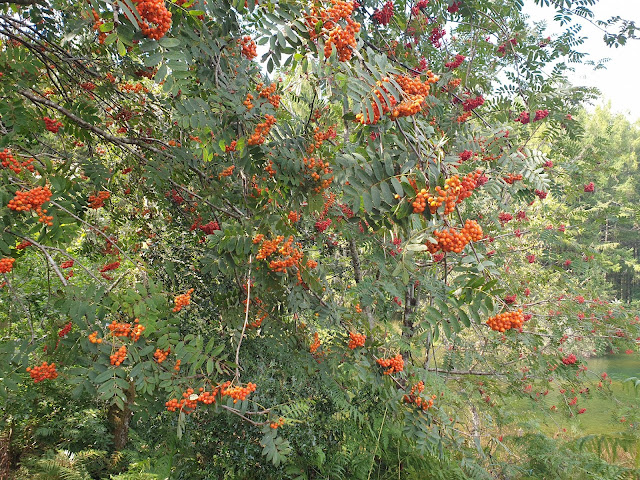 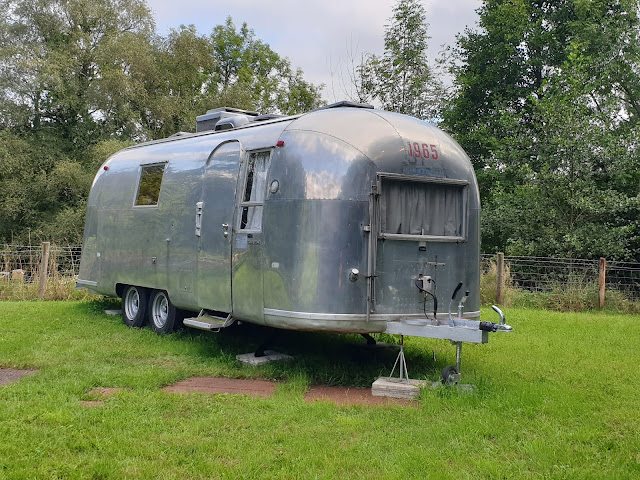 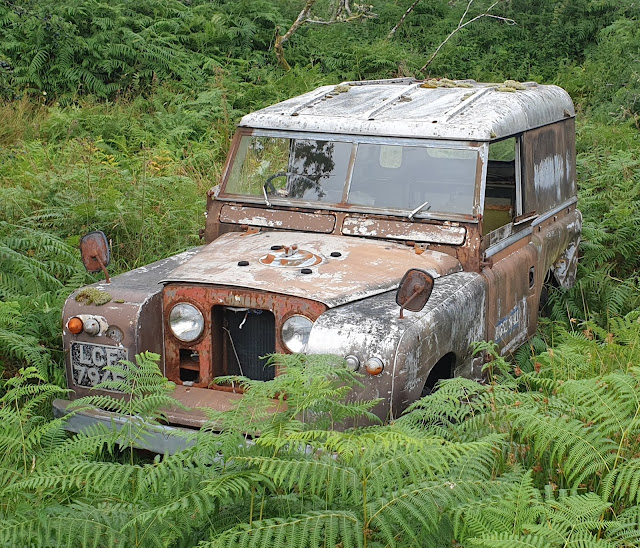 We were back at the car before 4pm, after taking over five hours to walk 14 km with about 600 metres ascent. Our route is shown in the picture below, the start and finish being at the car park in the right hand bottom corner.

What a varied walk. For me heather in bloom is special as are old Land Rovers. Where was the precipice?

The 'precipice' is the tramway section to the south of Moel Ispri. Just steep hillside really.

Looks a cracking day out. The relic of the airstream caravan is worth a few bob these days. The numbers on the van "1965" are not dates but the build number.