Another Moore Lane Circuit on the bike 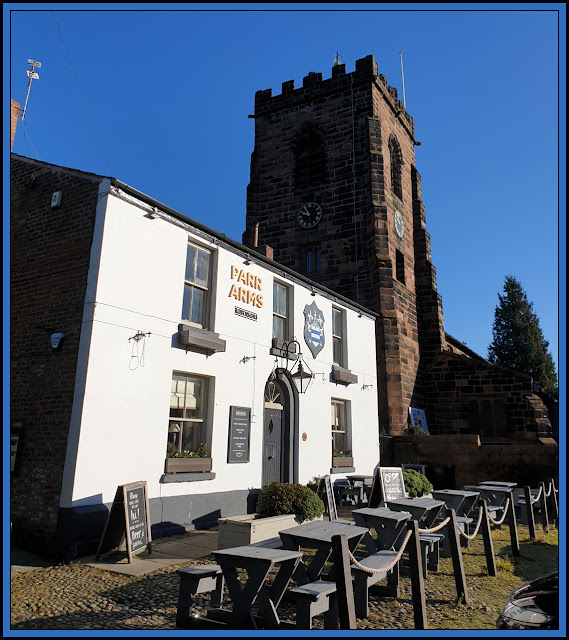 The first of a few bike rides, I suspect, as my poorly foot hopefully repairs itself. Today, Alastair joined me for an easy three hour ride on the 'Moore Lane Circuit' roughly as described here and elsewhere.

After some pretty grey days, today turned out to be a beautiful 'blue sky' day. These first two pictures were taken in Grappenhall. I probably have a big library of similar shots! 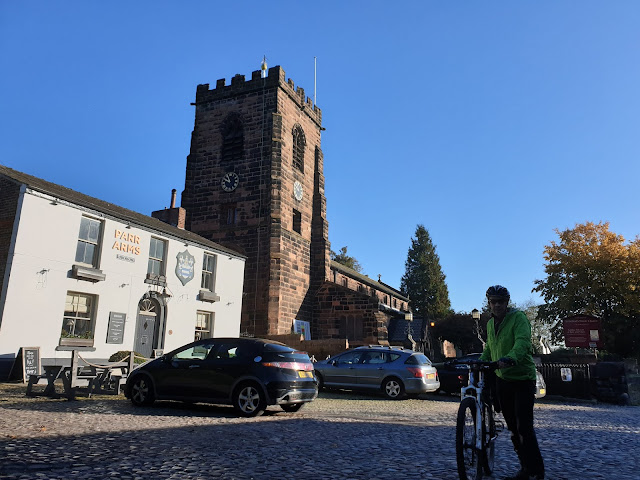 We stopped for refreshments at Acton Grange Bridge, where a passing barge added colour to the scene. 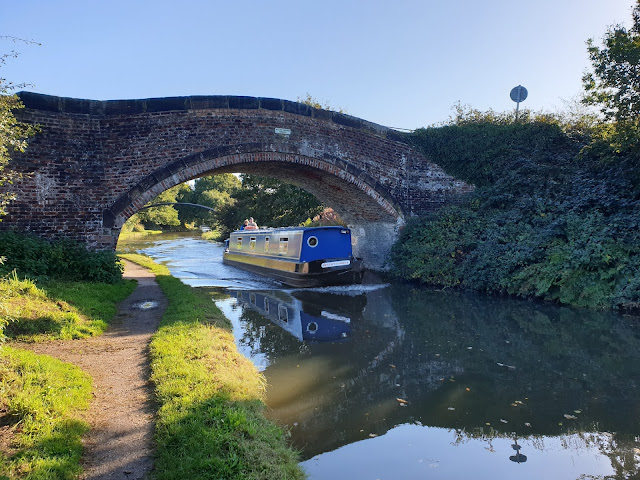 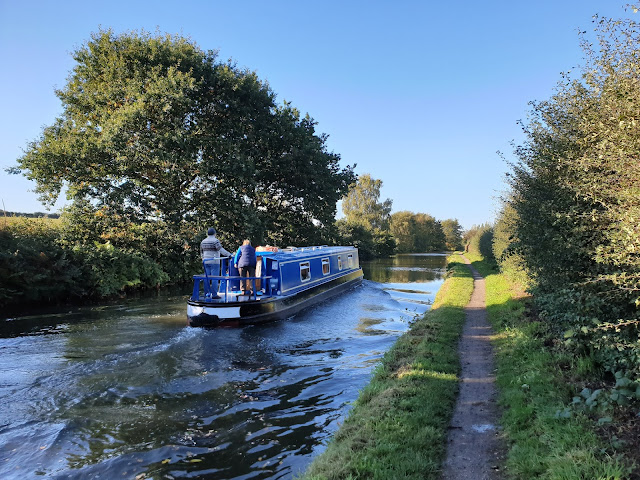 The dappled sunlight through the trees that line the Trans Pennine Trail beyond Thelwall is often delightful, and that was the case today. 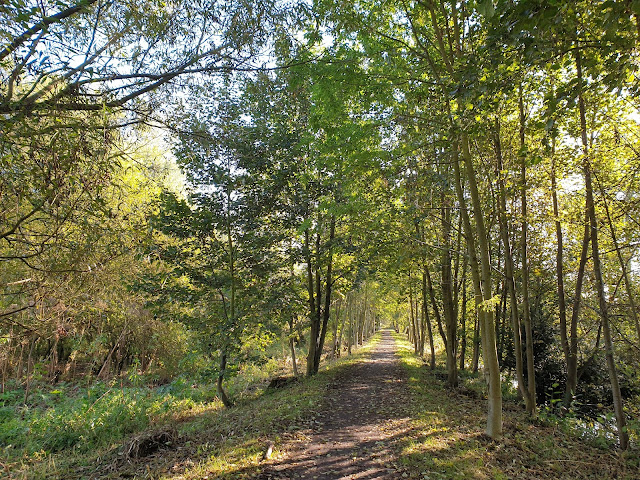 Alastair peeled off at the site of the Bay Malton and I continued home on a TPT based route, unfortunately crashing into another rider when joining the canal towpath near Walton Road. Oops!
The 51 km ride took me about three and a half hours, plus a few minutes to hose down the freshly serviced Stumpjumper bike.
Posted by Phreerunner at 16:46