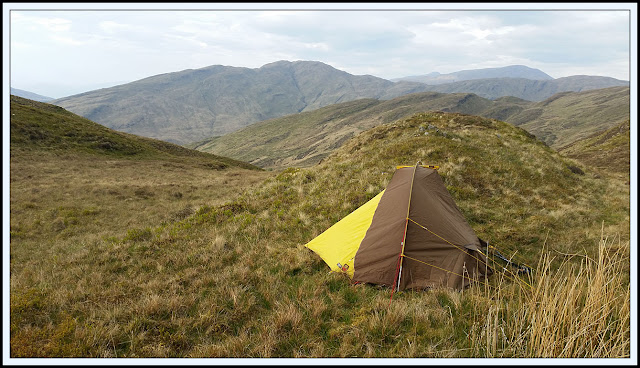 2017 saw me setting off on a solo crossing, starting again at Oban, but taking the ferry to Lismore and following my planned route, as reported at the time:

I've still not processed the photos from this crossing, on which I used the stalwart Phreerunner tent, which performed as well as ever, and on this day was positioned exactly as planned on the slopes of Beinn Churalain.. 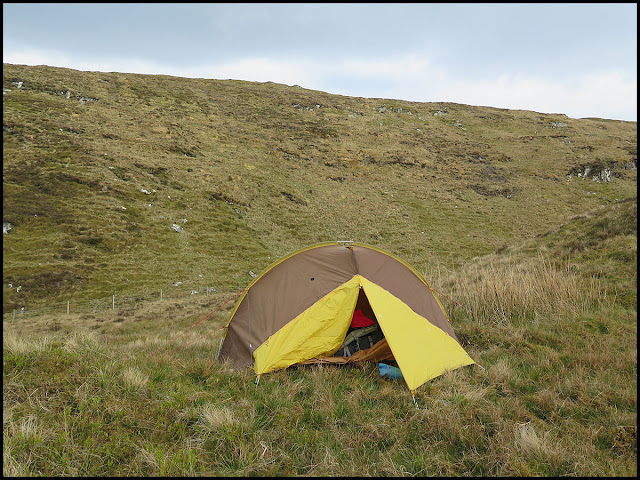