Today's walk, after cleaning the house and enjoying a coffee with Dave, was a short outing on the way home. Starting at Plas Penaeldroch Manor, near Dolwyddelan, we noted that the café is still shut. The owner told us that it was unlikely to reopen any time soon due to Covid regulations and staffing issues. But the B&B has seen good business this year and he has no objection to walkers parking at the Manor. It would be courteous to ask permission. We had already parked in a small lay-by nearby.

The walk continued past Lledr Hall, a fine looking building now used as an outdoor centre by Salford Council. Trees obscured my attempts at a photo.

Beyond this, our route followed that of Afon Lledr, passing a railway bridge before hugging as close to the river, which proceeded through a narrow gorge, as practicable. 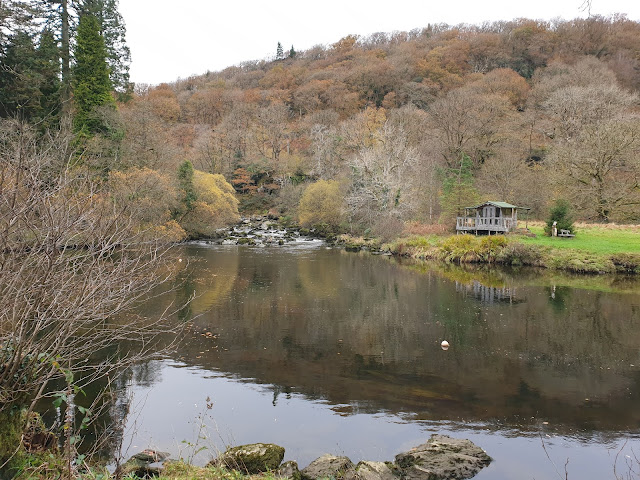 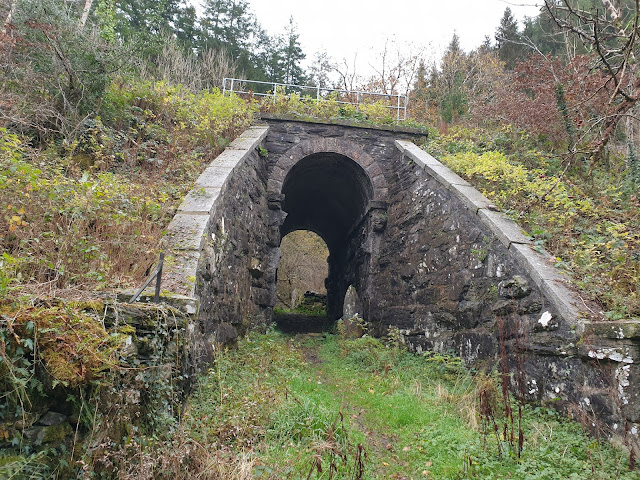 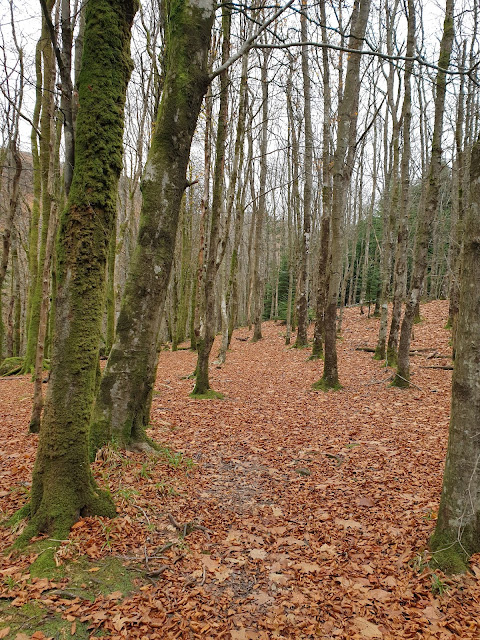 Our path was through soggy leaf litter, but those attempting the path on the left bank of the river would be less comfortable. I wouldn't recommend the 'path' shown below - it soon deteriorates into a steep metal ladder with very few rungs. 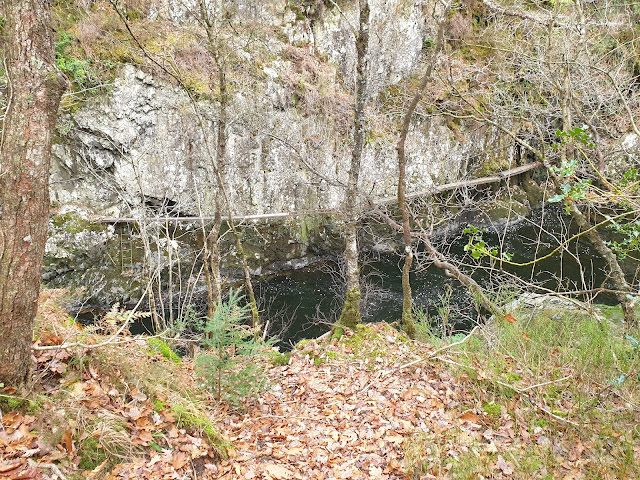 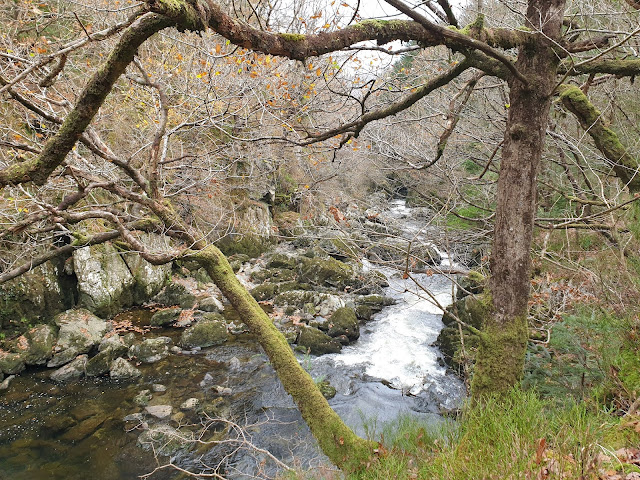 Emerging at a campsite, we were accosted by a chap who wanted to know whether it was possible to walk from here to Betws-y-Coed. It is. "I have a map", he told us. We adjourned for lunch by the river. 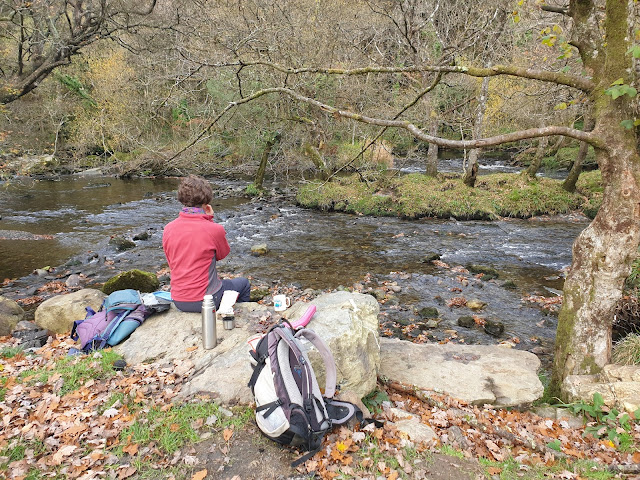 After lunch we continued to a tunnel under the railway. Here is Pont Gethin, built in 1875, the bridge that takes the railway over the Lledr river. I failed to take a good picture on the overcast day, but we have managed a full week's walking without having had to call on our waterproofs!
Sue spotted a badger, but like me was too tardy with her camera. 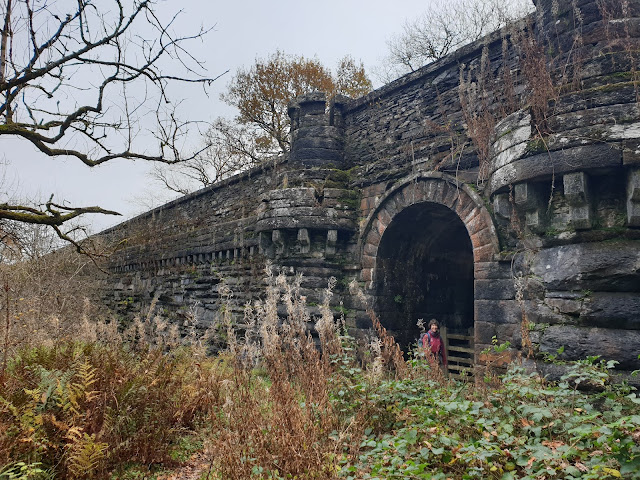 The path then rose a bit, and looped around to follow the railway before rejoining our outward route and returning past Lledr Hall and the Manor. 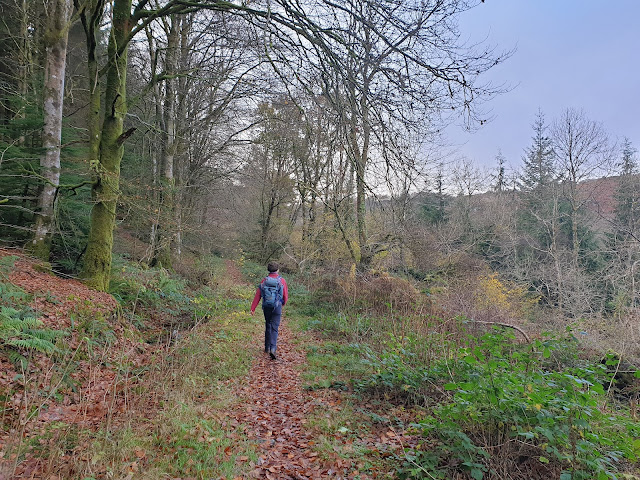 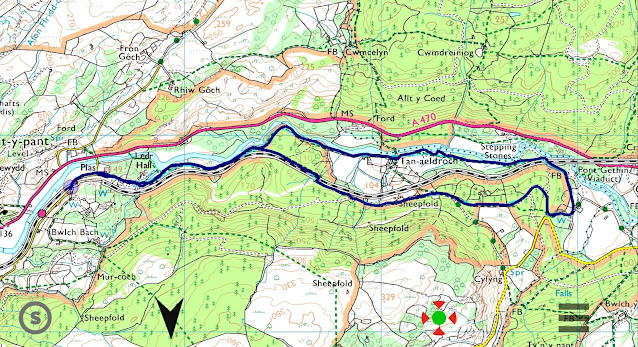