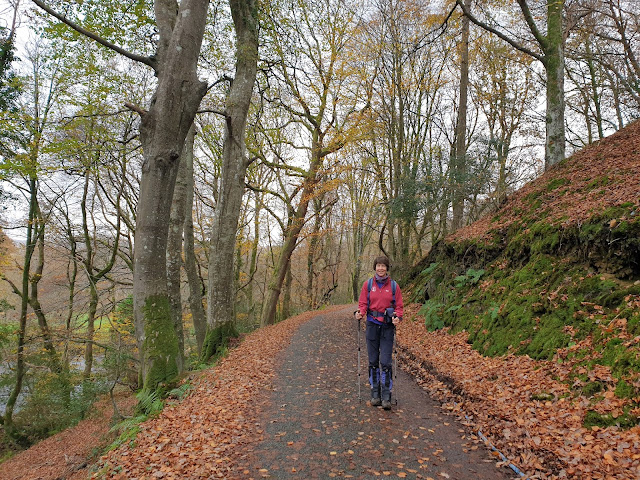 Today's outing involved a delightful circuit from Llanbedr, near Harlech.

Starting in woodland, we could admire what may be the last of the autumn colours, which from a distance appear as a russet tablecloth over Snowdonia.

Other parking places are available! 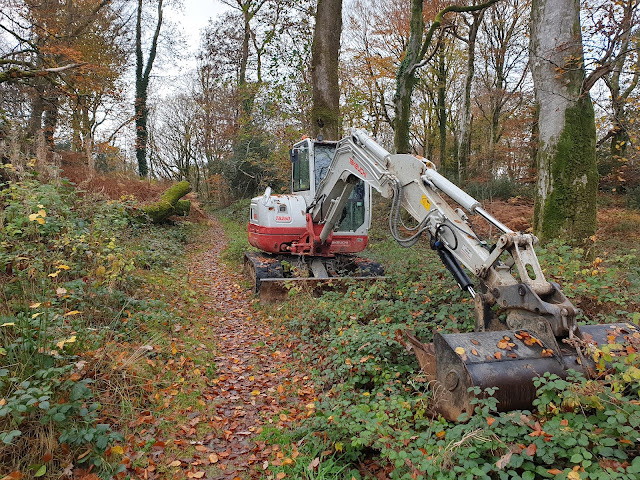 One feature of these parts that we have noticed is the farmers' love of storing 'kit' in old vehicles. Yesterday we passed a farm with around 20 such vehicles, and even the poorest farms have a modest collection of vehicles rescued from the scrap heap and converted into wardrobes.
Our woodland stroll took us past a small reservoir before crossing the Afon Cwmnantcol. A river. 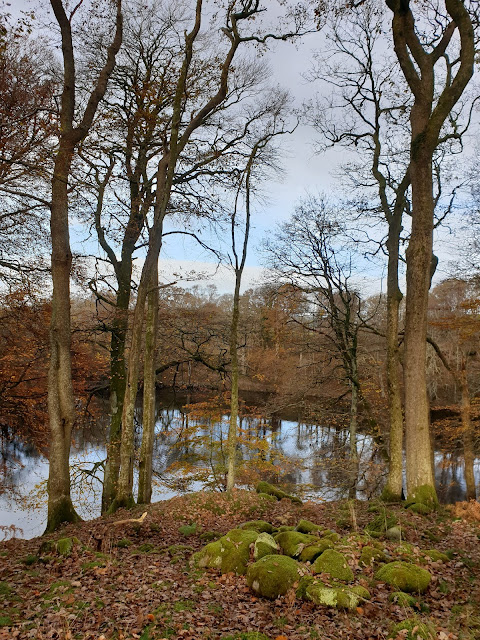 The campsite by Nantcol was closed until March, so there was nobody to collect our £1 entrance fees for the falls. I took a picture of a tree, showing how far into autumn we are. A strong wind or a bit of frost will bring the remaining leaves to ground. 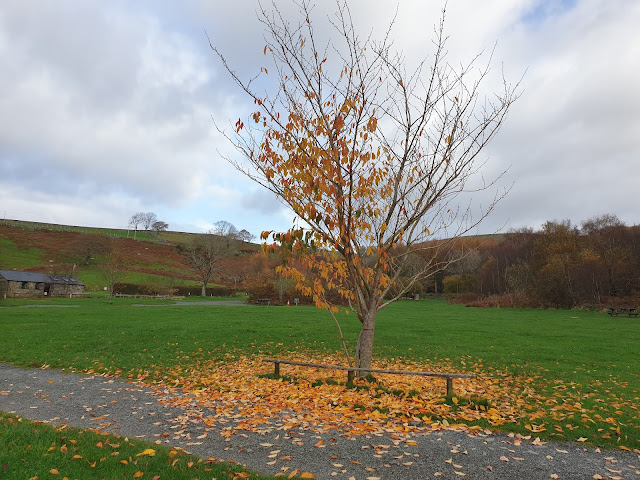 The waterfalls are pleasant enough, but not spectacular. What can you expect for an uncollected pound? 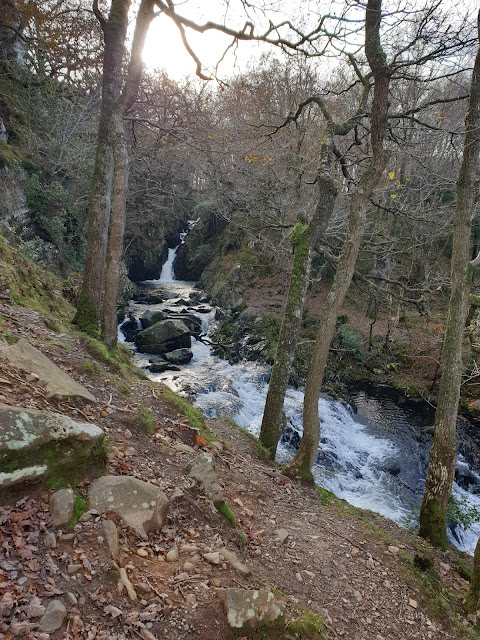 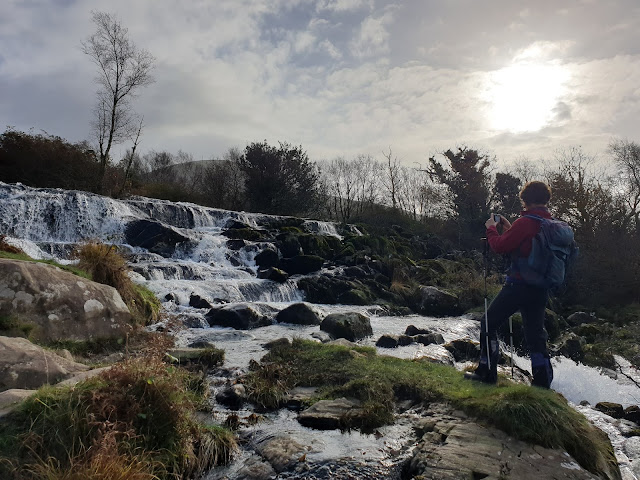 However, one of the campsite trees did produce a result. It must have been full of berries and insects. Tree Creepers (the first I've seen this year) were scouring the trunk, and Long-tailed Tits and a variety of other birds were scoffing the berries.
A series of blue topped (why not yellow?!) posts conducted us around a pleasant circuit of about 2km, with open views. 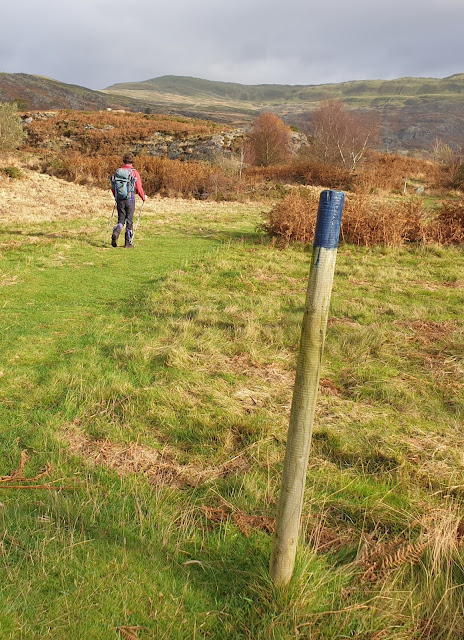 Continuing on our anticlockwise circuit from Llanbedr, and after some tasty cheese butties for lunch, we were soon entering more woodland with another unpronounceable Welsh name. We were righteous - the sun was shining on us. 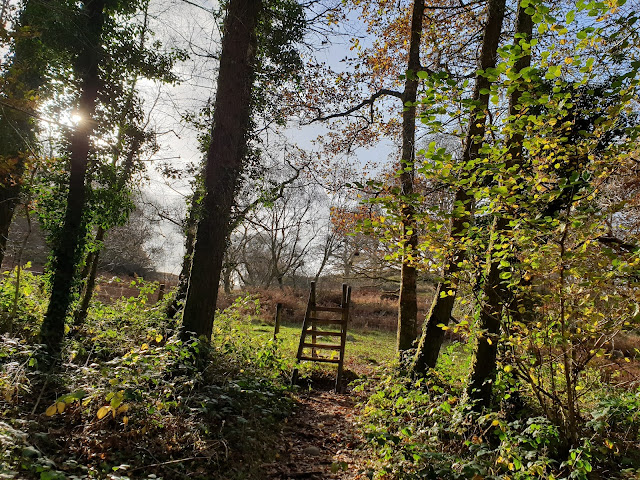 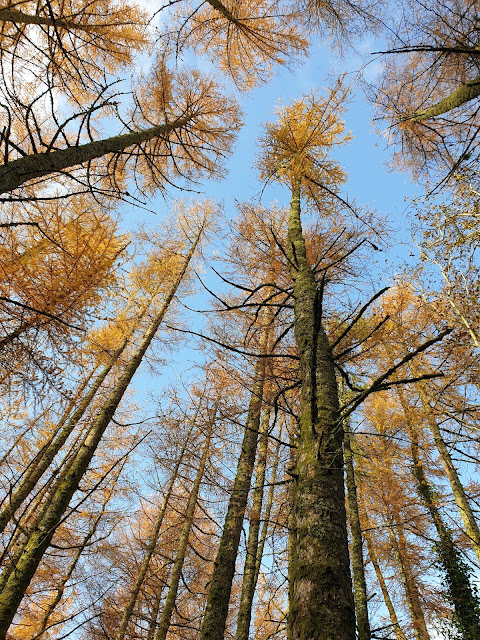 In between the woodland sections, this route often presented us with lovely open views to the Rhinogs and other hills. 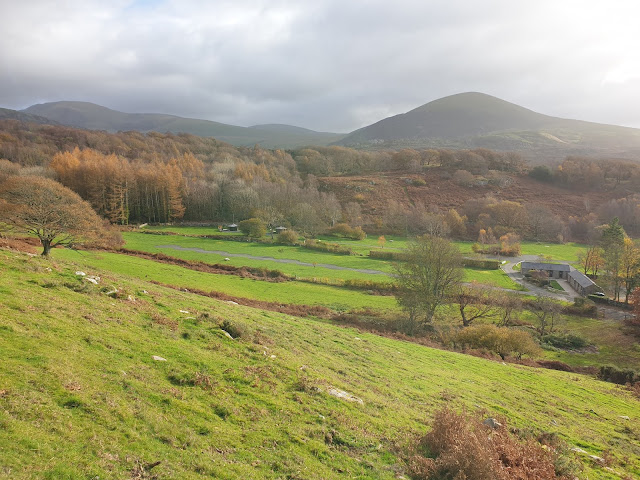 Then we returned to the woods, and some giant specimens of fungi. Sue has more pictures of them which will be 'broadcast' in due course. 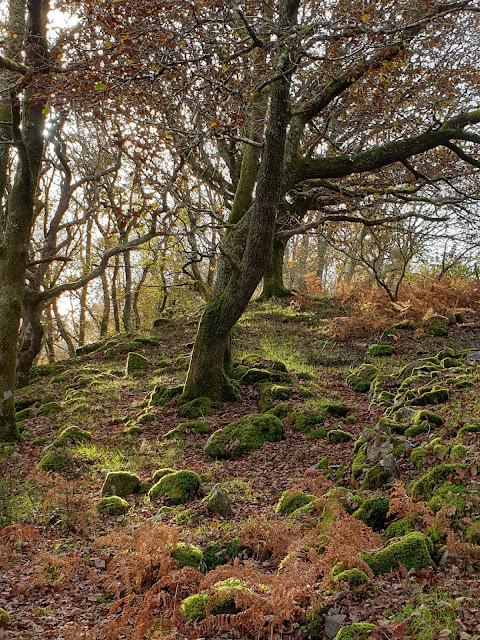 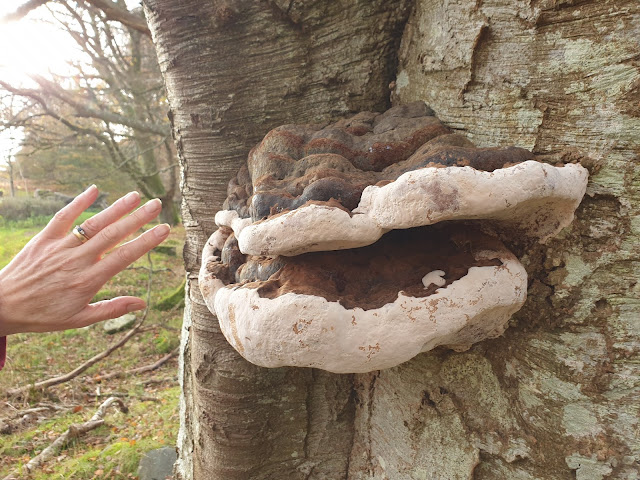 More open views greeted us, before a final descent along a narrow lane back to Llanbedr. 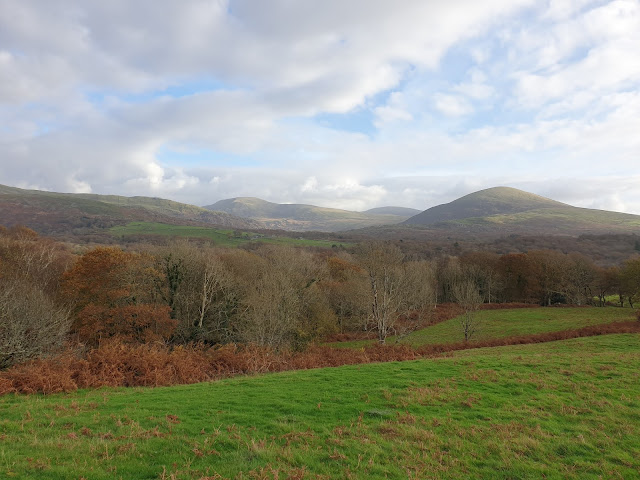 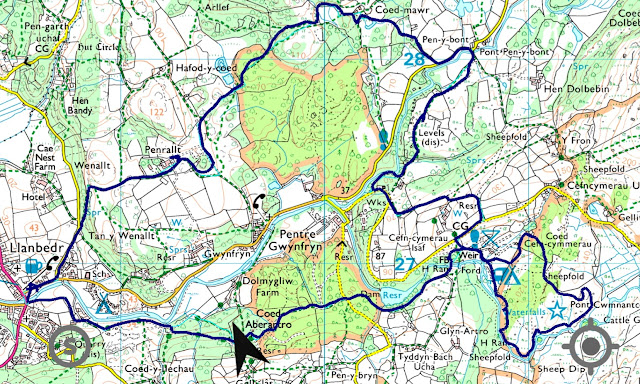 Another great little outing.
Posted by Phreerunner at 18:41

Nice walk, nice photos. Especially like the one looking up the length of the trees and the Takeuchi TB260 which would set you back about £75,000 new.